Former German national football team player Mario Basler was once considered a gifted winger, who could even score a goal with corner kicks. He was also fond of gambling beyond the soccer pitch. This makes him an ideal advertising spokesman for gambling giant Betsson. The company uses an "80 euro ($90) welcome bonus" for sports bets to entice anyone who clicks on Basler and pays 40 euros. In the online casino next door on the website, customers are promised a bonus of up to 500 euros for opening an account. Some 18 million people worldwide reportedly play poker on the Betsson site.

Online gaming is actually banned in Germany, and only a few licenses have been granted for sports betting providers. But because the police seldom investigate these cases, a giant, relatively unchecked market has taken shape, generating billions of euros in revenues each year in Germany alone. Hardly anywhere else can providers make money more quickly, and experts warn that nowhere else can criminal income be laundered more effectively.

The Mediterranean island of Malta is at the center of the profitable European online gaming industry, accounting for 12 percent of the country's gross domestic product. Betsson and other major gambling companies openly advertise their EU licenses obtained in Malta. Their servers are located in "highly secured venues," and all employees are vetted for security issues. According to Betsson, customer balances are absolutely secure with banks.

A whistleblower who worked for the Lotteries & Gaming Authority, now known as the Malta Gaming Authority, told SPIEGEL what government supervision really looks like. "If they had the right connections, companies were working for years without controls. Contrary to the rules, information technology systems were not audited. It is possible that money disappeared," says Bulgarian IT expert Valery Atanasov. He spent years in Malta monitoring the online gaming companies' IT systems for the country's supervisory authority.

The rules imposed by the Maltese authorities sound perfectly reasonable. A company needs a license to open an online casino. Any changes to gaming rules or equipment must be reported immediately. Computers and servers were required to be sealed by employees of the government supervisory authority.

But things often look different in practice. "I have a long list of equipment which needs to be sealed for the Betsson Platform, Betsson Malta and Realm Entertainment," Robert Zammit of the law firm WH Partners wrote to Atanasov in a Jan. 30, 2012, email. When the Bulgarian followed up, it turned out that the Swedish-Maltese gaming company had long been using dozens of servers for many types of games of chance, and that these servers had not been sealed before use. This is why it is no longer possible to determine whether everything was on the up and up with the computer games, says the IT expert.

Betsson attorney Zammit admitted in an email that the majority of the servers were not sealed after the installation. But Atanasov's supervisor at the supervisory authority was apparently unimpressed and ruled that Betsson could continue operating. In an email, the authority wrote that the company should make sure it sticks to the rules in future.

Looking the Other Way

Three days later, the then chief supervisor, Joseph Borg, granted Betsson a tentative extension of the licenses, which also serve as the basis for business with German and other international customers. A few months later, Borg left his position as chief supervisor for a job with Betsson's law firm, WH Partners, which specializes in obtaining licenses for gaming providers in Malta.

"Sealing doesn't have any impact on security," Betsson wrote to SPIEGEL, adding that the company has nothing to do with tax evasion and money laundering. According to the regulators, sealing the devices was never a legal requirement. Because better technical monitoring options exist today, simple labeling is now sufficient. Atanasov disagrees, saying: "Betsson's license should have been withdrawn." This is not an isolated case, he adds. In fact, millions of transactions are made in Malta without real oversight. Atanasov says that he was increasingly at odds with his supervisor because of this repeated internal warnings about the problem.

In early 2013, Atanasov contacted the Internal Audit and Investigations Department, a supervisory authority in the office of the prime minister, to report on Betsson and a few other cases. When nothing happened, the Bulgarian wrote to Prime Minister Joseph Muscat in February 2014. Atanasov was fired soon afterward and he has since tried in vain to obtain severance pay.

Although the Maltese authorities are apparently willing to look the other way when it comes to the billions in the online gaming companies' international business, a few dozen inspectors do keep tabs on the island's casinos. This is probably because they are frequented by Maltese citizens, and local politicians are eager to avoid problems.

The international business is rarely in the spotlight. In 2015, the Italian police broke up a gambling mafia ring with alleged ties to the Calabrian 'Ndrangheta. They arrested 41 people and seized 2 billion euros. Because the Italians presented evidence of money laundering in the gaming industry, a few online providers in Malta were shut down and six Italians were extradited.

"There is an urgent need for us to stop the easy laundering of criminal funds in Malta," says Sven Giegold, a member of the European Parliament with the Green Party. Atanasov, the expert, has a simple proposal: Every country can simply block certain IP addresses of gambling companies in Malta in the same way that his native country Bulgaria does. 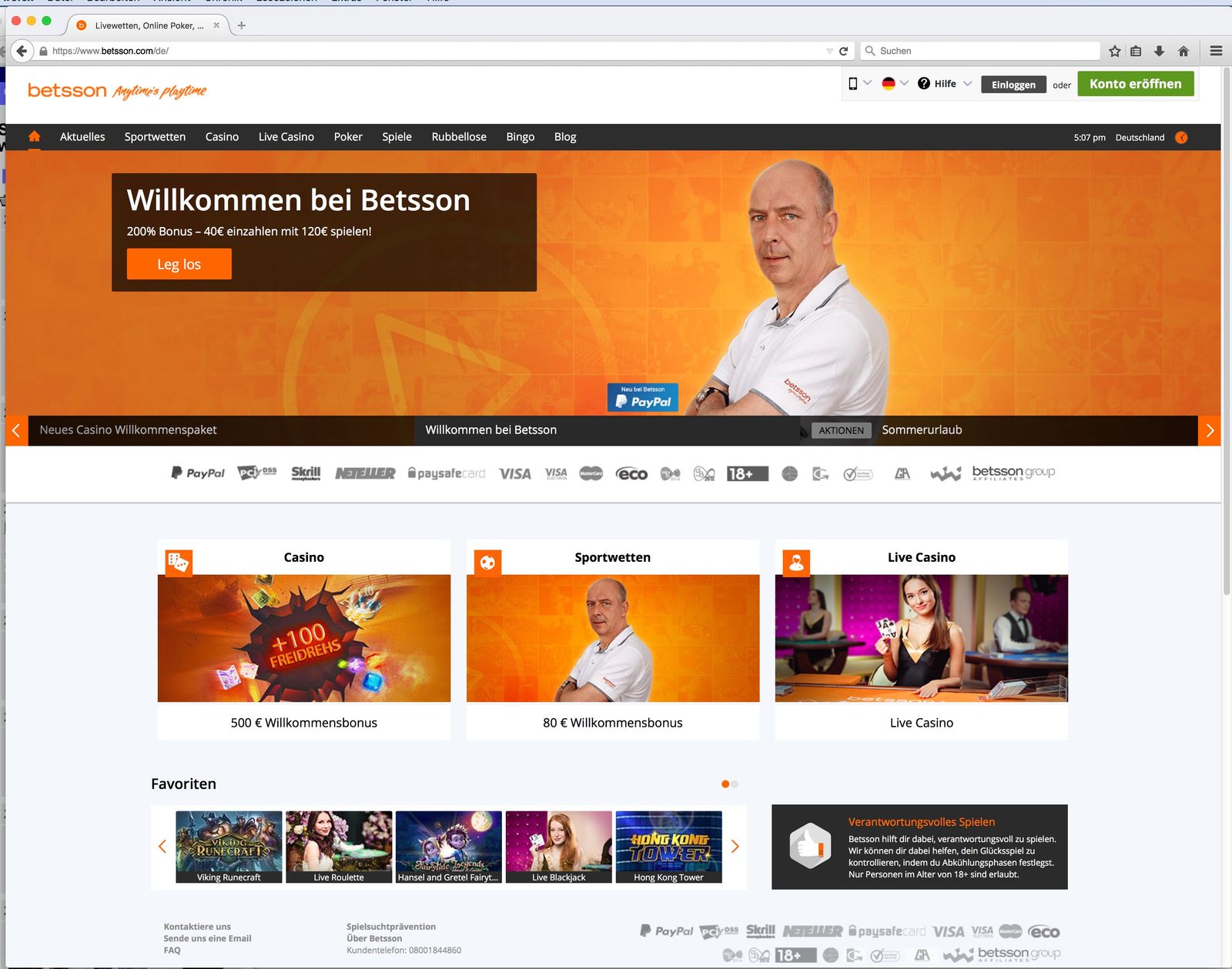 The Betsson website with an image of Mario Basler