United States President Donald Trump has ample reason to be satisfied with the World Trade Organization (WTO). In his eyes, the body has helped him achieve all sorts of victories. Just last October, for instance, the WTO condemned European Union subsidies for Airbus and awarded the United States the right to impose tariffs on $7.5 billion (6.8 billion euros) of European imports.

"We're having a lot of wins at the WTO since I became President," Trump said at a press conference with the Finnish president in October, dismissing a remark by a journalist who pointed out that the WTO had been weighing the Airbus case since 2004. "Excuse me. Your wins are now, because they think I don't like the WTO, and they want to make sure I'm happy."

In fact, Trump is doing everything he can to undermine the organization -- and barring some miracle, he will achieve that goal this week.

For two years, the U.S. has refused to fill vacancies within the WTO's dispute settlement system. The appellate body, an important panel that mediates trade disputes, should have seven members. These are usually experts in trade law, diplomats or government officials. Currently, however, the panel has only three members, the minimum needed for the body to be able to do its job. On Dec. 10, the terms of two of those members will end, leaving the WTO without an appellate body and the world without its most important mechanism for resolving trade disputes.

As might be expected, the mood at a recent summit of the EU's trade ministers was rather despondent. The Finnish minister, Ville Skinnari, whose country currently holds the rotating presidency of the Council of the European Union, spoke of a "critical situation." In late November, the European Parliament also unanimously adopted a resolution warning against "very serious consequences for the rules-based multilateral trading system."

The WTO was established to resolve trade disputes. Any member country can turn to the body if it feels like it has been subjected to unfair competition. Two-thirds of all cases wind up at the appellate body, which has the last say and is therefore considered by many to be the most powerful court in the world. When the body ceases to function on Wednesday, the entire WTO system will collapse. Any country that loses a case in the first ruling can simply appeal to a body that will be powerless to do anything -- and then continue doing whatever it was doing before. The rules that govern global trade will effectively no longer apply.

So, why is Trump even attacking the WTO? No other country has turned to the organization as often or as successfully as the U.S. Since the WTO was created in 1995, Washington has initiated 124 arbitration proceedings -- and won most of them. The EU comes in second, with 104 complaints, followed by Canada with 40. "The Americans," says Daniel Caspary, a trade expert with Germany's conservative Christian Democratic Union (CDU) party, "have by far the most to lose."

Officially, the U.S. government has said that developing countries in particular have profited unfairly from the WTO. China, which has risen to become the U.S.' main economic competitor, also falls into this category, as far as the Trump administration is concerned. "The WTO is BROKEN when the world's RICHEST countries claim to be developing countries to avoid WTO rules and get special treatment," Trump tweeted in July.

The European Commission has conceded that some of Trump's criticisms are justified. According to the agenda set by his new boss, Commission President Ursula von der Leyen, EU Trade Commissioner Phil Hogan should therefore make reforming the WTO one of his "top priorities."

But does the Trump administration even want the WTO to survive? In Europe, many are operating under the assumption that Trump believes the U.S. would be better off in a world without the WTO, where it could hash out better conditions for itself.

Reinhard Bütikofer, a member of the European Parliament with the Green Party, says it's unclear whether the U.S.' demands for WTO reforms are to be taken seriously, "or whether they're more interested in seeing the whole mechanism break apart." Either way, Bütikofer adds, cooperation can't exist "if the president and his trade representative treat their partners as enemies."

There's no sign that Washington has any intention of changing course. On the contrary. In November, the U.S. even threatened to block the WTO's budget for 2020 and 2021. Less than two weeks later, Dennis Shea, Trump's ambassador to the WTO, spoke angrily about WTO judges' salaries, saying they earn more than 300,000 Swiss francs, tax-free, for what was a part-time job.

The U.S. has offered to approve the budget, but only under the condition that the appellate body's allocation be cut by around 90 percent. Even if the U.S. were to make it possible to name some new judges to the court, it would still likely be dead.

"The Americans feel like the victors after the WTO ruling on Airbus," commented one German government official, adding that there was currently "no willingness on the part of the U.S. to talk with the EU."

In response, the European Commission has been trying to set up an alternative system for months. The plan is for bilateral agreements to be set up that would essentially copy the WTO's dispute settlement system. Ultimately, a "plurilateral" system could emerge -- an agreement among a handful of countries.

Of the 164 WTO member nations, however, so far only Canada and Norway have expressed a willingness to conclude bilateral agreements with the EU. But EU diplomats do say that Russia and Brazil could join that roster in the near future. Officials at the Commission don't want to go public with who they are talking to due to concerns by these countries of retaliatory measures by the U.S.

A Veiled Threat from the EU

Once the WTO dispute settlement body is paralyzed, the concern is that "might makes right" will became the default law in global trade, a possibility the EU is already preparing to deal with. Commission President von der Leyen, for example, has asked Trade Commissioner Hogan to strengthen the EU's Enforcement Directive "so that we can use sanctions when others take illegal action while blocking the WTO dispute settlement mechanism." It's a barely veiled threat of sanctions against the U.S.

The instrument could be put to use soon. The WTO is currently in the process of taking legal action against the U.S. in response to a complaint filed by the EU about American subsidies paid to aircraft manufacturer Boeing, an action taken in response to the suit against Airbus.

The first ruling in the case could come as early as next year. If the WTO rules that the subsidies are illegal, the European Commission would be permitted to respond in the form of punitive tariffs on American products. The U.S. could appeal such a ruling -- to the very body that they will likely have shut down by then.

Under that scenario, the EU would still be able to impose sanctions, thanks to the planned legislative amendment -- and the U.S. would no longer have an arbitrator to complain to.

CDU politician Caspary hopes that the U.S. government will have realized by then that it is only harming itself by destroying the WTO. "It's better to distribute more pieces of the pie from a bigger pie to everyone than to get the biggest piece from a smaller pie," he says. But perhaps he's wrong and all that Trump cares about getting is the biggest piece, regardless of the size of the pie. 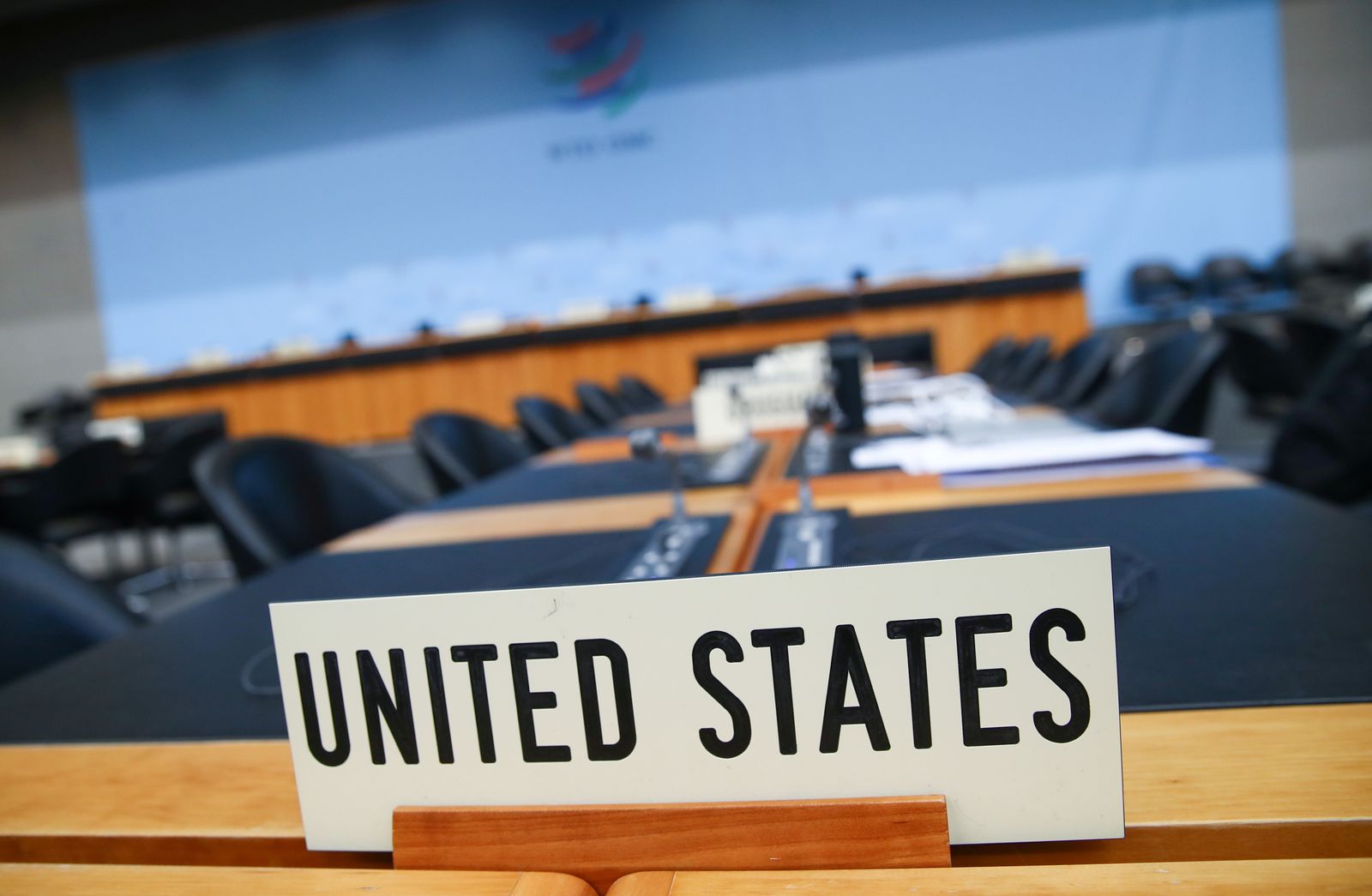