SPIEGEL: Mr. Teyssen, after the dramatic events in Japan, the German government has imposed a three-month moratorium on old nuclear power plants. Seven of Germany's 17 plants will be taken offline in the coming days. When will the remaining plants follow suit?

Johannes Teyssen: Chancellor Angela Merkel has correctly pointed out that we will need nuclear energy for quite a bit longer as a "bridge" technology (to the era of renewable energy). It may already now become extremely difficult to keep the electricity grid stable. Even more extensive measures would be impossible to absorb.

SPIEGEL: Whenever power plants are to be shut down, the electric utilities warn of the dangers of supply shortages. But that hasn't happened yet.

Teyssen: We don't play around with dangerous situations. We have informed the Economics Ministry that there may be problems with grid stability following the planned shutdown of the nuclear power plants.

Teyssen: The grids are not designed to handle such a serious redistribution of loads. Major capacities will be eliminated in the south (of Germany) as a result of the power plant shutdowns. We lack the necessary power lines to transmit wind-generated electricity from the north. This could lead to massive problems in the grid, even power outages.

SPIEGEL: Large parts of the population and many politicians feel that the moratorium doesn't go far enough. They want a complete phase-out of nuclear technology. Can you refuse to give them that?

Teyssen: Of course, we cannot and will not refuse to cooperate if the German parliament reaches such a decision. However, I assume that it will not come to that. Assuming that the outcome of the security inspections that have now been announced is positive, the advantages of nuclear energy as a bridge technology, in terms of energy and climate policy, remain undeniable.

SPIEGEL: What makes you so optimistic? The images from Japan have made it strikingly clear that the technology cannot be controlled. People are afraid.

Teyssen: And we take that very seriously. But we shouldn't act too hastily. Instead, we should thoroughly discuss the entire question of safety and energy at the appropriate time in the political sphere and within society. What should the energy mix look like? When will the infrastructure, including grids and storage facilities, be available? All of these questions have to be answered.

SPIEGEL: Aren't you just trying to play for time, with key state parliamentary elections about to take place in Baden-Württemberg and Rhineland-Palatinate?

Teyssen: We aren't playing for time. We are firmly convinced that E.on power plants satisfy the world's highest safety standards. We have considerable contingency funds and employees who deal with the technology responsibly. This also applies to the older reactors.

SPIEGEL: Why, then, did you agree to the moratorium?

Teyssen: We didn't agree to it. We have merely taken note of the moratorium.

SPIEGEL: You are shutting down two E.on nuclear power plants. Doesn't that mean you're agreeing with the moratorium?

Teyssen: Directives that are issued under the Atomic Energy Act must be implemented immediately. That's what we are doing. This is not the right time for anything else.

Teyssen: The current crisis is in Japan, not Germany. My solidarity is directed at the people there that are desperately fighting against the horrible consequences of the reactor accident. We are currently assembling aid resources such as radiation protection gear for our Japanese counterparts. These things take precedence. The discussion in Germany can wait a few weeks.

SPIEGEL: The legal underpinnings of the moratorium are disputed. Will you take legal action against it?

Teyssen: This question doesn't arise at the moment.

SPIEGEL: But German corporate law obligates you to examine the legality of such a far-reaching step as shutting down a reactor.

SPIEGEL: Does acting ethically mean in this case not filing any legal objections to the moratorium?

Teyssen: Acting ethically means devoting all of our energy to coping with the catastrophe in Japan. We should take time to address the German problems and the phase-out and retrofitting discussion. Most of all, we should wait for the results of the safety inspections. They will provide us with initial answers, which may possibly force us to take action anyway.

SPIEGEL: What exactly do you mean?

Teyssen: We at E.on would not operate a plant for one second longer if we were not convinced that it was safe. But if one result of the upcoming tests is that one or more nuclear power plants can no longer be operated safely, in light of what we now know from Japan, we won't have any choice anyway.

SPIEGEL: Then you would shut down the nuclear reactors?

Teyssen: I cannot count on such an outcome, because the information from Japan hasn't been analyzed yet, nor have criteria for a Europe-wide "stress test" for nuclear power plants been defined, not to mention the fact that such stress tests haven't been performed yet. You can't go into such an inspection with self-assurance. But of course we'll shut down the plants if that's what the results of the inspection indicate. And this doesn't just apply to Germany, but to all of Europe. 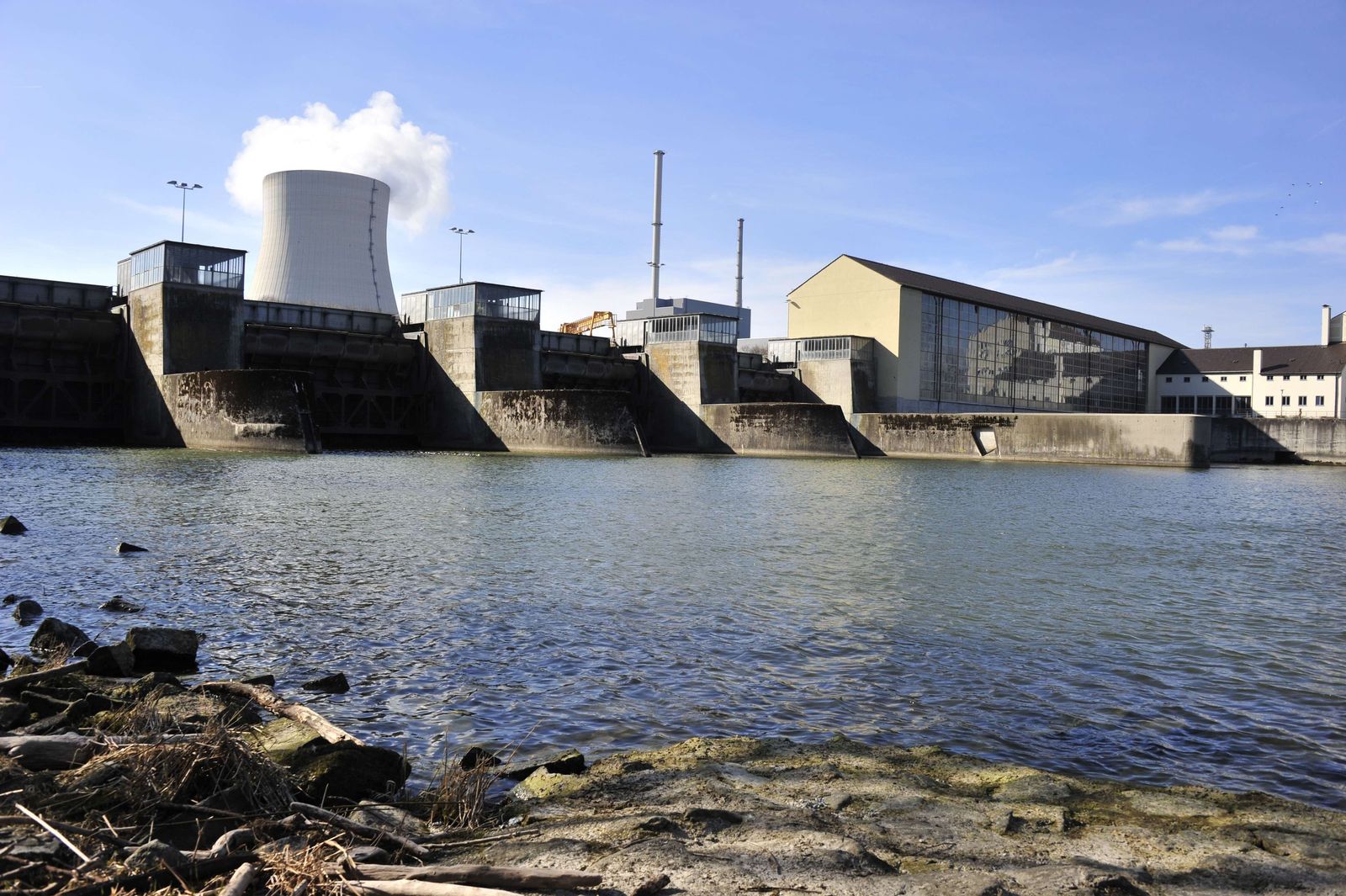 The nuclear power plant Isar 1 near Landshut, which is run by energy supplier E.on. is being shut down as part of the nuclear energy moratorium announced by Angela Merkel.