Experts already thought it was a done deal that India would purchase Europe's prestigious Eurofighter fighter jets -- if for no other reason than the fact that the purchase would have made India the fifth country in the EADS consortium, as the government in New Delhi had been promised. In a recent letter to her Indian counterpart Manmohan Singh, German Chancellor Angela Merkel wrote that India would become a "fifth partner country" next to Germany, Britain, Spain and Italy.

Besides, who's ever even heard of the Rafale fighter jet? French defense firm Dassault has unsuccessfully tried to sell its aircraft to Morocco, Brazil, Switzerland and the United Arab Emirates. In the end, though, not a single potential buyer bit. Outside of the French air force, no other country has any Dassault fighter jets in its fleet. That's why officials in Paris went out of their way to tout how well the fighter jet had served France recently during deployments in Afghanistan and Libya. For his part, 86-year-old Dassault Chairman and CEO Serge Dassault has publicly stated over and over again that he sells the "world's best airplane."

On Tuesday, India astounded experts by deciding in favor of the Rafale. The country is now planning to purchase a total of 126 fighter jets in a contract that will be valued at around $10 billion. The aircraft will replace the Indian air force's older planes and will ultimately comprise one of the biggest deals in global defense history.

Observers in India also expressed surprise over Tuesday's move. "We had assumed that the Eurofighter would be purchased because it would have enabled India to simultaneously befriend four European countries," one Indian air force officer said after learning of the government's decision.

Officials at the Indian Defense Ministry have stated the government decided in favor of Dassault because it made the lowest bid, and that that alone had been the decisive criteria. But neither Dassault nor the Indian government has publicly stated anything about the exact price. Indian newspapers are speculating that the price of the Dassault fighter jets was about $5 million cheaper per unit than the pitch made by EADS for its Eurofighter Typhoon aircraft. In addition to Dassault, the Eurofighter consortium, American defense giants Boeing and Lockheed Martin, Swedish manufacturer Saab and the Russian Aircraft Corportation, with its Mig-35, all competed for the contract. The news leaked in April that the Rafale and the Eurofighter had been shortlisted in the competition.

On Tuesday, European defense giant EADS, which is part of the Eurofighter consortium, expressed its disappointment over the decision. A spokesperson in Munich said the company had pitched what is currently the most advanced fighter jet on the market, but that it would respect India's decision. Part of the production of the fighter jet takes place in nearby Ingolstadt. The spokesman said that production at the site has been secured until 2017.

It appears that neither politics nor other criteria were applied in the decision. The Eurofighter consortium had offered India the prospect of creating 20,000 jobs in the country as well as the opportunity to further develop the aircraft in the future together with the current partner countries and to establish India as one of the production sites for delivery of fighter jets to other countries.

However, Dassault also offered the prospect of creating jobs in India. The country has set the condition that the first 18 fighter jets must be delivered within 36 months and that the remaining 108 jets will be assembled in India.

A Visit By Sarkozy to Delhi

Dassault had only remained in the running because government officials in Paris had intervened politically in New Delhi. Initially, the French had fallen out of the running -- reports in India indicated they had made a poor offer. But in December 2010, French President Nicolas Sarkozy traveled to New Delhi, where he promoted the jet and pushed for a permanent seat for India on the United Nations Security Council as well as for India's unrestricted access to nuclear technologies.

For the Rafale, the Indian contract was a matter of survival. In December, France's defense minister threatened to stop its funding for the Rafale program if Dassault was unable to find any buyers for its fighter jets abroad.

Still, Eurofighter manufacturer EADS hasn't given up all hope. With its low-price offer, Dassault has merely been given the right to "exclusive contract negotiations" with the Indian government. The first meeting between government representatives and Dassault executives is expected to take place within the next two weeks. The most important topic of discussion will be the exact price that will have to be agreed.

So far, all the negotiations Dassault has conducted with foreign governments interested in the Rafale have failed because the fighter jet has a tendency to require a lot of repairs and is thus more expensive to maintain and operate. Dassault's competitors are now hoping the company will prove unable to reach an agreement. The Indian Defense Ministry has confirmed that if that were to happen, a new bidding process would be opened. However, a high-ranking official said it is hoped that negotiations with Dassault will be successful and that the Indian air force will soon get the first of its new jets. 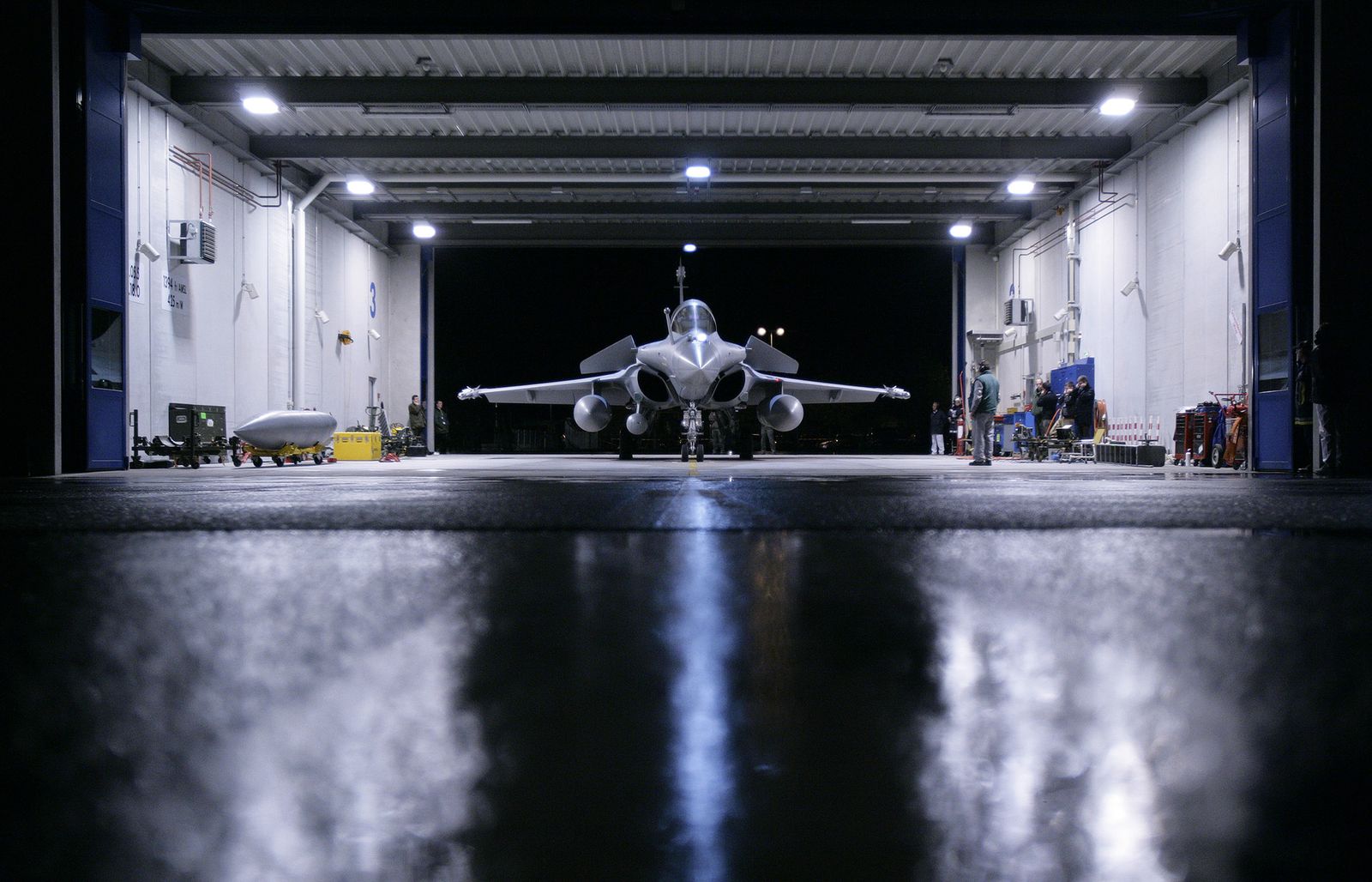 France's Dassault beat EADS on Tuesday in a bid to negotiate the sale of its Rafale fighter jet (pictured here) to India.