From Mario Drahgi's perspective, the euro zone has already been split for some time. When the head of the powerful European Central Bank looks at the credit markets within the currency union, he sees two worlds. In one of those worlds, the one in which Germany primarily resides, companies and consumers are able to get credit more cheaply and easily than ever before. In the other, mainly Southern European world, it is extremely difficult for small and medium-sized businesses to get affordable loans. Fears are too high among banks that the debtors will default.

For Draghi and many of his colleagues on the ECB Governing Council, this dichotomy is a nightmare. They want to do everything in their power to make sure that companies in the debt-plagued countries also have access to affordable loans -- and thus can bring new growth to the ailing economies.

The ECB has already gone to great lengths to achieve this objective. It has provided the banks with virtually unlimited high credit and drastically lowered the collateral required from the institutions. The central bank has also brought down interest rates to historical lows. Since early November, financial institutions have been able to borrow from the ECB at a rate of 0.25 percent interest. By comparison, the rate was more than 4 percent in 2008.

The only problem is that all those low interest rates have so far barely been put to use. Lending to companies in the euro zone is still in decline. In October, banks granted 2.1 percent less credit to companies and households than in the same period last year.

In addition to a further cut in interest rates to zero percent, the central bankers are considering new, drastic measures to combat the negative trend. Some of them are likely to be hotly debated when the Governing Council meets this Thursday in Frankfurt.

So what measures are still on the table and how would they effect the European economy?

One scenario that drives fear into the hearts of all savers is the so-called negative interest rate. It would mean that the banks would have to pay a fee for the money they park, currently without interest, at the ECB -- a kind of penalty interest rate. The idea is to create an incentive for the institutions to loan out extra money to other banks, in Southern Europe for instance. This, it is hoped, would then lead to more lending to businesses and consumers.

The penalty interest rate was already a topic at the last Governing Council meeting in early November. ECB board member Benoit Coeure recently confirmed that the negative interest rate had been discussed and considered from both a technical and legal perspective. "The ECB is ready," he said.

It's questionable, however, whether the negative interest rate will actually be employed. Some economists doubt its effectiveness. "The question is whether the banks won't simply place less money at the ECB," said Hans-Peter Burghof, a professor of banking and economics at the University of Hohenheim in Germany. Thus, the problem of the lack of lending would not be solved.

Experiences with negative interest rates have so far been rather poor. Denmark tried it in 2012 with an interest rate of -0.1 percent on deposits at the country's central bank. The result: Many banks simply passed on the higher cost to the consumer.

The ECB already lent a helping hand to banks with long-term, cheap loans at the end of 2011 and during early 2012, lending financial institutions a total of €1 trillion for the exceptionally long period of three years -- a step it has so far only taken one time. Central bank head Draghi spoke at the time of using "Big Bertha," a reference to a World War I-era howitzer, to battle the crisis.

As a monetary weapon, it had mixed results. Many banks used the cheap money to purchase loans that had been issued at significantly higher interest rates in their home countries. For banks and the countries, it was a lucrative business, but it wasn't an intended side effect.

Meanwhile, the situation has become less tense and many banks have even paid the money back early. But the ECB is still thinking about a new form of long-term credit. Only this time, the loans would only have a term of one year and they are also supposed to have a specific purpose affixed to them. Banks would only be able to obtain the cheap money if they obliged themselves to pass that money on to companies.

Still, the experience gathered so far with these kinds of instruments hasn't exactly been encouraging. In Britain, the Bank of England recently undertook a similar program, which it called "funding for lending," but the results were limited. Many banks rejected the offer.

Economists have also criticized the planned-economy characteristics of the idea. "Banks should actually only give loans when they are certain that it is a good idea," said banking professor Burghof. "When people intervene in this process from the outside and try to steer the issuing of loans, it usually ends in disaster," he said.

The ultimate means the ECB has for keeping market interest rates low is to purchase large quantities of bonds from investors. Other central banks including the Fed in the United States, the Bank of England and the Japanese central bank are already using this instrument more or less successfully. The idea behind "quantitative easing" is that a central bank purchases government or company bonds on the market and, by doing so, drives down prices -- e.g. interest rates.

In contrast to the ECB's previous bond buying, the new program would not be aimed at easing financing for individual countries. Nevertheless, it would be extremely difficult for the ECB to implement such a program, given the widespread resistance to it, particularly in Germany. Many German economists believe the purchase of government bonds is little more than a veiled effort to fund national budgets and is tantamount to printing money. Germany's highest court has also voiced criticism and is currently reviewing the issue.

Besides, experts believe the purchase of corporate bonds or packaged corporate loans would only have a limited effect on interest rates. The market may be large enough in the United States for such an undertaking, but it is simply too small in the euro zone. 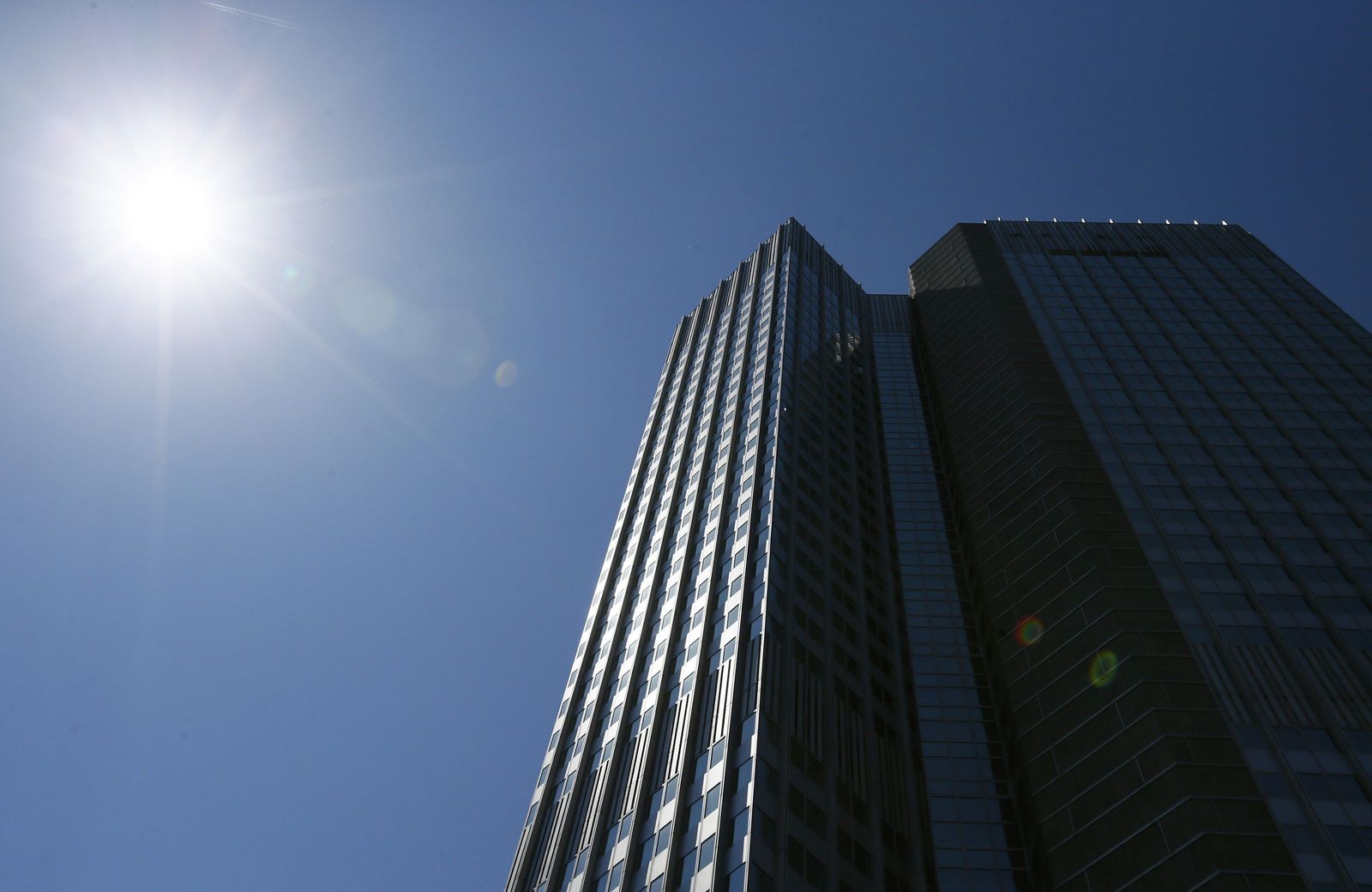 The ECB's headquarters in Frankfurt: What weapons does the central bank still have at its disposal for combatting the euro crisis?