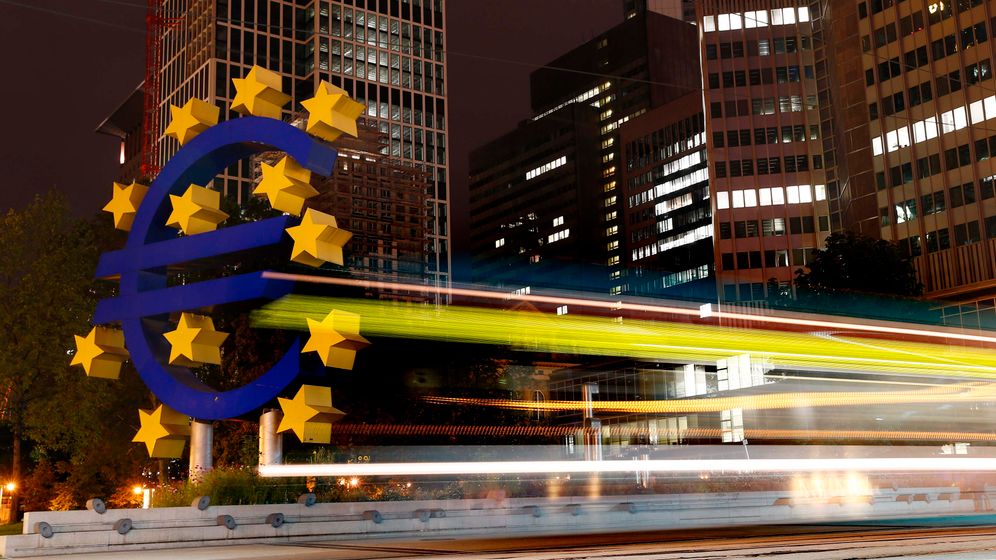 German consulting firm Roland Berger did its bit for German-Italian relations last week when it named the head of Italy's UniCredit, Federico Ghizzoni, as "Italo-German Manager of the Year."

The ego massage is expected to boost strained ties between Germany and Italy. A manager for UniCredit, Italy's largest bank, recently accused Jens Weidmann, president of Germany's central bank, the Bundesbank, of harboring a basic mistrust of Italy. The rift was quickly patched up following a flurry of diplomacy, but potentially deeper divisions loom on the horizon.

UniCredit, which has €46 billion ($62.1 billion) of sovereign debt on its books, is one of a number of European banks that have purchased enormous quantities of government bonds from their own country. In Italy, Spain and elsewhere the lending institutions have become the leading financiers of their own states. This may please their respective governments, but it also entails risks. If, at a certain point, a state can no longer service its debts, the banks could suffer huge losses. Consequently, many economists -- above all Bundesbank President Weidmann -- are urging the introduction of new regulations to break the so-called feedback loop between governments and private banks.

A Dilemma for the ECB

The Bundesbank proposal is well-intentioned, but it has drawbacks: It puts cash-strapped banks and crisis-ridden states in a bind. And, perhaps more urgently, it creates a dilemma for the European Central Bank (ECB), which is set to evaluate the stability of the euro zone's largest banks. Before the ECB assumes its new supervisory authority over euro-area banks in 2014, it intends to review their balance sheets, weed out toxic assets and evaluate whether these institutions are adequately prepared to weather future market turbulence.

While the ECB wants to test the potential impact that losses from sovereign bonds would have on euro banks, there is debate over how rigorously sovereign holdings should be assessed. Weidmann's proposal, which could mean more banks would ultimately fail the tests, is likely to compound the challenges facing the ECB.

A team of 15 economic and financial advisers to the ECB's European Systematic Risk Board -- founded by the EU in late 2010 and tasked with recognizing and eliminating risks in the financial system -- were recently reminded of the politically sensitive nature of the topic of sovereign bonds. Doing their due diligence, the advisers had presented the board with recommendations on how to unravel the intricate ties between banks and sovereigns.

The experts came to the conclusion that when, for example, Spanish banks primarily hold Spanish sovereign bonds, and Irish financial institutions predominately hold Irish government bonds, this poses a risk that is comparable to when a bank grants a large proportion of its loans to a single company. To avoid such concentrations of risk, the advisers suggested that the banks be required to limit their sovereign bonds to a predetermined proportion of their investments. Another possibility would be to buttress these bonds with capital reserves, which would at least make it possible to adequately contain the risk over the medium term.

However, if such rules were introduced for banks, euro-zone states would have to find entirely new ways to finance themselves in the future. ECB President Mario Draghi immediately recognized the potentially explosive nature of these proposals. He returned the recommendations "for revision" to the financial advisory committee, which includes German economists Martin Hellwig, of the Max Planck Institute for Research on Collective Goods in Bonn, and Claudia Buch, the head of the Halle Institute for Economic Research. The economists declined to comment on Draghi's request.

Central bank officials are concerned that a fundamental debate on the risky system of state financing could come at an inopportune moment. Still, Draghi is also worried that the ECB's authority could be undermined before it even takes over banking supervision, if the risks of a national bankruptcy are simply ignored during the stress test. "We have to make a decision here," he told the Committee on Economic and Monetary Affairs at the European Parliament in September, and promised that there would be an "initial communication" in mid-October.

But Europe's banks and governments have been waiting in vain for Frankfurt to lay down the law on sovereign bonds. Part of the reason for hesitation is that Draghi doesn't have a majority on the ECB Governing Council to back a plan for risk-weighting sovereign debt on bank balance sheets. "The battle lines are drawn according to the degree of impact," says an individual who is taking part in the discussions.

Southern European countries are particularly reticent to change the current standards. Until now, banks have had to maintain absolutely no capital reserves to safeguard sovereign bonds, as if there were no risk involved. For instance, Italian bank Intesa Sanpaolo has acquired some €100 billion ($135 billion) in bonds issued by its own government.

ECB monetary policy plays a role in all of this, too. For years, it has been supplying euro-zone banks with cheap liquidity in a bid to boost the economy. But Italian banks are not using those funds to grant loans to Italian companies. Instead, they have increased their holdings of sovereign bonds since late 2011 from €240 billion to €415 billion.

"We are observing an evasive reaction that we have caused ourselves through monetary policy interventions," argues Weidmann. Indeed, he thinks it is necessary "that we treat sovereign bonds the way we treat corporate bonds." According to normal banking practice, financial institutions are only allowed to grant companies loans up to a certain limit. In Weidmann's opinion, a similar credit limit should also be introduced for states -- specifically, the bonds issued by each individual country.

Experts like Daniel Gros, the director of the Center for European Policy Studies in Brussels, take a similar view. "The most consistent instrument for dealing with sovereign bonds would be the use of credit limits," says Gros, who is also a member of the advisory committee of the European Systematic Risk Board. Gros notes that it may be advisable to set aside capital to cover the sovereign debt, depending on the level of risk. "We should not orient ourselves according to ratings here, but simply according to the level of sovereign debt in relation to the gross domestic product."

The ECB does not plan to include such fundamental considerations in next year's stress test. But to make the test credible, the central bank has to somehow take into account the risk of sovereign debt on banks' balance sheets. The financial markets realized long ago that sovereign bonds constitute a risk for the banks. The rating agency Standard&Poor's (S&P) already calculates deductions for these risks when it assesses the creditworthiness of banks. This is one reason why S&P says that European financial institutions are generally not as well-capitalized as they portray themselves.

"There are banks whose risks are too strongly concentrated on the sovereign loans of individual countries," says S&P bank analyst Markus Schmaus. He thinks it would make sense for the stress test to simulate possible losses, and thus identify the corresponding need for capital.

Nevertheless, Schmaus realizes that this is a highly political issue: "By adjusting the sovereign bond lever, you can fairly well control the result of the entire stress test." 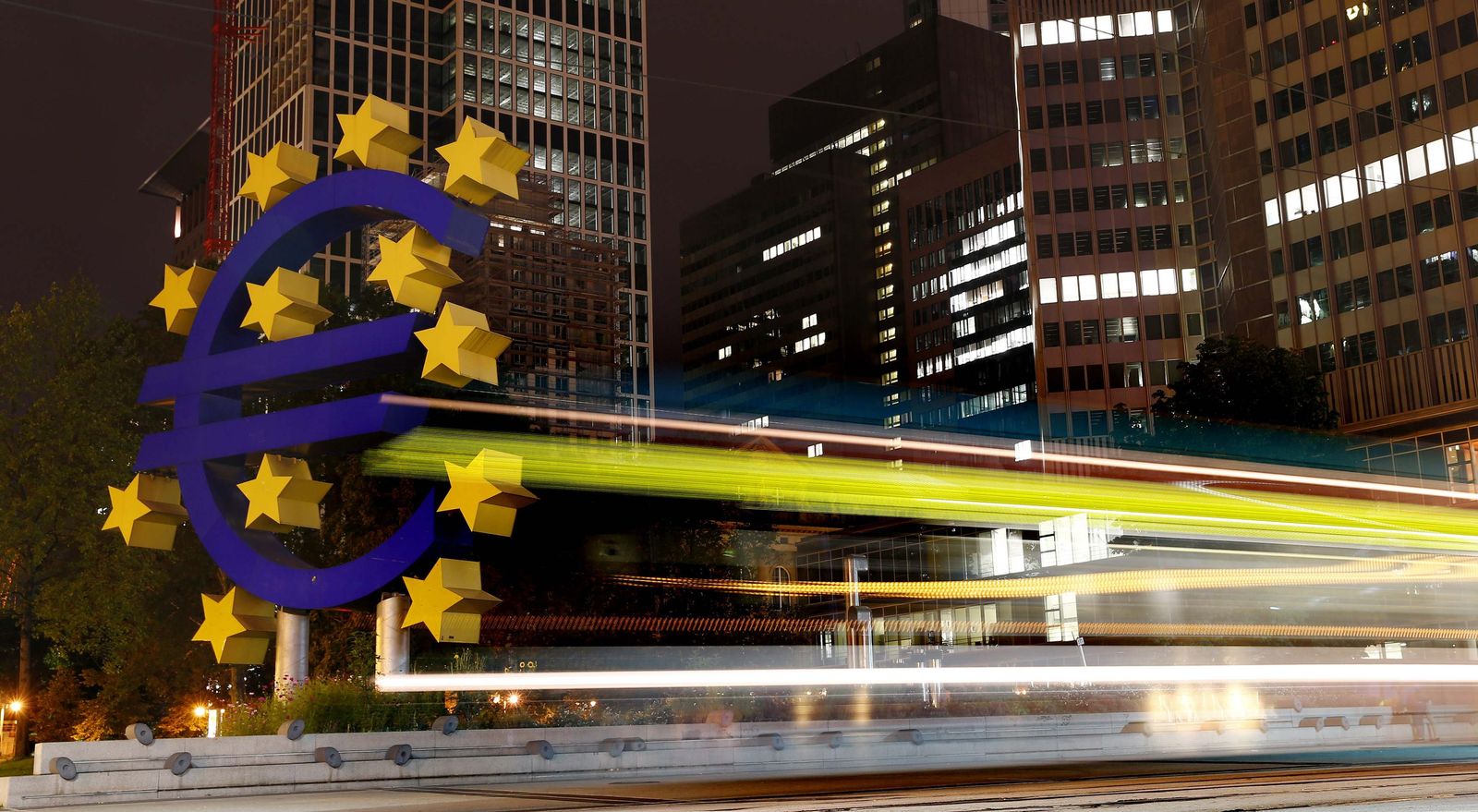 Banks in southern euro-zone countries hold increasingly high levels of government debt, highlighting the risky feedback loop between sovereigns and lenders. But does the ECB have the political capital to tackle the issue? 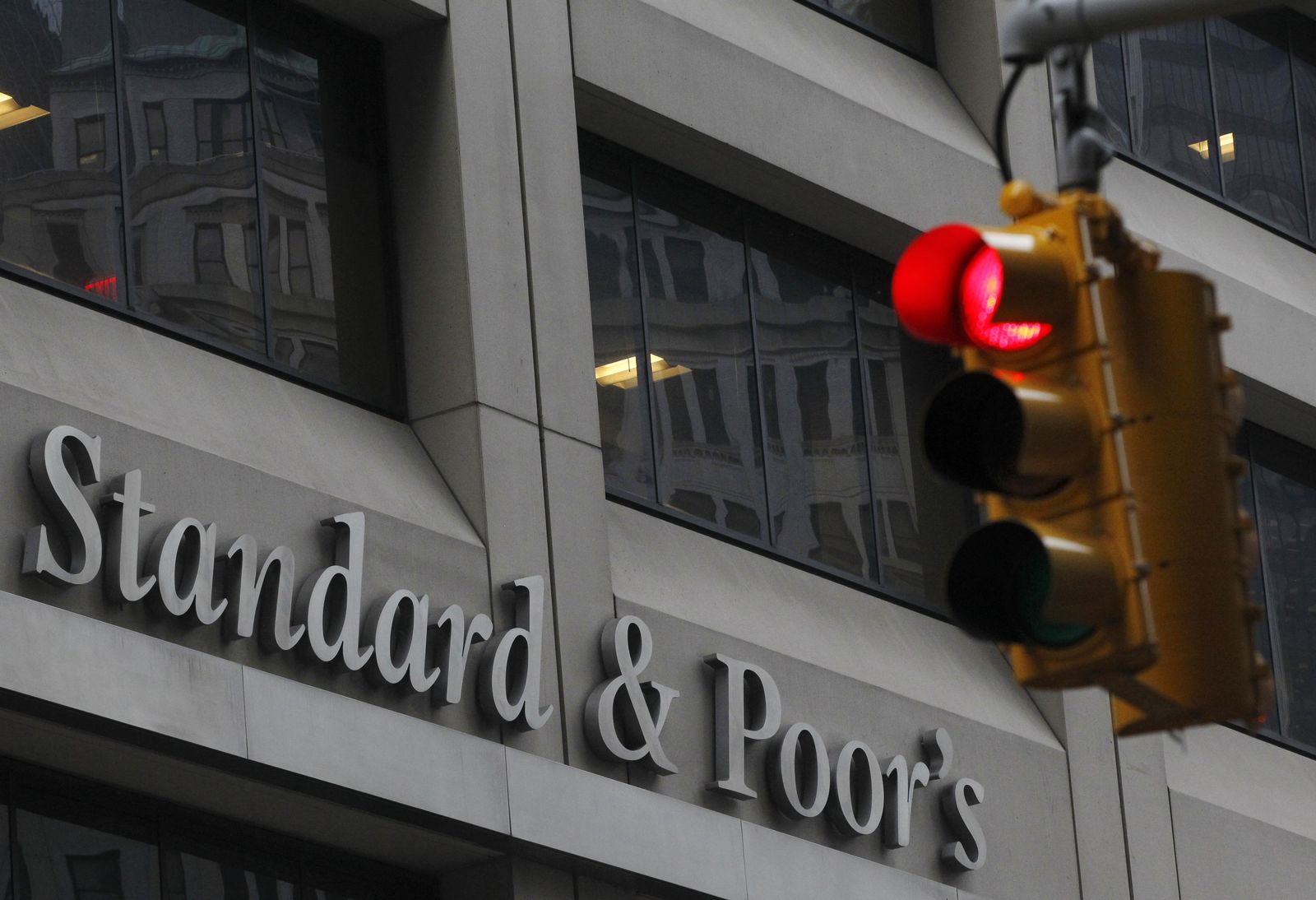 The financial markets realized long ago that sovereign bonds constitute a risk for the banks. The rating agency Standard&Poor's already calculates deductions for these risks when it assesses the creditworthiness of banks. This is one reason why S&P says that European financial institutions are generally not as well-capitalized as they portray themselves.