In its annual report presented to the German chancellor on Wednesday, the respected Council of Economic Advisors is calling on Berlin to be more ambitious in its efforts to consolidate the country's budget. It appears that the council, which serves as an official advisor to the federal government, isn't very pleased with Chancellor Angela Merkel and some major spending decisions she made at a party conference over the weekend. Merkel appears to be dipping into Germany's coffers in order to quiet rumblings in her coalition government as the country heads into a general election year.

On Sunday night, Merkel agreed to boost pension payments to those threatened by old-age poverty as well as to implement programs that would provide up to €2 billion ($2.57 billion) a year in support for stay-at-home mothers, give €2 billion to relieve participants in the national healthcare system from a required quarterly €10 co-pay for doctor visits and bolster of the transportation minister's budget by €750 million.

The move is likely to please some members of her coalition government, comprised of Merkel's own Christian Democratic Union (CDU), its Bavarian sister party, the Christian Social Union (CSU), and the business-friendly Free Democratic Party (FDP). But Merkel's economic advisors feel this sends out the wrong message. "Given that the government cannot count on special factors and favorable economic developments in the long term, it is necessary for it to get a lot more ambitious about consolidating the federal budget," the advisors state in their report, which was released on Wednesday.

"Additional structural expenditures" like the subsidy for stay-at-home moms or the elimination of the co-pay for doctor visits will lead to a disproportionate increase in state expenditures, the report warns.

The advisors also accuse the German government of relying on short-term factors to make its spending decisions, including a decrease in the amount of unemployment insurance payments being made in the country at the moment as well as a reduction in the number of people claiming pension payments.

Germany has seen a number of positive developments in social security spending in recent days. On Wednesday, Germany's Federal Statistical Office reported that the number of people receiving social assistance, welfare or benefits for the long-term unemployed in 2011 had dropped to 7.3 million people, or 8.9 percent of the population, the lowest value recorded since the country began calculating the statistics in 2006. The report attributed the drop in people reliant on the social welfare system to a 16 percent drop since 2006 in the number of people who rely on the so-called Hartz IV support payments for the long-term unemployed. However, the report showed a sharp increase in the number of impoverished senior citizens, with 25 percent more, or 950,000 people, seeking social assistance than did in 2006.

In addition, government tax revenues for 2012 are soaring, but there are also increasing signs that the economy is cooling, and the economic advisors are warning that the positive trends could be temporary. Indeed, just on Tuesday, the Economics Ministry in Berlin reported that industrial orders to German firms had dropped in September by 3.3 percent against August. The third quarter as a whole saw a drop of 2.3 percent relative to the second quarter.

In their report on Wednesday, the five members of the Council of Economic Experts forecast that Germany's economy would remain weak, with an estimated 0.8 percent growth in GDP in both 2012 and 2013. The German government itself has predicted 0.8 percent growth for this year and 1 percent for 2013.

Under Germany's so-called debt brake law, the country must balance its budget by 2016, but politicians in Berlin have said they will try to do so by 2014. Similar laws have been passed in other euro-zone countries in response to the debt crisis that has posed a grave threat to the common currency. 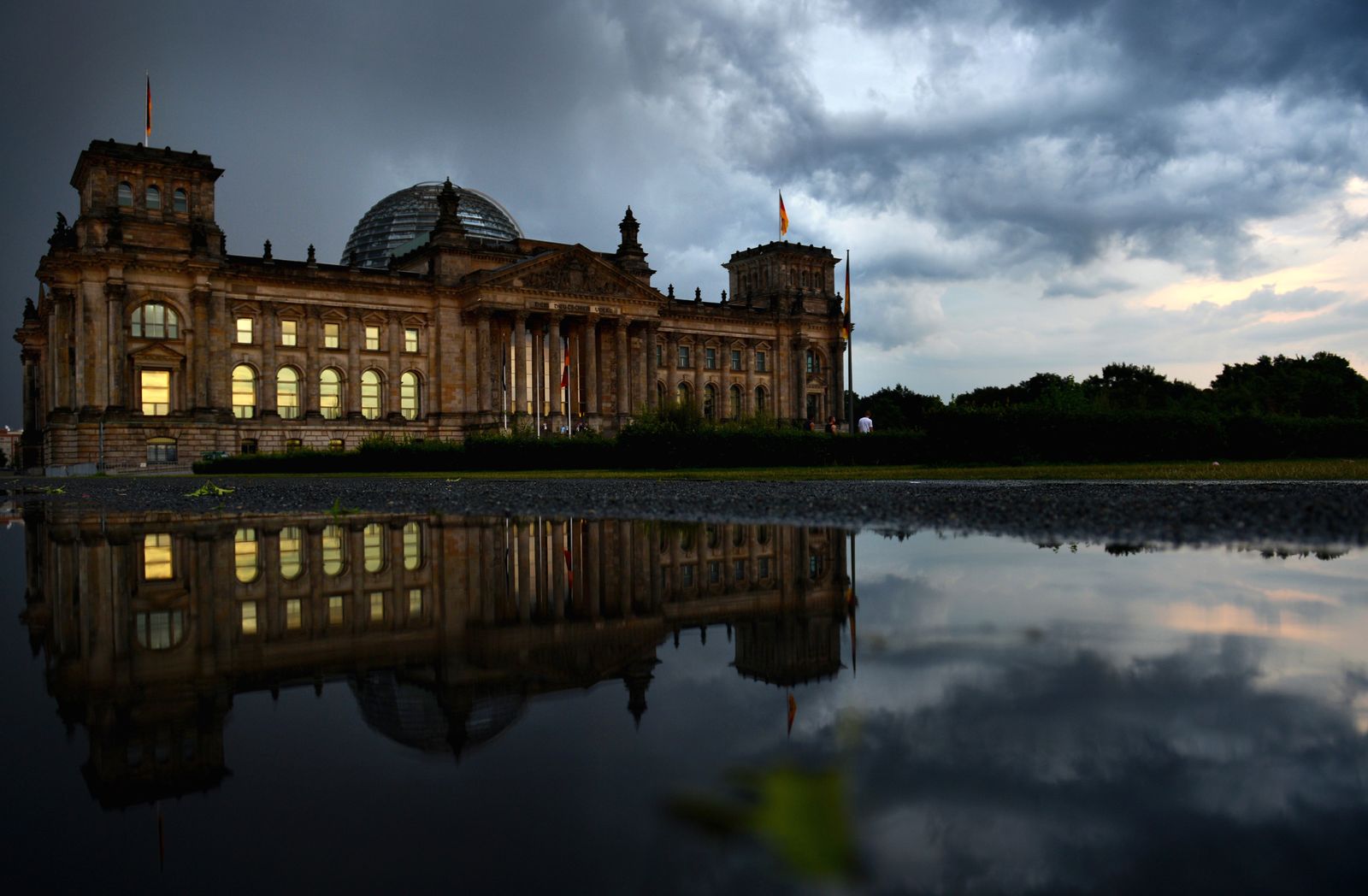 Economists warn Berlin: Don't spend what you don't have.