DER SPIEGEL: Mr. Roubini, in summer 2020, you said in DER SPIEGEL that Trump would lose the election and call his supporters to arms. Both have happened. What's next for the U.S.?

Roubini: There will be more armed uprisings, especially by white nationalists, if only to provoke the left. Russia and China will launch cyberattacks against the US and spread misinformation. That will shape the next four years. In the short term, though, something else worries me?

Roubini: That Trump could have Saudi Arabia bomb Iran's nuclear facility in Natanz. All he has to do is claim that Iran is enriching uranium, then such a strike would be legitimized and unstoppable by the U.S. military.

DER SPIEGEL: But he is only in office until Wednesday.

Roubini: Sure, but that's decided quickly and would only take three hours.

DER SPIEGEL: Why would he do such a thing?

Roubini: For four reasons: He could present himself as a strongman to his supporters, make life difficult for his successor Joe Biden, who favors rapprochement with Iran, and do a favor for his friends in Israel and Saudi Arabia. He will need their money to finance his planned media empire; banks will no longer give him loans.

DER SPIEGEL: And the fourth reason?

Roubini: Vice President Mike Pence would get the chance to impeach Trump by branding the attack too radical and applying the 25th Amendment. Then Pence himself would become president for the last days and could pardon Trump - as president he cannot pardon himself. Trump could thus run again in 2024. He would not be able to do so in the case of a regular impeachment.

DER SPIEGEL: That sounds a lot like a conspiracy theory.

Roubini: No, it is being discussed behind closed doors in Washington.

DER SPIEGEL: Moving to the economy, why is it only now that the business elite is turning its back on Trump? It was always obvious that his allegiance to democracy isn't particularly strong.

Roubini: Entrepreneurs want to do business, it's no different in the U.S. than in Venezuela. Trump was politically a populist, but economically a plutocrat. Businessmen liked that. Just think of his tax cuts and deregulation. Now he's leaving and the business elite are stalking Biden.

DER SPIEGEL: What remains of his economic policy? Until the pandemic struck, his record was good: Average wages were on the rise, unemployment fell and the Dow Jones Industrial Average climbed by 57 percent during his tenure.

Roubini: Nevertheless, his record is worse than Barack Obama's in terms of the stock market, the labor market and the debt.

DER SPIEGEL: The stock market has taken the storming of the Capitol surprisingly calmly. Why?

Roubini: Because the change of government is coming anyway, and because the results of the Senate by-elections in Georgia came in on the same day (giving the Democrats control of the Senate). That makes it easier for Biden to pump more money into stimulus programs. He will also raise taxes, though that will be harder to get through the Senate.

DER SPIEGEL: Biden faces the immense challenge of reconciling a deeply divided country. Is economic policy the key to doing so?

Roubini: I think so. Biden must try to win back the white workers. He will do everything to create jobs: launch big infrastructure programs, push for the greening of the economy. I'm just afraid that many Trump supporters are so pig-headed that that won't help much.

DER SPIEGEL: Why so pessimistic?

Roubini: Because the right-wing movement will grow stronger. The Republicans, even the moderates, will attack Biden wherever they can. That will lead to more violence and social uprisings.

DER SPIEGEL: Maybe things will turn out quite differently and the US will enter a golden age.

Roubini: What makes you think that?

DER SPIEGEL: If the state invests in future technologies and the economy develops successful business models from them, growth will pick up.

Roubini: That's right: The state must invest more in 5G, artificial intelligence, robotics and infrastructure. Biden needs to develop a national master plan, similar to what China has done. Obama largely stayed out of economic policy, but that doesn't work anymore, especially because China is growing so aggressively. There has to be social consensus on this, though, and that will be enormously difficult. And it will take years to see results. Simply spending money is not enough.

DER SPIEGEL: That would be the Biden version of "Make America great again?"

Roubini: I don't like the term because we have to cooperate with our partners. But there is a lot of room between laissez-faire economic policy and Trump's protectionism. We need a better industrial base instead of continuing to impose tariffs on foreign imports. That only hurts consumers, especially lower and middle incomes. We are importing inflation.

DER SPIEGEL: Is inflation coming back?

Roubini: Not in the next two years, too much has broken economically for that. In the short term, we need ultra-loose monetary policy and economic stimulus programs. But one thing is clear: We have to get out of it at some point, otherwise we risk even stagflation, i.e. anemic growth plus inflation. The central bank will have to raise interest rates again, the state will have to restructure its budget, for example through higher taxes for the rich, for companies and for banks. But that is something for 2023 or 2024.

Roubini: Sure, they want to tax millionaire wealth at 70 percent, to introduce Medicare for all and to invest $3 trillion in greening the economy. But I don't think they can get away with it.

Roubini: Because the Democrats have only a razor-thin majority, especially in the Senate. And the average Democratic senator is much more moderate than the left wing of the party. Moreover, Biden's personnel policy shows that he is backing centrists. Janet Yellen, for example, the former Federal Reserve chair and future treasury secretary, was my boss on Obama's Council of Economic Advisers. She is progressive but moderate. That's true of almost everyone Biden is bringing in.

DER SPIEGEL: The debate about regulating social media platforms is heating up after Twitter, Facebook and others blocked Trump. Is the industry sucking up to the Democrats to avoid being harshly regulated?

Roubini: Deleting Trump's access was the right thing to do because he's responsible for the uprising at the Capitol. But it was also totally opportunistic. Facebook was collecting revenue from political advertising until recently, and now, at the end of Trump's term, they are cracking down on him. Facebook CEO Mark Zuckerberg is all about money, he's an absolutely disgusting guy. Twitter and the other platforms are bad, Facebook is worse.

Roubini: It's clear that Big Tech has become too powerful, but it's not so easy to deal with it. The anti-monopoly laws, for example, are tailored to classic monopoly suppliers, who dictate prices through their revenue power. Oil or telecom companies used to be broken up on that basis. Big Tech is different: Their services cost nothing, but they exploit their users' data. They need to be regulated differently, more strictly, but not broken up. Politically, too, there is a lot to be said against breaking them up.

Roubini: China uses its digital companies like Alibaba or Tencent for cyber warfare, so the U.S. cannot break up its digital force. Big Tech should instead become part of the national security-industrial complex.

DER SPIEGEL: Is it conceivable that some U.S. tech companies might even leave the country if the Democrats raise taxes?

Roubini: I don't think so. The battle for talent, for example, is still decided in the U.S. It would be more important for Biden to close tax loopholes that allow big companies to pay taxes in Ireland, for example, but produce at home.

DER SPIEGEL: The Europeans have agreed on a 750 billion euro economic program to strengthen the economy after the pandemic. Are you surprised by so much unity?

Roubini: This is an enormous step in the right direction, otherwise Italy would have been bankrupt. It's just a pity that Europe always needs a crisis first.

DER SPIEGEL: Sovereign debt loads are also enormous, especially in Southern Europe. Can the Eurozone withstand that in the long term?

Roubini: Of course, 170 percent debt relative to economic output as in Italy is a lot. But as long as the European Central Bank keeps interest rates low and buys bonds, it is bearable. And if the economy stagnates, interest rates will stay low anyway. What is more crucial, especially in Italy, is that the populists don't come to power and demand a debt cut. But that is not a big risk at the moment. The Eurozone is not threatened, but creditworthy.

DER SPIEGEL: In Germany, there is already talk of a return to the balanced budget, referred to in the country as the "black zero." Do you understand that?

Roubini: No, not at all. We are still in the middle of a pandemic. More realistic, but also more dangerous, will be the moment when Germany's deficit drops to 2 or 3 percent and that of the Southern Europeans only to 6 or 8 percent. Then the European Commission would have to impose penalties, and the economic gap between Germany and the rest of Europe would widen even more. That could fuel the intra-European debt debate. But back to the black zero now? Grotesque! 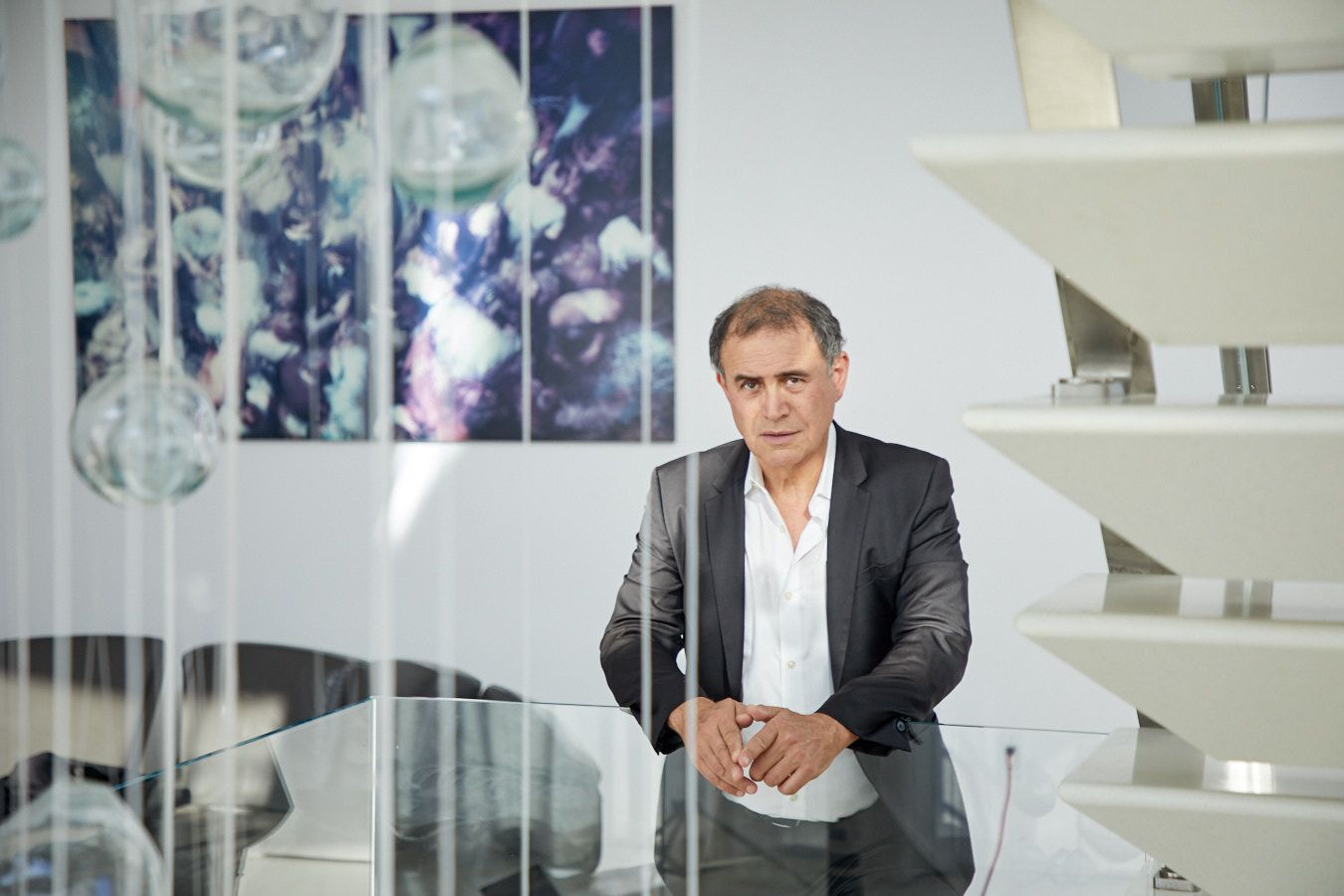 Economist Roubini: "Biden must try to win back the white workers." 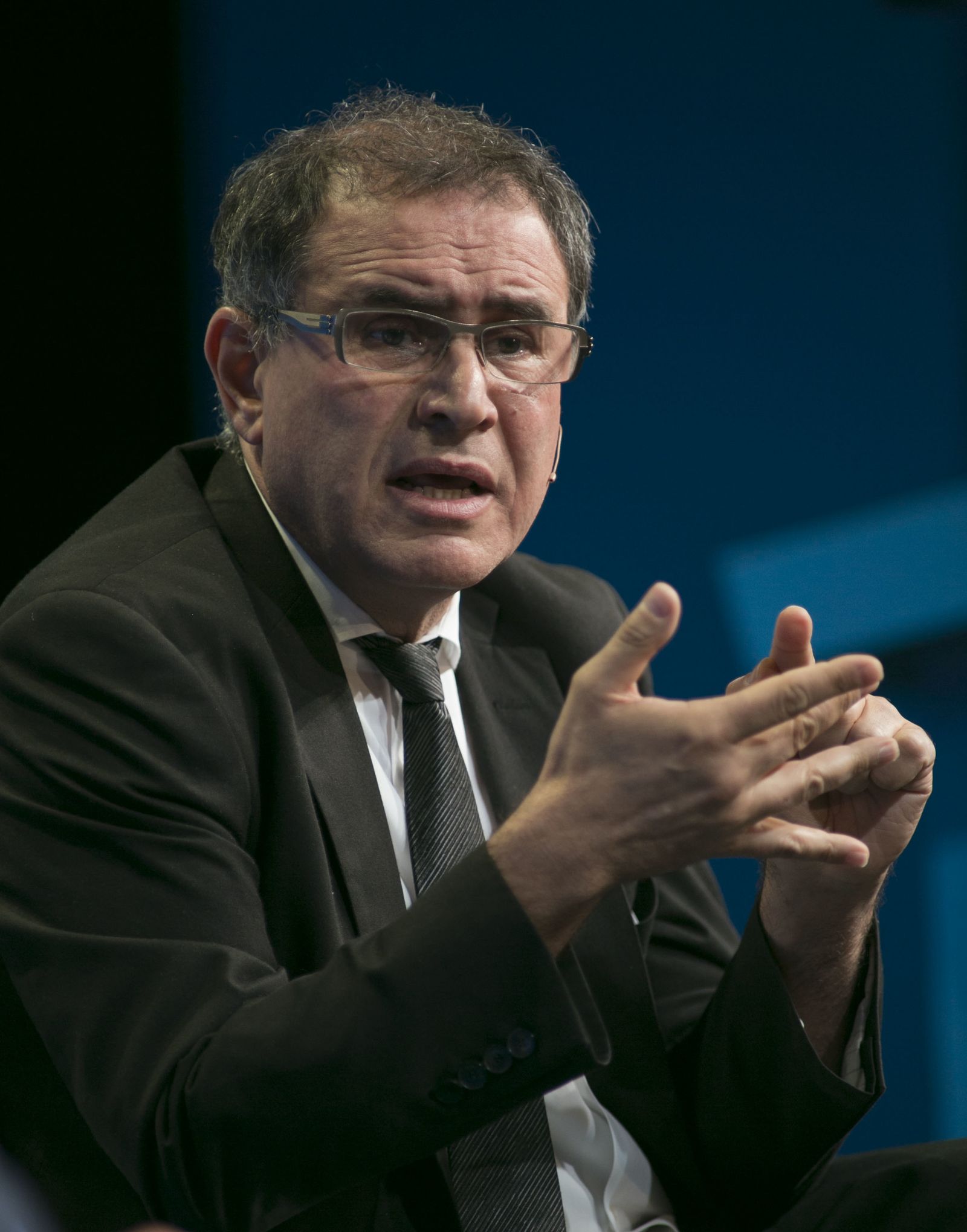 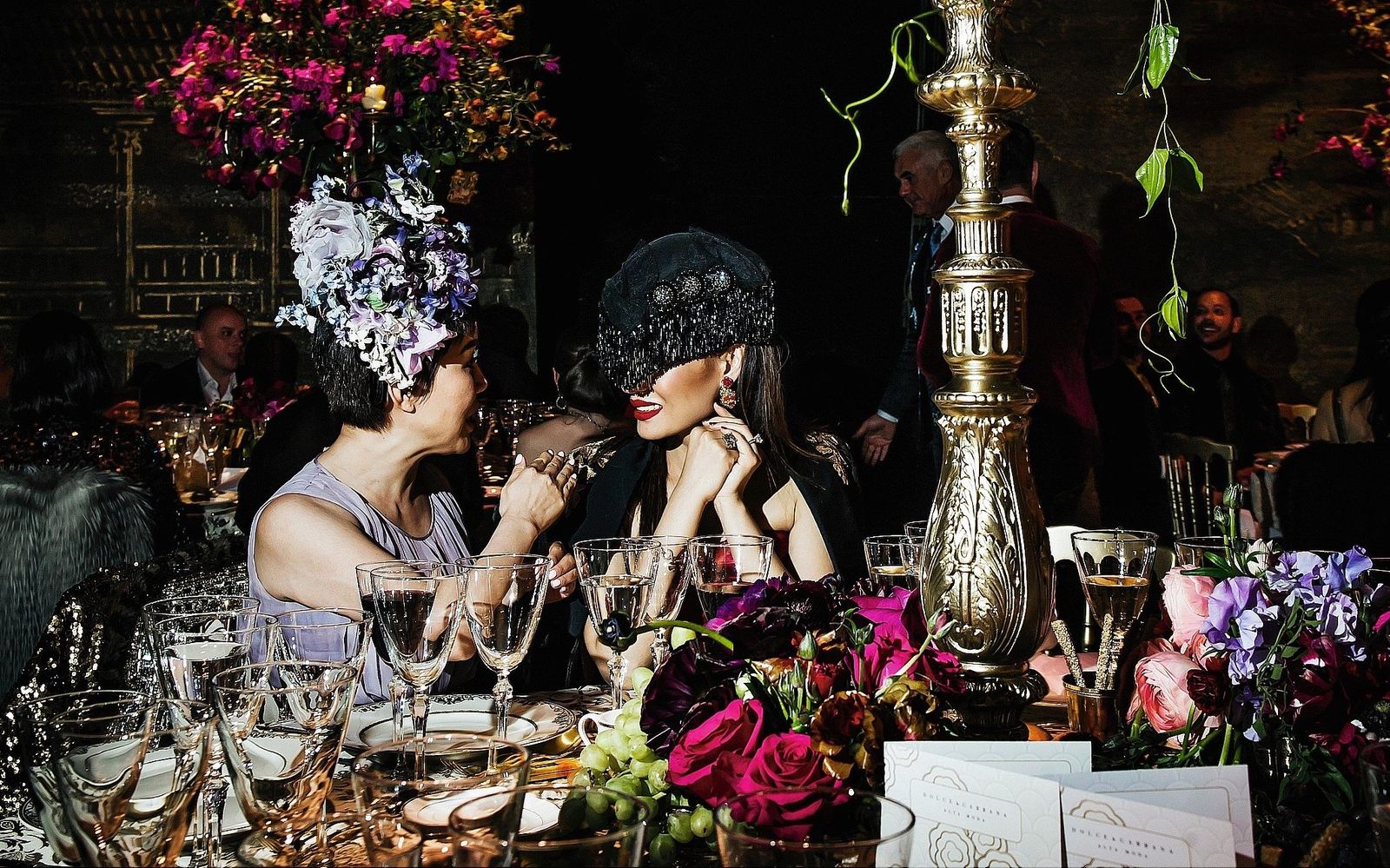 Gala guests at the New York Metropolitan Opera: Will Biden raise taxes on the wealthy? 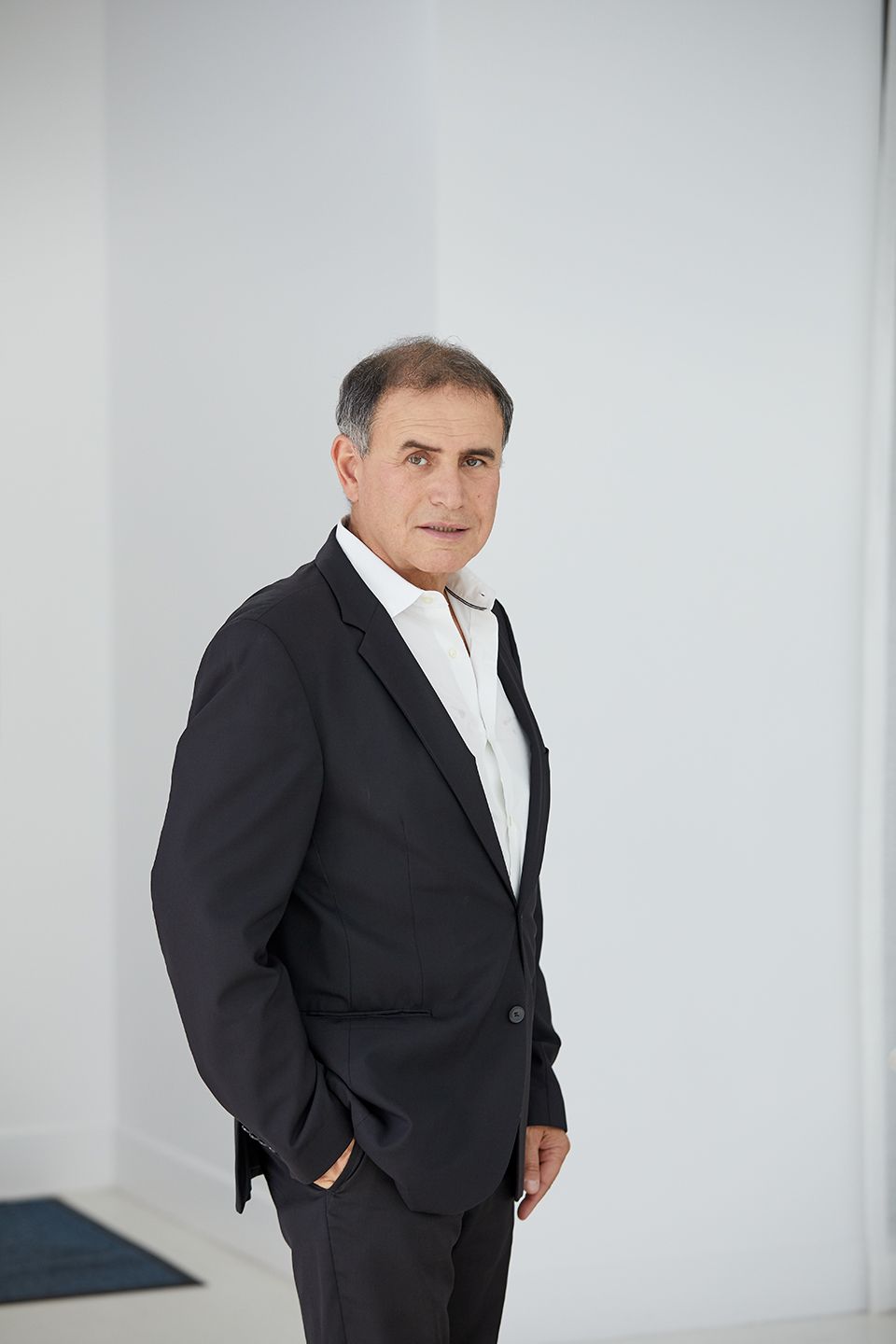