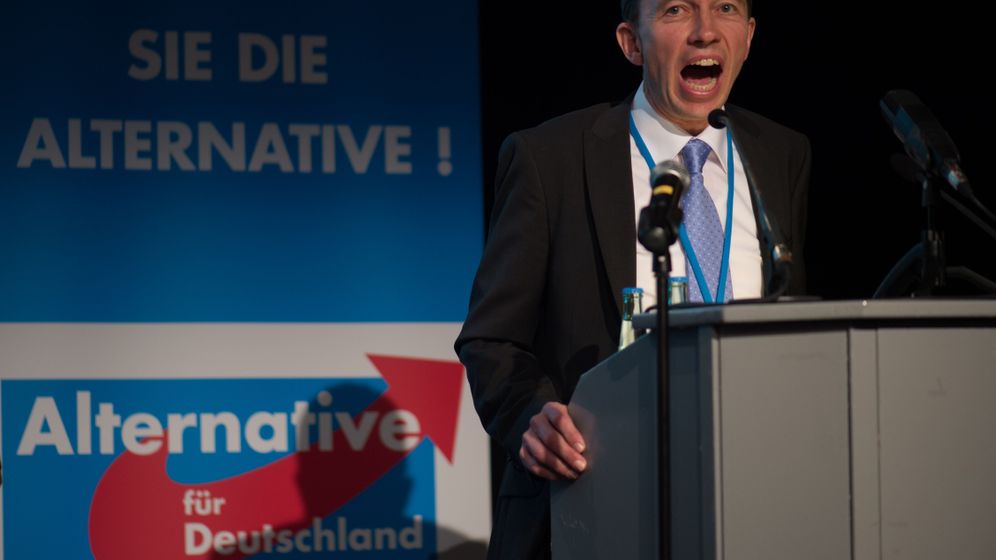 Bernd Lucke, the spokesman of the newly established Alternative for Germany party, is no ordinary economics professor. Giving the most complicated answers to the most straightforward questions is normally one of the trademarks of his profession. But the Hamburg economist takes precisely the opposite approach. He has a simple solution for even the trickiest problem of the day.

Lucke and his flock of supporters believe that the euro crisis can be solved if the Southern European countries leave the monetary union -- not with a big bang, but slowly and quietly. The professor wants to see these countries ejected from the monetary union in a civilized way, so that their withdrawal occurs as gently and harmoniously as a person's withdrawal from a school glee club.

And what is Lucke's miracle cure for a crash without side effects? He proposes that the Southern European countries introduce parallel currencies -- that is, bring back the drachma, the peseta, the escudo and the lira alongside the euro. The countries' national central banks would then tie these currencies to the euro at fixed rates. The professor essentially wants to combine the best of both worlds, allowing Greece, Spain, Portugal and Italy to remain connected to the euro zone and yet receive their own currencies. This would allow them to devalue their currencies and still have a calculable form of payment at their disposal. At the same time, argues Lucke, this will reduce the cost of their goods in world markets without assets losing their value overnight. 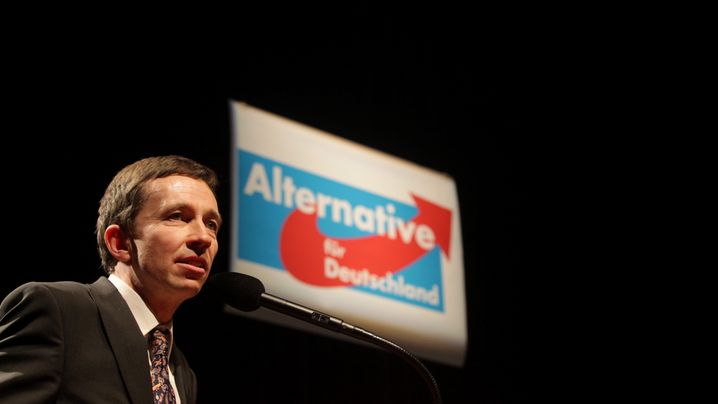 Photo Gallery: The Faces of the Anti-Euro Party

It is a patent remedy with which the professor and party spokesman wants to avoid the horror scenario that most economists associate with a sudden breakup of the euro zone: bank failures, financial collapses and mass layoffs. In other words, a financial and economic crisis that many believe could easily surpass the catastrophic consequences of the Lehman Brothers bankruptcy. But if parallel currencies are introduced, Lucke suggests, the risks could be reduced. Withdrawal from the euro would take place "in an orderly and certainly cautious manner," and could possibly be reversed after a few years through a complete return to the monetary union.

The plan that Lucke advocates is certainly appealing, but it has one drawback: It doesn't work. "A parallel currency is the worst conceivable way to solve the euro crisis," says Peter Bofinger, a member of the German Council of Economic Experts, which advises the government. And Clemens Fuest, head of the Center for European Economic Research (ZEW), sees "considerable disadvantages" in the concept.

To begin with, Lucke's plan is extremely confusing. To ensure that both currencies can coexist in an orderly way, the plan calls for using euros only for cash payments. Half of all bank transfers, however, would be conducted in the new currency. This means that a Greek tradesman charging €100 ($131) for his services would be paid €50 and 50 drachmas in the future. All domestic credit agreements would also be split between the parallel currencies in the future. Only the existing bank balances of citizens would likely be exempt from the conversion, and all trans-border lending relationships would continue to be settled in euros.

At the same time, the central banks would have to commit themselves to gradually devalue the new drachmas, escudos, pesetas and lira against the euro. This would make the goods produced by the crisis-ridden countries cheaper and therefore more marketable in global markets. Lucke hopes that this would lead to rising export sales and a new economic boom.

This may be his intention, but it won't happen. "Lucke acts as you can be half-pregnant," says Bofinger.

The citizens of Southern Europe know all too well that a gradual devaluation is far from enough to make their domestic economies competitive again. The true value of the drachma or the escudo is many times lower than that of the euro. Thus what would happen is what always happens when two currencies with different stable values are circulating in an economy: The people will try to exchange their domestic currency into hard euros as quickly as possible, or they will simply move their savings abroad. Instead of stimulating the economy, the new currency regime could very well trigger a boom in the shadow economy.

As a result, the opposite of what Lucke and his fellow euro critics want to achieve would occur. Instead of more certainty, the supposed miracle cure would only create new uncertainty. People would have to maintain two accounts, and no one could predict the value of his money tomorrow. The consequences would be fatal.

The main reason money has succeeded as a form of payment is that it makes the buying and selling of goods and services calculable. But if half of every tradesman's invoice had to be paid in a soft currency in the future, this benefit would quickly be lost. "A monetary system that no one understands is doomed to failure," says ZEW President Fuest. "When two currencies compete in a country, the weaker one is always left with nothing."

This is also borne out by historical experiences. Parallel currencies have indeed become established in many countries in the past. The deutsche mark was a common currency in the Balkans in the 1990s, and the US dollar is popular in several Latin American countries today. El Salvador even declared the greenback as its official currency in 2001.

Whether it was dollars or deutsche marks, the strong currency has always prevailed over its weak counterpart. Citizens in the Balkans and Latin America were merely following an economic rule: Stable currencies are preferred for saving, while weak ones are spent as quickly as possible -- or simply exchanged.

It shouldn't be assumed that the Greeks, Italians, Spaniards and Portuguese will be pleased when their old, inflation-addicted currencies return, especially as the drachma and other national currencies have a psychological disadvantage: They are immediately stigmatized as poverty currencies. Part of the purpose of Lucke's proposal is to reduce labor costs in Southern Europe. If implemented, it would mean that someone in Greece who had been paid €2,000 a month in the past would have to make do with €1,000 and 1,000 drachmas in the future -- along with accepting the devaluation of the drachma.

But this also exacerbates social imbalances. Those who manage to move their euro assets abroad in time are spared the supposedly soft currency devaluation. But those who receive half of their income in drachmas are made to be fools. This could only be prevented with strict capital controls, which could hardly be permanently enforced in the European Union.

And even if all citizens behaved in practice the way Lucke assumes they will, Southern Europe's banks would be threatened with substantial write-offs, perhaps even bankruptcy. Because their customers' account balances, as well as their liabilities to foreign customers, would still be denominated in euros, while half of their domestic receivables would consist of a shrinking currency, banks would quickly see large holes developing in their balance sheets. Hard euros would be on one side, while half of the other side could consist of soft drachmas or escudos. Even the soundest lenders would soon find themselves overwhelmed by this accounting principle.

States Wind Up with Bigger Debts

Southern European governments would also be hard-hit. Whereas the treasuries in Athens, Rome, Madrid and Lisbon have high euro debts abroad, half of their future tax revenues would consist of drachmas or escudos, which would gradually lose value. Companies that have borrowed money from foreign lenders, like Deutsche Bank or Commerzbank, would face the same problems.

The predictable failure of banks, companies and governments in Southern Europe would affect the financial industry worldwide, but especially in Germany. German lenders' claims against borrowers on the Iberian Peninsula, in Italy and in Greece amount to more than €200 billion. A considerable share of that money would likely be lost.

In the end, this shows that the consequences of Lucke's parallel currency concept are comparable to those of a country's withdrawal from the monetary union, both for the countries themselves and the other members of the euro zone. Only with a great deal of luck could these consequences be at least somewhat softened.

Even Lucke probably senses that his proposal doesn't really solve the current problems. When it comes to the side effects of his recipe, he issues a typical caveat: "It goes without saying," he writes, "that the transition to a second national currency entails a number of technical problems." 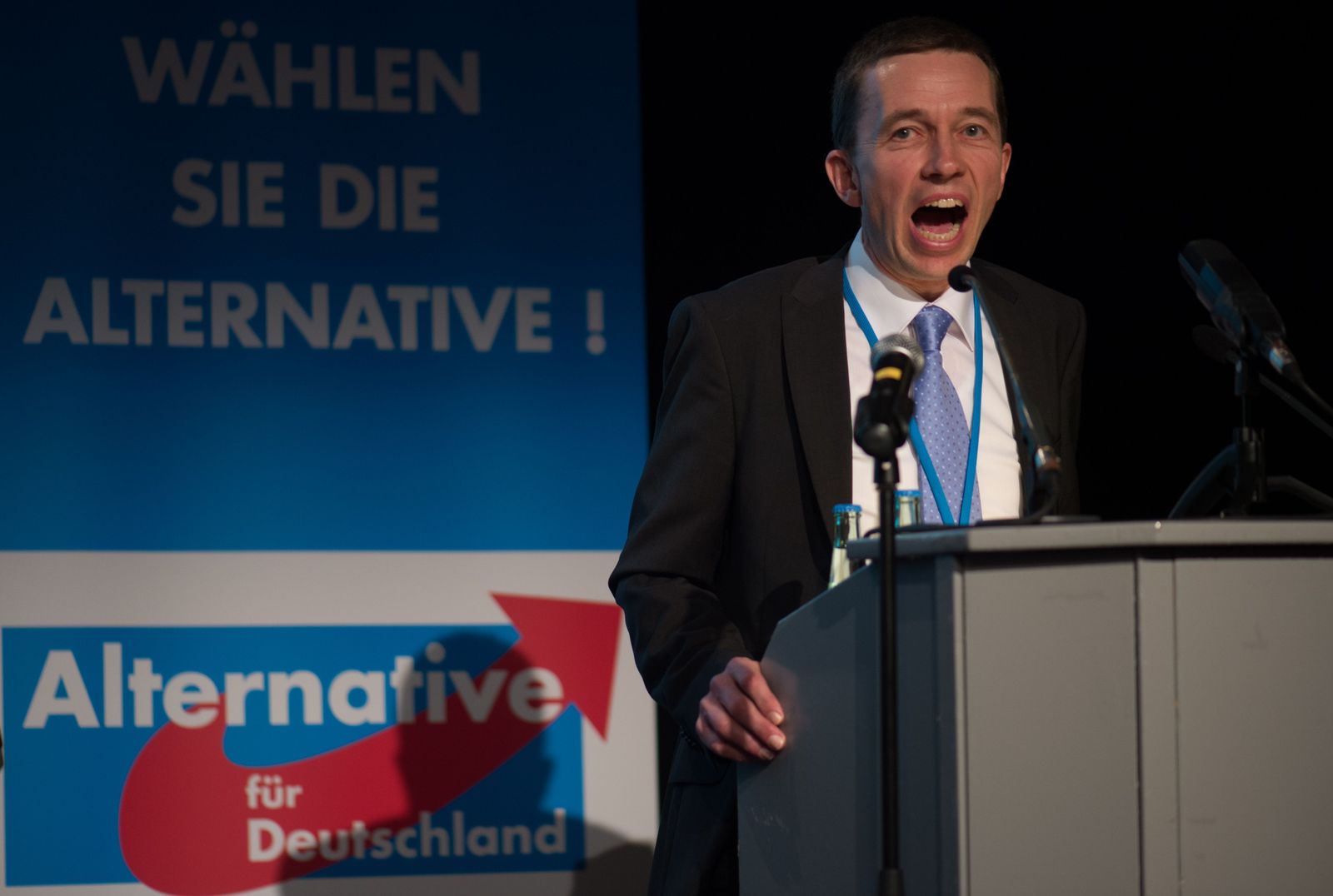 Bernd Lucke, co-founder of Germany's anti-euro party Alternative for Germany, says the euro crisis can be solved if the Southern European countries leave the monetary union -- not with a big bang, but slowly and quietly. Southern European countries would bring back the drachma, the peseta, the escudo and the lira alongside the euro. The countries' national central banks would then tie these currencies to the euro at fixed rates. 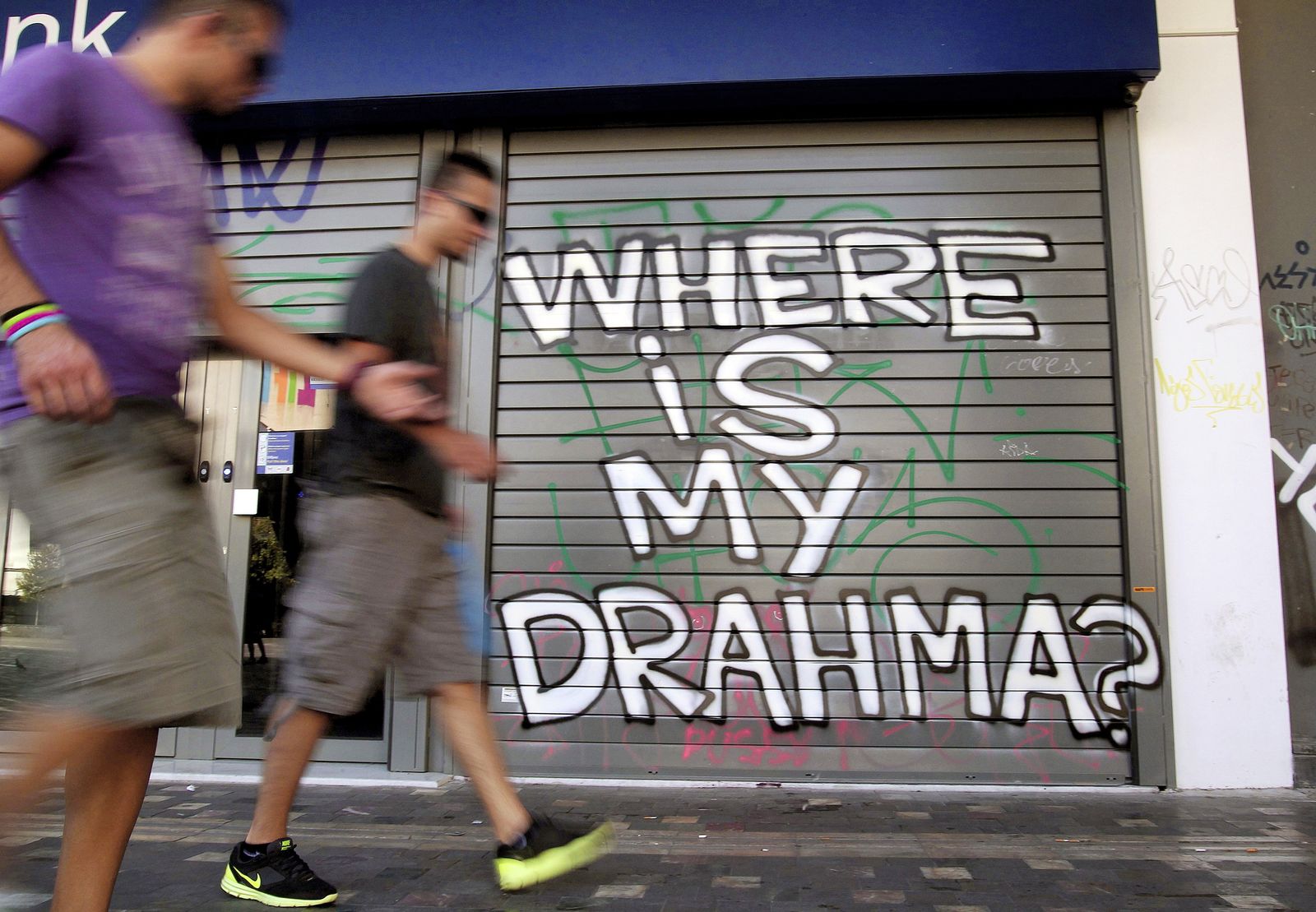 It shouldn't be assumed that the Greeks, Italians, Spaniards and Portuguese would be pleased if their old, inflation-addicted currencies were to return return, especially given that the drachma and other national currencies have a psychological disadvantage: They are immediately stigmatized as poverty currencies.