SPIEGEL ONLINE: Of all members of the German government who have made the trip to the World Economic Forum in Davos this year, you are staying the longest. Did you just want to spend a bit of time in the mountains?

Rainer Brüderle: Davos is for the economy what the United Nations is for foreign policy. The most important company leaders are gathered in Davos as are economic and financial policymakers. It is fascinating to have this enormous concentration of knowledge, experience and farsightedness in a remote Swiss village. It provides an open and uncomplicated -- and geographically intimate -- atmosphere within which to exchange ideas with decision makers from around the world. Unfortunately, my schedule only allows me to spend two of the four days here.

SPIEGEL ONLINE: What have you learned from your discussions so far?

Brüderle: The economic atmosphere is much less strained than it was last year. Everyone feels a bit of relief. Furthermore -- and this is something I am proud of -- Germany is admired for how quickly we emerged from the crisis. Everyone wants to know how we did it.

SPIEGEL ONLINE: What are you telling them?

Brüderle: That we underwent a long and painful period of restructuring -- by making, for example, the labor market more flexible. But also that Germans are unbelievably industrious.

SPIEGEL ONLINE: The German economy minister believes then that Germany has completed its crisis prevention homework?

Brüderle: No, there is still a lot to do. We urgently need to reform the financial markets. At the national level, we have already begun -- by, for example, banning naked short selling. But that isn't nearly enough. We have to involve all of the major financial centers like New York, London and Frankfurt and establish a global framework.

SPIEGEL ONLINE: Why doesn't the German government set a good example on its own?

Brüderle: Competition between the financial centers is tough. Those who press ahead unilaterally endanger their competitive standing. That is why it is important to push for global reform.

SPIEGEL ONLINE: French President Nicolas Sarkozy said in Davos that Germany and France will never give up the euro. At the same time, however, economists like Nouriel Roubini are warning that the European currency union is in danger of collapse. What is the state of our currency?

Brüderle: In Davos, it has once again become apparent that the new global growth engines are developing in Asia and Latin America. From the outside, Europe sometimes looks old. And Germany is much too small to assert its interests alone. We need the euro and we want a strong European Union.

SPIEGEL ONLINE: Still, the currency union remains a point of concern. What needs to change?

Brüderle: We have to create an architecture for the currency union that is better able to withstand crises. Germany's priority when it comes to this project is monetary stability. For that, we need an independent central bank, a low rate of inflation and a mechanism for the euro zone which includes solidarity with countries in crisis -- but which also demands structural reform from aid recipients and shares some of the responsibility with private financial investors.

SPIEGEL ONLINE: On Thursday, you met with Greek Finance Minister Giorgos Papakonstantinou. Does he see things the same way?

Brüderle: I told him that solidarity isn't a one way street. And he didn't contradict me.

SPIEGEL ONLINE: Soon, Greece's sovereign debt could be as high as 170 percent of its gross domestic product. Is your strategy of demanding reform while offering support still working?

Brüderle: Greece's priority at the moment is structural reform. That must be energetically pursued. Greece will have to further exert itself.

SPIEGEL ONLINE: Will Greece's debt have to be restructured anyway? Will investors be disadvantaged?

Brüderle: The participation of private investors is explicitly agreed to in the new crisis mechanism, which will enter force in 2013. The markets know that and all euro member states know that.

SPIEGEL ONLINE: Is the Greek government on the same page?

Brüderle: It was agreed to at the last meeting of the European Council at the end of December.

SPIEGEL ONLINE: It has long been said that EU member states must better coordinate economic policy so that European countries don't drift apart economically. So far, though, little has been done. What makes you think that the project will move forward this year?

Brüderle: All European governments have understood that the future will only be bright if we move together when it comes to economic policy. A regression to national unilateralism would not be productive.

Brüderle: Unified economic policy would not mean central control from Brussels -- it would not make things the same across the entire European Union. Governments could reach agreement within certain parameters. Take pensions as an example: It is unacceptable that Germans retire at the age of 67 while other Europeans retire much sooner -- unless their countries can finance such a system in the long term.

SPIEGEL ONLINE: Many German citizens feel that all of Europe profits from the European Union while only Germany pays. Is there some truth to that sentiment?

Brüderle: We export some two-thirds of our goods within the European Union, more than 40 percent in the euro zone. Those who want the deutsche mark back have to understand what that would mean: It would appreciate considerably and drastically worsen our competitiveness. The result would be incalculable market distortions, and not just in Germany. All Germans have an interest in keeping the euro.

SPIEGEL ONLINE: The World Economic Forum is often criticized for being a lot of talk and no action. Do you share this viewpoint?

Brüderle: No. The World Economic Forum is not a decision making body. And it's good that it's not.

SPIEGEL ONLINE: What are you bringing with you back to Berlin?

Brüderle: Optimism that we will be able to solve our problems. 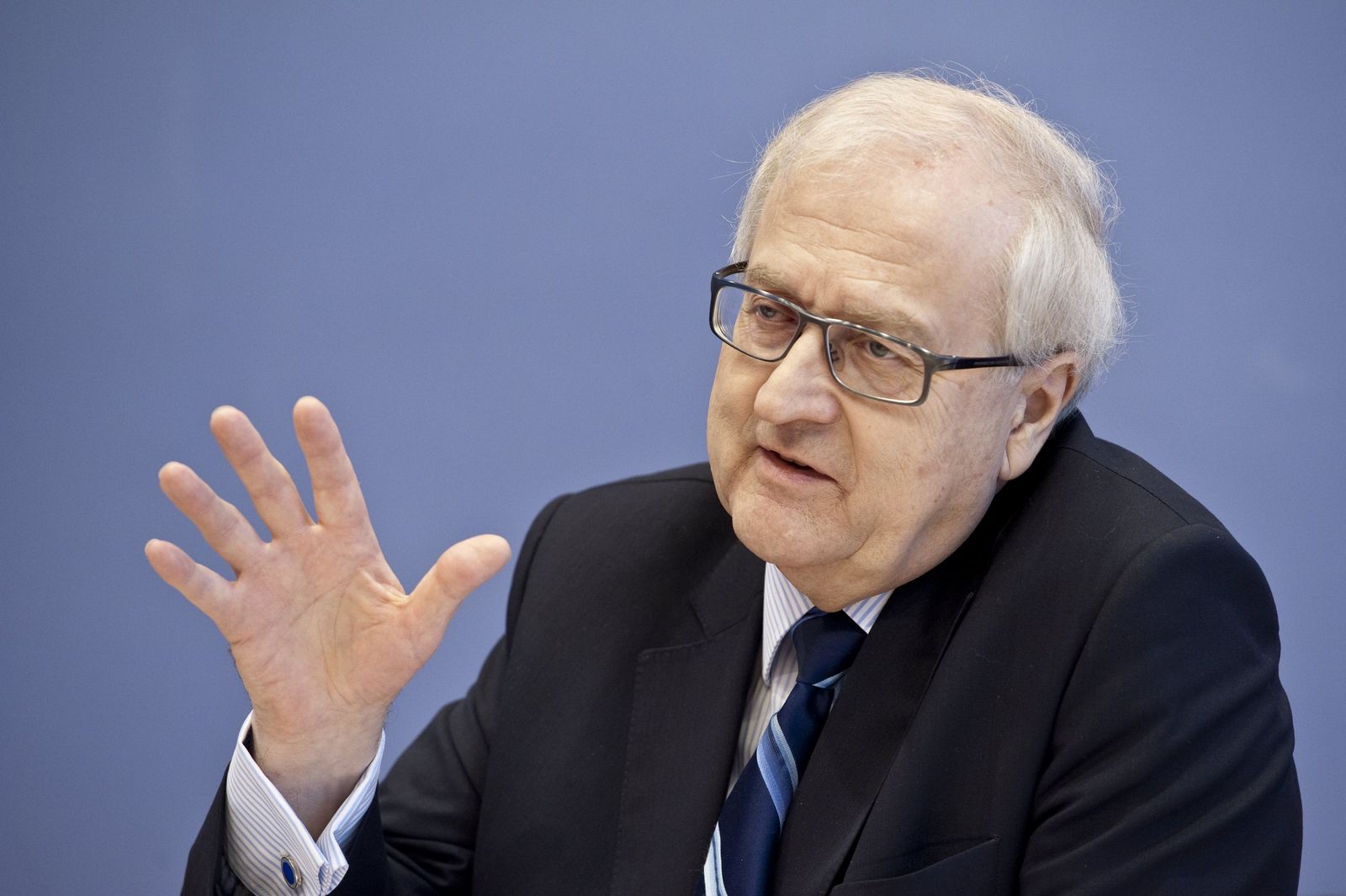 German Economy Minister Rainer Brüderle: "All Germans have an interest in keeping the euro."