The German economy continues to show signs of recovery. German consumer confidence is rising, as are the figures from several other important economic indicators. 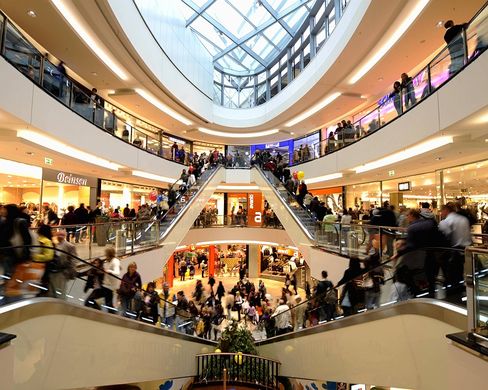 Consumer confidence is up in Germany.

German consumer research organization GfK, based in Nuremberg, released results of their monthly survey, on behalf of the EU Commission, on Monday. They announced that the German consumer climate index for August rose to 3.5 points, up from 3 points in July, as more Germans said they expected an economic recovery. This is the fourth rise in a row and the highest level of confidence since June last year.

Additionally, longer term expectations -- consumers were looking at how the economy might fare over the next year -- were also more optimistic, rising to 8.6 points from July to a rating of minus 14 points for August. This is far better than the survey's low point of nearly minus 33 and only 6 points away from last year's figure.

"Consumers obviously assume that the steep downturn in the economy has come to an end, even if they do not consider the recession to be over," writes Rolf Bürkl, a senior research consultant at the GfK. "They therefore share the opinion of several economic experts who have arrived at a similar assessment."

The GfK research, surveying 2,000 people, also indicated that the entertainment electronics and household appliance sectors were benefiting most from the German desire to spend. There was also an increase in new vehicle registrations but this is considered to have more to do with the German government's "wreck rebate," whereby owners of older vehicles get cash for upgrading.

Various reasons have been suggested for the upswing in German consumer confidence. Since the middle of the year, the government's recession relief package, which included lower health insurance premiums and income tax relief, has had an effect. Stable prices, and then falling inflation rates, have left more cash in consumer's wallets, leading them to buy as "real" prices fall. July's pension increases in Germany have also meant more money in circulation. And low interest rates have made Germans less inclined to save.

Also having an impact on attitudes is positive news coming out of other sectors. The German Purchasing Managers' Index (PMI) for July showed the biggest one-month gain since the survey began in 1998. In June the German PMI was at 44 and in July it has risen to 48.9. The PMI is based on five major indicators including new orders, inventory levels and the employment environment; when this indicator sits at over 50, it indicates expansion in manufacturing and when it sits below, it indicates contraction.

Meanwhile the business climate in Germany is also looking more positive. A monthly survey by the Information and Research Institute (Ifo), an economic research organization based out of Munich University, reports the highest levels of confidence since last October. The index had gone up for several months in a row -- to 87.3 in July, up from 85.9 in June. And it reflected not just hope for the future but satisfaction about current conditions which, according to some analysts, meant that a recovery was looking more realistic to local business.

"Firms are no longer quite so dissatisfied with their current business situation," said Ifo president, Hans-Werner Sinn. "They are again less skeptical regarding business developments in the coming half year. It seems that the economy is gaining traction."

An Ernst & Young survey of business confidence released late last week supports this, indicating that while the majority of businesses are either ambivalent or negative about their current situation, they are overwhelmingly positive about the future. In the short term, German businesses believe they have reached the lowest point, with 31 percent believing things will get better from now on. And in the medium and longer term, most predict things will slowly improve. Over half -- 66 percent -- say things will improve over the next year and around three quarters --79 percent -- are optimistic that the economy will turn around within the next two years.

As Klaus Zimmerman, president of the German institute for Economic Research (DIW) told the Neuen Osnabrücker Zeitung, a daily newspaper based in the state of Lower Saxony, over the weekend: "Most indicators show an economic recovery and we will see that the free fall has ended, based on German figures for the second quarter." After a disastrous fall of 3.8 percent in the first quarter of this year, all figures indicate that the German economy is expected to return to slow growth in the third quarter.

'One Swallow Doesn't Make a Summer.'

However various experts are also advising against being over optimistic. Skeptics say that all the financial stimulus provided by national governments can't help but have an effect on economic growth. "One swallow doesn't make a summer," Hans Michelbach, the chairman of the Christian Social Union (CSU) association for small business, told news agency Reuters. "We should keep a clear vision of reality."

And like many others, Michelbach suggested that the real test for consumer and business confidence could come later in the year, with the release of unemployment figures. In June, a total of 3.41 million Germans were registered jobless (a quarter of a million more than in the previous year) and the unemployment rate was 8.1 percent. These figures are expected to continue to rise, with some pundits fearing unemployment of over four million and, in the worst case scenario, even five million.

There is also concern in Germany about the health of its banks and the possibility of a credit crunch over the next few months. Additionally businesses are worried about the potential for inflation following huge injections of cash, in the form of stimulus packages, into the economy by the government. Around 64 percent of those surveyed by Ernst & Young are worried about negative repercussions of possible inflation.

So could these apparent signs of an ongoing German recovery drive the European Union's own economic turnaround? Germany's upswing is clearly having an impact. The Eurozone PMI also hit a high point in July, rising from 44.6 percent in June to 46.8 in July. However, while there is a deceleration in contraction and a series of small but steady signs of growth, other European states still lag behind Germany, the largest economy in the EU -- and, as the Financial Times has reported, the EU as a whole also continues to lag behind the UK and the US.