SPIEGEL: Mr. Teyssen, E.on has invested almost €6 billion ($8.3 billion) in modern power plants in Russia and and has risen to become the largest foreign energy supplier in the country. Do you worry about the future of your investments given the intensification of the crisis in Ukraine?

Teyssen: No. There is no reason for concern.

Teyssen: If we earned our money with speculation, then I would perhaps be worried. But we provide something that is beneficial to people. We have constructed what is likely the most modern power plant complex there, employ 5,000 Russians and provide electricity and heat to thousands of customers.

SPIEGEL: The crisis could get even worse. Sanctions are in the offing and your power plants could come under state control. The Association of German Chambers of Commerce and Industry has warned of possible expropriations.

Teyssen: Our company has been active in Russia for 40 years. It is a period spanning the Cold War as well as invasions of Afghanistan from both the West and the East; much tenser times than now, in other words. Our business relations have remained consistently positive throughout all those years. There was little reason for us to complain. I assume that everyone will react responsibly in the present situation as well and that the ties will remain stable.

SPIEGEL: You don't see potential problems resulting from Russia's illegal occupation of Crimea and the efforts to split the region off from Ukraine? The West can't simply accept the situation.

Teyssen: Of course there is a political crisis. And I hope very much for an easing of the tensions soon. But nowhere do I see any limitations for our business. Customs, visas, imports and exports -- everything is running completely smoothly.

SPIEGEL: The value of Russia's currency, the ruble, has also declined significantly.

Teyssen: That isn't great for our bottom line, of course. But it is no reason to pull back. If we wanted to sell everything tomorrow, then the poor exchange rate would be a problem, but it is not decisive for our long-term success.

SPIEGEL: Is the ruble's devaluation not a direct consequence of the policies pursued by Russian President Vladimir Putin?

Teyssen: Currencies in other countries too have experienced significant loss of value in recent months -- countries like Norway, Canada and China. The Russian government surrounding Putin has promised stable conditions for private capital and investors. And thus far it has fulfilled that pledge.

SPIEGEL: What makes you so sure that things will remain that way? Think about the expropriations targeting the energy multinational Yukos and its former owner Mikhail Khodorkovsky. The company was once private and had Western investors, but it was transformed into an energy giant under the control of Russia's parliament, the Duma.

Teyssen: I am not familiar with the exact details of the case. We have never experienced inadmissible meddling.

SPIEGEL: Can you at least understand that such behavior triggers concern in the West that Putin could take advantage of Europe's dependency and use natural gas and oil as a strategic weapon?

Teyssen: No. I don't understand that. And I am tired of this eternal prattling on about dependency. One could also describe a marriage as dependency if one were feeling spiteful. But one could also see it as a partnership. Europe and Russia have built up an energy partnership over the course of four decades and over that entire period, there hasn't been a single day on which natural gas was used as a strategic weapon against the West. Plus, both sides profit equally from this partnership. Even now, natural gas is flowing normally through all the pipelines. Those are the facts.

SPIEGEL: If we may: The European Union warns almost monthly against over-dependency on Russian oil and natural gas. Indeed, for this very reason, the EU wanted to spend billions of euros building its own pipeline.

Teyssen: That is a completely separate issue. I think it is strategically correct behavior for Europe to seek to diversify its supply sources and routes, because its own supplies of raw materials are limited. But Russian natural gas provides a reliable foundation for our energy supply. We should continue to take advantage of it.

SPIEGEL: You are, of course, only saying that so as to protect your delivery agreements with Gazprom and your power plants in Russia.

Teyssen: No, I am saying that out of deep conviction. I don't want to intervene in foreign policy issues. But I believe that we have pursued very responsible policies toward the East in recent years. The establishment of good faith and economic integration has led to 6,000 German companies being active in Russia. Conversely, Russian companies are here, controlling corporations and natural gas pipelines. Our continent has become more peaceful as a result of the partnership. We shouldn't frivolously gamble it away.

Johannes Teyssen has been CEO of German energy giant E.on since 2010. The company has extensive business ties with Russia and employs 5,000 people in the country. 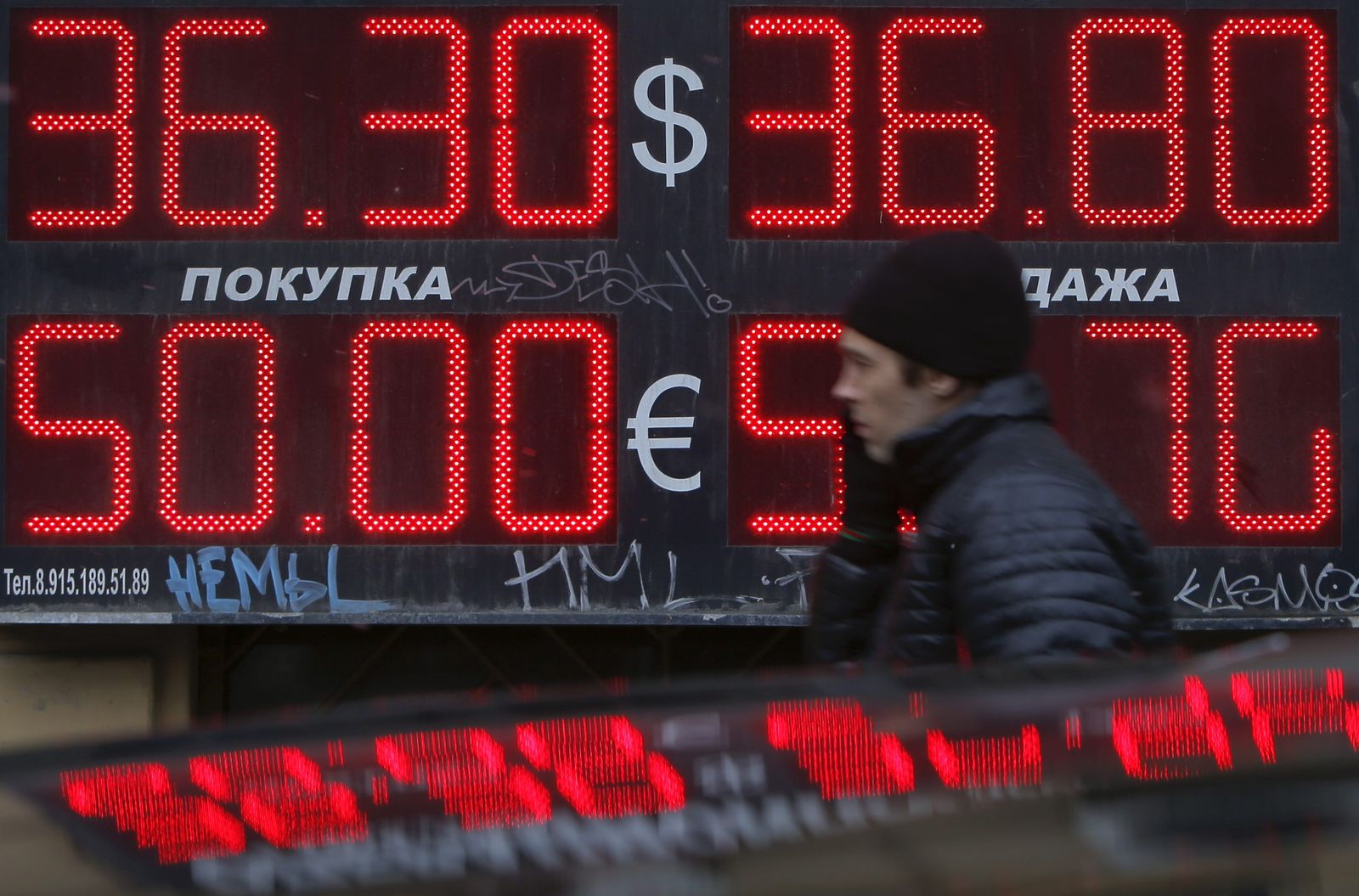 Russia's currency has suffered as a result of the crisis in Ukraine.