There must have been moments when major insurer Ergo's corporate auditors had to simply shake their heads. Perhaps when they added statements like this: "During dinner, the hired violinist appeared. According to A., he is the brother-in-law of Budapest's police chief, who was responsible for extending the closing hours from midnight to 4 a.m. at the Gellért thermal baths for the event."

The passage is just a small part of an internal investigative report by Ergo following revelations that Hamburg Mannheimer International (HMI), now part of the prominent international insurer, had hosted a decadent sex party at the historic Budapest bathhouse in 2007 to reward its employees for their work. German daily Handelsblatt broke the story last year and has now published details from the internal report, which was finished in June 2011.

But as respectable as the report may be, it reinforces the impression that emerged when news of the sex party first surfaced -- at Ergo, appearances and reality were two very different things.

Beginning around 2010, the company focused on giving itself a friendlier, more human identity, advertising with slogans like, "Insuring means understanding." But, in reality, Ergo -- which confirmed after the sex-party scandal broke that some of those present remained in their employment -- still represented the old school. And these men wouldn't settle for just getting friendly. Instead, they were rewarded for selling new contracts with venal sex arrangements.

'What Is Going On Here?'

Witnesses of the party included prominent chefs Stefan Marquard and Wolfgang Weigler, whose catering agency was responsible for serving the event. They were not aware of the party's special character ahead of time, Weigler told SPIEGEL ONLINE. "At the beginning, it was a totally normal event," he says. But this changed over the course of the evening. "Naturally, I asked myself what was going on, and I was disgusted."

As service providers, he and his partner were obliged to be discreet, which is why they have not previously spoken of the incident, Weigler says. "If I'd known about it before, I wouldn't have done the event," he adds. But he did cancel his insurance policy with HMI afterwards. "It seemed too stupid to me," he says.

Some of the descriptions in the investigative report seem as decadent as scenes from blockbuster films. According to "confirmed statements by seven participants," a boat floated by on the nearby Danube River carrying "topless hostesses" to begin the evening. The half-naked women held up a placard that read "We love HMI."

"Hiring prostitutes oversteps ethical and moral boundaries," the auditors write in their report. Although the fact that these services were then offset as business expenses against tax was not legally objectionable, spending money "on prostitution services is in gross contrast to the values of the Ergo company."

The auditors also discovered "glaring" violations of internal regulations. Not only was the sex incentive trip, which cost a total of €83,000 ($102,000), not properly documented, but payments for services were also irregular. One Budapest agency, for example, was paid more than €4,000 for what was supposed to be a free service, while plane tickets to Budapest worth nearly €36,000 were paid for twice. Furthermore, "about 20 people too many were added to the flight bill," the report says.

Such a sloppy approach to company finances apparently has a long tradition in the company, though. Two witnesses reported hearing that "prostitutes were flown in as part of an HMI leadership seminar at Lake Zurich in the late 1970s." But the costs were registered under "helicopter tours," they said. Another statement revealed how the "consumption of champagne was covered up by arranging with sellers to put 600 or 700 bottles of cola on the bill."

After the Budapest bathhouse sex party, there was also at least one more dubious incentive trip, though the former marketing director and current Ergo board member Ludger Griese did try to prevent similar debauchery. The winners of a competition were offered laptops instead of the trip, and 15 of the 17 winners took the offer.

One of the two other employees was Wolfgang Thust, Handelsblatt reports. Once an influential agent at HMI and the author of a book called "Geldmaschine Strukturvertrieb" ("The Pyramid Sales Money Machine"), Thust is a colorful figure. On his homepage, Thust presents himself as a tough rebel, highlighting this with what seems to be a self-composed song that includes the lines: "You came into the world as a winner, you reached your target as one out of millions of sperm."

Naturally, such a man would not be satisfied with a laptop. The star seller and a colleague flew to the Spanish island of Ibiza on Ergo's bill in 2008. The trip cost some €30,000 and was nearly as opulent as the Budapest sex party. The men were taken to the airport in a Hummer limousine, stayed in a five-star hotel and enjoyed a "luxurious garden party" at a rented villa.

The auditors did not, however, find any evidence of sexual debauchery. "According to the information provided, no prostitutes were present," the report says. 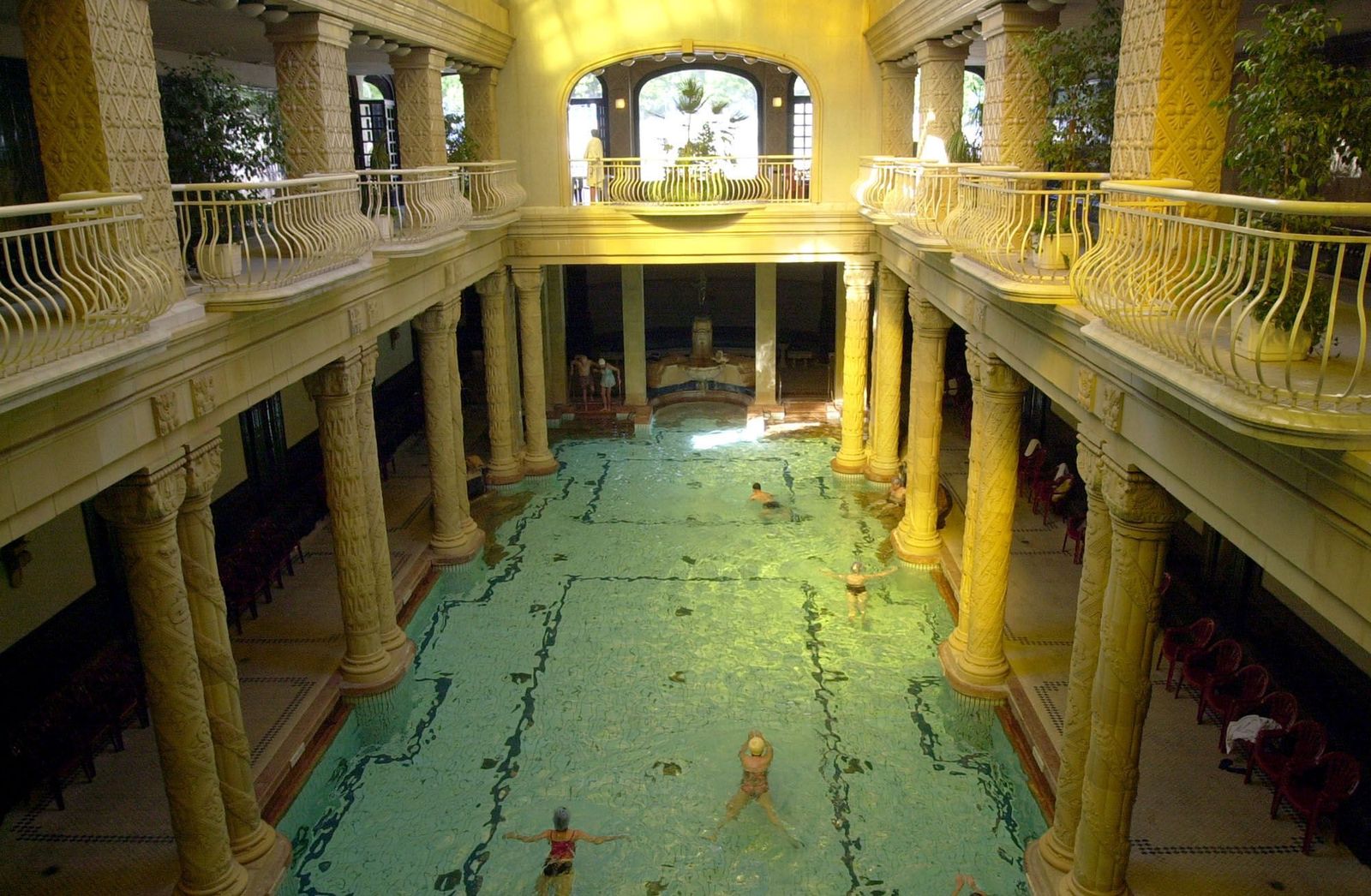