It sounded like a historical moment was in the offing. For the first time, Europe's finance ministers were seriously planning on publicly denouncing tax havens by presenting a black list of countries that lure companies through tax-saving schemes. French Finance Minister Bruno Le Maire said the countries on the list were "not doing enough to fight tax evasion." Fellow Frenchman Pierre Moscovici, the European Union's commissioner for economic and monetary affairs, called for vigorous sanctions.

The scandals surrounding Lux Leaks and the Panama Papers in recent years revealed how brazenly some states allow tax dumping at the expense of their neighbors. The EU then declared that it would force those countries to increase transparency by exchanging tax data.

That was one and a half years ago, and that momentum has largely disappeared. This is partly because the black list had several fundamental shortcomings from the beginning. EU member states, for example, don't appear on the list, even though Luxembourg, Malta and the Netherlands are often criticized for attracting companies with low taxes.

More recently, the EU also seemed to be hesitating to include other countries where tax dumping was clearly taking place -- most prominently, the United States.

Internal documents from the European Council working group responsible for the issue suggest that the United States ignored a late June deadline to avoid being included on the list. DER SPIEGEL has seen the ("EU restricted") internal documents.

The U.S. had multiple concrete opportunities to address the issue: It could have signed onto an agreement of the Organization for Economic Co-Operation and Development (OECD) allowing for automatic information exchange. Or it could have reached a deal on its last outstanding bilateral agreement with an EU country, in this case Croatia. Thus far, it has done neither.

The U.S. negotiator told his EU counterparts in a conference call on July 18 that there are "political reservations" in the U.S. Senate -- especially when it comes to the automatic exchange of information about financial accounts in accordance with OECD standards. The U.S. gains a competitive advantage when it doesn't follow the strict transparency rules of the OECD, because those rules make it harder for companies to hide money from the local tax authorities outside of their home country.

The EU negotiators want to compel the U.S. to at least try to find a solution. The next revision of the list is expected to take place in early 2020. In the EU Council, which represents the leaders of the EU member states, people believe that "nothing will change before then." And afterward? It's unclear.

Although the U.S. has long enjoyed crusading against international tax havens and, at one point, placed heightened pressure on Swiss banks, it allows tax competition between individual states in the U.S. to proceed freely. This has allowed U.S. states like Delaware to become the "favored haven of companies listed on the DAX," Germany's blue chip stock index, "with generous protection for offshore shell companies," as the German business monthly Manager Magazin describes it.

One reason for the Europeans' restraint could be the growing economic conflicts with the Trump administration. The U.S. president is assiduously threatening to apply punitive tariffs on car imports from the EU, and he is particularly angry at the French, who recently and unilaterally introduced a digital tax on large internet companies. Trump sees it as a hostile act against U.S. internet giants like Amazon and Google.

If the U.S. were black-listed alongside Belize and the United Arab Emirates, it would be seen as a serious escalation. Even now, EU diplomats are worried that the U.S. president will air his grievances during the G-7 meeting this weekend in the French resort city Biarritz.

Some German parliamentarians believe the EU should show no leniency. According to conservative estimates, EU countries are losing between 60 and 200 billion euros per year due to tax evasion. "Straight talk is the only language Donald Trump understands," says Fabio De Masi, a member the German federal parliament, the Bundestag, representing the leftist Left Party. "It cannot be that the world's biggest tax haven, the U.S., is taken out of the EU list."

He is supported by Markus Ferber, a member of the European Parliament representing the Christian Social Union, the Bavarian sister party of Angela Merkel's center-right Christian Democrats. Ferber visited the U.S. states together with other members of a special committee investigating the Lux Leaks data three years ago to look into their tax-avoidance tricks. "Many U.S. states like Delaware are tax havens," he says. The Green Party in the European Parliament have adopted a similar stance. "If the black list is to do what it promises," says Sven Giegold, a financial expert in the party, "then the U.S. definitely needs to be named." 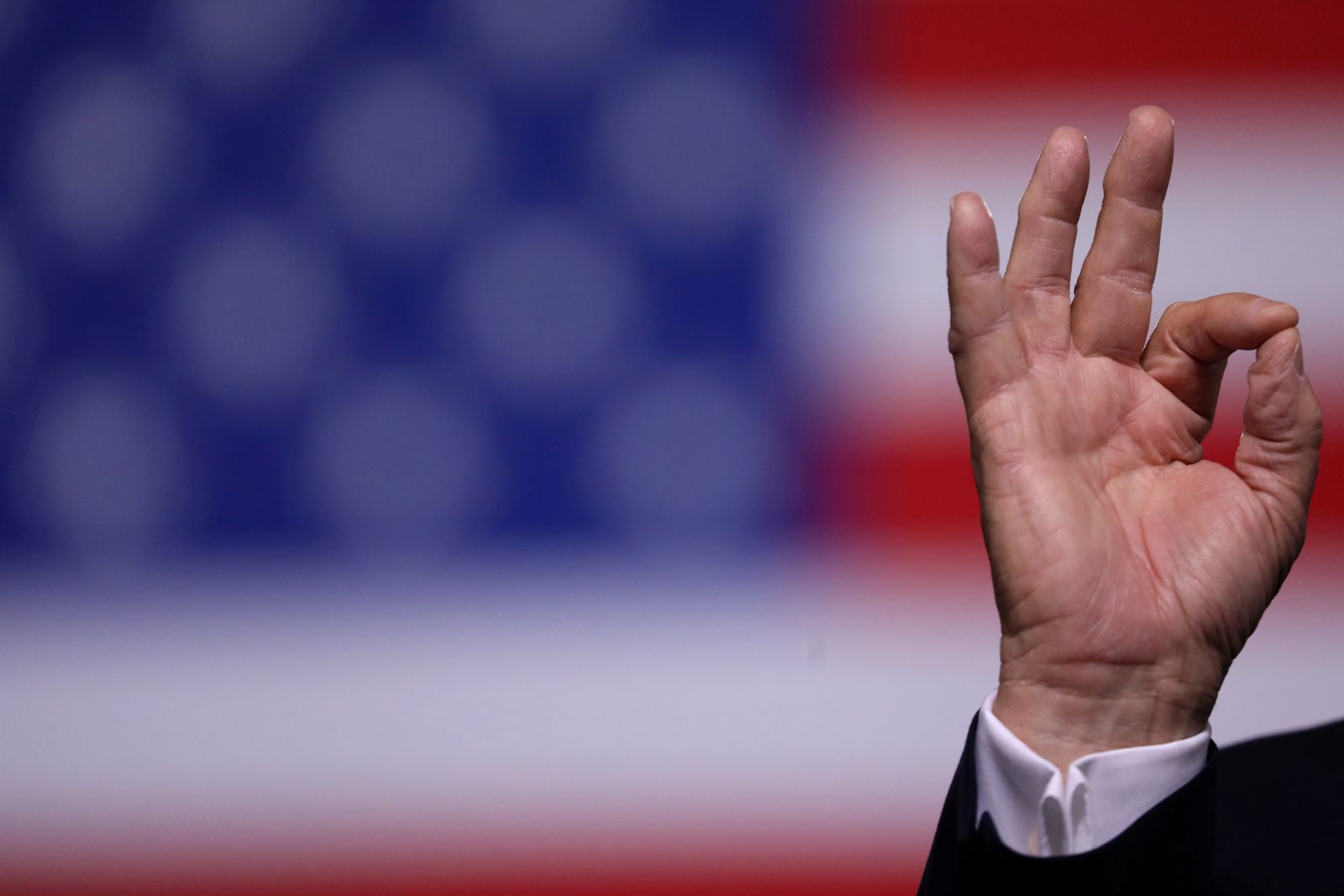 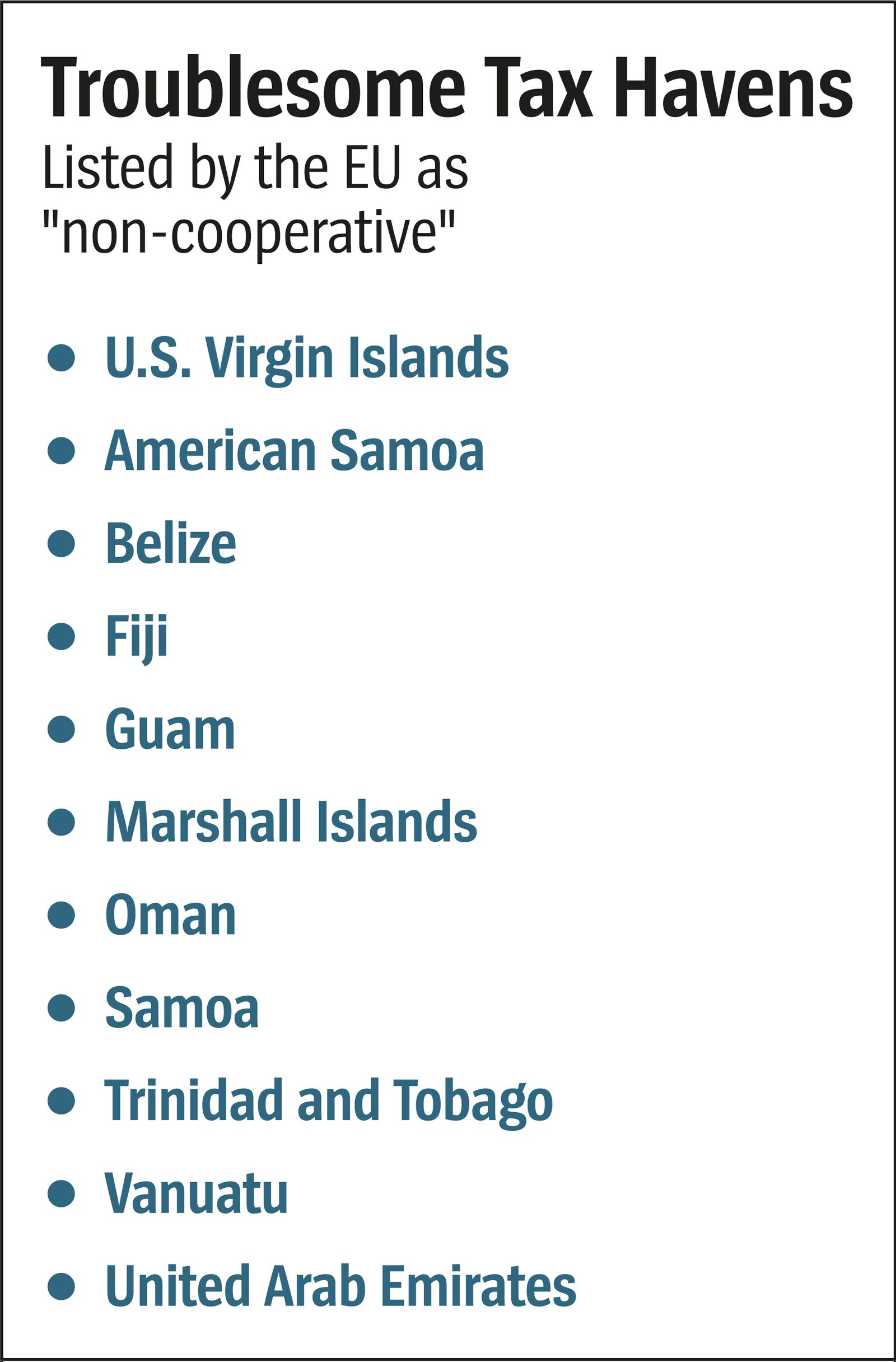