Resistance to calls for the introduction of euro bonds appears to be crumbling ever so slightly within the parliamentary groups of German Chancellor Angela Merkel's government, leaving the door open that Berlin may yet shift its position on the highly divisive issue.

Only a day ago, Merkel had described as "extraordinarily distressing" and "inappropriate" a call by the European Commission, the European Union's executive, to introduce so-called " stability bonds." But with pressure mounting across Europe for a strong response to the euro crisis through the introduction of the bonds, newspaper reports in Germany on Thursday indicate that some within the chancellor's Christian Democratic Union (CDU) party -- as well as other conservative lawmakers with the Christian Social Union (CSU), the CDU's Bavarian sister party -- might be willing to give up their objections if certain conditions were met.

Citing conservative parliamentarians, the mass-circulation tabloid Bild reported that scenarios are currently being discussed that could lead to a German agreement on euro bonds. The sources said Berlin may be forced to accept euro bonds in exchange for other European Union countries accepting Berlin's demands for a tightening of the provisions of the euro stability pact.

The Financial Times Deutschland newspaper is also reporting that resistance to euro bonds is diminishing. "We never say never. We only say: No euro bonds under the existing conditions," Norbert Barthle, the budget policy spokesman for the parliamentary group of the CDU and its Bavarian sister party, the Christian Social Union, told the newspaper.

The newspaper also noted that Merkel's criticism of European Commission President José Manuel Barroso's plan had been aimed at the timing of his proposal. Merkel said during a budget debate of the German parliament that the pre-condition would be a change to the EU treaties as well as the introduction of a strict austerity regime.

According to the newspaper, the European Central Bank has also made its first fundamentally positive statement about the prospect of euro bonds. "Even if they are clearly seen as an unrealistic prospect, euro bonds, from the pure perspective of the international monetary system, would be useful as a reserve asset for the world economy," ECB deputy chief Vitor Constancio said on Wednesday.

Barroso Is the 'Mercenary of Dolce Vita Countries'

So far, German conservatives and their junior coalition partner, the business-friendly Free Democratic Party (FDP), have strictly rejected the introduction of euro bonds. And many heavyweights in the parties still oppose them. Bild quotes CSU General Secretary Alexander Dobrindt heavily criticizing European Commission President José Manuel Barroso's proposal to introduce euro bonds. "Barroso has made himself the mercenary of Dolce Vita countries who want to get access to our tax money quickly," he told the paper. He said Barroso's proposal to spread the burden for individual countries' debts across the euro zone is an affront to Germans.

Industry and business leaders have also come out critically against the euro-bond plans. Hans-Peter Keitel, president of the Federation of German Industries (BDI), a powerful business lobby association, told the Rheinische Post newspaper he hoped very much "that Ms. Merkel will stick to her position" and resist demands for euro bonds.

Outside of her comments in parliament on Wednesday, Merkel is saying little about the issue. She plans to meet in Strasbourg, France, for lunch with French President Nicolas Sarkozy and new Italian Prime Minister Mario Monti on Thursday to discuss the euro-zone crisis. The controversial euro bonds will be at the top of the agenda.

Many other euro-zone countries have already spoken out in favor of common bond issues, though France has yet to establish a clear position. The bonds are aimed at ending the distrust that most investors currently harbor towards the euro zone. Currently, countries like Italy and Spain are having an increasingly difficult time raising fresh capital on the markets at affordable interest rates. Risk premiums on French government bonds have also risen markedly in recent days.

An additional shock hit financial markets on Wednesday after Germany, widely considered a safe harbor in the euro crisis, failed to find enough buyers for an auction on 10-year government bonds, known as Bunds. Analysts described the development as a warning signal, showing that the crisis now needs to be solved as quickly as possible.

Even if Merkel were to relent only in part in the dispute with the rest of the euro zone, it would likely give her stronger standing in terms of pushing through her ideas for future European stability policies. Merkel and her Finance Minister Wolfgang Schäuble (CDU) want to change the EU treaties in order to be able to implement stiffer penalties for perpetual violators of stability pact deficit rules. "We need rules for a common finance policy that will be observed by member countries and, if need be, enforced," Schäuble told public broadcaster ZDF in an interview on Wednesday night. "That's why we need a treaty change, so that we are no longer reliant on promises."

Schäuble is also calling for the introduction of a so-called "debt brake," or balanced budget law, in countries all across the EU. He said all member states would have to obligate themselves to the agreement, "and if the budgets fail to meet those requirements, then the European Commission needs to be in the position to be able to reject it."

The pressure for the German government to act is growing. On Wednesday, EU Economic and Monetary Affairs Commissioner Olli Rehn urged the bloc to move quickly to fight the debt crisis, stating the the situation in financial markets is "getting worse by the day." 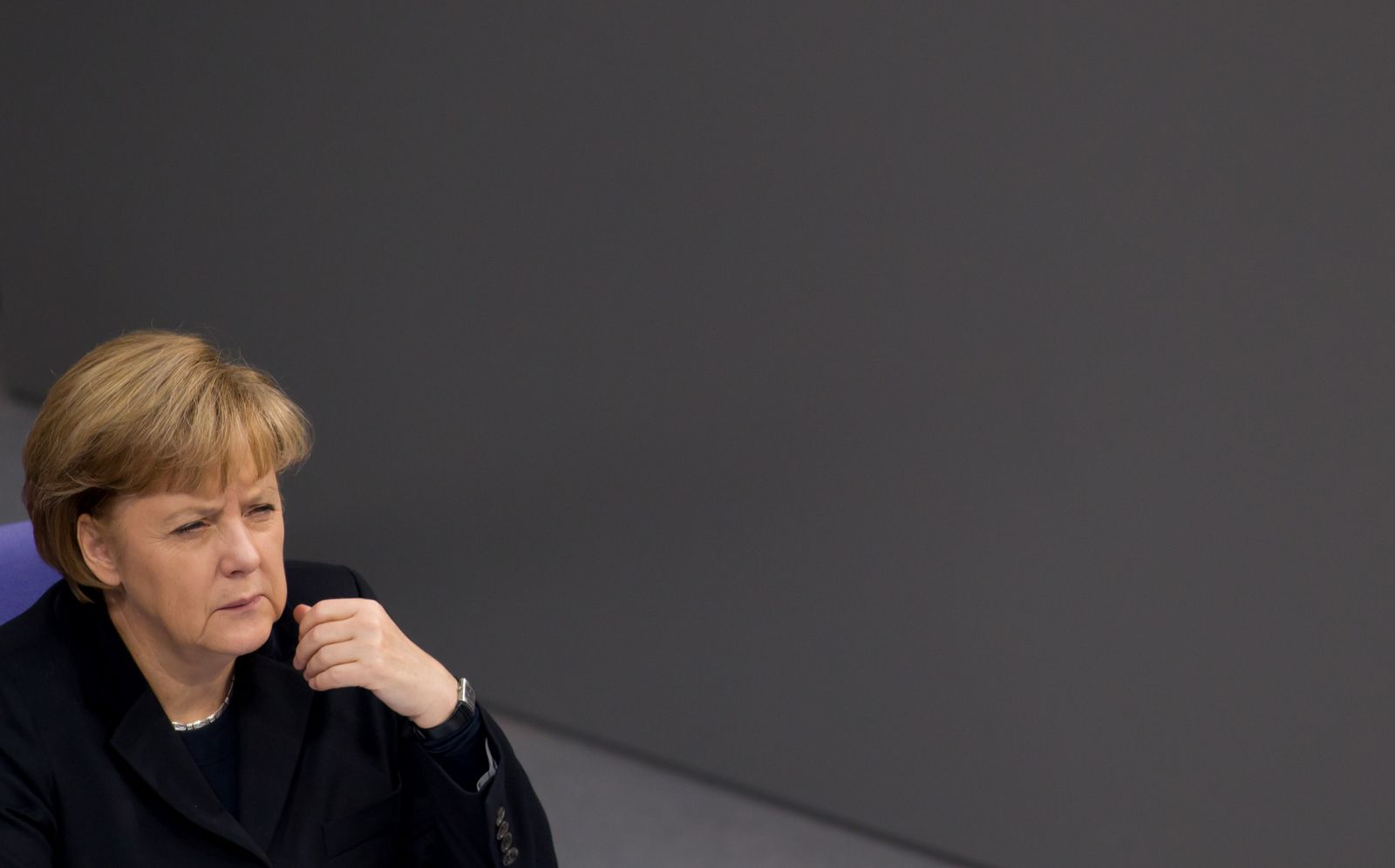