Global financial markets have, for the moment, been calmed. The European Central Bank has embarked on its program to buy unlimited sovereign bonds as needed from euro-zone countries suffering from high borrowing costs and all of those countries have adopted strict austerity programs to get their budgets in order.

That, though, has not been good for economic growth -- and now the European Union has released new figures highlighting a struggling euro-zone economy. According to a report released on Wednesday by Eurostat, the European Union's statistical office, unemployment in the 17-nation common-currency area stood at 11.6 percent in September, the highest it has ever been.

The numbers represent an up-tick against the 11.5 percent rate reported for August. In total, Eurostat estimates that 18.49 million people were out of work in the euro zone, up 146,000 over August. The rate indicates a significant rise against the euro-zone unemployment rate in September 2011, which was 10.3 percent.

The trend toward spiking unemployment rates was particularly strong in those countries suffering the most under the ongoing euro-zone debt crisis. Between September 2011 and the same month a year later, the unemployment rate in Spain rose from 22.4 percent to 25.8 percent and in Portugal from 13.1 to 15.7 percent. In Greece, unemployment rose from 17.8 to 25.1 percent from July 2011 to July 2012, the last figures available for the country.

With the euro-zone economy likely headed for a year of negative growth this year -- the ECB is forecasting a 0.4 percent contraction -- it seems unlikely that employment in the 17-country currency zone will improve any time soon. Next year, the ECB foresees a mere 0.5 percent expansion in the euro-zone economy. "With surveys suggesting that firms are becoming more reluctant to hire, the euro-zone unemployment rate looks set to rise further," Ben May, a European economy analyst with Capital Economics, told the Associated Press.

Some countries within the euro zone, however, have so far avoided high unemployment rates, with Austria, Germany, Luxembourg and the Netherlands leading the pack. According to EU calculation methods, Austria has an unemployment rate of a mere 4.4 percent, while Germany comes in at 5.4 percent.

The German rate, however, is no longer falling, according to a report released by the country's Federal Employment Agency. According to the German method for measuring unemployment -- which calculates those looking for work rather than the EU method which counts those who work below a minimum number of hours each week -- the jobless rate in the country was 6.5 percent in October.

The rate is unchanged against September, indeed the absolute number of unemployed people even fell by 35,000 to 2.75 million. But once the numbers are seasonally adjusted, they reveal that the number of jobless actually rose slightly. The October numbers also represent a climb against the same month in 2011, the first time that has happened since way back in February 2010. 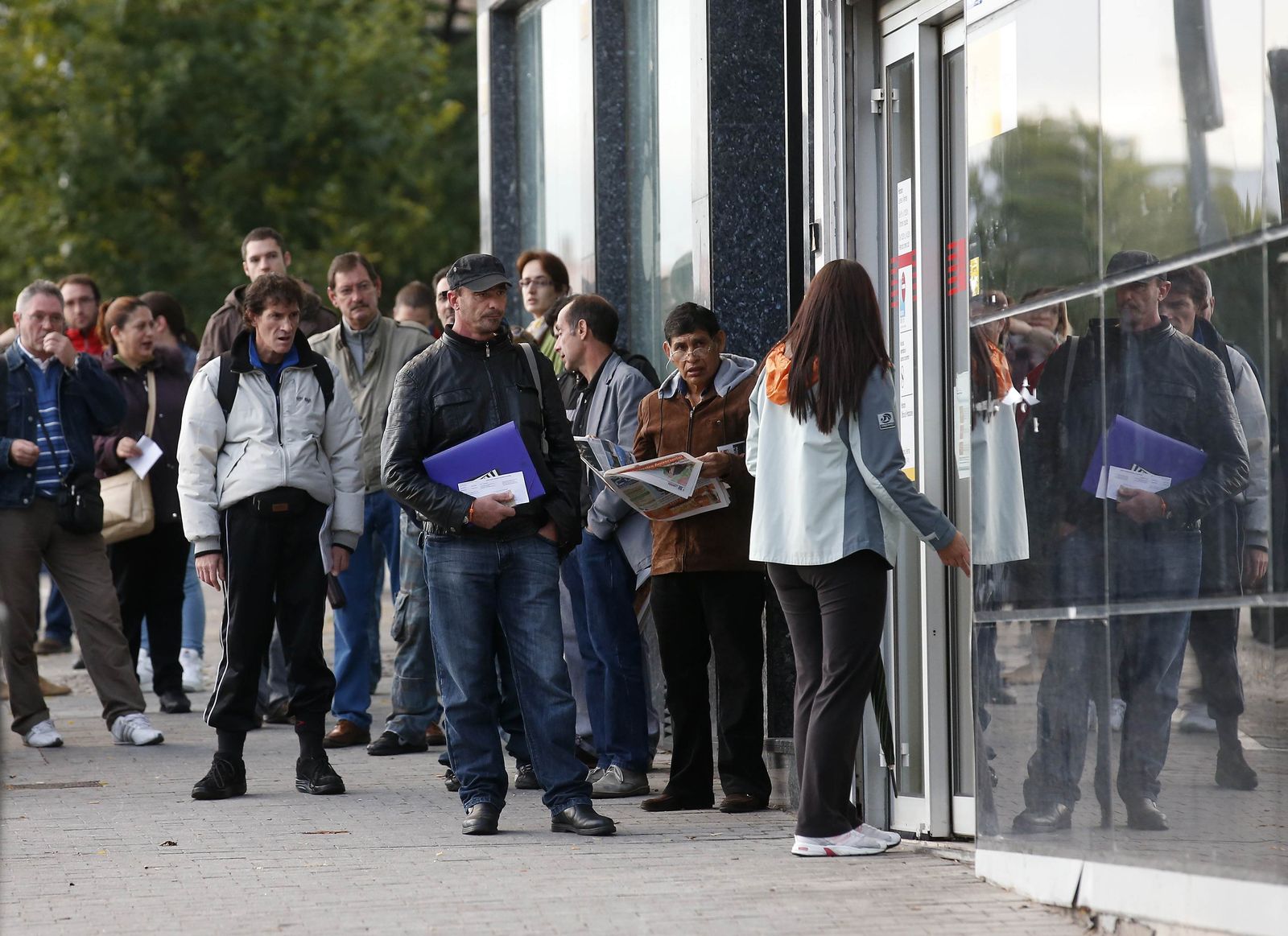 People waiting their turn at an employment office in Madrid last week.