Much of Europe closes up shop in August. From steelworkers in Spain to technology consultants in Germany, the European Union's workers head for the coast or other vacation hot spots, forgoing the sweltering heat of Europe's cities for some rest and relaxation.

Europeans on average pocket almost 10 more vacation days than their US counterparts. That's the findings from research by consultants at Mercer, which analyzed the minimum number of vacation days that companies across Europe must provide to staff with 10 years' service, as well as the number of national holidays in each country.

The study reveals the average time off in European Union countries is now 34.4 days, compared with just 25 in the US. Overall, employees in Lithuania are entitled to the greatest amount of paid leave, with 41 holidays per year. France and Finland come a close second, with 40.

"In Europe, time off is enshrined in government legislation, so employers are forced to hire more staff to cover the gaps," says Matthew Hunt, a principal in Mercer's international team. "The US takes a different view; there's a focus on maintaining productivity."

Americans may take less vacation, but are they really more efficient than their European colleagues? Figures from the World Economic Forum certainly show the US remains the world's most competitive country. Yet other data, including countries' GDP per hours worked, reveal Europe still gives America a run for its money. That means many parts of the Old World are at least as productive as the US, if not more, with the added bonus of up to eight weeks off a year.

Europe's top performers include some of the region's smaller nations. Leading the way are the Benelux countries (Belgium, the Netherlands, and Luxembourg), which outperform the US based on gross domestic product per hours worked each year. According to the Organization for Economic Cooperation & Development, Belgium and the Netherlands, which mandate 30 and 28 annual vacation days, respectively, are almost 2 percent more productive than the US. And Luxembourg, with its highly competitive financial services industry and 32-day yearly vacation allowance, is a staggering 27 percent more efficient.

Even France proves it can compete with America's world-leading economic productivity. By focusing on high-value manufacturing, such as luxury goods made by the likes of Louis Vuitton, France is a mere 2 percent less productive than the U.S., based on the OECD's analysis of GDP per hours worked. That comes despite the French taking 40 days off a year, and working, on average, 37 hours a week. And in Germany, Europe's largest economy, productivity is only 7 percent behind that of America, predominantly because of the country's export-oriented manufacturing sector. The Germans also work five fewer hours per week than their US counterparts, take five more days vacation each year, and have an unemployment rate almost two percentage points lower than the comparable US figure.

There are signs that Europe's largest economies may rebound faster than the US On Aug. 13, French and German policymakers revealed a 0.3 percent increase in the countries' second-quarter GDPs, far outperforming economists' predictions. That came after governments pumped billions of dollars into the economies to prop up domestic manufacturing. Overall, the European Union's economy shrank at a modest 0.3 percent over the same period, while US GDP also dropped the same amount between April and June of 2009.

Unlike the US, many of Europe's eastern economies lack a well-established technology industry to help improve efficiency. According to Peter Tergeist, an economist in the OECD's employment analysis and policy division, the US benefits from world-class technology, particularly in its services and manufacturing sectors. "That is a big advantage," he says.

Yet as many Europeans sun themselves on beaches from Croatia to Corsica, economic productivity will be the last thing on their minds. And by taking so much time off this summer, Europe's workers are sure to be well-rested just as the economy begins to show signs of recovery. 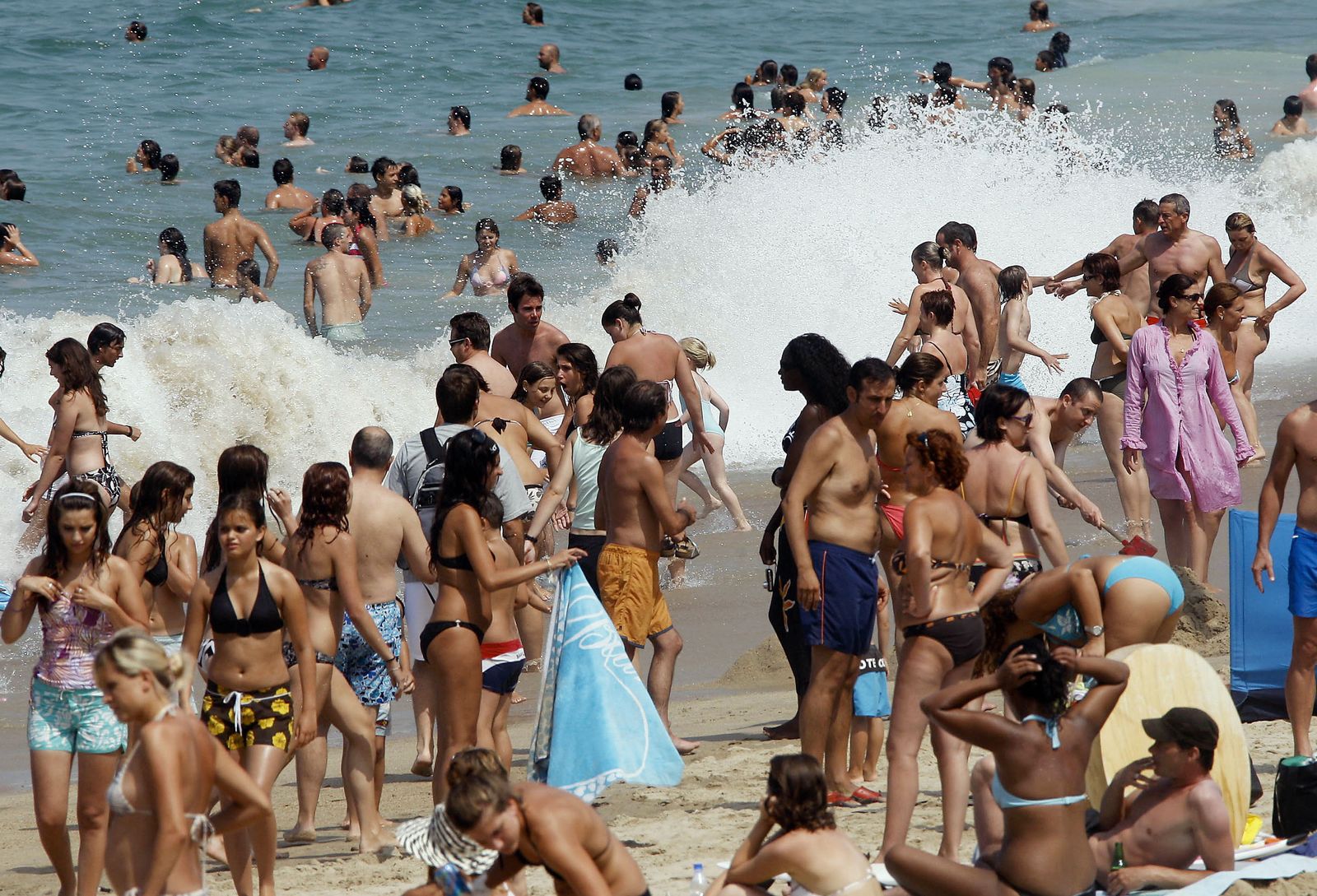 Sun, sea and sand: It seems that a good vacation could be the key to production efficiency.