When Iran's oil minister receives visitors, he wears the usual insignias of the Iranian Revolution: an open shirt with a dark suit, five o'clock shadow and no tie. He holds Tasbih prayer beads in his left hand.

But Bijan Zanganeh is one of the Iranian pragmatists who would like to see a change in relations with the West. His schedule during a visit to Berlin the week before last was accordingly jam-packed with meetings.

He had breakfast with company representatives from Volkswagen and Linde, the world's largest gases and engineering company; held discussions with owners of small- and medium-sized businesses and also showed German Economics Minister Sigmar Gabriel the enormous possibilities that lie in the expansion of the Iranian energy sector.

The Tehran official found attentive listeners. Officials in Gabriel's ministry estimate that Iran has investment needs of around $100 billion per year. The country needs to update aging infrastructures, it needs modern automobiles, heavy machinery and pharmaceuticals -- all segments in which Germany is a global market leader.

Before sanctions against the country were tightened four years ago, German companies exported just under €4 billion ($4.56 billion) worth of goods and services to the country each year. If the embargo is lifted in phases next year, the Economics Ministry claims, trade volume could "markedly exceed" that figure.

The clock is ticking. In six weeks, on June 30, Iranian President Hassan Rouhani and his negotiating partners want to present a treaty on the Iranian nuclear program and the elimination of sanctions that could be agreed upon by the hardliners in Tehran as well as Congress in Washington. The hurdles for approval are higher in the United States, and the US Congress could cause the deal to collapse at any time.

Still, that hasn't stopped German industry leaders from enthusing about the possibility of doing business in Iran again. In Frankfurt, for example, leading bankers have taken up secret contact with the government in Tehran -- a controversial and delicate balancing act. On the one hand, they don't want to anger the Americans, but they also want to make sure that business channels to Iran are reactivated once money is circulating in the country again.

At companies like Volkswagen and Daimler, executives are also actively looking to Iran. Managers at both companies could imagine taking apart cars manufactured in Germany, packing the parts in boxes and shipping them to Iran, where they would be reassembled, sources say. The advantage this procedure would offer over the export of completed vehicles would be that no import levies would be applied by the Iranians. VW subsidiary MAN, which focuses on commercial and transport vehicles, is already looking for an importer to sell its trucks in Iran.

German engineering giant Siemens never ceased its activities in Iran, even during the difficult years of sanctions. The company's office in Tehran remained open throughout. The global company is fully aware of the opportunities potentially afforded by the rehabilitation of Iranian industry structures -- everything from electrification to the supply of energy, to road and railway construction right up to modern manufacturing using automated processes.

But Iranian Oil Minister Zanganeh has dashed any hopes that the expected opening will allow Europe to become less dependent on Russian energy. The government in Tehran has the world's largest natural gas reserves and the fourth largest oil reserves in the world at its disposal. But Zanganeh says the construction of pipelines and transport of gas to Europe would be too expensive. He is instead looking toward Asia for new customers.

But he also dangled a carrot to German companies, saying they could potentially gain access to other markets in the region via Iran, like Iraq, Turkmenistan, Central Asia and Azerbaijan.

The presence of German firms the week before last at the Iran Oil Show in Tehran underscored just how eager they are to secure a foothold in these markets. "The success of Rouhani's government is predestined," believes Daniel Bernbeck, executive director of the German-Iranian Chamber of Industry and Commerce. He argues that if the Iranian president doesn't deliver a breakthrough, he will not be able to remain in office for long.

Indeed, the entire country is awaiting the end of negotiations in the coming month, including oil equipment dealer Mehdi Khajehpour. "We're counting the days," he says. 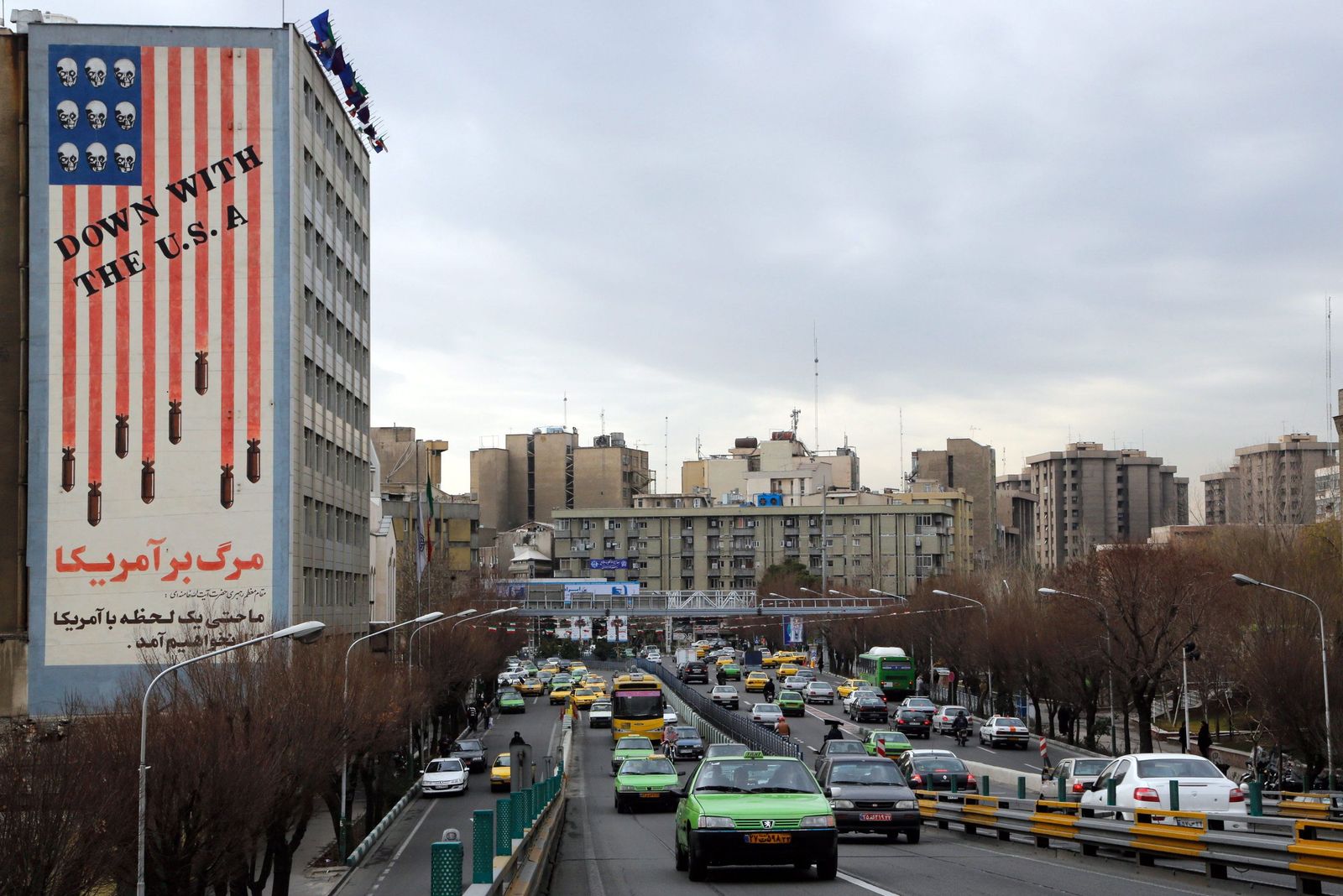 In Tehran and Europe alike, the business community is eagerly awaiting the nuclear deal planned for June that could see the end of sanctions.