Hairline cracks found on Airbus' new A380 wide-body airplanes could cost the plane manufacturer's parent company EADS as much as €100 million ($132 million), according to information obtained by SPIEGEL.

The figure, which is based on calculations by industry experts and Airbus insiders and is significantly higher than previously assumed, means EADS will have to spend at least €1 million per plane to resolve the problem.

The defects, detected on brackets used to attach the outer areas of the plane to the wings, are expected to be repaired by summer. Last week, the problem prompted the European Aviation Safety Agency (EASA) to require an inspection of all A380 planes.

According to the calculations, the cost of the work on the 69 A380 aircraft that have already been delivered will amount to around €70 million, including the costs of inspecting and repairing the fractures and also for providing substitute aircraft to the airlines affected. But this does not include the additional cost for at least a dozen other planes that are expected to be delivered in the coming months, which are still being manufactured using the same methods as with the previous models. An additional expense is likely to be the modification of wings that are already under construction.

An Airbus spokesman declined to comment on the scope of the additional costs, but said the company expects to have a permanent technical solution by this summer. EADS said it would not address the topic before a press conference on March 8 to discuss its annual report.

Airbus has consistently said the cracks, discovered in January, do not represent a safety threat. Originally inspections were required of only 20 of the most used planes, with the rest of the 68 planes that were then in service being exempt. But the EASA changed its mind and is now requiring all A380s to be inspected.

There are 4,000 brackets in an A380 with only a handful per plane showing fine cracks on the underside, according to the company. Airbus said material as well as construction problems were behind the cracks. Starting this summer, the planes will be built with modified parts that can't crack, the company said. The wings are produced in a plant in Broughton, Wales.

Airlines hit by the problem include Qantas and Singapore Airlines. Three test planes from Airbus are also affected. Other airlines with A380s in use include Lufthansa, Emirates, China Southern Airlines, Korean Air and Air France-KLM.

Qantas has discovered additional hairline fractures in the wing that according to the EASA are unrelated to the main problem. An Airbus spokesperson said these cracks are not significant, but Qantas wants the problems repaired immediately and has grounded the planes until they are fixed.

Airbus competitor Boeing has also had its repair issues. The company recently revealed a minor problem involving so-called "shims," which are used to close tiny gaps in joints, on some 787 fuselages. On Sunday, Boeing's vice president of 787 development, Mark Jenks, said that the problem had now been fixed. "It's a pretty straightforward issue," he told reporters. 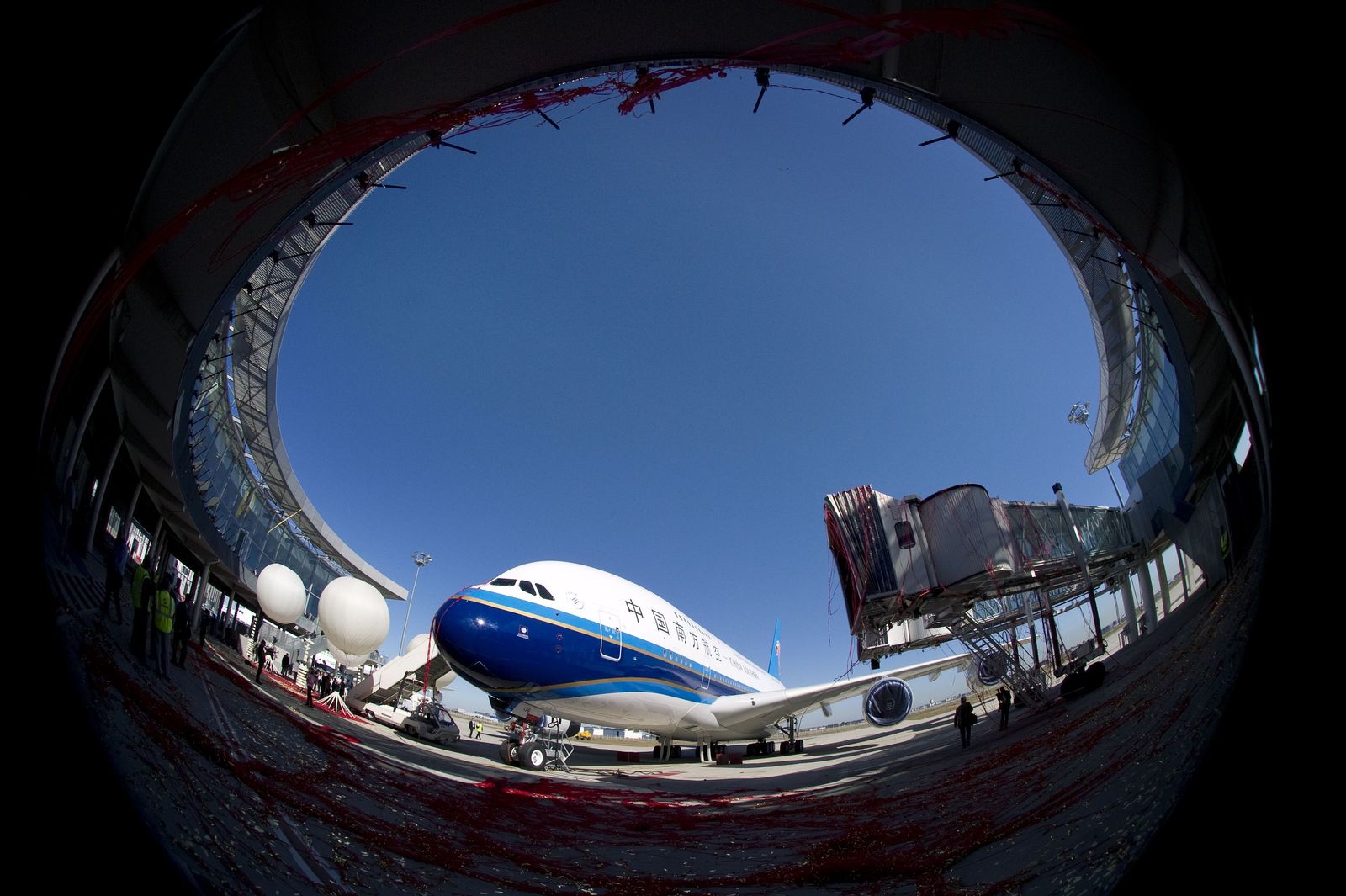 A China Southern Airlines Airbus A380.