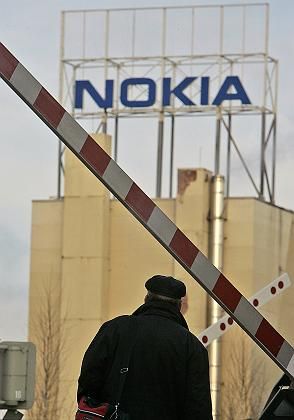 Nokia plans to pull up the stakes at its plant in Bochum, western Germany, but the state of North Rhine-Westphalia is calling for it to reimburse tens of millions in government job-creation subsidies.

There was outrage in Germany when Nokia announced in January that it was closing its mobile phone plant in the city of Bochum and moving production to Romania. Almost as soon as the announcement came politicians in the state of North Rhine-Westphalia where the plant is located began considering how they could demand the return of subsidies that had been paid to the company to ensure that jobs at the plant were protected. Those calls are now taking on a concrete form.

The Economic Ministry, based in the state capital Düsseldorf, is expected on Tuesday to formally demand that the company pay back €41 million in subsidies it received from the state. The state has also tacked on €18 million in interest, driving the total amount to €60 million ($93 million).

The state is claiming that the Finnish mobile phone-maker violated the conditions of its agreement for receiving subsidies from the state because it did not create the minimum number of 2,800 permanent jobs at the plant that had been promised under the deal. The company claims it employed an average of 3,200 workers at the plant, but the state says most were temporary workers and that only 2,300 were full-time staff employees.

The German financial daily Handelsblatt is reporting that the state Finance Minister Christa Thoben will deliver an official letter on Tuesday. If Nokia doesn't return the money, the state is expected to sue in court.

When Nokia said on Jan. 15 it would close the Bochum plant and open a new one in the Romania city Cluj, the announcement drew national outrage in Germany. Many saw it as an attempt to outsource manufacturing jobs to a lower-wage country. They were further outraged when the company announced an annual global profit of €7.2 billion for 2007. Many began to boycott the company's products in Germany.

Nokia plans to close its Bochum factory for cost reasons and pull out of western Germany's Ruhr region altogether by June 30. It claims it has become too expensive for the company to continue manufacturing mobile phones in Germany.

"Unfortunately, the costs of labor, including non-wage labor costs, in Germany are not competitive enough for the mass-production of Nokia products," Nokia Chairman Olli-Pekka Kallasvuo told the Frankfurt Allegemeine Zeitung in January. He pointed out that while the Bochum plant was responsible for 6 percent of the company's global mobile phone manufacturing, it was also responsible for 23 percent of all personnel costs within its production unit.

Most of the plant's production will be outsourced to the new Romanian plant, where average monthly salaries will be about €219 ($318) according to BusinessWeek. German business daily Handelsblatt estimates that to be about one-tenth of the average wage of workers at the German plant in Bochum.

In a separate opinion piece on its editorial page, Handelsblatt speculated that North Rhine-Westphalia is likely playing a game of poker with the Finnish company with its repayment plans. Nokia is currently negotiating payout packages for workers hit by the redundancy, and Thoben has also been publicly discussing the possibility of opening up a technology business park that would possibly see Nokia providing financing to the tune of €30 million to €50 million. The company has officially denied these plans, but they have been widely reported in the media. "That's what this is really about," the paper writes.