Tuesday saw the first piece of good news in quite some time for Volkswagen. The company's board of directors was meeting, under the leadership of freshly installed CEO Matthias Müller, and developers were reporting on how they planned to equip 11 million vehicles with law-abiding emissions filtering systems.

That task is VW's most pressing as it seeks to confront the vast emissions scandal of its own making. Germany's Federal Motor Transport Authority has given Volkswagen a deadline of Oct. 7 for submitting plans as to how it proposes to solve its emissions problem. If it doesn't, the vehicles in question could be declared un-roadworthy -- meaning their owners could no longer drive them. That would be the greatest possible disaster for the automobile company.

But on Tuesday, VW engineers were optimistic that more than half of the vehicles in question needed nothing more than a software update, which would cost a mere €60 per automobile. Other models would require a greater effort, with retrofitting costing several hundred euros per vehicle. In total, though, fixing the problem might not be quite as expensive as originally feared, the VW developers said, to the great relief of the board members.

Since Sept. 20, when then-CEO Martin Winterkorn admitted that VW had cheated for years on emissions tests with the help of illegal software, Europe's largest automobile company has been in crisis mode. Company managers don't know what tasks to handle first. "It's like we have been hit by a tsunami," says one VW manager.

Company attorneys have been overwhelmed by inquiries from national authorities on both sides of the Atlantic and by lawyers who have been notifying the company with threats of lawsuits. Beyond that, financial experts have to develop plans in case the company's ratings fall, which would increase borrowing costs. And sales managers have to come up with promotions to help dealerships sell cars. Diesel models are currently extremely difficult to move off the lot without significant rebates.

And then there is the company investigation that hopes to quickly discover how the scandal could have happened in the first place and who was responsible. Because development of the diesel engine in question began back in 2005, documents, records and emails from the last 10 years have to be examined.

But those involved in the investigation have also received clues from the press -- for example, the fact that Bosch, a VW supplier, warned Volkswagen early on against using the emissions software in question. But the VW investigation team was unable to find a message to that effect in company records. They contacted Bosch with a request to please send a copy to company headquarters in Wolfsburg.

Four managers who were responsible for the development of engines or vehicles have thus far been suspended. Their experiences were similar to that of Audi board member Ulrich Hackenberg, a long-time confidant of Winterkorn's and, up until just a few days ago, one of the most powerful men at VW. He received news of his immediate suspension from the personnel department and was asked to turn in his company phone and leave his office. He has also been told not to set foot on company premises.

Wolfgang Hatz and Heinz-Jakob Neusser, the heads of R&D for Volkswagen and Porsche respectively, suffered similar fates. In the case of Neusser, there is probable cause: A company employee allegedly told him back in 2011 about the use of the forbidden emissions software.

The moves are vital, as the company seeks to find out what went wrong and begins what promises to be a long process of restoring its reputation. Some of the suspended managers, to be sure, are likely to be reinstated once it is proven that they had nothing to do with the implementation of the software in question. But for the moment, the development of new models at Volkswagen and its affiliates has come to a screeching halt. The old bosses are gone, new ones have yet to be named and projects cannot go forward.

That, though, is a small price to pay in comparison to what likely lies ahead. New VW CEO Müller, who was head of Porsche prior to his promotion, has demanded an "unsparing and vigorous investigation." But with the company's very existence at risk, even that may not be enough. Nobody knows what the ultimate bill might be, once affected vehicles are modified, the lawsuits from customers and shareholders are settled and fines paid. It could be €10 billion, €20 billion or even €30 billion, not to mention the potential loss of sales as customers take their business elsewhere.

Hardly a day goes by without the appearance of yet another risk. In Germany, for example, the emissions manipulations could result in a large, retroactive tax bill. "It wasn't just the customers who were intentionally deceived about the exhaust emissions," says Thomas Kutschaty, justice minister in the German state of North Rhine-Westphalia. "The state was also deceived when it comes to determining vehicle registration fees." In Germany's criminal code, Kutschaty notes, there is such a thing as "criminal agency," which refers to the commission of a crime by way of a third party -- such as the owners of VW diesel automobiles, who were unknowingly violating Germany's emissions laws.

Owners of vehicles that were registered between late-2008 and mid-2009 and given an emissions rating of Euro 5 didn't owe any taxes at all for a time. If it turns out that this rating was incorrect, it could mean that millions in potential tax revenue were lost. Financial experts at VW contest the point. But the discussion serves to illustrate just how unclear the situation currently is for Volkswagen.

Still, it looks as though some of the most important actors in this drama have yet to come to the same realization, Martin Winterkorn in particular. First, he refused to step down as chairman of the board, even though it was clear that he had to take responsibility for the scandal, no matter when he first learned of it. The supervisory board ultimately had to push him out.

And then, when he finally did resign, he didn't vacate all of his positions in the company. Winterkorn intends to stay on as chairman of the board of directors at Porsche Automobil Holding SE. "He is unacceptable in that position," says one Porsche board member. The Holding, after all, holds the 52 percent controlling stake in VW that belongs to the families Porsche and Piëch and is thus responsible for pushing forward the investigation into the scandal. That's not possible with Winterkorn at the top.

But Wolfgang Porsche, who chairs the supervisory board of Porsche Automobil Holding, has a hard time making decisions. He is the second character in this drama who has apparently not yet realized that Volkswagen's world has been fundamentally changed by the emissions scandal.

Porsche, for example, continues to insist on installing VW finance chief Dieter Pötsch as the next supervisory board chairman. The Porsche and Piëch families only agreed on Pötsch after long discussions, and Wolfgang Porsche apparently sees no reason to change course now.

Pötsch is well respected by both banks and investors. But the lack of market transparency is one of the mini-scandals within the larger emission scandal. VW came clean with the US Environmental Protection Agency back on Sept. 3, admitting that it had for years used forbidden software to circumvent emissions requirements. On that day, at the latest, the company should have informed the public. German securities regulations require the "immediate disclosure" of information that may significantly influence a company's stock price.

That is clearly the case when it comes to the emissions scandal. But the finance chief remained silent for 17 days. During these 17 days, hundreds of thousands of investors bought VW stock. When the scandal was finally made public on Sept. 20, the price of VW shares plunged by 40 percent, costing stockholders €35 billion.

Justice officials in in the US, in addition to Germany's Federal Financial Supervisory Authority (BaFin) and German public prosecutors, all plan to question Pötsch. It is certainly possible that he knew nothing or that he has a satisfactory answer. Indeed, one report apparently comes to the conclusion that he wasn't to blame. But the finance chief is still a central figure in this affair -- and as chair of the VW supervisory board, he would be responsible for leading the investigation. Those two roles are incongruous.

The state of Lower Saxony is the company's second largest stakeholder, owning 20 percent. But it too appears not up to the task. State Governor Stephan Weil complained that "management's information strategy was impossible," adding that he only learned of the scandal by reading the newspaper. "I am extremely angry," he said -- as though he had no responsibility for keeping an eye on the company that his state partially owns.

Now, Winterkorn is demanding that he be paid the €10 million still owed him according to his contract, which runs until the end of 2016 -- €10 million that would come on top of the €76 million he has already made in the last five years as Germany's highest-paid executive. 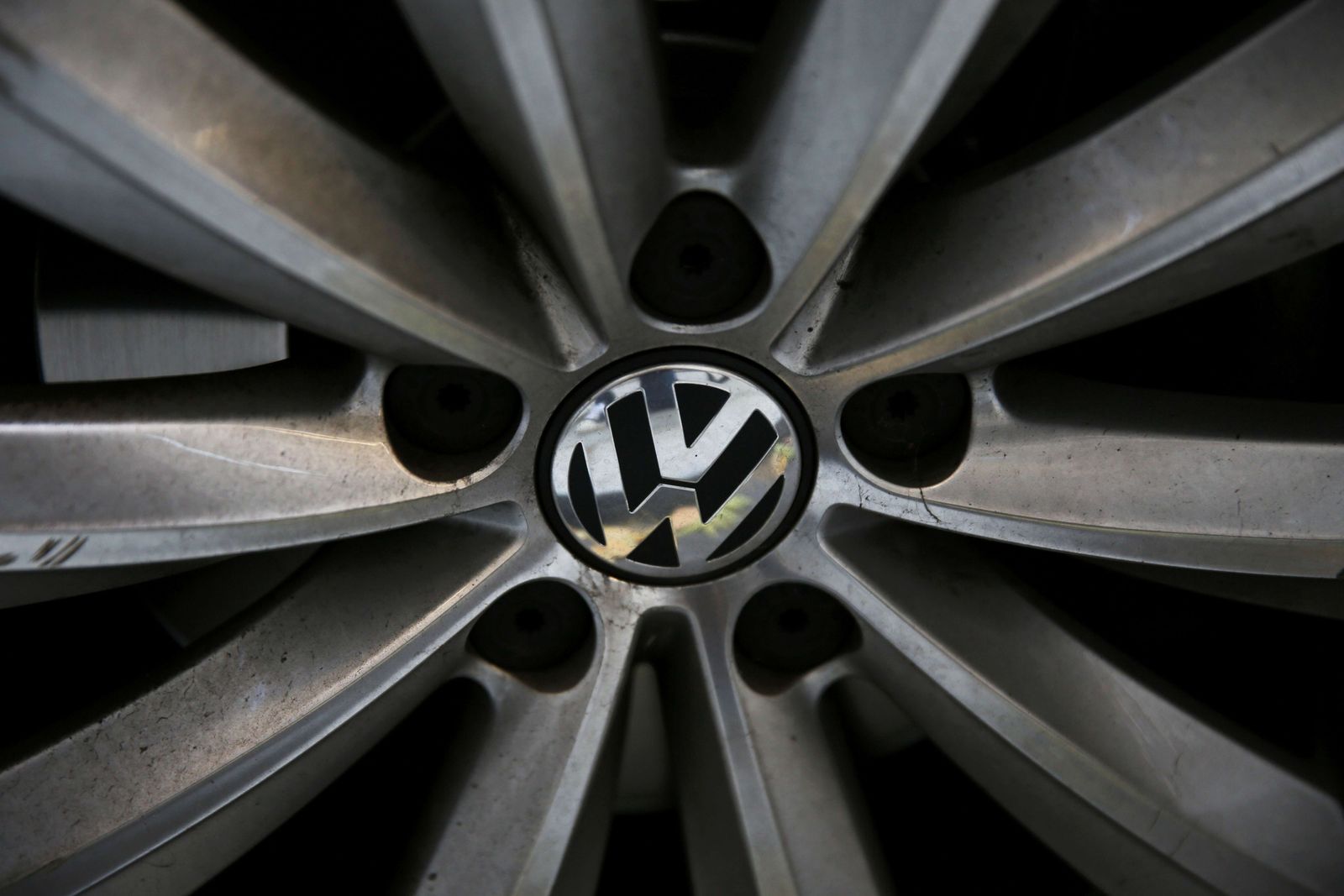 Volkswagen's reputation is in tatters after it was revealed that the company has, for years, been intentionally circumventing emissions rules. 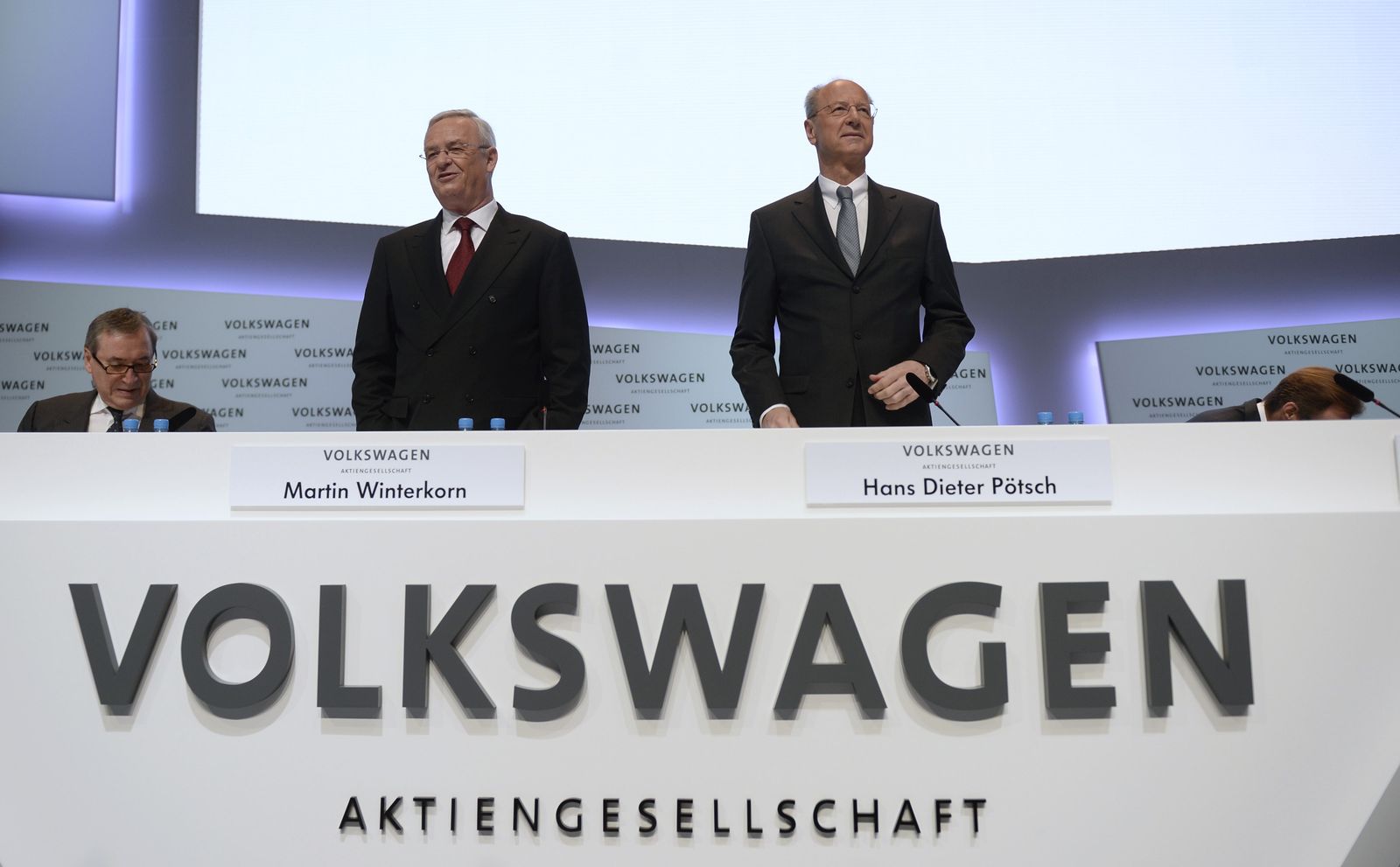