Strange as it may seem, there are still credit rating agencies that give cash-strapped Greece top marks. The experts at Germany's Euler Hermes Rating currently give the Mediterranean country their top AA rating, citing its "very strong business environment."

And there is little doubt that Euler Hermes can be trusted. It is the first rating agency that officially meets the tougher European regulations for the industry that were introduced at the end of 2010.

There is only one problem: Their good rating for Greece is not related to the creditworthiness of the state, but to that of Greek companies. When it comes to rating sovereign bonds, that is still done almost exclusively by the three major rating agencies -- Standard & Poor's, Moody's and Fitch -- who are collectively known as the Big Three.

That is something that European politicians have long wanted to change, and there have been repeated calls to set up an independent European rating agency. Now the European Union is working on its proposal for what such an agency could look like.

The influence of the Big Three could clearly be seen in the heated reaction to Standard & Poor's announcement earlier this week that it might classify a planned restructuring of Greek debt as a default. Their decision seemed to cast doubt on the prospects for a complex plan to participate private creditors in a new bailout for Greece.

Portugal's future, too, appears less secure after Moody's downgraded its debt to junk status on Tuesday, warning that the country might need a second bailout before it could return to the capital markets. The move could mean that Portugal will have to pay a higher premium to attract buyers for its debt.

But why are European politicians and investors still so dependent on the opinions of three private companies based in New York and London? After all, the Big Three were the subject of massive criticism in the wake of the 2007-2008 financial crisis, because they had awarded top ratings to highly risky financial products in the run-up to the crunch. Since then, politicians have repeatedly called for measures to curb the agencies' power. Most recently, German Chancellor Angela Merkel commented on Tuesday, in relation to Standard & Poor's announcement: "Regarding the issue of rating agencies, I think it is important that we do not allow others to take away our own ability to make judgments."

But so far there have been few visible results from the politicians' rhetoric. One reason is that politicians are partially responsible for the ratings mess that they are complaining about.

On the one hand, the sovereign debt crisis has turned Europe's politicians into pawns of the rating agencies. For decades, the agencies have been assessing the creditworthiness not only of companies and financial products but also countries, giving them a mark from the top AAA rating to D for default. Now that it is Europe that is gripped by a debt crisis, as opposed to Asia or South America, governments on the continent are feeling the power of the rating agencies as never before. The agencies can decide whether a country's debt is worthy of investment or not, arguably giving them the power of life or death over whole states.

The Big Three's ratings are not only subject to criticism because of their failure during the financial crisis. Many observers accuse the agencies of giving preferential treatment to their home country. "No one can explain why several EU countries have worse credit ratings than the highly indebted US," says Sven Giegold, financial spokesman for the Green Party in the European Parliament.

European governments have in fact reacted to the criticism of the ratings agencies. "The politicians have been relatively active in this respect," says Brigitte Haar, an expert in business law at Frankfurt's Goethe University. During the crisis, the European rules on credit rating agencies were tightened. Since the beginning of 2011, the new European Securities and Markets Authority (ESMA) has been regulating their activities.

Further evidence of the fact that pressure is growing on the American agencies was seen on Monday, when the Italian securities market regulator Consob summoned a representative of Standard & Poor's to explain its warnings of possible downgrades over the country's debt. The agency was supposed to explain why it had negatively evaluated an austerity program before the details of the package were even made known. The ESMA has even threatened to withdraw the US agencies' European licenses if they do not abide by the new European rules.

But such gestures make it easy to forget that politicians are partly to blame for the problem. After all, the rating agencies never forced anyone to take their ratings as gospel. They are simply doing their job. Nevertheless, references to credit ratings have been incorporated into many laws, including in the EU directives implementing the Basel II guidelines on banks' capital requirements and in Solvency II, the planned updated regulations for insurance firms operating in the EU. "Politicians have enshrined the power of the rating agencies in law," says European parliamentarian Sven Giegold.

But there are also practical reasons why politicians and investors put their trust in the Big Three: They cover almost 95 percent of the market, their rating systems have been established for decades and the respective systems are very similar. Legal expert Brigitte Haar argues that shifting to new rival agencies is unattractive for investors, as it could make different ratings difficult to compare. Moreover, there is a risk of "ratings shopping," where market players would choose the agency with the most generous ratings. "There is no way out of the current situation," Haar says.

Breaking the Power of the Big Three

Politicians, however, are more confident about their ability to break the power of the Big Three. The idea of a new European rating agency was already floated during the early stages of the euro crisis. In Germany, the proposal is supported by politicians from across the political spectrum, including Green Party co-floor leader Jürgen Trittin, former German President Horst Köhler, who belongs to Merkel's conservative Christian Democratic Union, and the former head of the business-friendly Free Democrats (FDP) and current foreign minister, Guido Westerwelle.

Politicians have repeatedly emphasized that the agency would have to be independent, but it is unclear who would guarantee this independence. The current euro crisis has shown that even the mighty European Central Bank is prepared to yield to political pressure and sacrifice its principles if necessary. Many observers argued that the ECB lost its independence when it began to buy up the bonds of debt-stricken euro-zone members on a massive scale.

The European Commission, the EU's executive, now wants to respond with its own proposal in autumn. "The Commission now has to come up with the goods," says Sven Giegold, the Green Party MEP, who supports the call for a foundation-based rating agency.

The members of the European Parliament who are pushing for a European agency don't just want a fourth ratings giant in addition to the Big Three. Instead, they want to establish a Europe-wide network of credit rating agencies. In order to ensure sufficient demand for their services, the EU could stipulate that structured financial instruments need to have ratings from two agencies, rather than just one.

The question remains whether European agencies will also judge the creditworthiness of entire countries in the foreseeable future. At the moment it looks unlikely. Euler Hermes, for example, has already announced it will continue to limit its business to companies, partly because of the high liability risks involved. Similarly, plans by the French credit insurer Coface to take on the Big Three by issuing its own corporate ratings were abandoned, at least for the time being. "In Europe I don't see any potential competitors waiting in the wings," comments Brigitte Haar from Goethe University.

FDP politician Wolf Klinz believes, however, that rating agencies are only actually necessary for assessing financial products. "When it comes to national debt, we don't need the agencies," he says. After all, he argues, all the important data on a country's debt is publicly available from sources such as the OECD, the International Monetary Fund or the respective central bank. Large investors can therefore easily assess the country's financial health by themselves, he argues.

The Green Party's Sven Giegold believes that it would be easy for European countries to gain greater independence from the rating agencies. For example, the EU's insurance industry directive Solvency II could simply be suspended, he argues. "That would take all the insurance companies' capital out of this fatal system."

It also looks like the European Central Bank may soon choose to place more faith in its own opinions. Previously, the ECB has said it will not accept Greek government bonds as collateral if these are given a "default" rating by the agencies. According to a report in the Financial Times, the central bankers are now prepared to continue to accept the bonds until all three major agencies have declared a default.

Effectively, that would mean taking the least worst rating as the guideline. As long as there is no viable alternative to the Big Three, many Europeans will consider that the best approach. 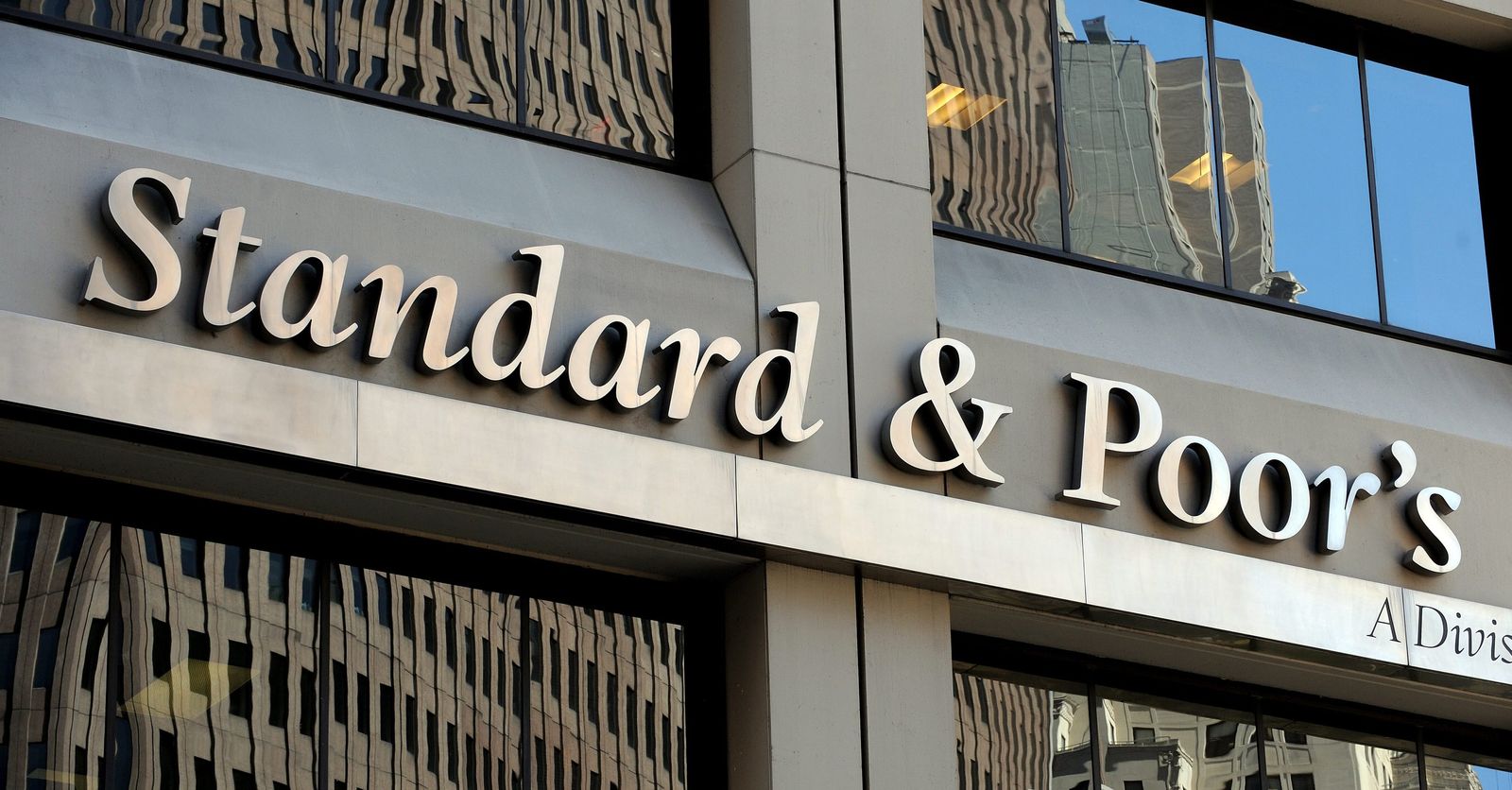 The offices of Standard and Poor's in New York