The scandal brewing over Goldman Sachs, Wall Street's biggest bank, has been sucking in more and more players. These include the bankers and traders who sold the infamously risky credit products that helped trigger the subprime crisis, the hedge fund billionaire John Paulson, who cashed in big at the expense of the victims, and the US politicians who condoned the farce for the longest time.

One group, however, has so far escaped the grip of the widening affair, although it's embroiled just as deeply. That group is the major credit rating agencies -- the same ones which are now causing Europe to shudder, having downgraded their ratings for Greece, Spain and Portugal.

It was Standard & Poor's (S&P) and Moody's, the same two agencies which are now rocking the European boat, which in 2007 had given their seal of approval to "Abacus 2007-AC1," Goldman's ill-fated credit product, by giving it the highest AAA rating -- only to cut it down to "junk" status nine months later. Goldman's investors lost more than $1 billion; the Securities and Exchange Commission (SEC) is suing Goldman for fraud, alleging that it misled investors.

Wherever things blow up in the financial world, the rating agencies' tracks can be found. The anonymous analysts of S&P, Moody's and Fitch (the smallest of the "big three") were center stage during the global crash. They also appear in the SEC fraud complaint against Goldman. And now they're causing financial havoc in Europe.

They're the éminences grises of Wall Street, phantoms and puppet masters. They wield enormous power over the fate of loans, deals, companies and even countries. Yet rarely has anyone ever really questioned their actions -- let alone held them accountable.

Their role, however, is far from unblemished. In the US, the rating agencies' behavior is now finally being called into question, albeit slowly. New York Times columnist and Nobel Prize-winning economist Paul Krugman accuses them of "a deeply corrupt system." US Senator Carl Levin, a Democrat, sees them as the main culprits in the credit crisis: "If any single event can be identified as the immediate trigger of the 2008 financial crisis, my vote would be for the mass downgrades starting in July 2007," he says. "Those mass downgrades hit the markets like a hammer."

From AAA to Junk

Levin chairs the Senate Subcommittee on Investigations, which on Tuesday also ripped through Goldman's top management. For 14 months, the committee has investigated the rating agencies. Last week, it published its preliminary findings -- a mountain of files, 581 pages thick. Levin's damning conclusion: "I don't think either of these companies have served their shareholders or the nation well."

The agencies "used inaccurate rating models in 2004-2007 that failed to predict how high-risk residential mortgages would perform; allowed competitive pressures to affect their ratings; and failed to reassess past ratings after improving their models in 2006," the inquiry found. "The companies failed to assign adequate staff to examine new and exotic investments, and neglected to take mortgage fraud, lax underwriting and 'unsustainable home price appreciation' into account in their models."

The result: Of all the subprime mortgage bundles which in 2006 were AAA-rated, 93 percent are "junk" today.

These are the same companies which are now messing with Europe's financial present and future. This is how it works: The agencies set the credit ratings for companies, even entire countries, and assess the risk of their investment products. These range from simple bonds to complex constructs like the derivatives and collateralized debt obligations (CDOs) which formed the house of cards that collapsed during the 2008 financial crisis and which are also at the center of the current lawsuit against Goldman Sachs.

Despite this dubious track record, the agencies still carry a carte blanche: If they award their highest seal of approval -- an AAA rating -- it means it's safe for investors. Unfortunately, such a rating can also be a trap. An AAA rating snared the Goldman clients -- among them the German bank IKB -- who invested in "Abacus 2007-AC1."

The agencies' quasi-monopoly goes back to 1909. That year, the financial analyst and investor John Moody began to categorize and score information about railroad companies, their stocks and their management. Later he added other industries and firms to the mix.

Today, Moody's analyzes more than 12,000 companies in 100 countries. S&P, which also maintains the famous S&P stock market indices, has been issuing ratings since 1916. It was bought by the financial and media conglomerate McGraw-Hill in 1966. Fitch, which was founded in 1916 and is now a subsidiary of the French holding company Fimalac, is the smallest member in this elite club.

Leading the Economy to Ruin

Ratings range from AAA all the way down to D. This traditional system proved to be worthless during the credit crisis. The dubious investment products at its heart defied serious and simple ratings. They were highly overrated by the agencies -- often at the request of the same companies who managed those products, which in return paid the rating agencies.

As early as 2006, Angelo Mozilo, then CEO of Countrywide, America's largest mortgage company, called Countrywide's subprime loans "toxic." Yet it took Moody's until the summer of 2007 to downgrade them. All this happened under the watchful eye of the US government.

That example was no exception. For years, the agencies gave their blessing to subprime loans which would later become the quicksand of the crisis, even when their risks were already known. This puts much of the responsibility for the collapse that followed onto the agencies' shoulders.

Their ratings helped lead the investment banks Lehman Brothers and Bear Stearns into ruin and helped destroy the insurance giant AIG. They also contributed to a trillion-dollar hole in the US budget. "The story of the credit rating agencies is a story of colossal failure," says Representative Henry Waxman, the Democratic chairman of the House Oversight Committee.

'We Sold Our Soul to the Devil for Revenue'

For a century, the rating agencies have acted as Wall Street's trusted referees. "But now, that trust has been broken," states Senator Levin's committee. "And they did it for the money."

From 2002 to 2007, the three top credit rating agencies doubled their revenues, from less than $3 billion ($2.2 billion) to over $6 billion per year. Most of this increase came from ratings. Their executives got paid "Wall Street-sized salaries," according to the Senate committee.

"It's like one of the parties in court paying the judge's salary, or one of the teams in a competition paying the salary of the referee," the report continues. The New York Times put it this way: "It is as if Hollywood studios paid movie critics to review their would-be blockbusters."

Not that they weren't aware of it themselves. Back in 2006, an S&P employee wrote in an internal email: "We rate every deal. It could be structured by cows and we would rate it." The next year, one of Moody's executives complained to his superiors that he felt "like we sold our soul to the devil for revenue."

The agencies and the banks are not just connected by money, but also by personnel. In 2005, Goldman hired Shin Yukawa, a ratings expert, away from Fitch. Yukawa immediately put his knowledge to good use -- in Goldman's mortgage department, which created "structured" credit products and made sure they got splendid ratings. One of these products was "Abacus 2007-AC1."

Yet a reform of the system is not in sight. The Democrats' current proposals to further regulate the US financial industry contain little about the rating agencies, apart from a tepid appeal to "strengthen" their regulation.

Some critics are now trying a different approach. A few institutional investors -- among them the state of Ohio -- are suing the agencies for their role in the financial crisis. On Monday, a Manhattan court denied Moody's and S&P's joint motion to dismiss one of those class-action lawsuits. 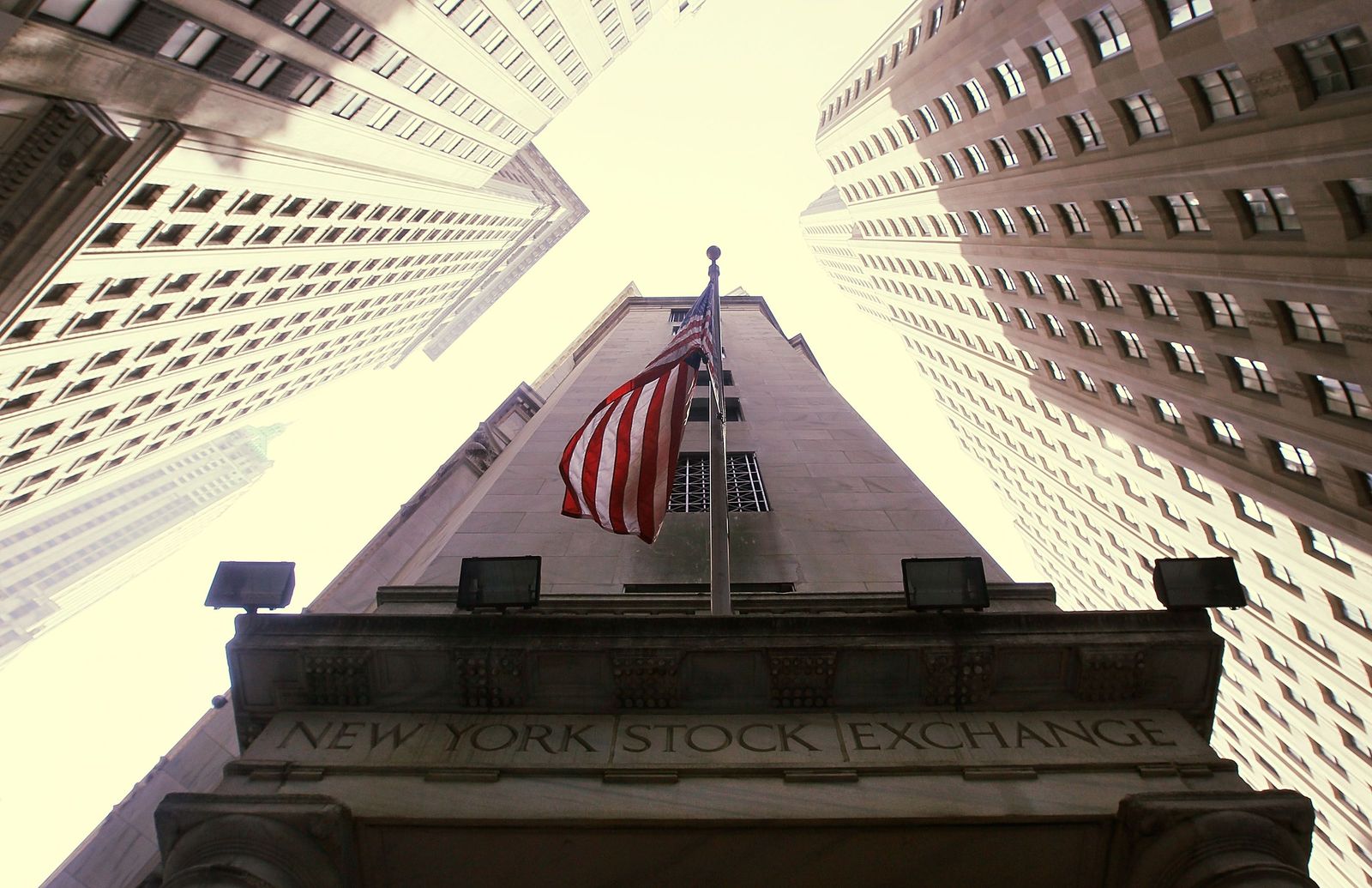 The New York Stock Exchange: The power of the credit rating agencies has remained undiminished, despite their role in triggering the 2008 financial crisis.