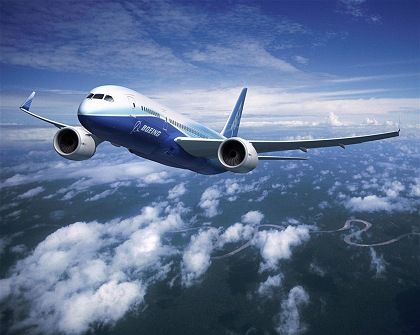 Deliveries of Boeing's Dreamliner are already 10 months behind shedule. Further delays are likely. How costly will they prove?

Customers of the much-anticipated but late-to-the-gate 787 Dreamliner are waiting for Boeing to make official what they strongly suspect -- that delivery of the first plane will be delayed into the second half of 2009 or beyond.

Deliveries of the Dreamliner are already 10 months behind schedule and glitches along Boeing's complex global supply chain slowed production and forced the company to redesign its wing box. Asked on Apr. 3 about the possibility of yet another delay, Boeing spokeswoman Yvonne Leach simply acknowledged that an announcement of a revised schedule is coming soon.

Customers for the advanced-technology plane, which will be the first commercial jet to make extensive use of lightweight carbon-fiber technology, are growing restive. Several say they may seek financial compensation and replacement aircraft. Virgin Atlantic Airways, one of the largest European customers with 15 planes on order, said it was opening talks with Chicago-based Boeing. Qantas Airways, with 65 planes on order, and International Lease Finance, an aircraft-leasing outfit that is the biggest buyer of the new plane with 74 planes on order, have also begun compensation talks.

Payments to compensate customers, along with additional support for suppliers that will need to keep engineers on staff longer than expected, could lead Boeing to a large write-off at some point, says Cai von Rumohr, an aerospace analyst at Cowen & Co. He doubts Boeing has quantified the losses, but notes they will grow particularly steep if the delays extend to more than a year. Boeing's Leach declined comment on that.

Von Rumohr expects the first delivery in the third or fourth quarter of 2009. That would extend first deliveries to 18 months beyond the original schedule. While Boeing had projected deliveries of 109 planes next year, a more realistic expectation is anywhere between 20 and 50. "Boeing has egg on its face," von Rumohr says.

A number of analysts revised their view after ILFC Chairman Steven Udvar-Hazy told an analyst conference last month that he didn't expect the first delivery until September, 2009, instead of early in the first quarter, as Boeing had last promised.

Boeing's competitor, meanwhile, is playing up the possibility of a 787 delay. John Leahy, chief of sales at Airbus, said in an interview on Apr. 3 at company headquarters in Toulouse, France, that several airlines have told him they were contacted by Boeing in recent days, and were told that Boeing will announce the expected 787 delay in the next week. Additional slippage, by Leahy's calculations, means "up to a two-year delay" in the program. "They'll be lucky if they get any planes out the door in 2009," he says.

Leahy wouldn't mind some vindication. Airbus, after all, got a lot of heat for the two-year delay of its super jumbo A380 plane. It has had better luck with its answer to the Dreamliner, the A350, although it was slow to settle on its design. That put it a few years behind Boeing in the sale of the new generation of widebodies.

Some of the 787 delays are traceable to botched assembly of the fuselage at a South Carolina plant run by Global Aeronautica, an alliance of Italy's Alenia Aeronautica and Vought Aircraft Industries of Texas. Boeing last week bought out Vought's interest in the joint venture, a move that is expected to address the troublesome bottleneck.

Another holdup: Boeing had to redesign the center wing box --the critical part of the plane where the wings are attached -- which was found to be too light and needed to be strengthened. Engineers devised a patch for the first six aircraft; the seventh will have the redesigned wing box incorporated from the start, Boeing's Leach says.

While most buyers of the new plane have withheld comment, a few companies have voiced unhappiness with the delayed production schedule. Says Emily Andariese, a Virgin spokeswoman in the US: "Virgin Atlantic is very concerned about reports of further delays to the delivery of the 787 Dreamliner. We have already begun talks with Boeing over the levels of compensation due and the possible need for replacement aircraft, after 2011, when our 787s were scheduled to be delivered."

In Japan, Mineo Yamamoto, president of All Nippon Airways -- the plane's first customer, which ordered 50 -- was quoted as saying the airline may seek compensation from Boeing if there are additional delays. Spokesman Yoshifumi Miyake adds: "It is very regrettable that [Boeing] has postponed the delivery twice. We've been asking Boeing for a concrete and specific delivery schedule."

Still, ANA, like others contacted, has no plans to consider abandoning the order. "We've decided to introduce 787s for our future midsize aircraft instead of the 767."

At JAL International, which has 35 planes on order, spokesman Toshikatsu Kitano says delays in the 787 will require the carrier to keep operating less fuel-efficient 767 aircraft. "If delivery is delayed again, it would be difficult for us to write off the damage because of the soaring fuel costs," he says. "Then, we might think about claiming compensation."

Leach says Boeing won't discuss the situations of individual customers. Many, however, are striking a conciliatory tone. At Air India, which has 27 of the new planes on order, spokesman Jitender Bhargava observed that new aircraft are almost always subject to delays and that Boeing is making "sincere efforts" to deliver the 787 on time. "The aircraft is worthy," Bhargava says. "So we'll wait."