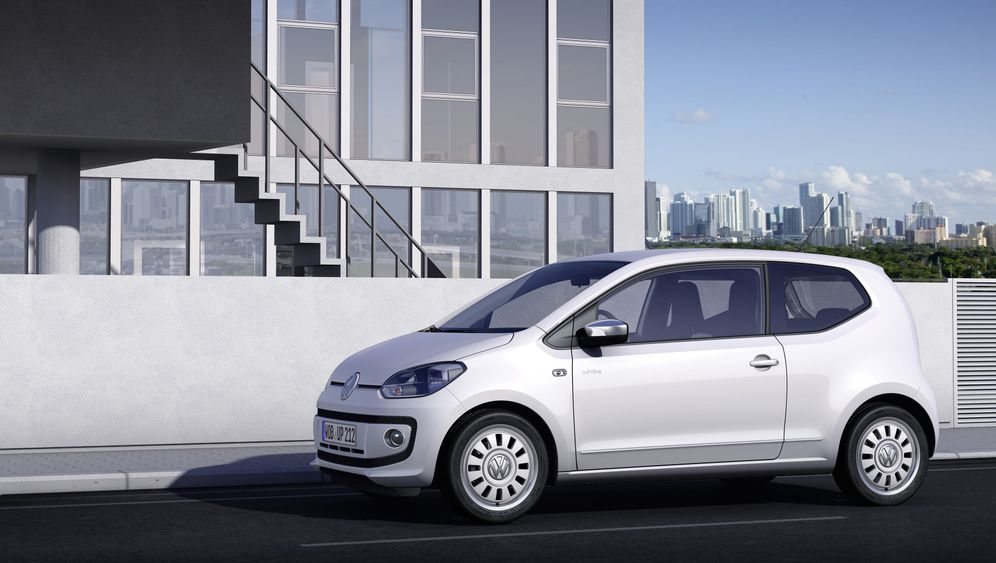 Photo Gallery: Cars of the Future Unveiled at Frankfurt Show

For Germany's carmakers, the mammoth Frankfurt International Motor Show is a home game, and given their surging sales this year, they have reason to be confident as they unveil a host of new models.

Audi CEO Rupert Stadler says his company is heading for a record year. In August the Ingolstadt-based luxury carmaker delivered 94,100 vehicles, up 17 percent from the same month a year earlier. Audi has built a pavilion at the trade fair with an integrated test track that industry insiders say cost the company €10 million ($13.7 million).

The Mercedes and BMW pavilions are no less opulent. However, there are increasing signs that the sales boom won't last much longer. "2012 will be a year of stagnation in the world auto business," says Ferdinand Dudenhöffer, auto analyst at the University of Duisburg-Essen. He blamed uncertainty in financial markets, massive public debt and weakening economic growth.

On the other hand, carmakers will be presenting innovations that could turn into bestsellers -- such as the city car VW Up!. Europe's largest automaker expects to sell at least 300,000 units of the new model per year, as part of its goal of becoming the world's biggest car manufacturer by 2018.

Mercedes-Benz, which fetes itself as the inventor of the motor car, will be showing off its new B-class model which will shape the future of the brand. The compact car will debut alongside a new technology platform that will eventually serve as the basis for four models, including the forthcoming generation of the A class.

Other important new model launches will be the Opel Zafira Tourer compact van, as well as new generations of the Porsche 911 sportscar, the BMW 1 Series, the Honda Civic, the Fiat Panda and the Toyota Yaris.

The future, it seems, belongs to small cars. "In western Europe the small car segment has grown from 30 percent in 1990 to 43.5 percent in 2010," says Professor Stefan Bratzel, an auto expert at the Center for Automotive Management. "We forecast the share to rise to around 45 percent by 2015."

While small cars are becoming ever more popular, comfortable and high-spec, a new species of car is emerging from below: so-called microcars. The vehicles of this type being shown in Frankfurt are all still studies, but microcars like the Audi Urban Concept, VW Nils or a minimalist Opel two seater vehicle, reported to be called Rak-E, are aimed at safeguarding the future of the car in big cities.

The engines of these new vehicles point to the second focus of the Frankfurt Motor Show: electric propulsion. The German Automobile Industry Association (VDA), which organizes the show, has devoted an entire hall to electric mobility. But analysts say the media hype over electric cars is premature, and that the big market breakthrough is still some way off. "We still lack the required jump in battery technology," says Nick Margetts of market research firm Jato Dynamics.

But hybrid models are on the rise. Audi will unveil a version of its A8 luxury limousine with a gasoline-electric engine combination. Experts say so-called plug-in hybrid cars, where the battery can be charged via an ordinary power cable, and range extender models like the Opel Ampera that use a combustion engine as an electricity generator will become increasingly important in coming years. Many manufacturers are showing prototypes with such engine configurations.

So what can be expected from the auto bonanza in Frankfurt? "After the green show of 2007 and the crisis show of 2009, this will at last be a decent Frankfurt Auto Show," says Margetts, "with virtually all brands represented and many solutions that are close to series production in the field of environmental and energy-saving technology."