The German chancellor may be a woman but in the German business world it is still extremely difficult for women to rise to the top. In companies listed on the German stock exchange, or DAX, women are still trailing their male co-workers on the career path.

This is not a new problem for Germany. In 2001, the Justice Ministry established a governmental commission to develop a Corporate Governance Codex. Many big companies such as Adidas, Deutsche Bank and Siemens now subscribe to the document, which was recently amended to explicitly call on companies to increase the number of female managers in the future.

But while German Justice Minister Sabine Leutheusser-Schnarrenberger, a member of the pro-business Free Democrats (FDP), has faith in the newly strengthened codex, her counterparts in Germany's 16 states are skeptical. On Wednesday, they announced the creation of a study group to examine the possibility of forcing businesses to advance women's careers by implementing quotas.

Bavaria's Justice Minister Beate Merk, whose Christian Social Union (CSU) is one of three coalition parties governing at the federal level in Berlin, proposed measures that would require a gradual increase of female board of director and governor members from 15 to 40 percent over several years.

"In spite of the commitment companies made nine years ago, significant progress has not been made," Merk told reporters on Wednesday. Small family-run businesses, as well as companies operating in industrial sectors that don't employ a great number of women, would be exempt.

However, these considerations are not enough to ease the fears of critics. "The framework in Germany is just not conducive for women to make it to the top," Anne Zimmermann, who deals with social policies for the German Chamber of Industry and Commerce, told SPIEGEL ONLINE. While her organization also believes measures have to be taken to improve women's career prospects, Zimmerman argues that Germany should make it easier for women to combine family life and a career first, before thinking about making new laws.

In a speech Minister Leutheusser-Schnarrenberger gave to members of the Corporate Governance Commission on June 16, she stressed that amending the codex to explicitly include opening up opportunities to female employees at all levels of the economy may very well be the last chance businesses have to solve the problem on their own before the government takes action.

"A better participation of women in leadership positions of companies is more than pure family-friendly politics. The goal has to be to utilize potential better and be economically more successful," Leutheusser-Schnarrenberger told her audience.

Last month, Family Minister Kristina Schröder argued that companies could be forced to adhere to quotas and report on how they implement them. She told business daily Handelsblatt that while companies could decide for themselves how high the number of woman in leadership positions should be, their success or lack thereof would become public knowledge and make them receptive to public pressure.

Some companies in Germany such as Deutsche Telekom back in March and energy giant E.on this week, have recognized that incorporating more woman into their hierarchies is beneficial to their organization as a whole. Deutsche Telekom was the first DAX company to pledge to raise the percentage of women at mid to high level management to 30 percent. E.on followed suit, with Regine Stachelhaus, the company's new personnel director, telling Handelsblatt that she wanted to boost the number of women managers from the currently low level of 12 percent.

But the state justice ministers are still not convinced that the amended codex will achieve what the previous one failed to or that companies can be relied upon to voluntarily add more women to the top managerial level. In their eyes, improving career chances for women in high-level positions in big DAX companies will require legislative action.

At the moment, only 21 members of the board of directors and governors at German companies registered on the stock exchange are women. This means that only 3 percent of top level managers are female. Proponents of the law implementing quotas are hoping the new study group will arm them with the necessary material to convince the federal minister in Berlin.

"We hope that reasonable arguments and suggestions will prevail -- even in politics," Stefan Heilmann, spokesman at the Bavarian Justice Ministry told SPIEGEL ONLINE. 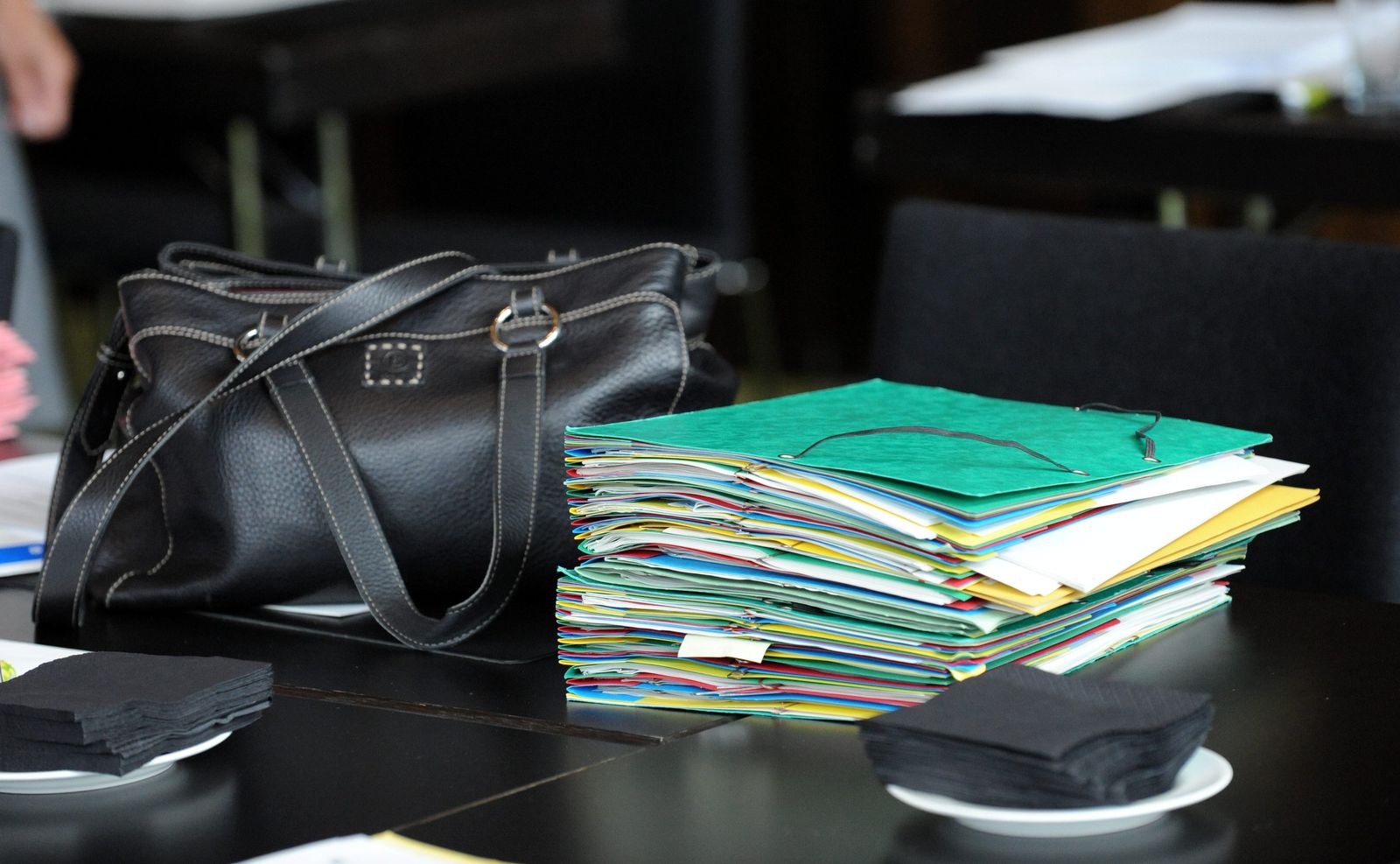 Justice misters met on Wedensday in Hamburg to discuss whether to draft laws to help more female managers advance to the top in German companies.