The official demolition of the Berlin Wall began at Bernauerstrasse and Ackerstrasse in June 1990. More than two decades later, amid graffiti-laden Wall remnants and an outdoor memorial, construction cranes are still present at the former border between East and West. Today, they are helping to rebuild an old warehouse, slated to open next year as a tech hub.

Dubbed the Factory, the building -- where armed guards gazed from the top windows prior to 1989 -- is the latest development in Berlin's growing technology scene. When completed in the first quarter of 2013, the Factory will be part of a five-building campus that will be home to 6Wunderkinder, a start-up that creates the popular productivity app Wunderlist, nonprofit Mozilla, developer of the Firefox web browser, and social sound platform SoundCloud, among other upstart companies. The area will also include playgrounds to inspire creativity, including a gym and space for local techies and innovators to swap ideas and host hackathons. This being Berlin, it will also include its own art gallery and, of course, a beer garden.

The Factory is to open in phases, and events aimed at start-up founders are already being organized, including this weekend's "Geeks on a Plane" event, organized by well-known Silicon Valley venture capitalist Dave McClure, the founder of the accelerator 500 Startups, which will bring together tech entrepreneurs and investors and baptize them into the Berlin scene.

The Factory is one of many tangible signs around Berlin -- long a creative hotbed of fashion, music and design -- that the technology scene is establishing itself quickly, fostering both start-ups and big-name players alike. "We're at the very beginning of a new ecosystem," says Simon Schaefer, a native Berliner and partner at angel and seed financing company JMES Investments, which spearheaded efforts together with Berlin property company s+p Real Estate to establish the Factory in June 2011. The Factory will provide start-ups with the opportunity to learn together as they grow and, in some cases, fail.

Skeptics have dismissed the Berlin hype as being no less than a Silicon Valley-esque bubble -- and one that will inevitably burst -- but many observers say there are no signs of a slowdown.

"There isn't a bubble. There is solid growth," says David Knight, the British co-founder and editor of Silicon Allee, an English-language blog focusing on the Berlin start-up scene that has its office at the Factory and also hosts a popular series of monthly meet-ups in the city.

Major investment firms and even Silicon Valley Internet leviathans seem to agree with his assessment.

Over the past year, the budding scene has begun to attract the serious attention of major venture capitalists both in and outside of Germany. London-based VC firm Connect Ventures announced in September that it is leading a €500,000 ($645,000) investment round in Berlin Facebook commerce start-up Ondango. Founders Fund, backed by PayPal founder and prominent California-based German investor Peter Thiel, made ResearchGate its first non-US investment this year, providing the company with an undisclosed sum.

The buzz in Berlin, as well as its location as the seat of government in a country where concerns about Internet privacy are greater than in many other Western nations, has become a motivating factor for major Silicon Valley operations to join the start-ups in opening offices here.

Google will officially open shop on the city's upscale Unter den Linden boulevard on Sept. 26. The spacious new outpost, where the interior design samples elements of the search-engine giant's Mountain View headquarters with its quirky and loudly colored decor, will employ 25 people -- mostly in the areas of sales, marketing and lobbying. "We want to give Google a public face in Germany and show what our goals are," said Ralf Bremer, a company spokesman.

Twitter will soon follow suit with its first German office in the city, providing needed evangelism for the microblogging site in a major market where it has proven less popular than in the US. Finally, Mozilla, which has its European headquarters in Paris, is hiring 30 to 50 people for its first German office, to be located in the Factory. Company spokeswoman Barbara Hüppe says Mozilla has already received numerous relocation requests from employees who would like to join the pioneering scene in Berlin.

"People in Germany are excited about alternatives and have a skepticism towards large corporations," Hüppe said of the country, where public and government debates over the security and privacy of services from Google, Facebook, Apple and other tech giants are often fierce.

This healthy skepticism is also reflective of a major creative class in the city, which is part of what has made it an attractive magnet for start-ups.

When Hanover-born Ijad Madisch, the founder of ResearchGate -- a site launched in Boston that has been described as a "Facebook for scientists" and has attracted 1.4 million users -- had the option of moving his company to San Francisco or Berlin, the answer was obvious. "Berlin is cheaper and has a higher cultural diversity," said Madisch. "Now it's pretty easy to find strong developers here."

So Madisch moved to Berlin in November 2010 with seven employees, a number that has since jumped to 80. Compared to Silicon Valley, Madisch said it is easier for entrepreneurs to pick up and move to Berlin, where acquiring a work visa is a less expensive and bureaucratic process for most nationalities, the cost of living is lower and the standard of living higher than in many cities.

At the moment, there appears to be no dearth of job opportunities for those coming to Berlin. The Silicon Allee blog maintains a comprehensive list of over 100 start-ups on its website, 40 of which are reportedly hiring at the moment. The local website Berlin Startup Jobs posts more than a dozen positions that need filling each week. 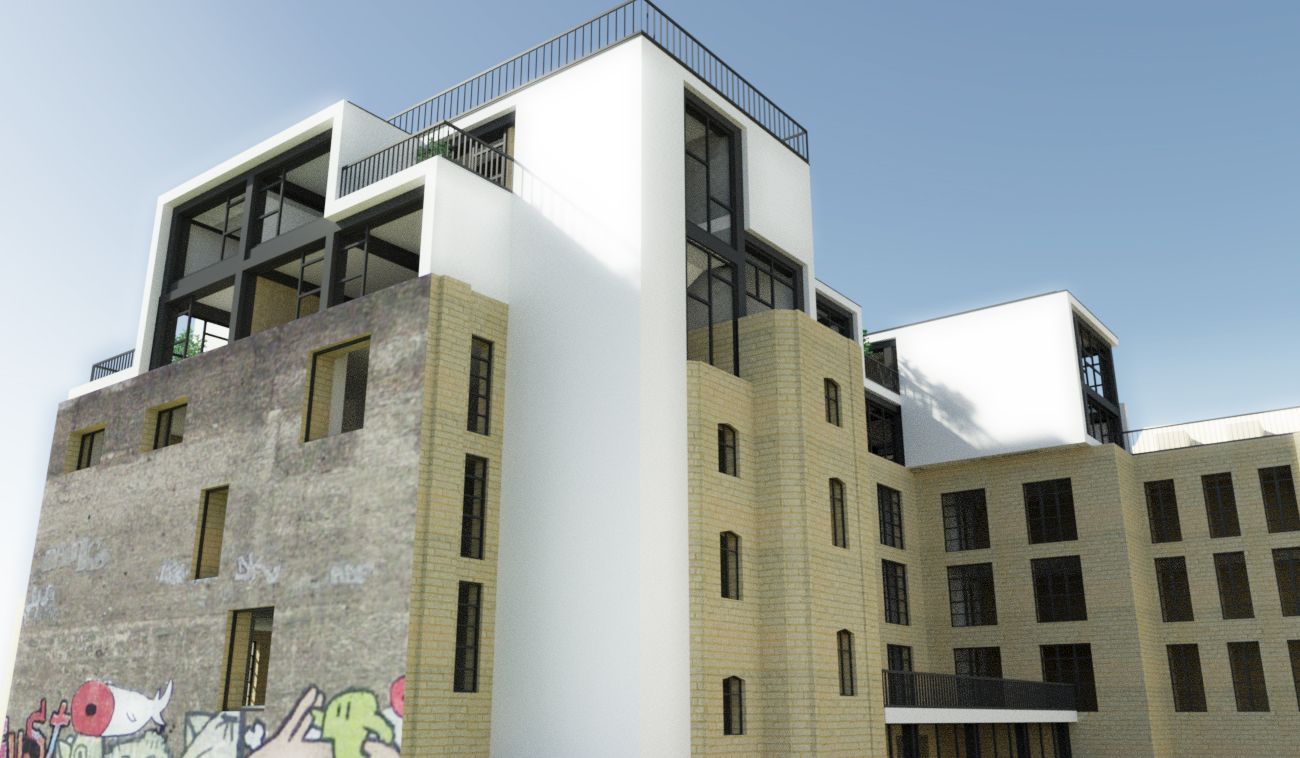 An architectural rendering of Berlin's Factory, a hub for tech start-ups in the German capital slated to open in 2013.