Germany has long appeared to be largely immune to the euro crisis, but quarterly reports released on Thursday by the country's largest companies indicate that this may be changing.

The financial turbulence and weak economic performance of many European nations seem to be catching up to the currency union's strongest economy, which is heavily dependent on exports. Figures reported by Germany's flagship companies showed a slowdown in profits, sales and new contracts, in addition to more cautious prognoses for the future.

Technology giant Siemens reported profits that were well below expectations, along with a severe decline in orders of 23 percent, prompting the company to announce a new cost-cutting program. A "deceleration of the global economy" is to blame for the loss in orders, CEO Peter Löscher said.

Steel company ThyssenKrupp announced that it will reduce hours for more than 2,000 workers beginning in August due to slowing orders. BASF, the world's largest chemical company, also saw profits sink by some 16 percent for the second quarter of 2012, reporting that business had also started to stall in China.

And automaker Daimler earned 11 percent less than it did in the same quarter last year, but competitor Volkswagen appears to remain unaffected by the crisis so far thanks to booming business in Asia and the United States.

Surprisingly, German consumer confidence appears to have remained stable despite concerns that the country could finally be feeling the negative economic consequences of the European debt crisis. The GfK research institute reported Thursday that its consumer confidence indicator for August was 5.9 points, up slightly from 5.8 the month before.

In the first quarter of the year the German economy grew by 0.5 percent, but the German Institute for Economic Research (DIW) has estimated that the second quarter will show weaker growth of some 0.3 percent. "Germany cannot uncouple itself from the weak development of the euro zone," DIW economist Ferdinand Fichtner told news agency Associated Press.

German commentators on Friday seemed resigned to the poor showing by their country's largest companies, with one expressing surprise that it has taken so long for the crisis to arrive.

"German industry appears to be even more resistant than expected. That is, at least BASF, VW and Siemens managed not to deliver any horrific news when they presented their quarterly reports. … The verdict from Thursday should be this: As long as the euro zone doesn't fall apart, and Europe's economy doesn't slump violently, the German companies have a chance at avoiding a crash. Demand from Europe has been weak for months, and German firms have managed to more or less handle it. This is partly because they have globalized, with earnings in Asia making up for losses in Europe."

"The big short-term danger is not the euro crisis … Much more important for the health of large German companies will be further development in Asia."

"It's good news that an end to the boom is showing itself in Germany too. The sooner the crisis can be felt, the more Berlin will be forced to abandon its fantasy world. The facts are clear: If every country is scrimping at the same time, the economy will falter. This has the effect of increasing debt, not the opposite. And a country that mainly lives off of exports as Germany does can't be spared when the economies of its trading partners collapse. The fact that the crisis has finally reached Germany is far less astonishing than the fact that it took so long to happen."

"The worsening corporate numbers could be a warning, but they probably come too late to rouse Germany out of its lethargy."

"By now things are becoming clear. There is no island of bliss in the sea of the euro crisis. If our neighbors are gradually drowning, at some point Germany will be in deep water too. But we can't count on being rescued. We're the only ones who can help ourselves."

"For many it's an uncomfortable and bitter truth. But those who thought that Germany would be spared had their eyes closed to reality." 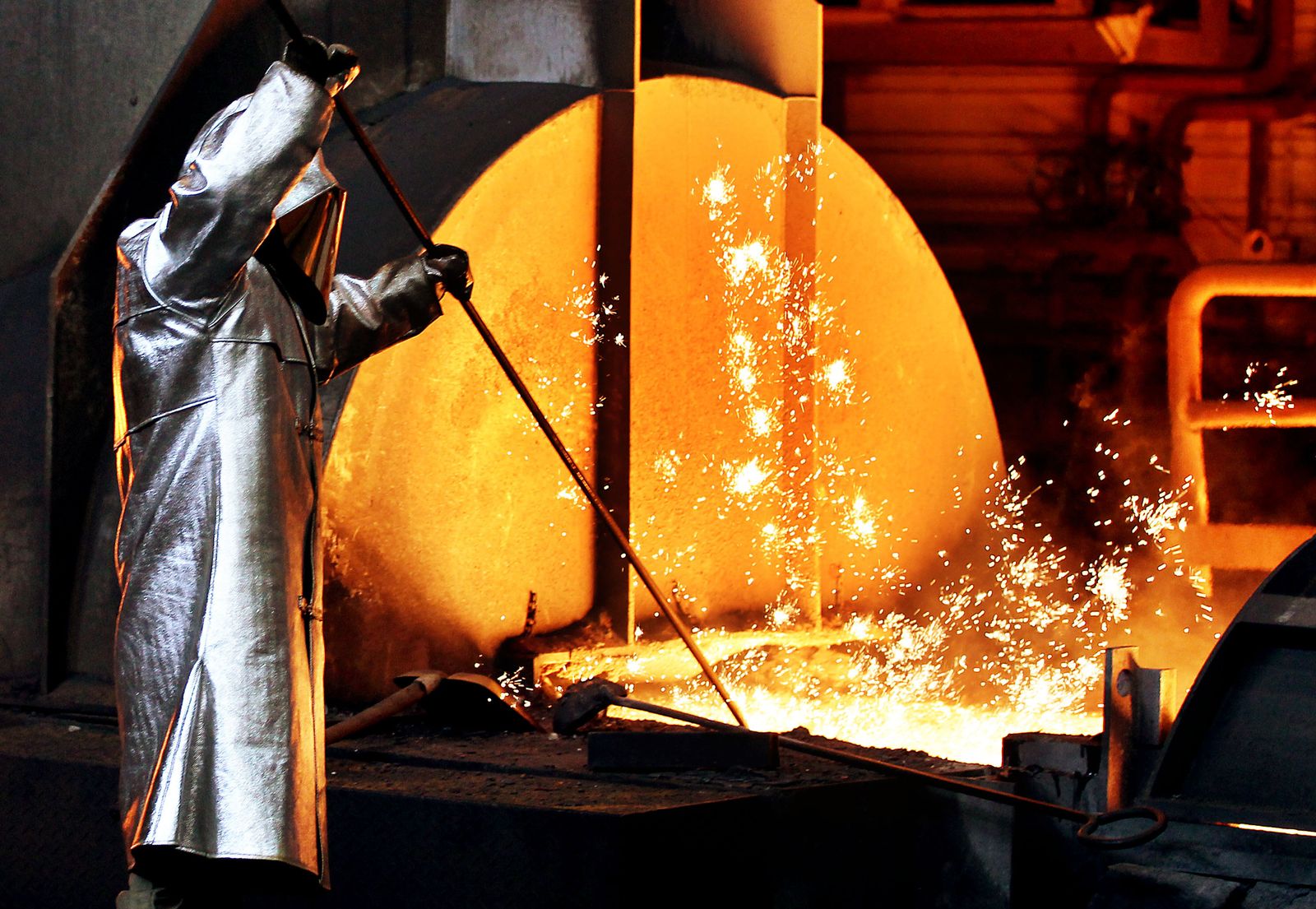 Steel manufacturer ThyssenKrupp is putting some 2,000 workers on shorter hours in response to slowing orders.