When German media showed Fiat Chief Executive Sergio Marchionne stepping out of a silver Maserati sedan near the German Economics Ministry on May 4, business insiders shook their heads in amazement. Not at Marchionne, but at the gray-haired man in a dark suit who emerged from the same car. Once again, Roland Berger, éminence grise of European management consultants, was in the thick of the action. The two men were seeking political blessing for Marchionne's plan to acquire General Motors' Germany-based Opel unit and set up a three-way alliance with Chrysler. 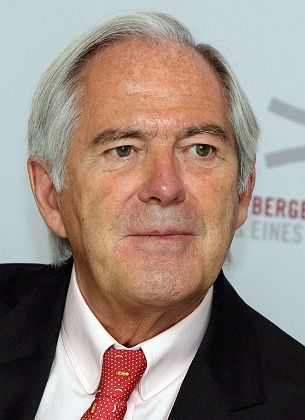 In the thick of it all: Mega-consultant Roland Berger has connections with almost every possible player in merger talks among Fiat, Opel and Chrysler.

Critics in Germany's Bundestag immediately howled. While Berger was squiring Marchionne around Berlin, they pointed out, Roland Berger Strategy Consultants, the Munich-based firm that Berger founded and still oversees, was advising GM on what to do with Opel.

Berger has a legendary knack for winning the trust of important people -- even those who compete. He once counseled candidates for German Chancellor while they were running against each other. "He is one of the most connected businessmen I have ever met," says Thomas Middelhoff, former CEO of German media company Bertelsmann. Now 71, Berger founded his consulting firm in 1967 and built it into one of the only European rivals to McKinsey & Co. and Boston Consulting Group. Although he retired in 2003, and has since ceded all but a tiny share of his firm to his partners, he's still chairman of the board. And he sits on at least a dozen corporate boards or international advisory committees, including at private equity company Blackstone Group and Sony. Berger's net worth is estimated at $600 million.

In the Fiat-Opel-Chrysler talks, Berger downplays his role, saying he is only providing free, informal advice. "People call me up once in a while, asking what do I think about this or that," he says. But it's hard to imagine anyone more closely wired to all the egos involved. Fluent in Italian, Berger is pals with Fiat's Marchionne and sits on the carmaker's board (a position he has temporarily relinquished to avoid conflicts of interest). The attempt to meld Fiat, Opel, and Chrysler seems like a perfect opportunity for Berger to deploy his connections in politics and business and to play midwife to a historic merger. Berger, who first cultivated ties with Chancellor Angela Merkel in the 1990s, has been taking Marchionne to visit the prime ministers of German states with Opel factories, wooing support for a deal (He says he knows all but one of Germany's powerful state leaders). Also, he has tried to assuage union officials worried about job cuts at Opel.

It's clear Berger supports Marchionne's view that the two European companies plus Chrysler must combine to achieve the sales volume needed for all three to survive. Berger helped Marchionne formulate his vision of an automaker that would offer buyers a wide range of models and brands, from Saab to Jeep, while sharing components such as engines and chassis. In the bidding for Opel, Fiat faces competition from Canadian-Austrian parts supplier Magna International and probably from Brussels buyout firm RHJ International. Unions support Magna because they believe the company would cut fewer jobs, but many industry observers regard Fiat as the bidder best able to offer Opel a chance at survival. It's a safe bet that Marchionne and government officials will seek Berger's counsel as they try to work out a plan acceptable to labor, management, and GM's US government overseers.

Unlike most consultants, who prize anonymity, Berger is one of Germany's most visible business leaders, something that makes rivals grit their teeth. Married to a former journalist, Berger is more accessible to reporters than most German consultants and last year appeared on the cover of manager magazin, a top German publication. A common complaint among competing consultants is that Berger's promotion of his personal brand forces them to be more publicity conscious -- and that can take the spotlight off clients.

Berger's celebrity status -- he once commissioned a portrait of himself by Andy Warhol -- means, however, that few refuse his phone calls. Disarmingly low-key, he's a confidant to the likes of Deutsche Bank CEO Josef Ackermann and Siemens CEO Peter Löscher. Berger enjoys bringing people together and mediating conflicts, often over a good bottle of wine. "He genuinely wants to help unlock a difficult situation. That's what drives him," says Florian Lahnstein, an investment banker who is partners with Berger and Middelhoff in a new London-based investment fund. Berger's connections helped BLM Partners raise $340 million from investors, including Deutsche Bank.

Has he ever given bad advice? "I haven't been wrong very often," Berger insists. Rivals point to his firm's role in the restructuring of Philipp Holzmann, once Germany's largest builder, which went bankrupt in 2002. They also say that Roland Berger Strategy Consultants is not as successful as McKinsey or BCG in winning jobs from multinationals. Still, there's no doubt that Berger enjoys the trust of many top executives. Ulf "Mark" Schneider, CEO of health-care company Fresenius, recalls taking a ride across Munich in Berger's Mercedes S-Class two years ago. Within a few minutes, Berger fielded calls from Russia, Brazil, Spain, and Italy. "We're used to international dealings," says Schneider, "but I was impressed."