Harald Heker, 54, is the CEO of GEMA, Germany's leading performance rights organization, which monitors the use of copyrighted material and collects usage fees on behalf of some 60,000 composers, songwriters and music companies. For quite a while now, Heker has been combating copyright infringements on the Internet. On Friday, a regional court in Hamburg handed down a surprising decision in his favor: Google subsidiary YouTube has been ordered to remove seven song titles from its lineup of videos. This concerns any usage, even if the music is only played in the background of harmless amateur videos.

The court found that YouTube was in breach of duty and thus liable for copyright infringements committed by its users. According to the verdict, GEMA can now decide which titles on YouTube have to be removed.

Since 2009, GEMA has been fighting with YouTube over commissions for works that are available on the online platform. The American company is offering the German performance rights organization a profit-sharing deal, which GEMA has turned down. GEMA is asking for up to 0.6 euro cents (0.8 US cents) per view for each copyrighted video and a flat-rate share of 10.25 percent of the advertising revenues. Google, though, maintains that a business model like YouTube doesn't produce revenues on that scale. Google has argued that, because it is not a traditional broadcaster, YouTube should be entitled to pay lower fees to GEMA. The Hamburg verdict is not yet legally binding, and YouTube is expected to appeal the ruling.

The dispute between GEMA, which is similar to the United States' ASCAP, and YouTube has meant that many music videos by international artists cannot be viewed on YouTube in Germany. Users are often greeted with the message: "not available in Germany because GEMA has not granted the respective music publishing rights." It's a development that has angered many young people in the country, where a major national debate over copyright is also contributing to the success of the Pirate Party, a rising political force whose platforms are centered on greater Internet freedoms.

SPIEGEL: Mr. Heker, are you now going to hit YouTube with additional demands to remove material?

Heker: No. This trial was very deliberately a test case. The titles were chosen at random. It's our hope that YouTube will now be willing to seriously negotiate with us.

SPIEGEL: You are asking for a commission for every view and a portion of the advertising proceeds. YouTube only wants to pay GEMA a fixed amount. Will the Americans have to give in?

Heker: If this ruling is upheld, YouTube will be held liable for the contents uploaded by its users. YouTube and companies with similar business models will have to take measures in the future to ensure that copyrights are protected on their servers. YouTube will either introduce these safeguards on its own, or finally sit down with us again at the negotiating table, so we can conclude a clean contract.

SPIEGEL: Implementing such safeguards would be difficult, if not impossible. If an agreement can't be reached here in Germany, isn't the video platform's fundamental business model jeopardized?

Heker: I'd rather not speculate about the other side's problems. If YouTube can introduce these safeguards, that's one possibility. If that's not feasible, reaching an agreement with us, GEMA, is simply the necessary consequence.

SPIEGEL: Could you imagine approaching YouTube and modifying your demands?

Heker: The clear message is: We are prepared to negotiate. Our last rate proposal was already a big step. Other providers with whom we are negotiating find this rate acceptable.

SPIEGEL: Are you seeking an escalation? Google says there have been a number of attempts to reach an agreement with GEMA.

Heker: From our perspective, that's not correct. In our view, we have actually taken great steps to reach out to YouTube and have repeatedly made new offers. We don't want to sue YouTube -- we want a contract.

SPIEGEL: According to the proposal made by YouTube, commissions for musicians would be linked to YouTube's commercial success. Is that acceptable?

Heker: Absolutely not. It's also totally incompatible with German law. We cannot allow the artists to take part in the licensee's risks. We have to establish payment rates, and these have to apply to all market players who have the same business model.

Heker: If YouTube doesn't agree with the amount of remuneration established by GEMA, then the law calls for the uncontested portion to be paid, and the amount that goes beyond this to be set aside. Then an arbitration board at the German Patent and Trademark Office would decide whether the fees are appropriate. But YouTube is not adhering to this and is simply paying nothing at all.

SPIEGEL: Some people in the industry say that it's already very possible as an artist to earn money with YouTube, and that this conflict is merely holding things up.

Heker: Very few people are saying this. The overwhelming majority of our members see things differently. There may be individual cases where, based on their popularity, artists are able to speak directly with YouTube. But the majority of our members are relying upon our negotiations. It's not our intention to obstruct a thriving Internet market. But there also have to be rules on the Web. 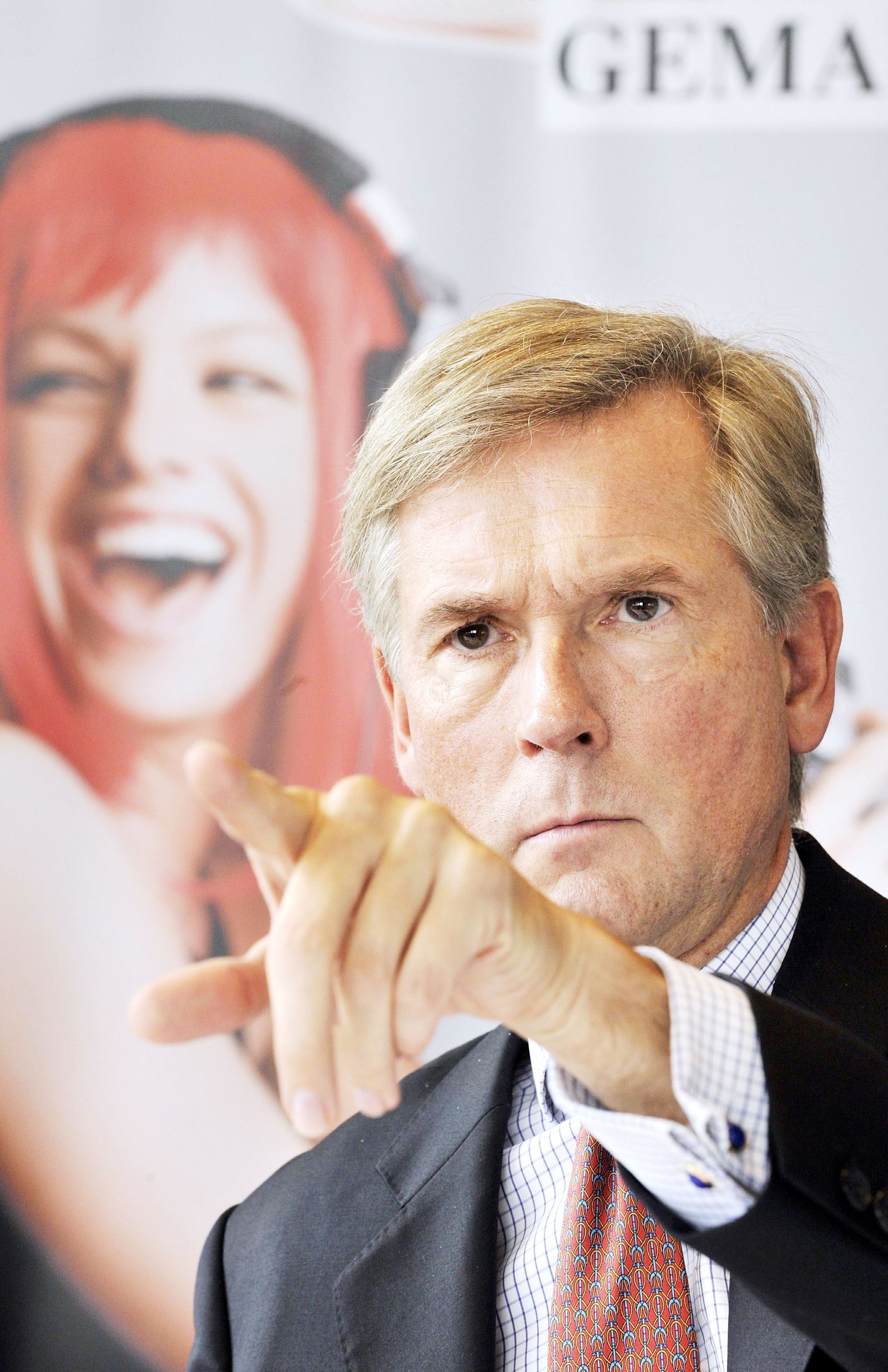 GEMA CEO Harald Heker: "It's our hope that YouTube will now be willing to seriously negotiate with us."