Exports are a major pillar of the German economy, but now the sector is starting to feel the impact of the euro crisis and the global economc slowdown. German export orders fell in August by the highest rate in more than three years, the Markit financial information company announced Monday after conducting a survey of 500 industrial firms.

"Survey respondents commented on a general slowdown in global demand and particular weakness in new business inflows from Southern Europe," the institute said. The firms hardest hit by declines are manufacturers of machinery and other investment goods as well as producers of intermediate goods such as chemicals.

In the first half of 2012, German exports had still grown thanks to demand from Japan, the United States and Russia. But it was already evident then that exports to crisis-hit countries were falling sharply, and that trend is now continuing.

Markit economist Tim Moore said the German industrial sector is going through its worst quarter -- the three months to the end of September -- in more than three years.

"The new orders figures are especially disappointing, with export work dropping at the fastest pace since April 2009 amid an ongoing deterioration in global demand," he said in a statement.

Other indicators are also pointing downwards. The country's most important leading indicator, the Ifo business climate index, fell in August for the fourth month in a row. In the first and second quarters of 2012, German GDP grew 0.5 percent and 0.3 percent respectively.

Meanwhile, the government owned development bank Kreditanstalt für Wiederaufbau (KfW) reported that its barometer of sentiment in the small and medium-sized business sector fell in August for the sixth month in a row. The biggest decline was among retailers, which could be a sign that euro crisis fears may finally be starting to affect German consumer sentiment.

Nevertheless, KfW expects private consumer spending to help stabilize GDP growth, which it projects at 1 percent this year, down from 3.0 percent in 2011. 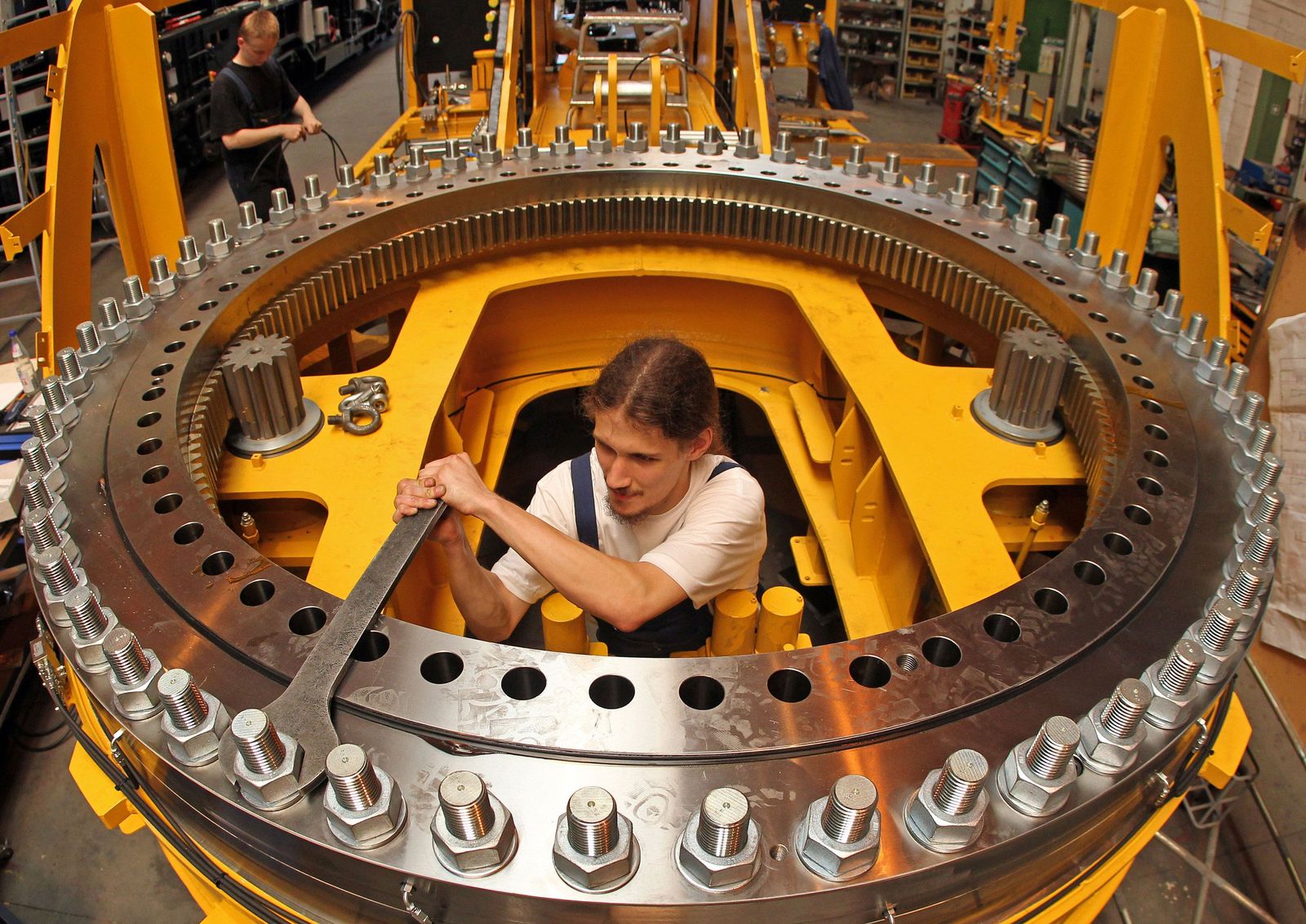 An engineer assembling a railway crane made by Kirow Ardel. Demand for German industrial goods is declining.