It just looked like an inconspicuous entry about a draft law on the Chinese Industry Ministry's website. No one in Berlin noticed it until an attentive diplomat at the German Embassy in Beijing came across it and rang the alarm. Luckily, the person best positioned to address the matter was already on a plane to China.

German Economics Minister Sigmar Gabriel was on his way to the country to discuss German-Chinese trade with the China's leaders, but after news of the draft law made the rounds of the minister's delegation, they couldn't stop wondering: Could this really be true? Would every seventh automobile sold in China soon be required to be electric -- and as if that weren't enough, would it also have to be manufactured primarily by companies owned by Chinese citizens? And what would that mean for German manufacturers? Would they be driven out of their most important market? "This is like a bomb dropping," groaned one German industry representative.

The questions raised by the ministry website remain unanswered today, but the shockwaves it triggered are still being felt. With the German automobile industry's record sales and manufacturing figures, and its artful engineering of everything from turbochargers to 4-wheel drives, politicians and business leaders here had maintained the illusion that others would be incapable of catching up.

Are German Carmakers Falling Behind?

With the trend in electric cars picking up, and not just in China, Berlin government circles are increasingly worried that the apparent technological dominance of Daimler, BMW and other German carmakers could soon be a thing of the past. Germany's industry value is being "put to the test" on a "scale that perhaps hasn't yet been totally registered," Chancellor Angela Merkel warned last week in parliament. Economics Minister Gabriel, who is also Merkel's deputy chancellor, pleaded with the industry "to preserve car manufacturing as the leading industry in Germany and Europe." An internal report from his ministry also warned that the companies in question are falling behind in the development of key electromobility components. There's a risk of "lasting dependence on Asian manufacturing," it warned.

The future of Germany's most important economic sector is at risk, and politicians in Berlin feel they have been left in the lurch by German carmakers. For nearly 10 years, Merkel and senior members of her cabinet have been working with industry leaders to prepare the fastest possible use of future technologies -- or at least they pretended to do so. They created a common electromobility platform, commissioned studies and expert opinions and the Chancellery also hosted a number of car summits. Everything that could be done to make Germany the "leading market," according to the term used at the time.

Today, that ambition has not become a reality. Whereas a respectable number of electric cars are already whizzing through the streets of France, the Netherlands and Norway, their share of the automobile market here hasn't even reached 1 percent. The coolest car in this market segment right now is the U.S.-built Tesla. And when a factory worker at Daimler or Volkswagen actually does get the chance to assemble one of the few electric cars on offer here, its core component, the battery, is usually manufactured in China or Japan.

If the situation remains as it is today, up to 40 percent of the supply chain value will be developed and produced outside the country in the future. "That can't be the aim of German carmakers," Chancellery Chief of Staff Peter Altmaier, whose position is cabinet level in Merkel's government, offers critically.

But how sincere has the government truly been in its efforts?

Given that the manufacturers earn a large share of their revenues with heavy diesel- or gas-fueled sedans, one industry representative scoffs that their visits to the government in Berlin primarily served to "protect the combustion engine." The companies were also deeply divided over their electromobility strategies. When, earlier this year, Merkel's government coalition debated possible government rebates for electric-car purchases, BMW CEO Harald Krüger called for the largest possible subsidies to be implemented when he spoke with Horst Seehofer, governor of the state of Bavaria, where the company has its headquarters. Around the same time, CEO Dieter Zetsche of Stuttgart-based Daimler had a chat with Barbara Hendricks, the environment minister of the local state of Baden-Württemberg, in which he voiced his opposition to the proposal. Volkswagen CEO Matthias Müller, meanwhile, is also reportedly opposed to the subsidies.

Industry and the government ultimately agreed on a 4,000-euro rebate per car, in what proved to be a tepid compromise that has had only a modest impact. Since its introduction in July, Germans have only submitted 3,343 applications for the electric-car rebate, far less than expected.

But given that the switchover to electric cars is picking up pace around the world, this doesn't make sense either -- a fact that the staff at Berlin's economics and research ministries have noted with concern. Electric cars are getting cheaper even as their performance improves and when it comes to combatting smog in many cities -- in both industrialized and emerging economies -- there is no alternative to the promotion of electric cars. If cities like Shanghai or Beijing move to ban combustion engines from their city centers in the future, German carmakers will have no choice but to respond -- especially if their diesel vehicles are burdened with a reputation for cheating on emissions test.

Now hardly a day passes without the CEO of a German carmaker presenting himself as a friend of the electric motor and announcing the production of new e-model. Their lobbyists in Berlin also continue to sing the same tune they always have: that they should have the most leeway possible for their fossil fuel-powered cars and the least risk exposure possible in developing electromobility.

Costs vs. Jobs and Know-How

The Chancellery and the Economics Ministry have spent years trying to persuade German manufacturers to establish their own joint battery-cell manufacturing facility. Just recently, Matthias Machnig, a senior official in the Economics Ministry, invited companies to his Berlin offices to champion the cause -- with a modest degree of success. Automobile industry officials don't believe it makes sense to establish a factory that would cost billions to create at a time when storage modules can be purchased cheaply and in vast quantities from Asia. The companies aren't interested in investing until the new battery technologies they are currently researching can be viably produced. There's also a fundamental conflict between the companies and government: The carmakers don't care where they get their supply parts from. Politicians, on the other hand, want to create jobs and maintain German expertise.

That's why Economics Minister Gabriel is now increasing the pressure on carmakers. "We should launch a major initiative to build up independent battery-cell production and research for all European carmakers," he urges. Gabriel would like to see "the participation of all relevant companies." He's also trying to entice them with government money. "The European Investment Fund issued by European Commission President Jean-Claude Juncker could also provide financing for companies," he says.

But it is uncertain whether those companies will bite. They fear creating new financial burdens given that they are already having to pony up to develop new electric and more environmentally friendly combustion engines.

Auto industry lobbyists in Berlin are currently pursuing a contradictory strategy: On the one hand, they want to spur sales of electric cars. At the same time, however, they are also trying to defend their diesel- and gasoline-fueled cars from what they see as overly stringent environmental regulations.

Matthias Wissmann, president of the German Association of the Automobile Industry (VDA), wants to help ensure that combustion motors still have a long life span ahead of them. After all, his organization claims, gasoline and diesel motors can be operated with emissions levels that are close to CO2-neutral if environmentally friendly fuels are used -- so-called e-fuels, synthetic fuels that are manufactured using a chemical process powered by wind or solar power. VDA is promoting it as a zero-emissions technology. The only problem is that the process should primarily be used for aircraft or ships that aren't really suited for electrical propulsion. That, at least, is the view held by the Environment Ministry in Berlin.

The lobbyists are also urging the timeframe for the enforcement of stricter emissions standards in the coming years to be eased. They have already submitted a proposal to the Economics Ministry that would allow cars to emit more climate-harming CO2 if they are also equipped with environmentally friendly technologies like adaptive cruise control or fuel-saving drive programs. With a mix of technologies, the companies are hoping they can meet fleet emissions targets even with their expensive gas-guzzling models.

Carmakers are also trying to find ways to ensure that their heavy diesel sedans won't get booted from city centers in Germany. Cities like Munich and Stuttgart, where emissions levels are significantly higher than legal limits, are considering bans on the cars in inner-city areas.

In the meantime, Daimler and other carmakers have developed new diesel motors with lower emissions than previous models. And the companies are fighting to ensure that their vehicles will still be allowed in city centers in the future. Their original idea was to develop a "blue plaque" for diesel cars with engines that meet EU emissions limits. In some areas, only cars containing the plaque would be allowed to operate. The industry also managed to score a major supporter in the form of Winfried Kretschmann, a member of the Green Party and the governor of Baden-Württemberg, a state that is home to many carmakers and suppliers.

In the end, the government couldn't come to an agreement on the blue plaque and it is now working on an alternative model that would provide municipalities with greater powers to intervene, with the presentation of the new idea expected by Christmas.

Be it through e-fuels, environmental technologies or blue plaques, it's clear that carmakers are desperately looking for ways to keep their models with combustion engines attractive. They're also counting on the idea that the government has no interest in creating a crisis with its climate-change policies for an industry that is one of the country's biggest employers .

German Transportation Minister Alexander Dobrindt says that the situation is changing fast and that "no one can predict which companies will be among the largest carmakers in the world in 10 years."

It's a race against time or, as Chancellor Merkel recently put it: Either the industry will succeed in a turnaround or "it will be trumped by others." 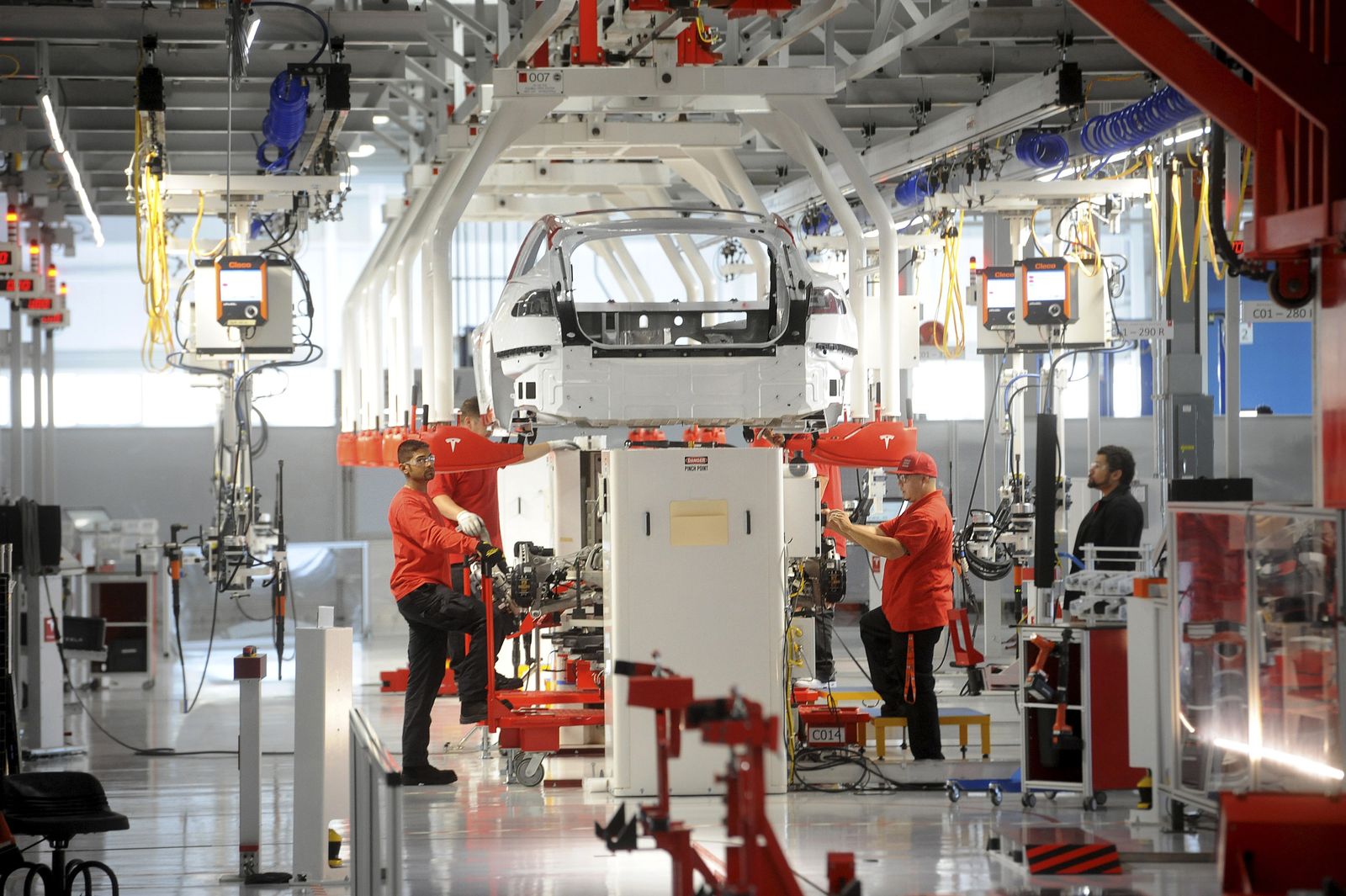 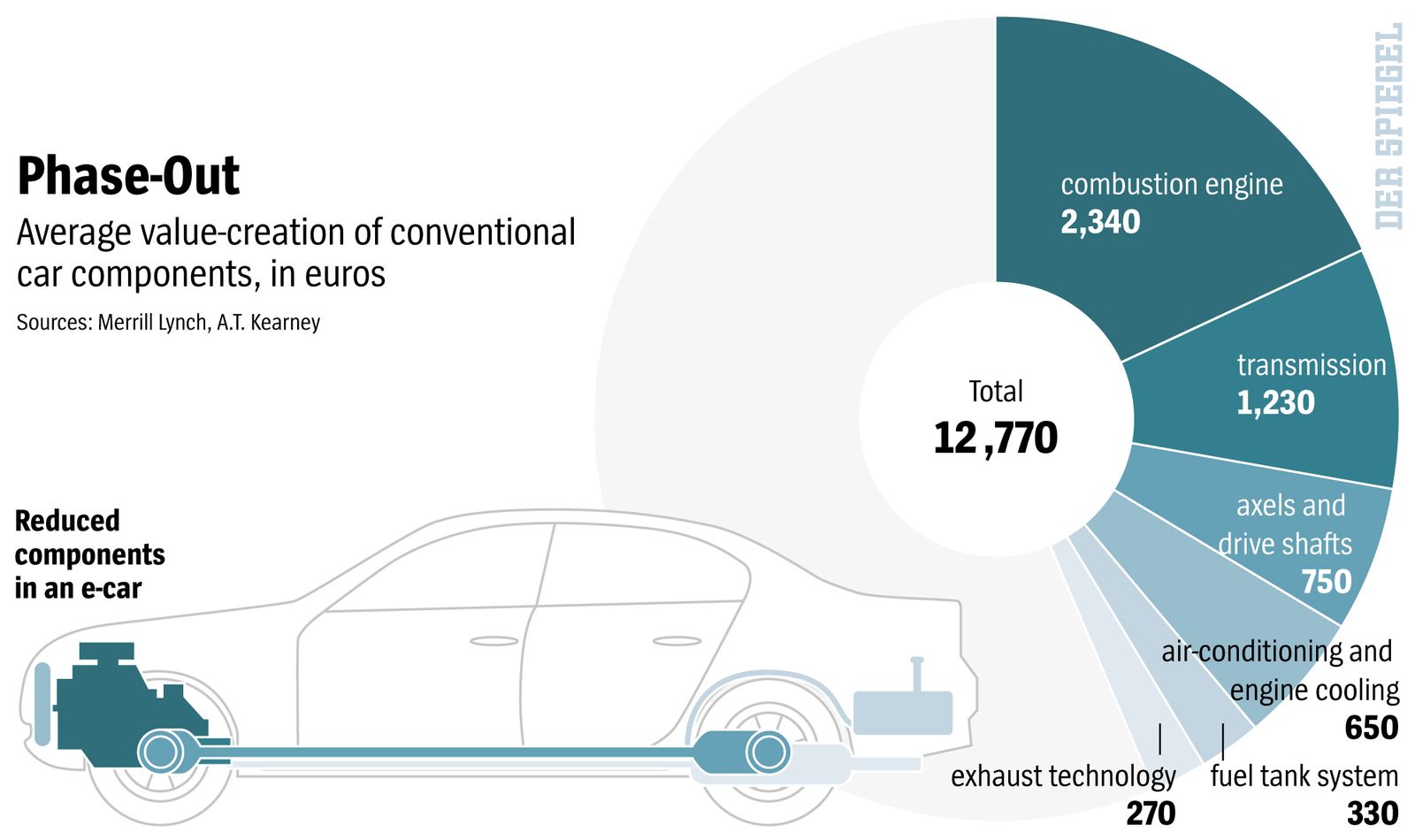