The German economy shrank by 0.5 percent in the fourth quarter of 2012 as a result of the euro crisis which hit exports and investment, preliminary figures released by the Federal Statistical Office on Tuesday showed.

Growth for the full year slowed sharply to 0.7 percent from 3.0 percent in 2011, but that still compares favorably with much of the rest of the euro zone, which remains mired in recession as a result of austerity measures and burgeoning debt.

Germany, Europe's largest economy, was able to offset part of the export declines in its core European market with strong growth in exports to the US and big emerging markets like China, hungry for German automobiles and industrial goods.

"The German economy might not be an island of happiness any longer but it remains at least an island of growth in a still recessionary euro-zone area," Carsten Brzeski, an economist at ING, told Reuters.

The Statistical Office also said that the public budget was in surplus for the first time since before the financial and debt crisis in 2007. The surplus amounted to 0.1 percent of GDP after a deficit of 0.8 percent in 2011. In 2010, the deficit had been 4.1 percent, above the 3 percent limit set by European Union rules.

The swing to a surplus has been caused by record employment levels and rising wages, which many countries in Europe, especially in the austerity-hit south of the continent, can only dream of.

The 2012 GDP growth figure was slightly below forecasts. The sharp slowdown was partly explained by above-average growth rates seen in 2010 and 2011. "In the previous two years, GDP growth had been much larger but that was due to a catching-up process following the worldwide economic crisis of 2009," the Statistical Office said in a statement. The German economy shrank by 5.1 percent in 2009, at the height of the global economic crisis.

Predictions for 2013 are mixed. Some economists expect German growth to accelerate slightly. Business confidence, as measured by the Ifo Business Climate Index, rose in December to its highest level in five months.

But according to a report in business daily Handelsblatt on Tuesday, the German government expects 2013 growth of around 0.5 percent. Economy Minister Philipp Rösler will release the latest forecast on Wednesday when he presents the government's annual economic report. The OECD also expects 0.5 percent for Germany.

The economists at the Ifo Institute is a little more optimistic, expecting unchanged growth of 0.7 percent. The German Intsitute for Economic Research in Berlin predicts 0.9 percent. 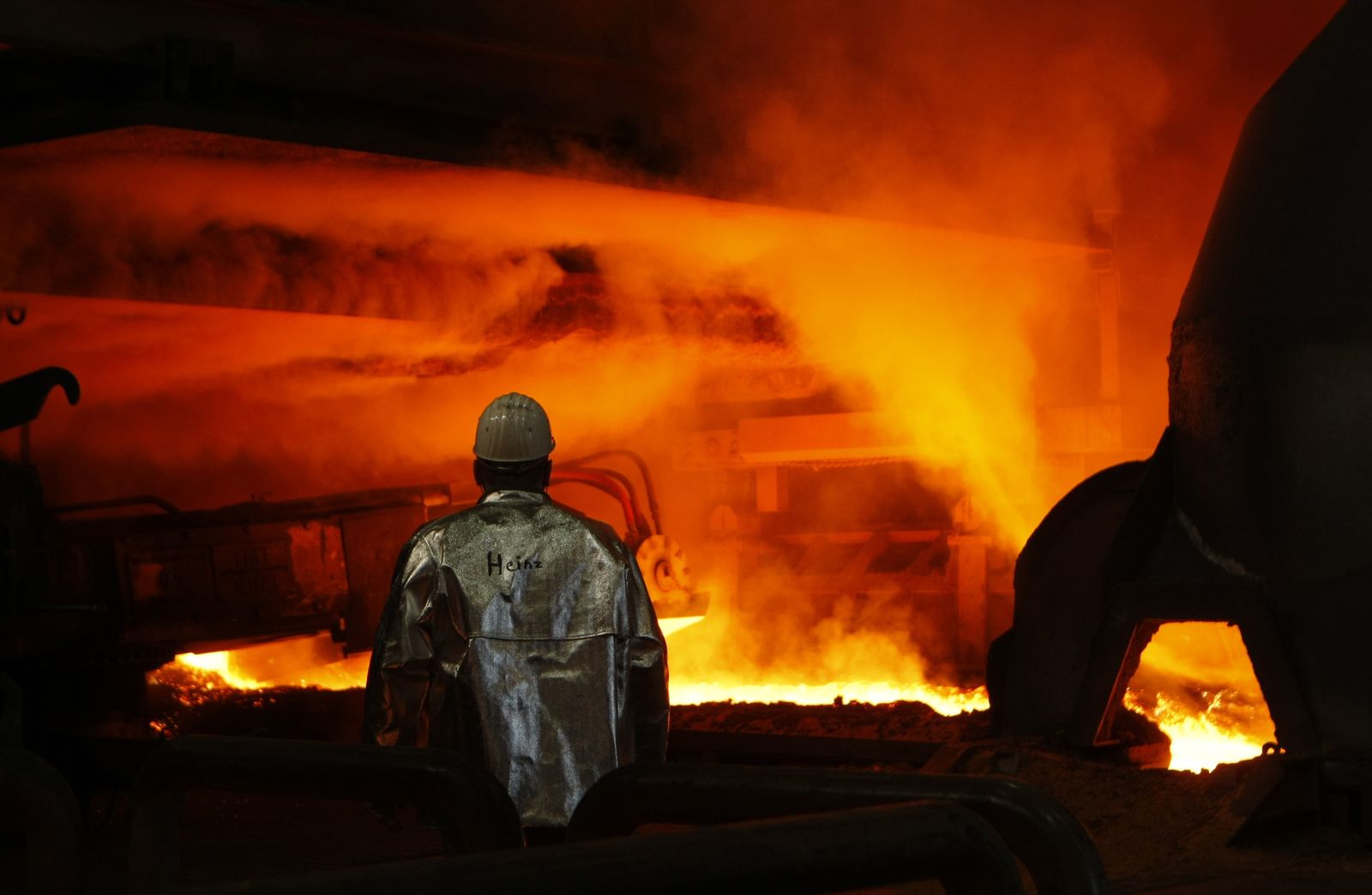 A worker at German steelmaker ThyssenKrupp. The economy has been hit by the euro-zone crisis.