The International Monetary Fund (IMF) is something like a global weather station for the economy, carefully registering even the tiniest of disruptions to the world economic stage. And in the past week, IMF analysts have concluded that a storm is brewing on the horizon.

Its experts carefully register every impulse, and in the past week they've concluded that the forecast is looking increasingly dark. "I see storm clouds building," David Lipton, the IMF's first deputy managing director, recently said in London, adding that the global banking system isn't ready for another downturn. "The work on crisis prevention is incomplete," he said.

The economic outlook is worsening almost by the week. A general consensus among economy experts has emerged that 2019 will be worse for all large national economies than last year. Stock exchanges already began dropping last year, with Germany's blue-chip index DAX losing almost 20 percent of its value in 2018 while the Dow Jones also showed losses.

The risks for the global economy, the eurozone and Germany have increased significantly in recent months. The U.S.'s stricter monetary policy, with the Federal Reserve raising interest rates again shortly before Christmas, is creating a predicament for emerging economies given their considerable debts, especially those in dollars. As interest rates rise, so too does the amount they must earmark for servicing their debts. The trade conflicts incited by U.S. President Donald Trump aren't helping the economic climate either.

In Europe, several crises could flare up simultaneously in 2019 and further burden economic development. It's still unclear if Brexit will take place in an orderly or chaotic fashion, but it will certainly be a burden for the British and European economies, destroying established production structures, requiring costly adaptation measures by companies and fostering consumer uncertainty. Then there's the Italian government's rather adventurous approach to economic policy, which could trigger a new euro crisis.

For the export-oriented German economy, this risk-cocktail is anything but advantageous. Shortly before Christmas, economic think tanks dramatically dialed back some of their predictions for the new year. Instead of about 2 percent growth, most of them are now expecting something closer to 1.5 percent. The Ifo Institute for Economic Research in Munich has the grimmest outlook, predicting only 1.1 percent growth for 2019.

The German government will also significantly lower its 2019 growth expectations in its annual economic report due out at the end of January. It currently looks as though the growth forecast will end up at 1.5 percent at the highest, and perhaps even lower than that. Just a few months ago, in fall 2018, the German Economics Ministry had assumed a growth rate of 1.8 percent for 2019.

Such changes are not uncommon. In late 2017, forecasts were similarly shifted, but in the other direction. Now, though, a downturn would seem to have arrived, and many are wondering if, after nine years of uninterrupted growth, a recession is on the way. Experience shows that every boom comes to an end at some point, but nobody knows when.

"I'm most concerned about Germany," Austrian central bank head Ewald Nowotny recently told the German business daily Handelsblatt, and he noted that most forecasts were assuming a significant decrease in German economic growth. For the first time in years, Germany's economic performance shrank during the third quarter relative to the second quarter, largely the result of a slump in the export industry, with automobile sales leading the way. Volkswagen, Daimler and BMW are having difficulties adapting to new emissions standards and the Rhine River's low water levels have led to delivery problems. Important parts from North Rhine-Westphalia were unable to reach their intended recipients.

It's unclear whether the last quarter in 2018 will show an improvement. "I don't think it unlikely that the economy shrank in the fourth quarter too," said Carsten Brzeski, chief economist at ING Bank. By definition -- two consecutive quarters of negative economic growth -- that would mean that Germany is already in a recession. Should that be the case, most experts believe it would merely be a so-called "technical" recession, in which GDP may shrink numerically, but without consequence, since the economy will immediately bounce back.

That doesn't seem unlikely, given that Germany's growth engine may be idling, but it isn't sputtering. The driving forces remain intact. This year, domestic demand in particular is expected to help the economy to continue growing. "Consumption should increase, because employment will also continue growing in the coming year, and many workers will receive raises," Brzeski predicts.

And companies will also invest more this year. Many of them are producing at nearly full capacity, and, despite the uncertainties, are considering expanding their production. The government is also helping stabilize demand. The beginning of the year marked tax and paycheck deduction decreases worth 15 billion euros. Federal and state authorities also plan on spending more money on public construction projects, streets and railroads.

If the euro's rate against the dollar continues to drop, the economy could even get an additional boost from exports, Germany's traditional growth driver.

If all that comes to pass, an upturn would be the result. But economic experts are excellent when it comes to hindsight. They can explain why there was a financial crisis in 2008, or why the economy collapsed in 1975. They are not, however, at predicting when such economic shocks might arrive.

The Macroeconomic Policy Institute (IMK) within the Hans Böckler Foundation, which is linked to Germany's Confederation of Trade unions, has come up with a kind of early warning system for the economy. Researchers input a variety of data to determine the likelihood of a recession in the coming three months, then present their results in the form of a traffic light. Green represents a boom, red a coming recession.

At the moment, the traffic light is green-yellow, which means an "average-sized upswing in growth," the IMK experts write. The fundamental dynamics of the economy, they argue, remain intact. At the same time, though, they note that economic risks are growing. This is reflected in the odds of a recession as calculated by the IMK. In the past three months, the risk of a recession has almost quadrupled. In October it was approximately 6 percent. In November it was 15 percent. In December, it was over 23 percent.

There is no doubt that the dangers are growing, and that this is happening at one of the worst moments imaginable. The IMF's Lipton is indeed not alone in his worry that governments and central banks aren't sufficiently prepared for a downturn.

Many countries are still dealing with the consequences of the last financial crisis. State debt in France and the United States, for example, is about 100 percent of their GDP. If a new crisis were to take place, the governments of many countries would hardly have the financial elbow room for spending programs or tax rebates.

The situation isn't particularly rosy when it comes to the central banks either. Another long-term consequence of the financial crisis is that many countries still haven't raised their interest rates to levels that used to be considered normal for an economic situation similar to today's. The European Central Bank (ECB) was unable to do so because it would have pushed down an inflation rate that was already well below the bank's 2 percent target. Today, the prime rate remains at zero and ECB President Mario Draghi only envisions raising it in fall 2019 at the earliest.

The ECB is short of other tools as well. Despite the lasting upswing in recent years, the ECB continued flooding the markets with billions in liquidity each month with its bond buying program. Indeed, it was only at the end of December that ECB President Mario Draghi suspended the purchases.

Should the economy begin to slide again, lowering already non-existent interest rates is not an option. Which means that resuming the bond-purchasing program is the only way for the ECB to pump money into the economy as part of a stimulus package, should one become necessary.

The article you are reading originally appeared in German in issue 02/2019 (January 5th, 2019) of DER SPIEGEL.

German Finance Minister Olaf Scholz, of the center-left Social Democrats, has been paying close attention to the ECB's impotence. He and other senior Finance Ministry officials believe that if the ECB does not have its traditional instruments available when the next recession arrives, governments will have to plug the gap.

He has long justified the German government's insistence on balancing the budget and paying down its debt load by saying it is a precaution for more difficult economic times. "In the next downturn," he has said, "we will need wiggle room to take countermeasures."

And Germany does indeed count among the small number of countries that has solidified its state finances to such a degree that it doesn't need to worry much about excessive borrowing during the next recession. This year, Germany's sovereign debt load will fall below the stability pact-mandated level of 60 percent of GDP for the first time since 2002.

Germany's federal and state governments, in other words, are strong enough to withstand the next downturn. The balanced budget would likely be history because of the tax revenue shortfalls and higher social welfare payments that would result. But the Finance Ministry would nevertheless have sufficient spending leeway to stabilize the economy.

The ministry is thus secretly preparing an emergency plan so as to be prepared in advance. The primary focus of the plan is on tax cuts, with favored instruments being more generous write-offs for corporations. In comparison to more complex investment programs, the effects of such cuts are more rapid. If companies are able to quickly write-off acquisitions like machines, facilities or structures, they are more likely to invest in them. And such investments serve to soften or reverse economic downturns.

Finance Ministry officials are planning for additional stimulus to come from cuts to the income tax. That, too, is a move that would benefit most companies in Germany, since for 80 percent of corporations in the country, their corporate tax is paid via the instrument of income tax. Furthermore, the move would mean that workers would have more money left over, leading to higher consumption and an additional stabilizing effect for the German economy. Depending on the severity of the recession, the Finance Ministry is envisioning tax cuts worth between €17 billion and €35 billion.

Scholz and his predecessor Wolfgang Schäuble long rejected tax cuts by arguing that doing so posed the risk of overheating an already solid economy. Economists fear such a development because uncontrolled growth distorts economic structures and make the downturn that follows that much worse.

But with growth slowly falling, that argument no longer applies. Indeed, even if the occasion may not be particularly joyful, it looks as though Germans will finally be getting the tax cuts for which they have been hoping for years. 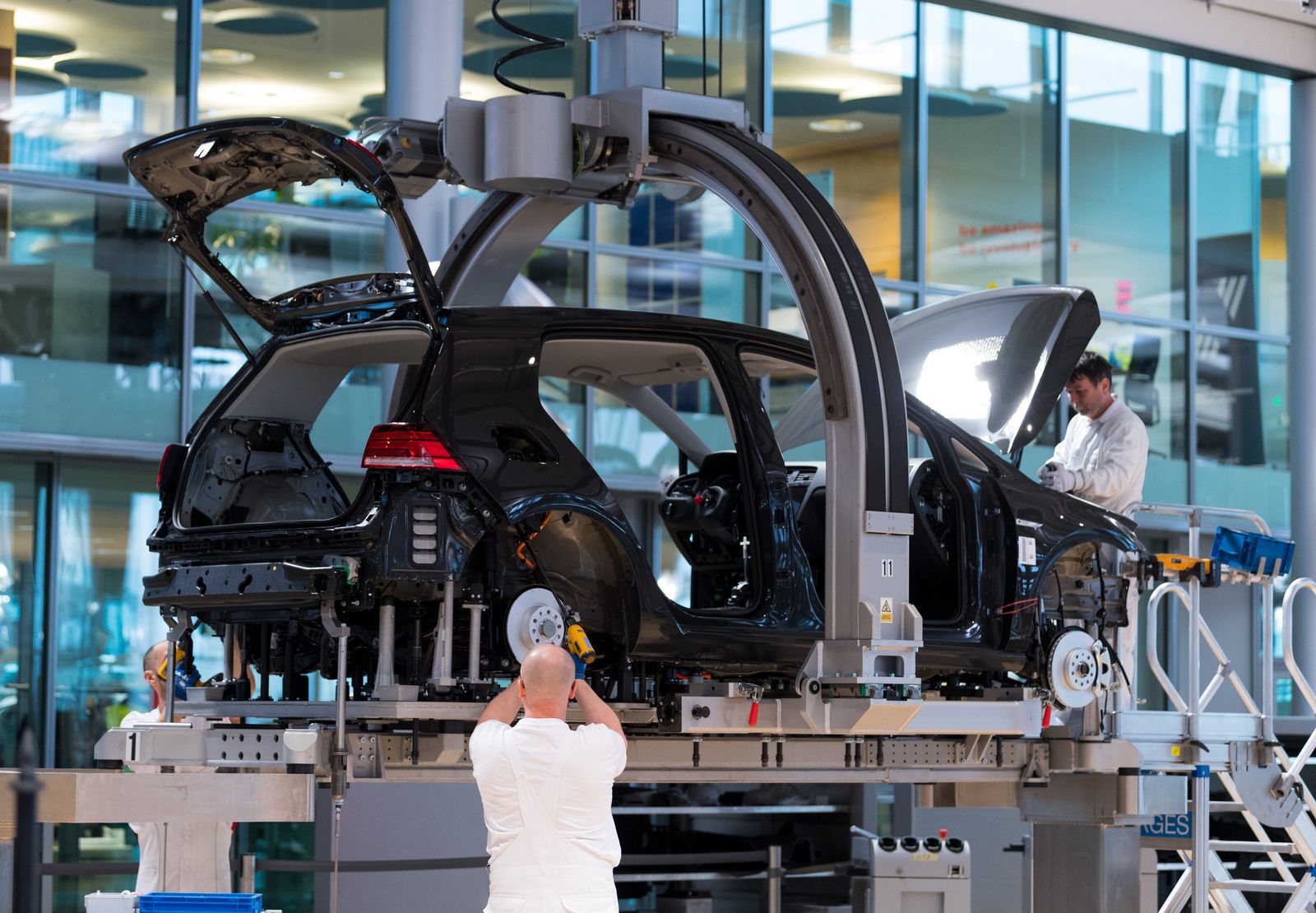 The economic outlook for Germany and other large economies has darkened recently. 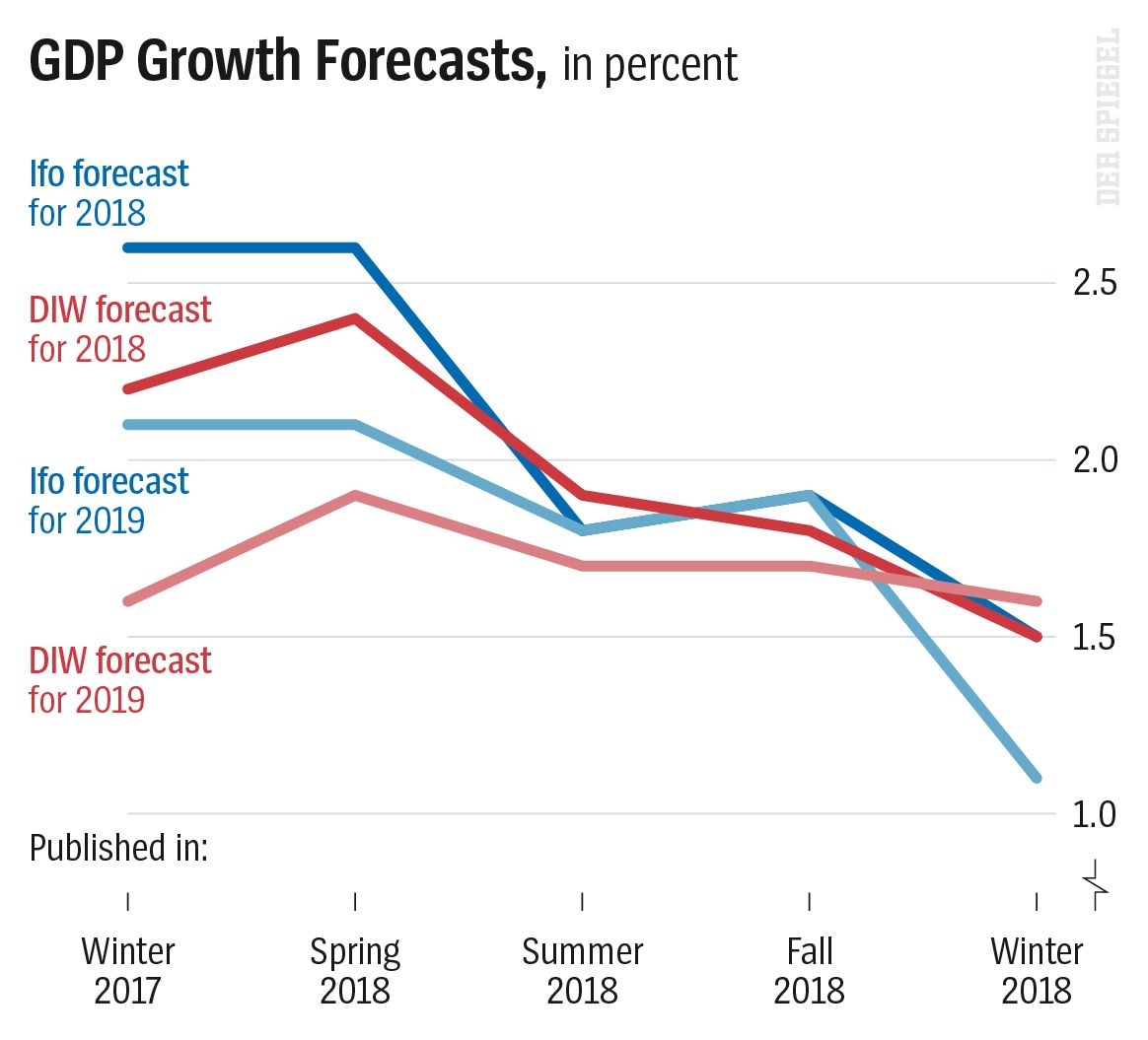 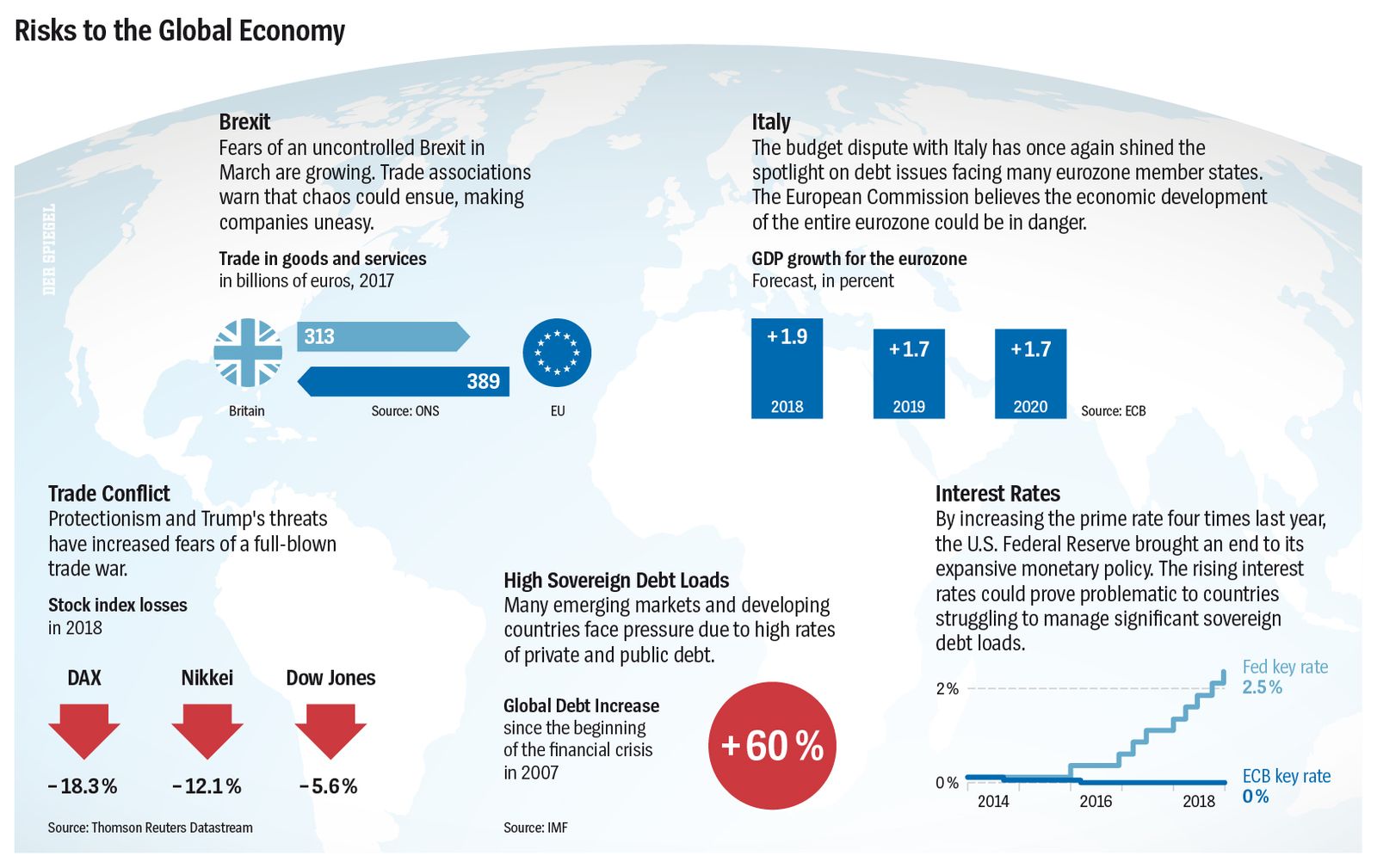