SPIEGEL ONLINE: Mr Kaiser, the Future Atlas 2007 shows clearly: The contrast between boom cities and weak regions is getting starker, especially in Eastern Germany. How much do peoples' living standards vary?

Peter Kaiser: Take by far the stongest region in Germany -- the Munich conurbation -- and Uecker-Randow in Mecklenburg-Western Pomerania: It's similar to the difference between Milan and Sicily. 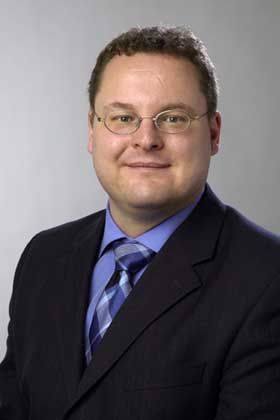 Prognos expert Kaiser: "Munich and Uecker-Randow -- like Milan and Sicily"

SPIEGEL ONLINE: What is going wrong in Germany?

Kaiser: Nothing is going wrong. There are just some regions which are structurally weak and they will stay weak. We have to accept that. Even huge infrastructural investment won't change that fact.

SPIEGEL ONLINE: You are giving up on the structurally weak areas?

Kaiser: No, of course not. You have to make an effort to stabilize their situation. For example, by strengthening companies' competitiveness there. But money for culture or science should really only go to growth regions, that's where it has more impact. The gap between strong and weak regions will, therefore, get even wider -- because strong cities will boom even more, not because weaker regions will do even worse.

SPIEGEL ONLINE: But the new report belies this very theory, that boom regions can carry the weak surrounding areas.

Kaiser: That is not exactly true. Take Munich -- the boom in that city has gradually spread to the surrounding areas so that a very strong region stretching from Nuremburg to Regensburg has developed.

SPIEGEL ONLINE: But the boom cities in Eastern Germany are partially surrounded by the economically bleakest areas in the whole of Germany.

Kaiser: The centers of growth in the former East Germany had much less time to develop. Some do indeed have the capacity to carry the surrounding areas. Of course the conditions are extremely difficult: if only because so many qualified workers migrate to the stronger regions. But looking at the former East Germany, I wouldn't paint such a black picture: The biggest surprise to our researchers was the excellent performance by several Eastern German cities like Potsdam or Dresden. The ten regions which have grown most according to our ranking are located in the former East Germany.

SPIEGEL ONLINE: The big surprise was Greifswald: The city has climbed up 224 places within the past three years. How is that possible?

Kaiser: Greifswald has grown strongly in the areas of medical research and development. For example the Max Planck Institute for Plasma Physics is located there and the city is currently building the most modern university hospital in Germany. Of course, the necessary public spending has gone into developing this city.

SPIEGEL ONLINE: Couldn't that be a potential blueprint for other weak regions? Would it be possible to use public money to build research and development centers in other poorly developed areas?

Kaiser: Greisfwald is home to one of Germany's most prestigious medical universities, with a long history. This is a history and image that can be used. But you can't just put a research faculty in any old place without connecting it with some kind of network. Face-to-face contact between the industry and research centers is still extremely important -- despite all those modern communication technologies. It's not possible to build up trust via video-conference.

SPIEGEL ONLINE: If you had to name the Munich of the former East Germany, which city would that be?

Kaiser: Jena -- even if it isn't on the same scale. But, besides Jenoptik, it is also home to a lot of innovative research: bioanalysis, laser technology. Dresden is certainly also an important engine of growth: foreign chip makers like Advanced Micro Devices (AMD) which are not managed from Germany are particularly well represented there.

SPIEGEL ONLINE: Are the boom cities in Eastern Germany too dependent on single big enterprises like Jenoptik or even AMD?

Kaiser: It would be worse for Wolfsburg if Volkswagen shut down than for Dresden if AMD pulled out. In Dresden only around 10,000 people work in the chip industry -- there are also many research and development service providers in the city. For example, in the area of biotechnology. But few people know that -- which is the crux of the matter. A region's image is very important and if the chip industry were pull out of the area, the blow to its image would be fatal.

SPIEGEL ONLINE: Could an Eastern city overtake Stuttgart or Munich in your report in a few years or decades?

Kaiser: I would think that would be highly unlikely. Upper Bavaria for example is incredibly strong and the local industry is extremely diversified. There is IT, automobile production and biotechnology there. They are just too far ahead.

Interview was conducted by Anne Seith.