The special fascination of ThyssenKrupp's new Type 218SG submarine is not immidiately apparent. It only becomes clear at the sight of the delicate, detailed engineering at its stern. That's where the "air independent propulsion system" is installed, connected directly with a gearless Permasyn motor. Built to glide through the sea almost noiselessly, the submarine is quieter and more durable than any other conventional model.

With fuel-cell drive and lithium-ion batteries, such a submarine can stay deployed at sea for more than 80 days and spend four weeks at a time under the surface.

These are ideal capabilities for a war machine built to function in the depths of seemingly endless waters, over routes that can be navigated without interruption for longer than ever before. It is a design suitable for the largest of all oceans: the Pacific.

At the end of November, Singapore, an authoritarian city-state on the edge of the crisis regions of the West Pacific, ordered the first two Type 218SG submarines to be released by German firm ThyssenKrupp Marine Systems (TKMS). The custom-designed machines are to be delivered to the Singapore Navy by 2020. The deal cost the country €1.6 billion ($2.18 billion), which will go directly into the German economy.

German specialists will offer training for the crew and logistical support as part of the deal, in accord with industry standards. Thanks to German engineering, the Singapore Navy will become the most modern in the region.

An Arms Race in the Pacific

The deal is also a contribution to the arms race for military dominance in the Pacific. To underscore its interests, China has already sent its first aircraft carrier cruising over the South China Sea and presented a stealth jet. Japan and the United States are strengthening their engagement in the West Pacific. Vietnam is arming itself with submarines, frigates and fighter jets. Singapore's neighbor Malaysia is involved in scuffles over islands with the Chinese People's Republic. Even Russia is involved: Last summer they engaged in joint naval exercises with China -- in the Sea of Japan.

The entire region is expected to become one of the world's most important focal points for security policy. The conflicts that play out there relate to fishing areas, island groups and large mineral deposits believed to lie at the bottom of the ocean.

It is a state of affairs that promises big business for the German defense industry. Next to the Gulf region, the Pacific is increasingly becoming one of the few global growth markets for defense firms. According to a 2013 report published by the Swedish research institute SIPRI, three of the worlds five biggest arms importers are West Pacific states: China, South Korea and Singapore. For the German economy, the sale of large submarines is especially lucrative. Each vessel costs €400-800 million, depending on size.

The German government supports the business with benevolence. Each contract is given its own federal export guarantee. In the case of Singapore, the German state guaranteed the value of the submarines. It's a risk that pays off: In the end, the state also profits off global exports through tax revenue. In addition, long-running jobs for the North German HDW shipyard, a subsidiary of ThyssenKrupp, means secure jobs for the otherwise structurally weak region at the Kiel Fjord.

Thus far, when it comes to arms export policy, the government of Chancellor Angela Merkel has been as business-friendly as possible. German security interests have tended to trump the human rights situation in recipient countries. The coalition agreement between Merkel's conservatives and their governing partners, the center-left Social Democratic Party (SPD), also failed to resolve the issue, long a point of contention between the two parties. "An arms race is taking place in the Pacific," said Rolf Mützenich, the SPD's foreign policy point man in parliament. "We must look into this carefully." Human rights, said Mützenich, should have priority over security concerns.

In the case of the submarines, however, everything is still chugging along in the business-friendly direction: The deal was carefully prepared in the summer. On June 3 of last year, Steffen Kampeter, a state secretary in Germany's Finance Ministry, wrote a letter to Petra Merkel, chair of the parliament's Budget Committee for the SPD, approving the government export guarantee.

Kampeter asked that Merkel treat the documents as if they were confidential, because ultimately "the exporter is in direct competition with suppliers from France and Sweden." It was valuable "not to compromise" the "competitive environment." In that, they were successful. 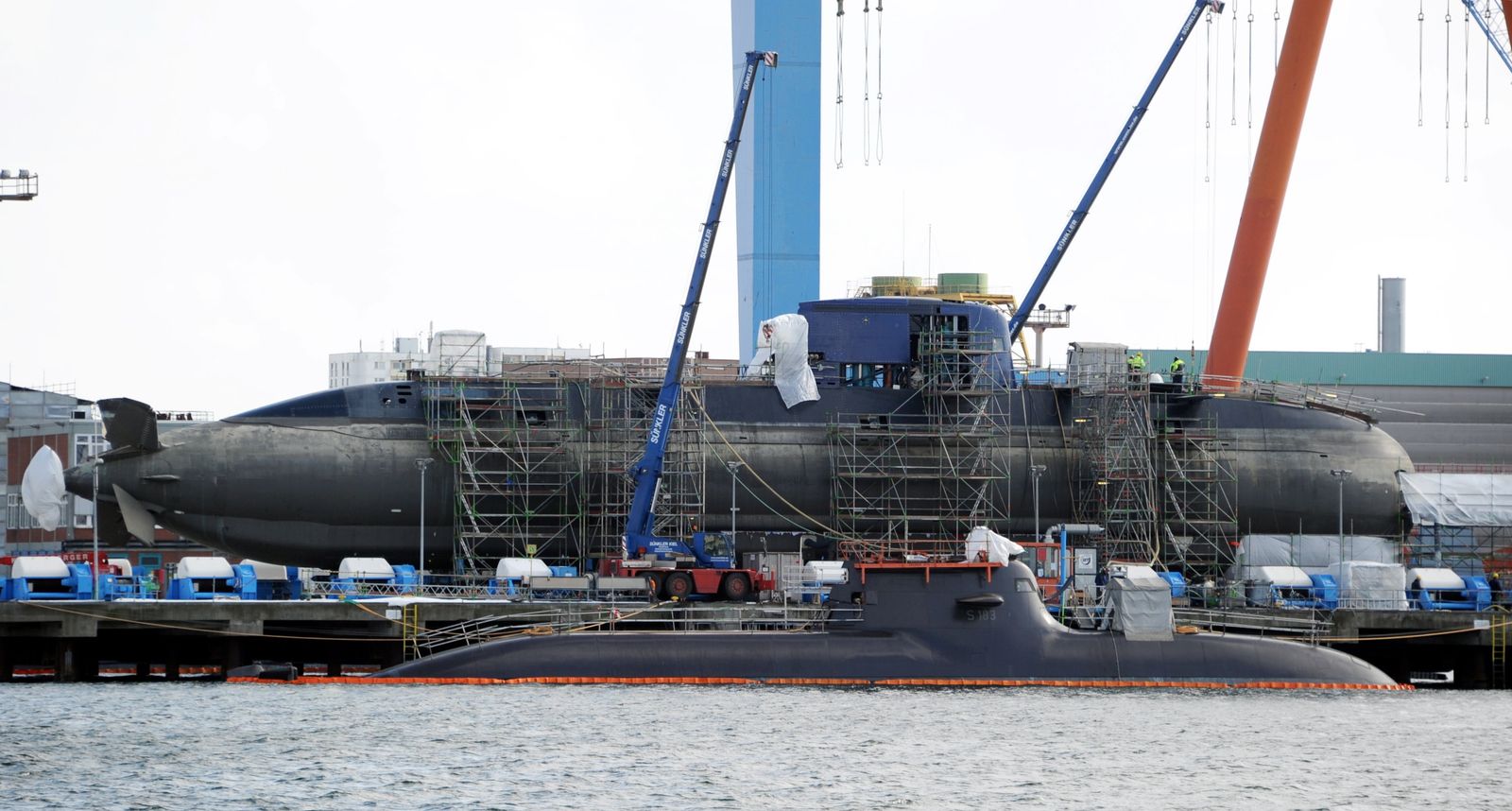 A submarine under construction in Kiel. This particular boat was built for export to Israel but many similar models are heading for Asia.