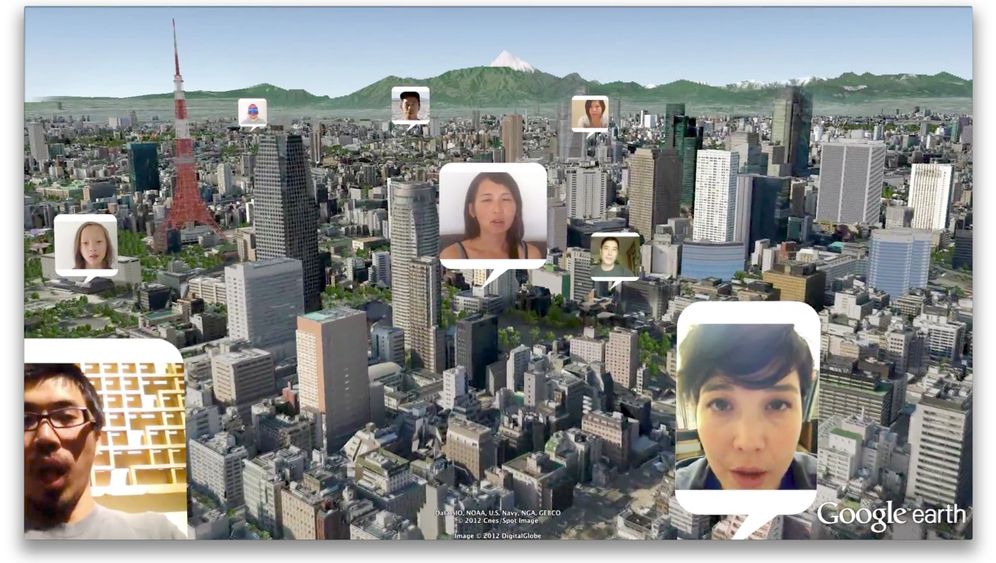 The timing of the debate in the Reichstag was curious, but it fits perfectly with the story of this contentious draft legislation. On Thursday night last week, at around 11 p.m., the German parliament, the Bundestag, debated the Leistungsschutzrecht für Presseverleger, or ancillary copyright law for newspaper and magazine publishers. Only around 40 primarily younger members of parliament sat in the front rows, but the Twitter community was wide awake. At C-base, a prominent Berlin meeting place for computer buffs, activists even organized a public viewing.

At its core, the proposal concerns the headlines and short teaser texts indexed by search engines -- the so-called snippets.

The bill aims to protect copyrights that belong to newspapers and their publishers. When search engines display those snippets "for commercial purposes," the proposed law would allow the publishing houses to charge a fee. Bloggers, clubs, associations and even company press reviews would not be affected by the current draft version of the law.

Until last week, this somewhat arcane issue in copyright law caused little more than a ripple in the public consciousness.

But all that changed on Tuesday. That's when Google declared the skirmish over the info snippet as a major battleground in the big war -- namely the fight for freedom on the Web. Consequently, the roughly 15.6 million users who bombard Google Germany with search queries every day were presented with a link under the usual search mask that led them directly to a campaign website -- where the search engine giant called for resistance: "Defend Your Net." According to Google, the law would "make it significantly more difficult to find the information you are searching for on the Internet." The company called on its users to write to their representatives at the Bundestag to protest this allegedly "unique worldwide" proposed legislation. "Get involved," Google urged, and provided visitors with all the necessary e-mail addresses.

This is the second time within just one week that the worldwide dominating search engine has appealed to its users with a campaign platform.

On Nov. 20, the company launched a similar campaign website focusing on the International Telecommunication Union (ITU), the United Nations agency specialized in information and communication technologies, whose world conference starts today, Monday Dec. 3, in Dubai. As with Germany's draft ancillary copyright law, this campaign also has its own specially-made emotional, short video. And, as with the ancillary copyright law, the company portrays this conference as nothing less than a major threat to the Net: "A free and open world depends on a free and open Internet," as it says on the global campaign website, which also urges visitors to become active.

It is perfectly legitimate for companies in a free market economy to seek to represent and advance their interests. On the other hand, the idea of an ancillary copyright law is nothing new: German newspaper publishers have been demanding for years a share of the advertising revenues that search engines and news aggregators such as Flipboard generate from the automated indexing of their contents. Back in 2009, Hubert Burda, president of the German Association of Magazine Publishers, spoke of a "creeping expropriation" by Google and other search engines.

But Google is no ordinary company: It has long since become a global power with worldwide influence. In the United States alone, Google has earmarked some $13 million (€10 million) for its lobbying in Washington, more than any other IT company. Just last September in Germany, the search engine giant opened a hip new Berlin office and significantly beefed up its team of lobbyists and other staff in the capital. The company's influence on public opinion, along with its ability to launch campaigns, has become unparalleled simply because it extends across all national borders. Likewise, the company is not subject to the press laws and codices that the traditional media have to adhere to in their individual markets.

It is a new type of lobbying power when Google now endeavors to enlist its users in the struggle to defend its own business interests. In the language of the Internet, one could also say that the company is trying to crowdsource its own lobbying efforts. This is a widespread method in the US, where it's known as grassroots lobbying.

In doing so, the company is relying on a trick that Germany's Pirate Party has also used to achieve many of its successes: It merely brands a proposal that it's targeting as a threat to the free, open and uncensored Internet. The tactic behind this move is obvious. Recently in the US and on a European Union level, a number of bills have failed due to resistance from online campaigns. With its current campaign, Google is seeking to use this to its own benefit -- and is openly playing on politicians' widespread fear of a shitstorm.

The vehemence with which Google is pursuing its campaigns is astonishing because it entails considerable risks for the company. The discrepancy between Google's lofty words and its agenda is far too evident: Of course the company is not primarily interested in the freedom of Internet users, but rather in defending its own freedom against any government regulation of its monopoly-like power over the market and public opinion. This raises the question of whether such an approach does more harm than good to its own interests.

Google is not alone in its criticism of the ancillary copyright law. The company has already helped finance the Initiative Against Ancillary Copyright (IGEL), which is supported by many prominent bloggers. Only shortly before the bill was read in the Bundestag, 16 copyright law professors associated with the Max Planck Institute for Intellectual Property and Competition Law sent a letter to lawmakers in which they argued that the planned copyright law was "not well thought out." Even the youth organizations of all parties, with the exception of the far-left Left Party, voiced their opposition in a rare show of unanimity on Thursday. These critics argue that since it's technically possible for the publishing houses to block access by Google and other aggregators, there is no gap that needs to be legally closed.

Indeed, Google didn't even have to resort to all the truth-bending on its campaign website. For instance, about the only thing that is -- to quote the Google site -- "unique worldwide" about the proposal in Germany is that it has reached the stage of a concrete legislative bill. The issue is clearly international. Only a few weeks ago, in late October, French President François Hollande told Google Executive Chairman Eric Schmidt that his government intended to introduce a law modeled on the German legislation -- and similar demands are being made by Switzerland, Austria and Italy. In Belgium courts have already ruled in favor of publishing houses. Google reacted in some cases by temporarily removing newspapers from the search results. A boycott in Brazil went the other direction when 150 newspapers blocked their content so it could no longer be shown in Google News.

Google told SPIEGEL last week that it rates the latest campaign as a success. The company points out that the issue is now being widely debated, adding that by Friday some 750,000 users had visited the campaign website, and 40,000 had registered "and thus documented their opposition."

But when asked if they had heard from their constituents, politicians from a range of parliamentary groups said that they had received only very few e-mails. Even politicians who specialize in Internet-related issues, such as Peter Tauber of the conservative Christian Democratic Union (CDU) and Lars Klingbeil of the center-left Social Democrats (SPD), said that they had received less than 10 letters by Friday - and these two were among the leading recipients of feedback.

It is questionable whether the company has achieved its objective with the campaigns. In fact, the online initiatives could prove to be counterproductive.

Backlash in the Cabinet

In any case, the campaign was not well received by members of German Chancellor Angela Merkel's cabinet. Economics Minister Philipp Rösler of the business-friendly Free Democratic Party (FDP) said that the government would not allow itself to be put under pressure by Google. Justice Minister Sabine Leutheusser-Schnarrenberger pointed out that there are other search engines -- a quip that some observers quickly interpreted as a call to boycott Google.

The chairman of the conservative parliamentary youth group, Marco Wanderwitz, canceled a previously scheduled meeting with Google representatives last week. "The campaign has done Google more damage than good in the public eye," according to Wanderwitz. A ministry official involved in the issue said it was a "classic example of shooting oneself in the foot." He added that, in the wake of the global offensive, the government parliamentary groups had no choice but to pass the law -- if nothing else to avoid giving the impression that they had caved in under pressure from the Internet giant.

The global campaign against the conference in Dubai is also prompting strong negative reactions. Starting on Monday, the event will focus on a number of issues, including the demand by Russia, China and a number of emerging nations to transfer the task of administering the Internet to the UN special organization ITU. Until now, this has been handled by a US-based non-governmental organization called the Internet Corporation for Assigned Names and Numbers (ICANN). Already in the run- up to the conference, it was clear that probably everything will remain as it is -- but that didn't stop Google from painting a grim scenario of limited freedom of expression and increased censorship.

Alexander Ntoko, who heads corporate strategy at ITU, says this is "propaganda." "Google is directly attacking the ITU," says Ntoko. "Why is the company so upset? Only because it's concerned about maintaining its business model."