Who's responsible for the mountain of user-generated content uploaded onto the Internet every day? That's the crucial question being asked at a trial set to begin on Feb. 18 in Milan, Italy, involving four Google executives. 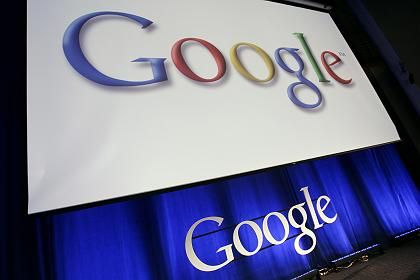 Google executives are facing criminal charges of defamation and privacy infringement over an allegedly offensive video posted in 2006 to a Google video site.

The men -- including the search giant's chief legal officer, David Drummond -- face criminal charges of defamation and privacy infringement over an allegedly offensive video posted in 2006 to a Google video site. If convicted, they could spend up to 36 months in jail. Google denies the accusations and is defending the executives.

Beyond the plight of the Google managers, the case raises troubling questions about the liability of Internet companies such as social networking site Facebook and Google's YouTube video subsidiary for content put on their sites by outsiders. Until now, such companies were widely assumed not to be responsible for third-party content -- nor were search engines and portals such as Google and Yahoo! held responsible for material found through their search tools.

But in the Milan case, Italian prosecutor Francesco Cajani disagrees, arguing the companies are accountable for all content online, even if they are unaware it's there. And by accusing specific Google execs, not the company itself, the lawsuit marks the first time individuals have been held criminally responsible for alleged violations by a company of data protection statutes.

"The response to this case has been surprise and shock," says Trevor Hughes, executive director of the International Association of Privacy Professionals, which isn't involved in the trial but is watching it closely.

The Italian case, which was delayed from an expected Feb. 3 start, relates to a three-minute movie uploaded to Google Video's Italian site in 2006. In the video, four teenagers from the Northern city of Turin are seen teasing a boy with Down syndrome. After Google received two complaints about the content, the company says it removed the clip within 24 hours. But Italian officials, who didn't return calls for this article, argue the video should never have been allowed to be uploaded in the first place.

Google concedes the content caused offense. In a statement the company says: "As we have repeatedly made clear, our hearts go out to the victim and his family. We are pleased that as a result of our cooperation the bullies in the video have been identified and punished."

The controversy is whether the Internet giant is legally accountable for all the content on its video sites. Under U.S. and European law, Internet service providers such as AOL aren't usually liable in such situations because they're not the owners or originators of the data. Rather, they're defined as conduits -- merely passing along information, hosting it without adding editorial value, or caching it (e.g., maintaining a duplicate copy).

"If they don't have knowledge of the offensive material and don't edit the posts, then ISPs are protected," says Louise Prince, solicitor for London-based media law firm Harbottle & Lewis.

But the telecommunications regulations on which such protections are based were written years before the recent explosion of user-generated content. Now there's a growing legal gray area around the likes of Google -- specifically, whether it's more like an ISP or a traditional content provider liable for the material it distributes.

If Google falls into the second category, which includes media outlets such as newspapers and magazines, then the search giant may be subject to prosecution under Italian law -- as well as in other jurisdictions worldwide -- for data protection violations linked to user-generated content.

"I don't see substantial differences among EU and Italian legislation currently in force [about these issues]," says Rocco Panetta, a partner at Italian boutique law firm Studio Legale Panetta and formerly an official at the Italian Data Protection Authority.

The Italian case isn't the first time Google has faced accusations that it's more of an Internet content provider than service provider. In 2006, a Belgian publishing group called Copiepress successfully sued Google for excerpting copyrighted headlines in its Google News service. The next year media conglomerate Viacom sued Google for $1 billion for "massive intentional copyright infringement" related to pirated content uploaded to YouTube. The case is still pending. And French fashion retailer Louis Vuitton won a lawsuit against the search giant in France last year for trademark infringement linked to Google's AdWords advertising system. Google has appealed that case to the European Court of Justice in Luxembourg.

"The Viacom lawsuit and now this Italian case certainly could be precedent-setting," says an intellectual-property lawyer who declined to be quoted.

What's also unusual about the Italian case is that the charges relate to Google executives and not the company. Google declined to comment, but media reports say the four managers on trial are Drummond; Google's former chief financial officer, George Reyes; its global privacy counsel, Peter Fleischer; and Arvind Desikan, who is responsible for Google Video in Europe. None of the accused men apparently is in Italy now, but the case can proceed without their presence, sources say.

It's not clear why the Italian prosecutor singled out the four executives because none was directly involved with the offensive video. The IAPP's Hughes reckons it will be difficult to prove intent without evidence linking the men to the case. "There's no smoking gun," he says. "Prosecutors must prove they [the execs] had knowledge of the video, which they didn't."

Yet the mere fact that Google employees face criminal charges, adds Hughes, marks a warning shot for other companies' executives and their liabilities toward privacy violations. Most data protection lawsuits are brought against corporations, but there are laws on the books -- particularly in Europe -- that hold individuals criminally liable. "There's a sense of complacency that criminal sanctions will never be used," Hughes says. "This case might make people think twice."