The figures currently emerging about the distortions the coronavirus is creating for the German labor market are bit like those for the disease itself: There’s a delay before they indicate the actual extent of the plight. A look at the just released employment figures for March are thus a look back in time, given the rapid speed of change in recent weeks.

Figures released by the Federal Employment Agency (BA) on Tuesday extend back exactly 19 days, to a much better world - one of declining unemployment, masses of job vacancies and very few people on the government’s Kurzarbeit, or short-time work, subsidy program. That was the better world outlined in the data for the German labor market on March 12, the deadline by which data from employment agencies across the country must be filed to be included in the March labor market report.

Less than three weeks later, the German labor market is experiencing unprecedented tumult. The massive restrictions on public life imposed since March 16, the collapse of export markets due to the nearly global lockdowns and the interrupted industrial supply chains have had massive consequences for workers – and there will surely be more. But how dire is the situation now and how much worse will it get?

Given the unprecedented nature of this crisis, there have been few forecasts thus far, and they have been rather cautious. But the general thrust is the same: the number of unemployed and the numbe of those on the rolls of the government’s Kurzarbeit subsidy are expected to grow significantly in the coming weeks and months. Once economic activity picks up again, those numbers could then quickly drop again.

Worse than any Previous Recession

But one thing is already certain: The current shock to the labor market has - on the short term, at least - exceeded anything ever seen during a recession in Germany.

Few figures make this any clearer than the data released by German Labor Minister Hubertus Heil and BA chief Detlef Scheele on Tuesday afternoon, when they announced there have been 470,000 applications submitted for the government’s short-time work program as of March 27. They said the final figure for March could be 500,000.

The Kurzarbeit program allows companies to send workers home or sharply reduce their hours, with the government providing up to 60-percent of their previous salary.

Depending on the company that applied, it could be as few as one person, but in other cases, it could be hundreds and perhaps even thousands of employees. BA head Scheele didn’t provide information about the exact number of employed workers who have been affected.

It’s expected that there will be even more applications for Kurzarbeit than during the financial crisis and recession in 2009, when the program was first introduced. During the peak of that crisis, just under 1.5 million workers in Germany were sent on short-time work. In July 2019, the number of companies that had employees on Kurzarbeit reached its peak at 61,427. Even in the crisis year 2009, there was a monthly record of 23,000 applications for Kurzarbeit. So how many are expected to go on the benefit this time around?

That’s still not clear,  but the high number of applications at least suggest that fears of massive numbers could be justified. Some estimates, including one based on Google searches for "Kurzarbeit” and related terms, are putting the figure as high as 12 million.

But the German Council of Economic Experts, which advises the government, has played down the Google estimate. In a recently released special report on the corona crisis, the council stated only that it is possible the figure will be higher than the previous record set in 2009.

A Glimmer of Hope

A further difference from 2009 that provides one glimmer of hope is that the number of people on short-time work may not be dramatically higher than the number of applications. In 2009, it was largely industrial companies that took advantage of the Kurzarbeit program, with other sectors of the economy making significantly less use of it. Industrial companies on average have considerably more employees than small retailers, restaurants or travel agencies. This time around, the crisis is affecting almost the entire economy, including industry to a considerable extent, as a survey from the economic think tank Ifo Institute shows, but so far considerably less than in 2009. Back then, more than half of Germany’s industrial companies registered for short-time work. This time, only around a quarter of industrial companies are expecting to have to take that step in the next three months.

Still, Peter Weiss, the labor market expert for conservatives in German parliament, is calculating up to 4 million people on short-time work. As such, the forecast issued by the Institute for Employment Research, the research arm of the Federal Employment Agency, may be overly optimistic. IAB is forecasting an average of 645,000 people on short-time work for the entire year of 2020. If the economy were to quickly normalize again after the shutdown, that might be possible, although such a scenario seems extremely unlikely.

And what’s happening with the overall unemployment situation? Here, too, Scheele expressed relative optimism despite, or perhaps because of, the large number of Kurzarbeit applications. The BA head said the number of unemployed could rise by 150,000 to 200,000. It appears the Kurzarbeit program is preventing many more layoffs. The IAB’s calculations only show German unemployment reaching the record 3-million back in 2009 if the shutdown lasts for 10 weeks instead of six.

The actual impact the coronavirus has had on short-term work and layoffs or new positions not being filled won’t be clear until the end of April when the next figures are released. 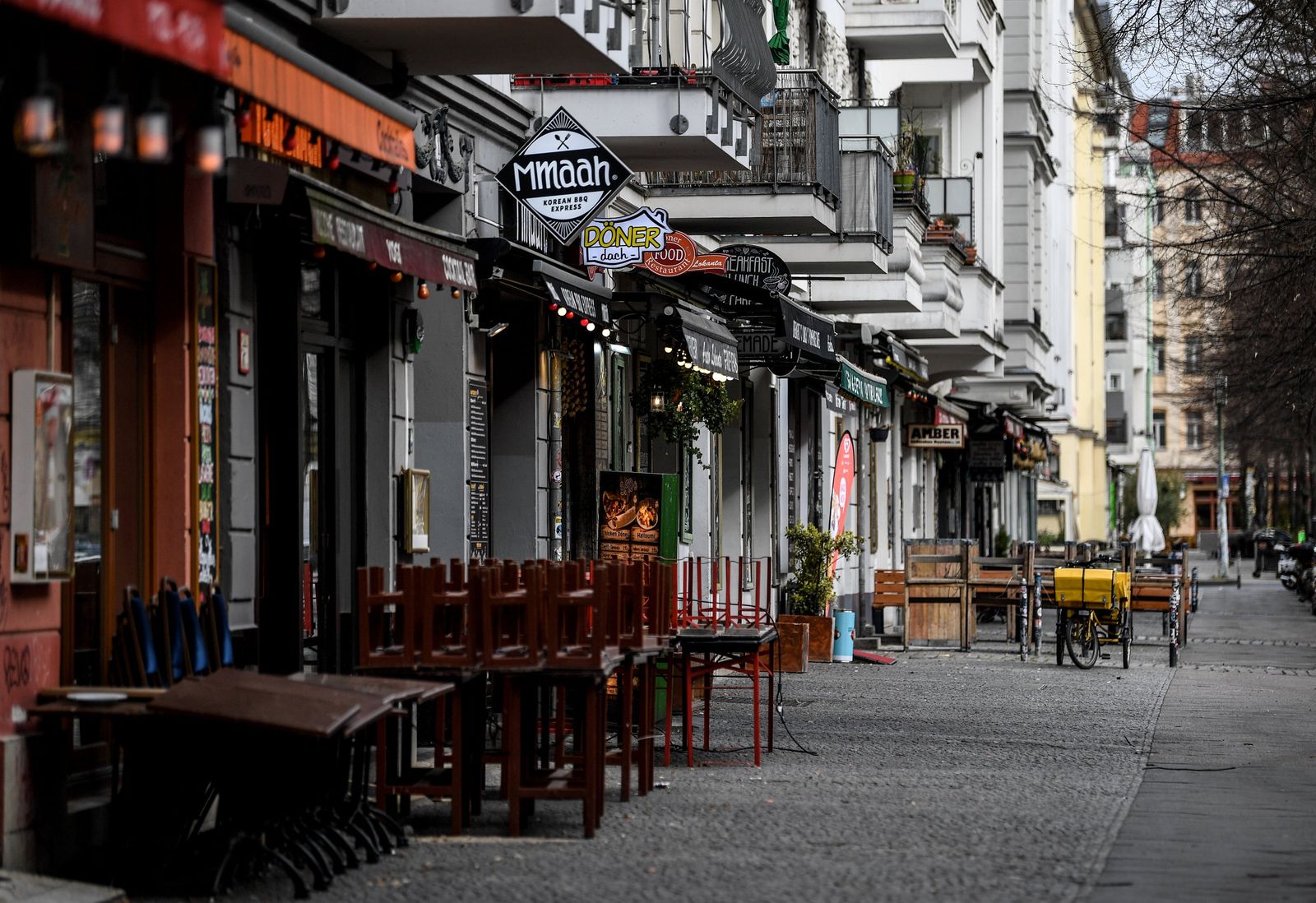