Heat-resistant adhesives are permitting new forms of construction. Scientists at the Fraunhofer Institute for Wood Research in Braunschweig, northern Germany, have developed a way to harden adhesives that will permit construction work to continue on the Metropol Parasol in Seville, Spain, a planned group of mushroom-shaped buildings by Berlin architect J Mayer H to be be erected as an attraction in the city's Plaza de la Encarnacion square.

Load-bearing elements are to be attached to each other with adhesives rather than with screws, but the adhesive intended for the task only worked up to temperatures of 60 degrees Celsius, which caused concern that the structures might come apart in the searing heat of the Spanish sun.

The Braunschweig-based researchers have suggested making the adhesive more heat-resistant through a process known as "tempering".

"Once the construction components have been glued together they are reheated - and that leads to a hardening reaction," says construction technology expert Dirk Kruse. The researchers believe that will enable the glue to retain its adhesive power up to 70 degrees. "It will help to increase the use of adhesive technology in construction," says Kruse. 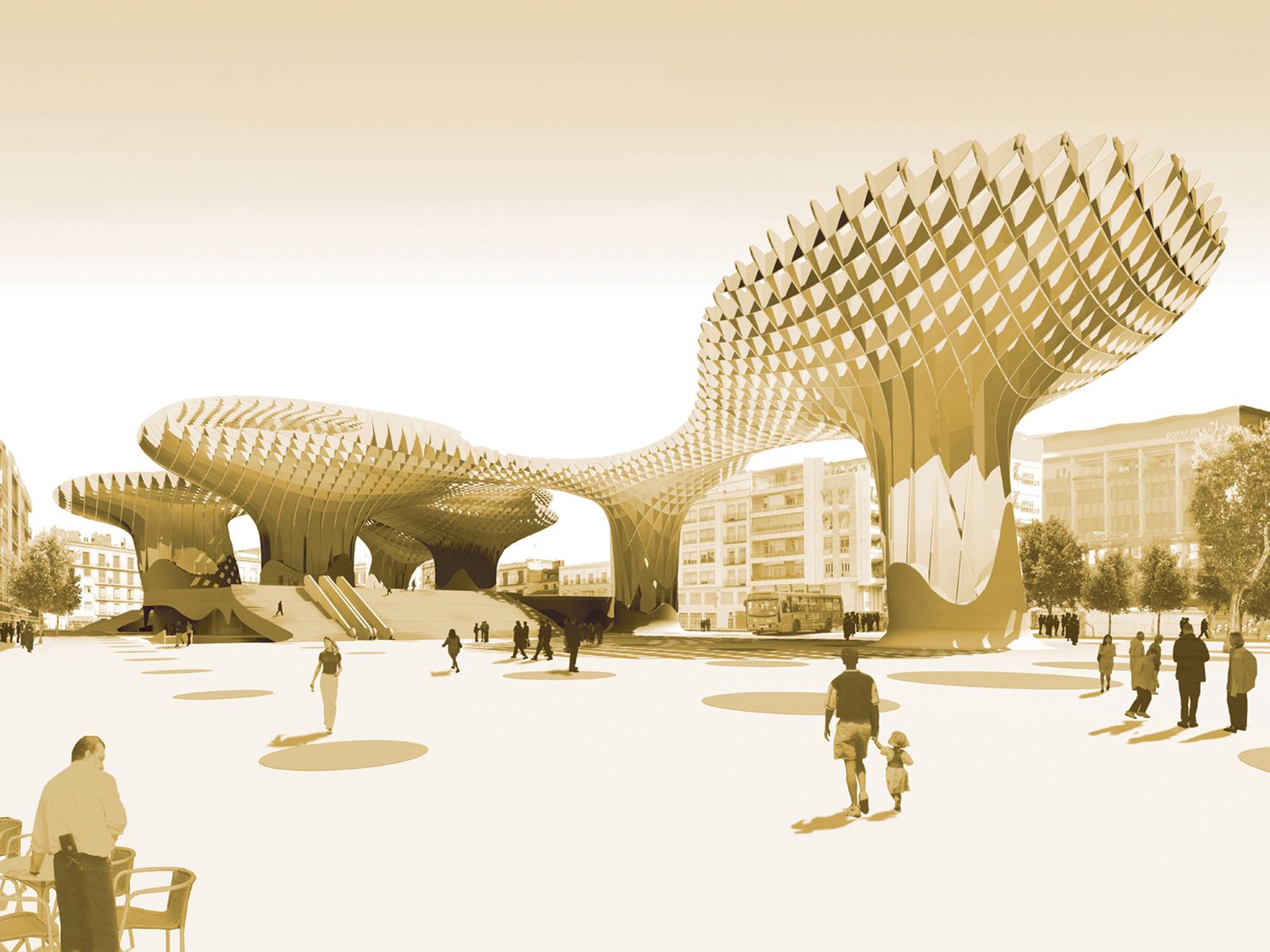 A model of the planned "Metropol Parasol" in Seville, which being built with components that are glued together.