A broad front in opposition to the deal has developed over the last several days. More than 100 renowned China experts, researchers and human-rights activists across the globe are calling for a suspension of the EU-China Comprehensive Agreement on Investment (CAI). At least for now.

"Despite evidence of ethnic cleansing, forced labor, and other gross human rights violations, the leadership of the European institutions have chosen to sign an agreement which exacts no meaningful commitments from the Chinese government to guarantee an end to crimes against humanity or slavery," reads the open letter to EU institutions, which was provided to DER SPIEGEL prior to publication.

On Dec. 30, European Commission President Ursula von der Leyen announced the successful conclusion of seven years of negotiations with China. "Today's agreement is an important landmark in our relationship with China and for our values-based trade agenda," von der Leyen said.

The agreement is to improve access to the Chinese market for European companies and ensure fair competition. The agreement has not yet entered into force and must still be ratified by the European Parliament. The signatories to the open letter are eager to prevent ratification.

More on China
The Dawn of the Dragon: How Xi Jinping Has Transformed China By Bernhard Zand

The deal is "based on a naïve set of assumptions about the character of the Chinese Communist Party," the letter reads, and "entrenches Europe's existing strategic dependency on China and runs counter to Europe's core values." Even the current degree of dependency, the authors write, is "alarming." They argue that Chinese state-owned companies took advantage of the period following the 2008 financial crisis "to buy substantial stakes in key European infrastructure."

Arguments presented by supporters of the investment deal, who say that China was forced to make significant concessions on labor rights during the negotiations, are rejected out of hand by the authors of the open letter. The concessions are "so vague as to be essentially useless," they write.

"Furthermore, it is delusional to imagine that China will keep promises on these issues of investment and trade when it has broken its promises so regularly in recent years," the letter reads. As examples, the authors cite the suppression of the pro-democracy movement in Hong Kong, forced labor camps for the Muslim Uighur minority, the most recent sanctions Beijing has imposed on Australia and sabre rattling in the direction of Taiwan.

Among the signatories are researchers from the London School of Economics and from Princeton University in addition to Dolkun Isa, president of the World Uyghur Congress, who lives in Germany. Former Italian Foreign Minister Giulio Terzi di Sant'Agata and Harriet Evans, a professor at the University of Westminster and an expert in gender and human rights issues in China, have also joined the effort.

The signatories are calling on the European Union "to immediately withdraw from the China-European Union Comprehensive Agreement on Investment" and to place any further negotiations on hold until "substantial and verifiable" progress has been made on the human rights situation in the country.

Andreas Fulda, one of the initiators of the letter and a senior fellow with the Asia Research Institute at the University of Nottingham, says: "The European Commission is acting as though it is possible to separate politics and the economy, which in the case of China is impossible."

China expert Mareike Ohlberg, a senior fellow with the Asia Program of the German Marshall Fund, likewise accuses Brussels of ingenuousness. "They are trying to sell the agreement as a success. It has thus become apparent that there is a lack of understanding about China's reliability as a treaty partner."

Jakub Janda, director of the European Values Center in Prague, believes Europe's sovereignty is in danger and is also critical of Germany's role in the negotiations. "Germany pushed for the agreement within the EU, thus prioritizing the egotistical greed of certain companies above Europe's geopolitical security."

The European Commission believes that the treaty will be completed by the beginning of 2022. The precise text is to be made public soon. 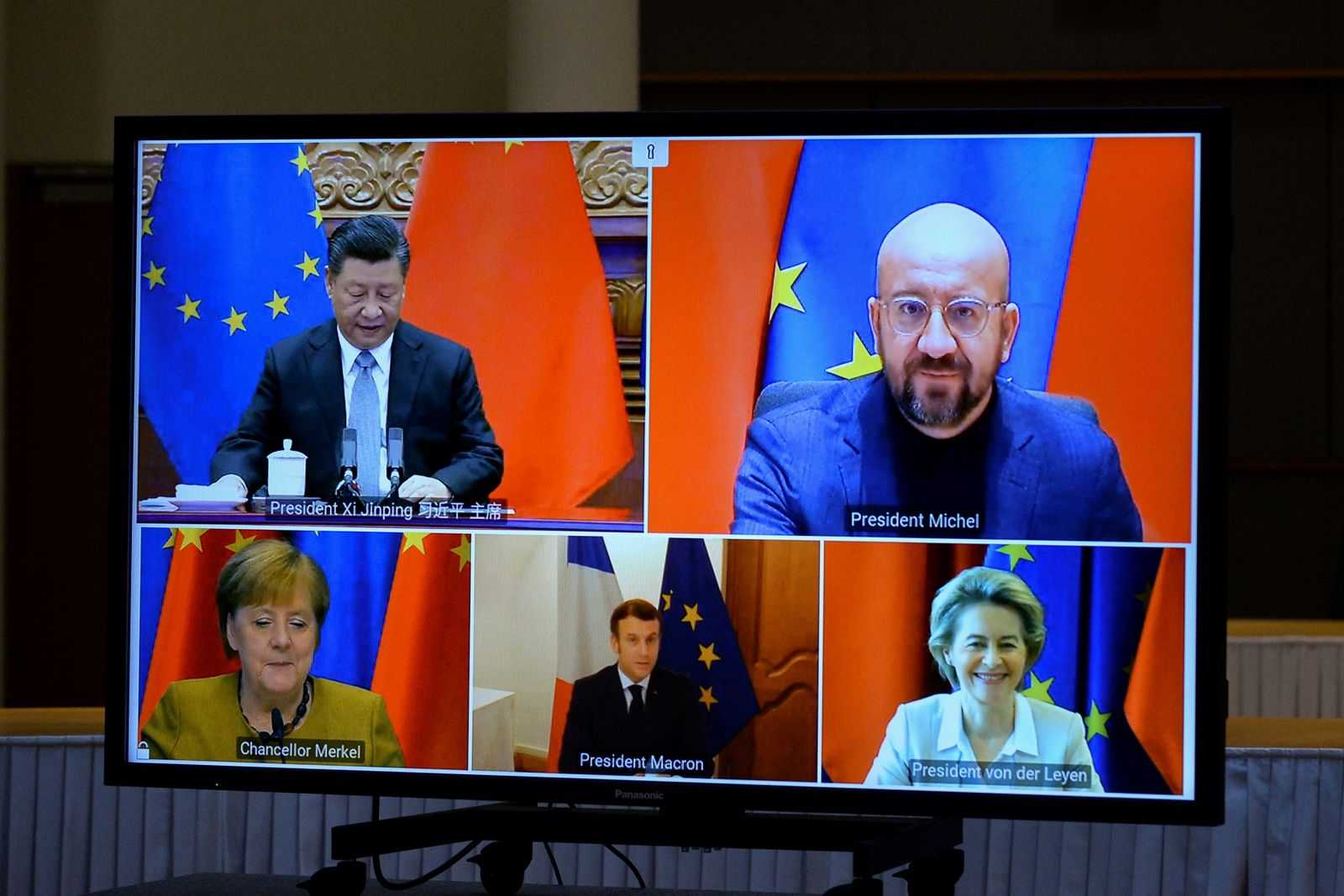