In 1972, Helmut Schmidt, then Germany's minister for both economics and finance, declared at an election campaign appearance that "5 percent inflation is easier to bear than 5 percent unemployment." When Schmidt became chancellor of West Germany just two years later, he got both. Inflation soared to 4.9 percent, while unemployment reached 7 percent, its highest level since the end of World War II.

History seems to be repeating itself. A few days ago, a renowned economist again addressed the world and promoted an increase in inflation as being in the supposed interest of the common good. Olivier Blanchard, chief economist at the International Monetary Fund (IMF), declared that the Western world should give up its goal of limiting currency devaluation to 2 percent -- and accept an inflation rate twice as high.

The statements were published in a staff paper co-authored by Blanchard and IMF economists Giovanni Dell'Ariccia and Paolo Mauro. The paper calls into question nearly everything the majority of economists currently hold sacred.

The currently accepted doctrine holds that national debt is bad. Not necessarily, the paper says -- short-term deficits can also prove to be a remedy. Common belief sees annual currency devaluation of 2 percent as a worthy goal. Four percent would also be fine, the three authors declare. Blanchard argues this would create "hardly any additional costs."

Blanchard also takes issue with the widely-held belief that governments shouldn't meddle with the economy, aside from intervening indirectly via the raising and lowering interest rates. He sees this thinking as being too narrow-minded and believes governments should also be allowed to buy up stocks, government bonds and even privately owned buildings. Intervention in individual markets is also necessary, Blanchard says.

The IMF's chief economist is not only breaking with prevailing doctrine, he is also portraying the debt policy currently practiced by the US government and Federal Reserve as a desired norm. The Fed has also started buying its own government's bonds for want of sufficient buyers.

Using this strategy to combat the financial crisis is an expensive proposition. The Fed has pumped a total of around $1.5 trillion (€1.1 trillion) into the financial market -- an amount nearly double all private savings in Germany. The results are rising housing prices and a growth rate optimists are taking as evidence that the crisis has passed. "From a technical perspective the recession is very likely over," Federal Reserve Chairman Ben Bernanke declared at the beginning of the year.

Blanchard's boss Dominique Strauss-Kahn, managing director of the IMF and a member of France's Socialist Party, compares the government's role to that of a fire department: "We could all see that the house was in flames. So we sprayed a lot of water on it." Strauss-Kahn adds that he prefers a wet house to a burned down one.

If Blanchard and Strauss-Kahn have their way, the fire hoses will remain hooked to the hydrants. Both men reject the early exit strategy called for by the European Central Bank and many financial experts.

The German Federal Finance Ministry is irked by the two Frenchmen. Blanchard's controversial paper -- which many suspect Strauss-Kahn of contributing to -- wasn't presented to the IMF's executive board for discussion. Stephan von Stenglin, Germany's alternate executive director on the board, says "the philosophy behind this paper is that everything is feasible."

Stenglin believes the paper's authors are forgetting that there's no "free lunch." The costs of accepting higher inflation haven't been thoroughly analyzed, he points out, adding: "A policy of currency devaluation could lay the foundation for an even larger crisis."

Rumblings of discontent are growing within the Fed as well. Thomas Hoenig, president of the Federal Reserve Bank of Kansas City, immediately rejected Blanchard's approach. The Federal Reserve also raised its interest rates last week for the first time since the financial crisis began. The move is considered the first signal that the Fed won't accept any new price bubbles.

'End Up Marrying It'

Once inflation is set in motion, it can be difficult to control, warns John Taylor at Stanford University. "Why 4 percent, why not jump right to 5 or 6 percent?" he asks bitingly.

Jean-Claude Trichet, president of the European Central Bank, and Axel Weber, president of the German Federal Bank, have long opposed such an approach. Even raising the inflation target just 1 percent "would bring a serious increase in all market interest rates," Trichet warned a European Parliament commission in the fall of 2008. Expected inflation would increase drastically, he said, and it would mean "the worst possible position for us."

"If you flirt with inflation," quipped former German Federal Bank President Otmar Emminger, "you end up marrying it." 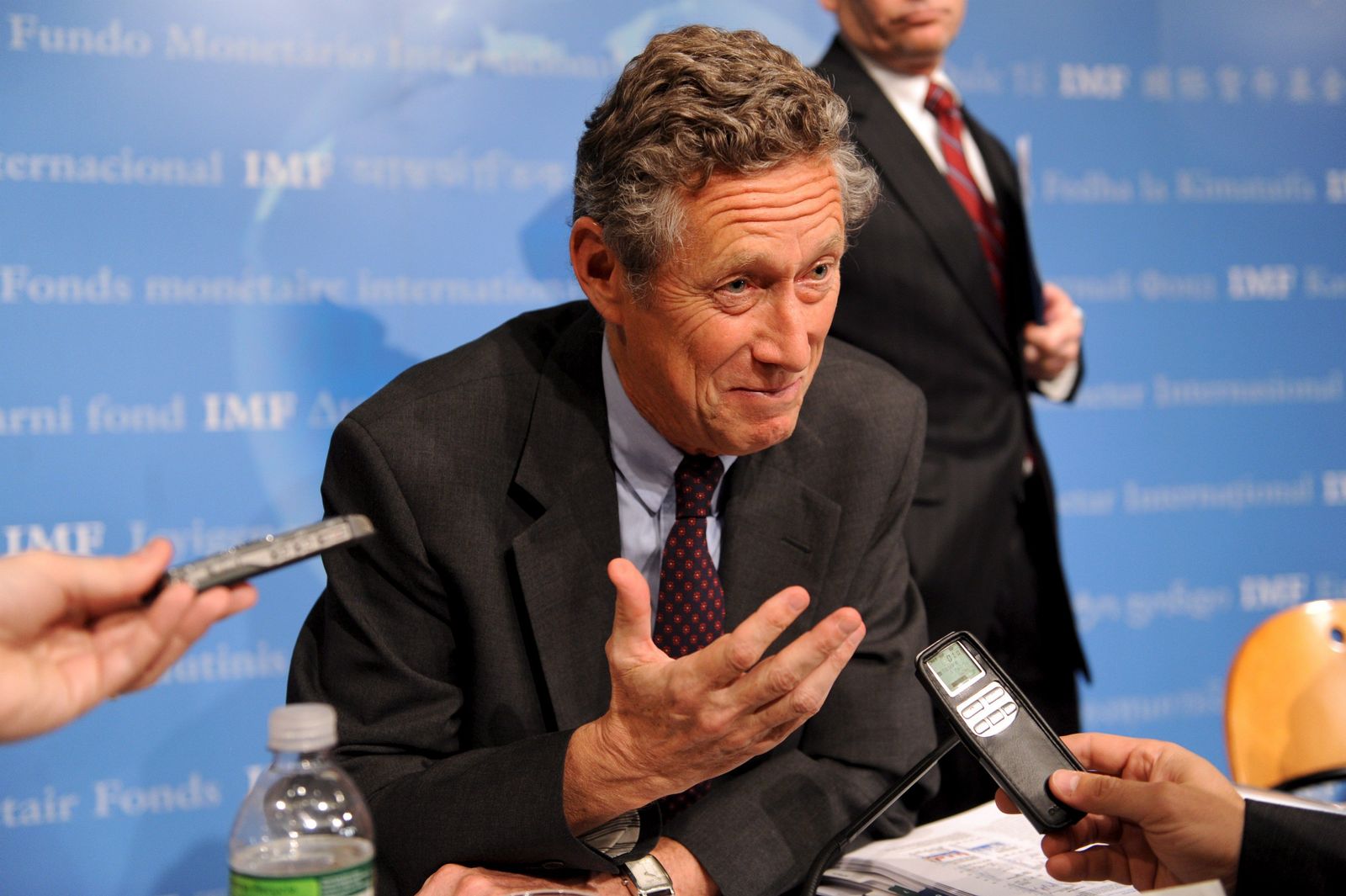 Olivier Blanchard, chief economist at the International Monetary Fund, says a bit more inflation may not be such a bad thing.