It is being described as a day of reckoning for Ireland. On Tuesday, European Union finance ministers are gathering in Brussels for their regular monthly meeting -- and the first item on the agenda is sure to be the state of Dublin's finances.

As worries over the country's debt have spread in the past week, the country has come under increasing pressure from the European Central Bank and other countries belonging to the European common currency zone to apply for aid from the €750 billion fund established earlier this year to prop up the euro. Ireland, however, continues to insist that, for the moment, no help is needed.

"I would hope after the (EU finance ministers' meeting) this afternoon and tomorrow there would be more logic introduced into this," Dick Roche, Ireland's European affairs minister, reiterated to BBC Radio on Tuesday morning. "There is no reason why we should trigger an IMF or an EU-type bailout."

Roche did say that Irish banks did face serious liquidity problems. But, he added, "I don't think the appropriate response to that would be for the European finance ministers to panic."

British and German banks are certain to be watching the developments in Brussels closely. According to data provided by Germany's largest financial institutions in the summer as part of the Europe-wide banking stress tests, they hold some $138 billion in Irish debt, with Hypo Real Estate, the crippled German lender, leading the way with a portfolio worth €10.3 billion, according to a report in the German daily Frankfurter Allgemeine Zeitung on Tuesday. British banks have total holdings of Irish debt worth $150 billion.

Ireland has repeatedly insisted that it will have no trouble covering expenditures through next April at least. But the country has, for the moment, ceased selling sovereign bonds given the extremely high -- and rising -- interest rates it would have to pay on those bonds. And there is growing concern that the increased focus on Ireland will lead to a crisis in other countries as well, primarily in Portugal and Spain.

On Monday, Bank of Spain Governor Miguel Angel Fernandez Ordonez made a plea to Dublin that it take action to calm investors' nerves. "It's not up to me to make a decision on Ireland," he said according to Reuters. "It's Ireland that should take the decision at the right moment." Portuguese Finance Minister Fernando Teixeira told the Financial Times on Monday that his country might have to seek help because the return of European debt worries has meant renewed attention on his own country's stretched finances.

Several media reports have indicated that Ireland has already entered into negotiations on a bailout deal should one become necessary. Citing EU sources, Reuters has reported that an amount between €45 billion and €90 billion ($63-123 billion) is under discussion, with the ultimate amount dependent on how much help Irish banks might need.

Both Ireland and Greece have accused German Chancellor Angela Merkel of having triggered the most recent manifestation of Europe's ongoing debt crisis. Merkel and French President Nicolas Sarkozy agreed in late October to a mechanism for sovereign debt restructuring which would require private investors to bear some of the risk for investing in heavily indebted countries like Greece and Ireland. The hope is that such a mechanism would take effect after the €750 billion euro backstop, established early this year, expires in 2013.

'In a Survival Crisis'

Irish Prime Minister Brian Cowen told the Irish Independent newspaper that Merkel's comments "haven't been helpful. What has been said there has had, I think, an unforeseen consequence, perhaps." 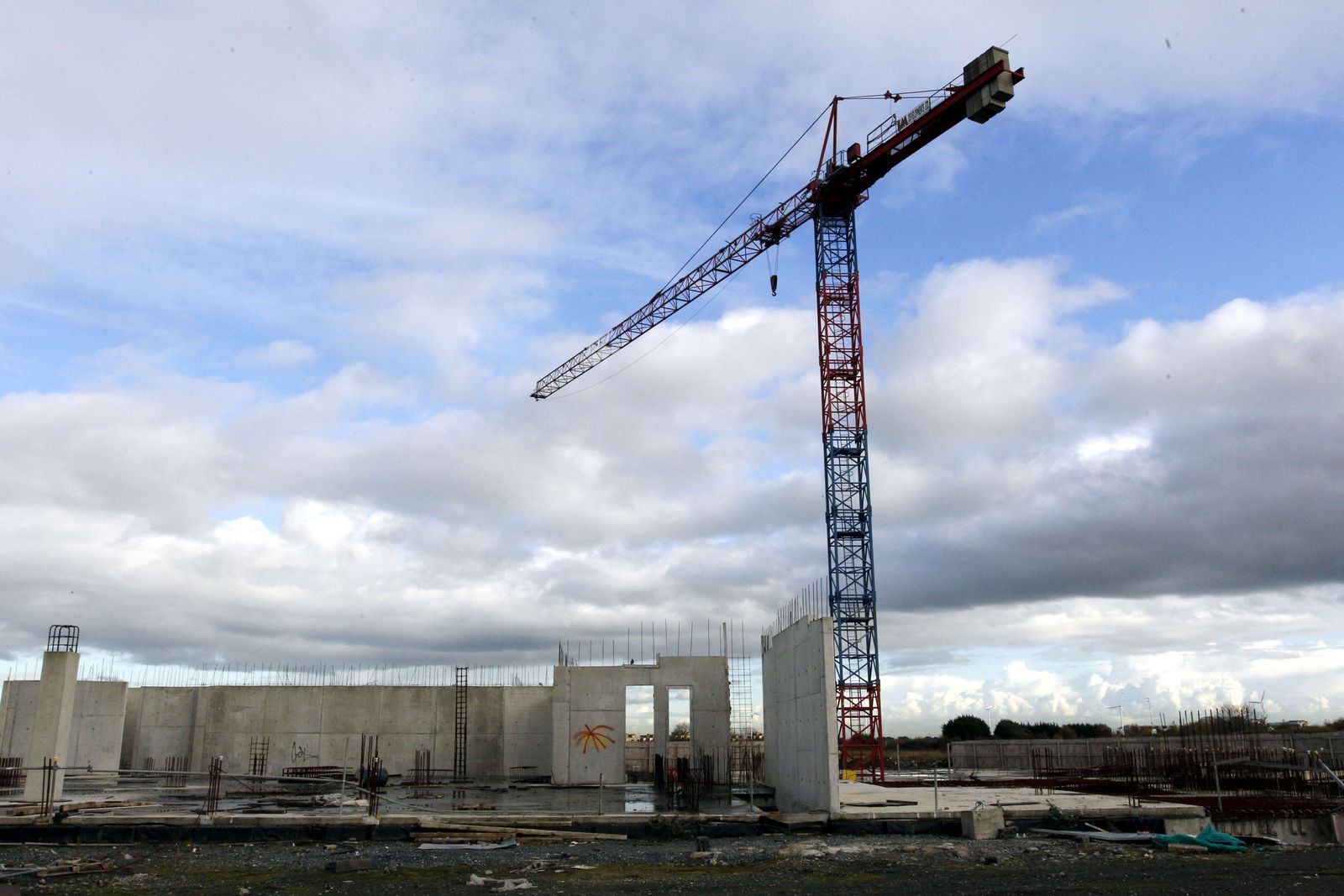 An abandoned construction site on the outskirts of Dublin. Investors are concerned that Ireland won't be able to pay off its debt.