The gathering of global political and industrial leaders in Davos each year leads many observers to wonder: Who benefits in the long term from economic growth and corporate profits? Society as a whole or just a select few at the very top? One way to approach that question is by looking at how the entire wealth of a given society is distributed among individual members of that society.

The problem, though, is that it isn't so easy to calculate that distribution. Official data does, of course, exist. In Germany it is compiled by the Federal Statistical Office, and the European Central Bank (ECB) has been doing the same for the eurozone over the last few years. That data shows an extremely unequal wealth distribution.

But in reality, wealth is even more concentrated than the data shows, because the statistics have a blind spot: The superrich and their assets are consistently underestimated. This is because, on the one hand, there are so few of them that they aren't adequately accounted for in randomized surveys. On the other hand, the statistics are based on voluntary responses - and willingness to participate demonstrably sinks as wealth among respondents increases.

When it comes to the superrich, however, there are relatively reliable estimates in the form of lists of the world's wealthiest people, with the one compiled by the US business magazine Forbes leading the way. A similar list is compiled in Germany by manager magazin. A team of tax experts led by Stefan Bach of the German Institute for Economic Research (DIW) has examined the wealth statistics compiled by the ECB and augmented them with lists identifying the ultrarich. And the team did so for three countries: Germany, France and Spain.

The result: The 45 richest households in Germany own as much wealth as the bottom half of the population. Each group possessed a total of 214 billion euros in assets in 2014. The following graphic illustrates the distribution of wealth in Germany as it stood three years ago. The top 10 percent of the population is shaded in hues of blue while the remaining 90 percent is shaded red.

The darkest red section represents the bottom 50 percent of the German population while the darkest blue stands for the 45 wealthiest households in the country.

In compiling the more precise statistics, the DIW team adopted an approach that the ECB itself proposed as a correction to its own wealth statistics. (You can find a detailed description of the methods used and the results compiled in this English-language discussion paper released by the DIW.)

By incorporating lists of the wealthiest people in Germany, it becomes clear that wealth inequality is much greater than reflected in the official ECB numbers. According to the DIW study, the wealthiest 5 percent in Germany owned 51.1 percent of the country's entire wealth in 2014. ECB numbers, meanwhile, held that the richest 5 percent only owned 31.5 percent of the nation's wealth that year.

Furthermore, the top 1 percent of German households owns a third of the country's wealth (instead of the 23.6 percent shown by ECB statistics), and the top 0.1 percent owns 17.4 percent (instead of 6.3 percent). The richest 0.001 percent - just 400 households - own 4.7 percent of the country's wealth, according to the DIW, which is twice as much as the roughly 20 million households that make up the poorer half of German society. In the graphic, you can also see the absolute amount of wealth each category owns.

The analysis makes clear that in comparison with other countries in Europe, the distribution of wealth in Germany is weighted particularly unfairly in favor of the superrich. That becomes obvious when an analysis of Spain and France is included. ECB data leads one to believe that wealth is more concentrated in those two countries than in Germany. But once the statistics are augmented with lists of the wealthiest households from each country, a fundamentally different image emerges. In both France and Spain, those lists show that the share of national wealth owned by the superrich is higher than indicated by ECB statistics alone, but the difference is much more pronounced in Germany.

According to DIW calculations, the poorest half of the population in Spain owns just under 12 percent of the country's total wealth while in France, that number is slightly above 6 percent. In Germany, meanwhile, it is just 2.3 percent. The richest 10 percent of households in France and Spain own less than half of their country's wealth, respectively. In Germany, that bracket owns close to two-thirds of the nation's wealth.

That shows that wealth distribution in Germany is much less equal than statistics would seem to indicate - and much less equal than in other large European countries. DIW researcher Bach, though, does suggest that the consequences of inequality in Germany is likely less deleterious than it is elsewhere. His explanation is that the list of German billionaires compiled by manager magazin is largely made up of families that own successful companies, many of them typical representatives of Germany's strong medium-sized company sector.

"They are considered the backbone of the German economy. They strengthen competition with large corporations, create jobs all over the country and usually take care of their people and their regions," Bach says. Furthermore, the investments they make often come from their own capital reserves instead of from bank loans. All of that benefits lower income groups. In Germany, in other words, Bach believes it really is the case that the wealth belonging to the superrich also benefits society as a whole.

But Bach also sees the extreme concentration of wealth as a problem. Families that own successful companies have a particularly large influence on politics through direct access to the chancellor or state governors and by way of expensive marketing campaigns. The result is that privileges for the wealthy remain significant when it comes to inheritance tax. And Germany doesn't have a wealth tax. 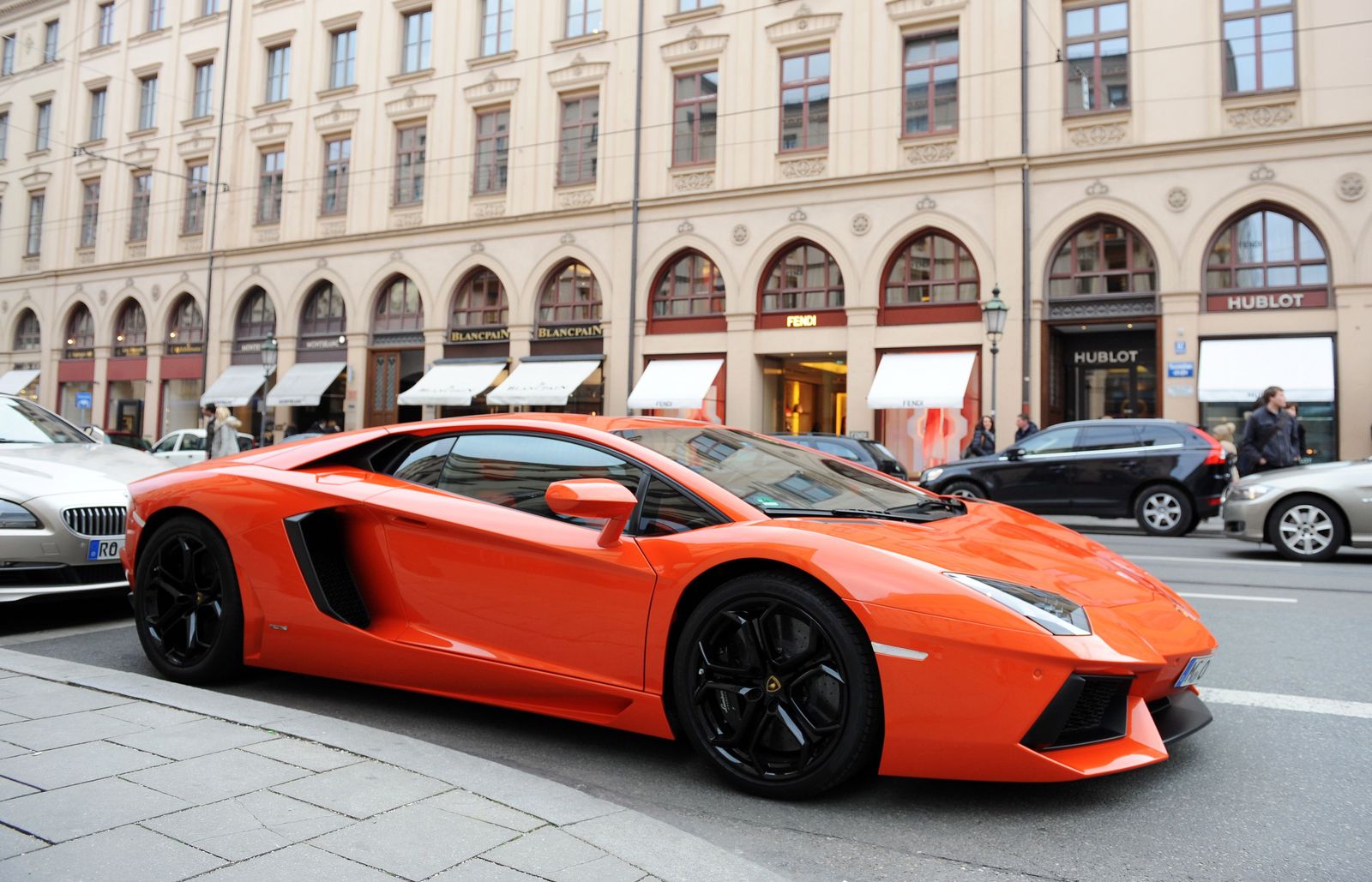 A Lamborghini in the city center of Munich.