SPIEGEL: Professor Kumar, in your recent book, you predict the breakout of future world brands from emerging markets, particularly from China. Are you not a bit premature? Even in Asia, the newly rich prefer Western brand icons like Apple or Armani to cheap local labels.

Kumar: If I had told you 25 years ago that South Korean brands like Samsung or Hyundai would successfully enter Germany, you would have called me crazy. However, now the Chinese, too, are on the advance. The Germans should take care in order not be caught off guard like in the past by the offensive of Japanese camera makers.

SPIEGEL: The advantage of the Chinese has long been in their cheap labor costs. German producers, on the other hand, stand for quality. Are they not well prepared for advances from the East?

Kumar: Chinese brands like Haier follow the same strategy as Toyota did: The Japanese automaker first produced in its own country, then it built factories throughout the world as well as bases for research and development in central markets. Finally, it also attacked in the luxury segment -- with the "Lexus." To be sure, Chinese car makers still lag behind, but they are slowly catching up, especially in the emerging markets. Twenty years ago China exported six cars, last year it exported one million cars.

SPIEGEL: Does this mean we have to be concerned about BMW or Mercedes?

Kumar: These brands are alive primarily thanks to China's growing market. There, they are adapting to the needs of their customers. BMW and Mercedes remain relevant as luxury brands. Relatively, however, the balance will shift -- in favor of new brands from the emerging markets.

SPIEGEL: And why haven't the Indians moved ahead with global brands?

Kumar: Indian companies face much higher barriers than Chinese ones: In order to make your brand known to Western customers you have to invest a lot of money in advertisement. The Chinese have the necessary vision and they have a home market which is four to five times as big as the Indian market. Profits generated in the domestic market finance their global offensives. What is more important, however: China is the only emerging market that has the ability to produce world class products. The Chinese produce for Bosch, for Apple, for Ericsson. But when they want to develop their own brands, they only have to put their own label on it.

SPIEGEL: Or they just buy Western brands. How important are brands still as a tool for consumers to judge products? Jaguar and Land Rover, for example, once stood for British tradition; now both brands belong to the Indian Tata group.

Kumar: Brands are not being defined by their country of origin any longer. Of course, if I market champagne, the country of origin still plays a role. However, if you buy an iPhone from Apple you don't think "Made in China." And if you drive a Jaguar or Land Rover you don't care about its Indian owner Tata or that the CEO of Jaguar Land Rover Automotive is a German. What matters to the consumer is whether the brand keeps what it promises.

SPIEGEL: Still, Western consumers are still skeptical when they see "Made in China" written on a product.

Kumar: Sure, during the past 40 years China defined itself by the cheap label "Made in China." In the coming 30 years, however, the world will more and more define itself by the label "Owned by China." China will own many global companies and important resources across the world. 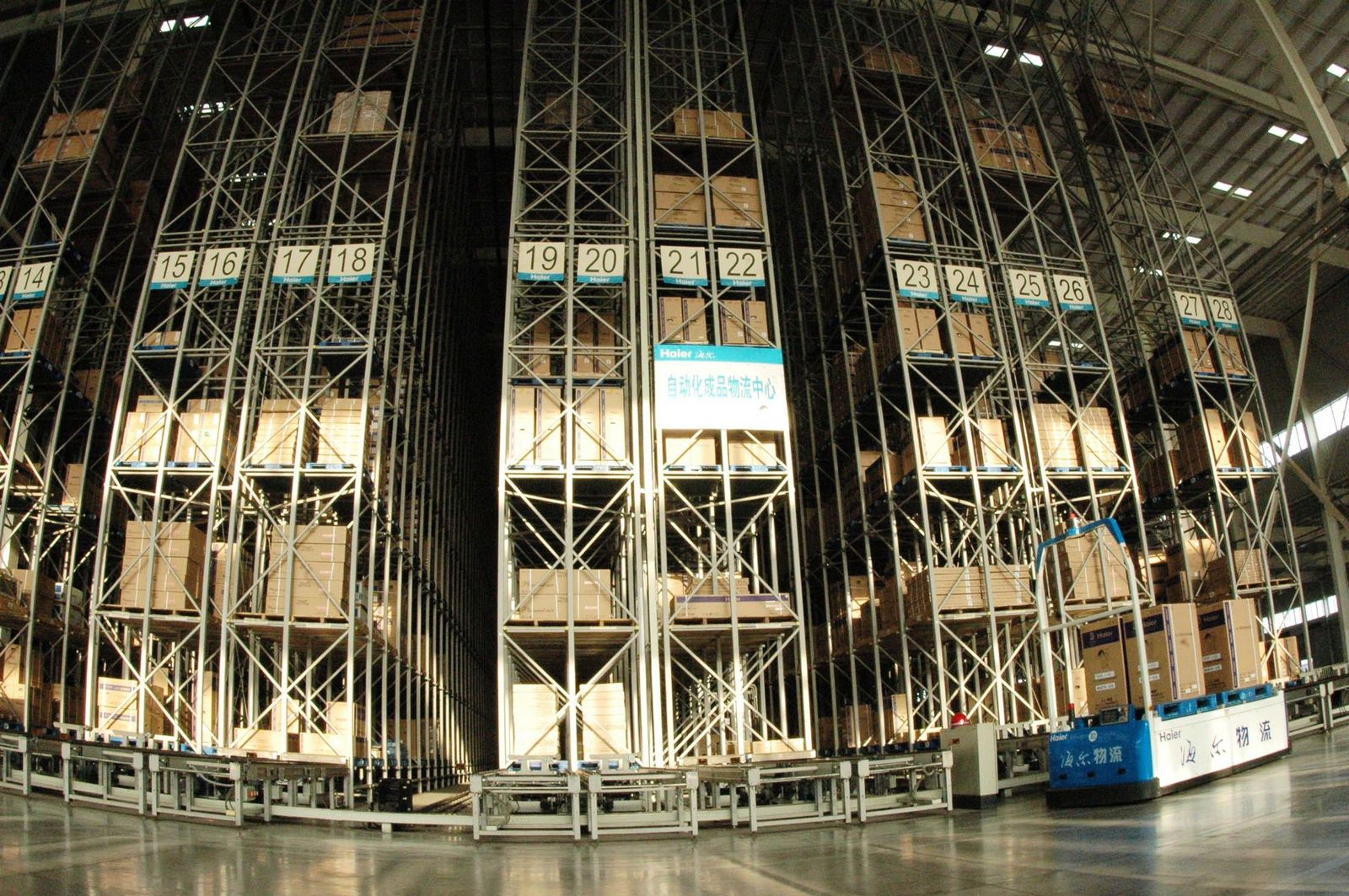 A Haier factory in Qingdao in northern China's Shandong province.