At the end of 2008, Hervé Falciani committed what is believed to have been the most portentous theft of banking data in history. The systems engineer and former employee at the Geneva offices of HSBC left Switzerland for France and took data from around 130,000 customers at the Anglo-Asian bank along with him.

France's finance minister at the time, current International Monetary Fund head Christine Lagarde, then handed data supplied by Falciani on to other countries. With the help of the information, authorities were able to uncover hundreds of cases of tax evasion, including those involving members of Spain's Botín banking family. In Greece, the data, which is often referred to as the "Lagarde List," was largely forgotten until it returned to the headlines during the debt crisis.

Falciani, 41, has also cooperated with the American authorities. Indeed, on the strength of the information he provided, HBSC was forced to pay a $1.9 billion settlement with the United States after a Senate committee found that failures in HSBC's money-laundering controls had enabled terrorists and drug cartels to gain access to the US financial system.

Last year, officials in Spain arrested Falciani in Barcelona. After a Spanish court rejected a Swiss extradition request for the Franco-Italian, he returned a few weeks ago to France, where examining magistrates have opened a new investigation into HSBC. SPIEGEL met with Falciani for an interview near Place d'Italie. He came wearing a beard and accompanied by three body guards with dark sunglasses. Flaciani says he is still the subject of a Swiss international arrest warrant.

SPIEGEL: Mr. Falciani, you have been on the run for years, after being accused of violating Switzerland's bank secrecy laws and causing serious difficulties for tax evaders and banks. Do you feel a kinship to former NSA employee Edward Snowden?

Falciani: Yes, in fact I have even tried to contact him. It's important that there are people like Edward Snowden, who speak the truth and point out systemic problems. We could ask whether we even need intelligence services, but I believe the answer to that is yes. What we certainly don't need are governments telling us what is good for us.

SPIEGEL: The accusations you have leveled are against the banking system. Why did you work in that field at all?

Falciani: I grew up in Monaco, and in that environment going into the financial sector was the obvious choice. When I was young, I thought banks were there to protect the assets of people who had justified concerns, because of their experiences under communism for example. At HSBC, I quickly learned they are there for something else entirely.

SPIEGEL: And what is that?

Falciani: Banks such as HSBC have created a system for making themselves rich at the expense of society, by assisting in tax evasion and money laundering.

SPIEGEL: Last year, you allowed yourself to be arrested in Spain, because you believed you would be safer in prison. Now, you've been back in France for a few weeks. Do you feel safe here?

Falciani: The new French government has made the decision to work seriously with me to fight corruption and tax evasion. This makes my life dangerous and means I need the protection the government is now providing.

SPIEGEL: Did the previous government not work with you?

Falciani: Not seriously. It was only interested in the names of individual banking clients. President Nicolas Sarkozy didn't want to fight corruption, he wanted to protect banks.

SPIEGEL: Still, authorities in Spain and France have convicted a number of prominent tax evaders based on the data you gave them.

Falciani: That's true, but so far not even 1 percent of the information I supplied has been analyzed, because the authorities are only interested in client names. But this information can also be used to expose the system banks have installed to make tax evasion and money laundering possible. For me, it has always been about calling attention to the banks' behavior, after I failed to change it from inside.

SPIEGEL: The bank denies you ever pointed out problems from inside.

Falciani: I did, but to no avail. Most Swiss banks do have a whistleblower program, but they use it to punish those who avail themselves of it.

SPIEGEL: Did you also offer your information to German authorities?

Falciani: Three years ago, I offered my help and made direct contact through my lawyer.

SPIEGEL: Why was that?

SPIEGEL: How many of those are from Germany?

Falciani: I'm not sure exactly. It can be difficult to connect accounts to account holders, since the smartest clients conceal their identities. But there are at least 1,000 German clients. The data is from HSBC branches in Zurich, Geneva and Lugano. Zurich in particular served German clients.

SPIEGEL: Why would German authorities be more open to working together now than they were three years ago?

Falciani: I hope they will be, because Germany plays a very important role in combatting money laundering and tax evasion. I'm currently involved in a number of investigations and I could be of assistance to German investigators as well.

SPIEGEL: Many Swiss banks now profess to engage only in legal practices, kicking out any clients who don't disclose whether they have paid taxes. Do you find this shift credible?

Falciani: No, I don't. Just the fact that they face international competition ensures that banks will continue to offer wealthy clients ways to evade tax authorities.

SPIEGEL: The European Commission wants to create a comprehensive automatic system for exchanging information throughout Europe. How effective would such regulations be in putting a stop to shady practices engaged in by banks and tax evaders?

Falciani: Banks have a strong self-preservation instinct and are quick to adapt to new regulations. Money is easy to hide. HSBC has a strategy division that takes care of such things. For example, a bank might bring in intermediary companies, sometimes at multiple levels, and make sure business isn't conducted through the bank's own accounts. They offer clients non-banking products, life insurance policies that exist for the sole purpose of tax evasion for example, or gold, which the bank stores in its safety deposit boxes for a fee.

SPIEGEL: What role do branches of Swiss banks, or major international lenders such as HSBC, play in the home countries of tax evaders?

Falciani: It is precisely such systemic questions that authorities in France want my assistance in exploring. It is impossible to believe that the bank branches abroad are not involved in the tax evasion system. These branches invite their clients to sporting and cultural events, where they meet intermediaries who explain how to get money to Switzerland without having to physically transport it across the border.

SPIEGEL: How can we get this problem under control?

Falciani: That will only be possible if governments and authorities around the world work together, since banks, too, make use of international networks. We're not mobilizing the resources we have. The significance of the Offshore Leaks publications lies in increasing pressure to work together internationally.

SPIEGEL: The United States has taken tougher action against Swiss banks. Should the EU follow that lead?

Falciani: At first glance, that appears to be true -- the US, for example, imposed a heavy fine against HSBC for money laundering. But I was surprised that the American authorities decided HSBC was "too big to jail" -- in other words, they shied away from imposing prison sentences on bank managers, although it's hard to imagine that top-level managers knew nothing of the bank's systemic participation in money laundering.

Falciani: The MIS Global Technologies computer system alone, which makes it possible to use a form of double-entry accounting to conceal illegal income, costs several million dollars. Such investments are approved by a bank's most senior managers.

SPIEGEL: Could you give us a dumbed down description of how money laundering through double accounting works?

Falciani: Let's say a Mexican drug lord has a bank account in Mexico that contains millions from the drug trade. He also has an account in Switzerland with nothing in it. Using its software, the bank sees the account balance in Mexico and grants him a loan in his Swiss account worth the same amount. The money is now laundered and the drug lord can even write off the interest on that debt from his taxes. We need to expose and combat such systems. I would like to get more governments to take part in this.

SPIEGEL: You have always claimed not to accept any money from authorities for your data and your services. How do you make a living?

Falciani: I have continued to work in software research all this time. I am grateful to my employer for making that possible, despite the difficult circumstances. My wife lost her job when it emerged that I was working with the French authorities, which means I need the money more than ever. 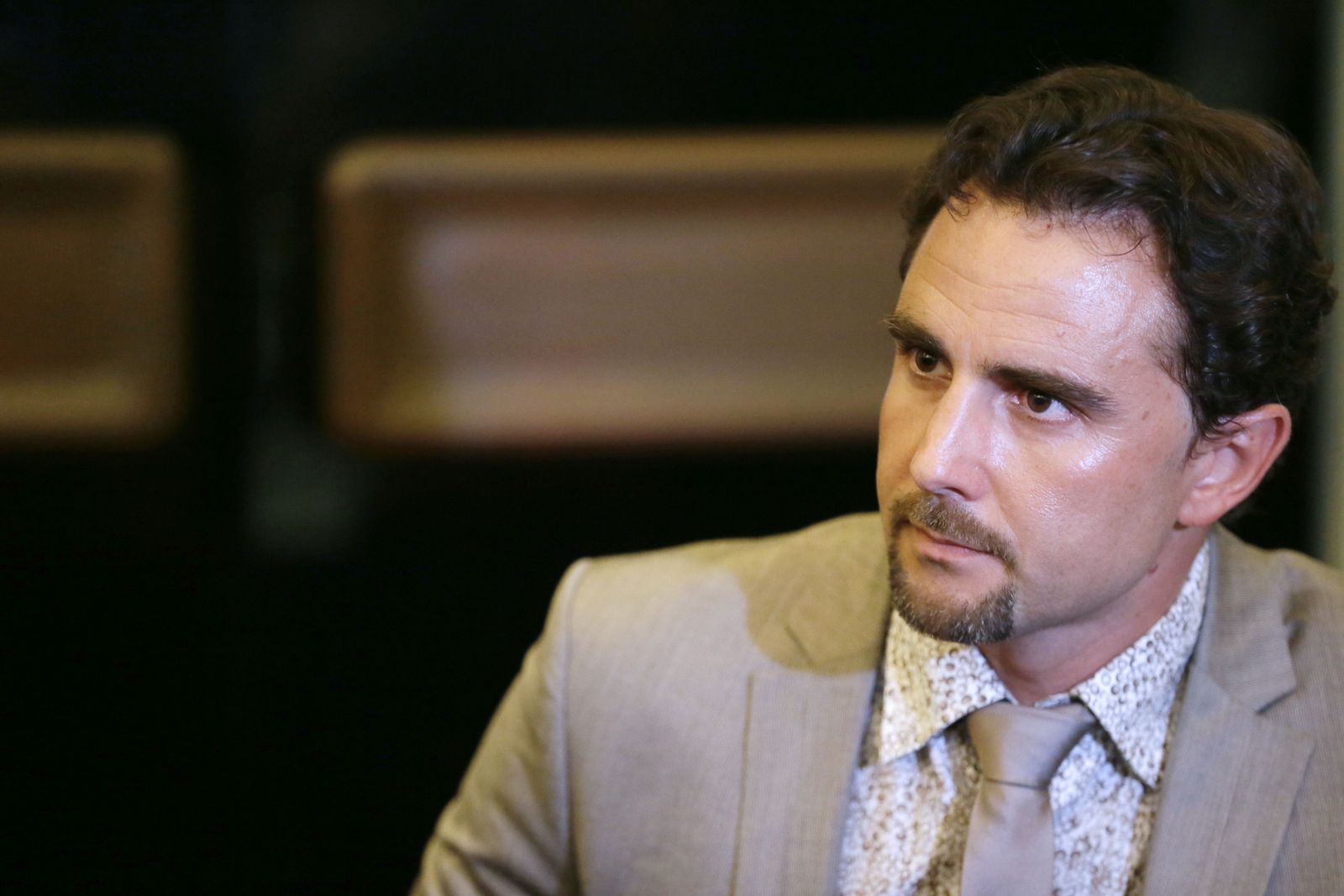