SPIEGEL: Ms. König, hardly a week goes by without some new scandal in the banking world. Have bankers learned anything at all?

König: I sometimes ask myself the same question. Seriously, though, my impression is that some parts of the banking sector have spent far too long hiring overly ambitious employees, some of whom can no longer tell the difference between their own success and the success of the company. But we shouldn't draw generalizations from that.

SPIEGEL: The British banking giant HSBC has just had to admit that billions were laundered through its accounts. At the same time, investigators have their sights on Barclays Bank in the UK, along with a dozen European banks, for alleged manipulation of the Libor interest rate. This is not just a matter of a few individuals.

König: That needs to be investigated now. But there have been major scandals in other industries, as well, such as in the construction industry. And the Libor interest rate …

SPIEGEL: … that is, the average interest rate at which banks lend each other money in the London interbank market …

König: … practically invited manipulation. The rate is determined by only a small group of private banks, together with a banking association that is also private. There is no external control. On top of that, these institutes only provide estimates of what they expect for each day; they're not required to submit numbers based on their actual business. The thinking has been: "The market will sort it out." From today's perspective, that leaves me speechless.

SPIEGEL: Wouldn't you say this system needs either strict controls or genuine reform -- and as soon as possible? Financial investors have tied deals worth hundreds of trillions of euros to the Libor rate.

König: I'm not sure if regulation will help. The fact is that the industry has relied on the Libor blindly. It reminds me of unconditional faith in the verdicts of the ratings agencies, which are also private companies. It's time to search for alternatives.

König: More business deals could be tied to developments with other securities, such as government bonds. And, in any case, the Libor should be determined based on real transactions rather than on estimated values.

SPIEGEL: Investors around the world are preparing to sue banks for damages associated with these manipulations. What are the dangers for German institutes, such as Deutsche Bank, and its new CEOs, Anshu Jain and Jürgen Fitschen?

König: It's too early to say. We're currently working together with British and American regulatory authorities to determine how much German financial institutes were involved in the scandal. As a matter of principle, banks must set aside the reserves necessary to cover potential legal damages.

SPIEGEL: In the face of recent scandals, even some major players within the industry, such as Munich Re CEO Nikolaus von Bomhard, are calling for overly large banks to be broken up.

König: An economy with global players also needs banks that operate globally. But it's certainly worth considering whether certain lines of business would be better kept apart.

SPIEGEL: Should banking for private clients and investment banking be separated?

König: One option would certainly be to force banks to outsource their own trading to an independent subsidiary …

SPIEGEL: … in other words, the trading a bank performs on its own behalf rather than for clients. We thought German banks had made that change already.

König: I believe that's just a rumor. But having banks do their own trading in moderation doesn't necessarily have to be a bad thing.

SPIEGEL: Politicians within the euro zone want to get a grip on banks' power by establishing a banking regulatory body for the entire common-currency area. Does that course of action make sense?

König: Standardized rules are important. But the question is whether a centralized body in Frankfurt, Brussels or somewhere else is truly better able to anticipate where problems might arise in the financial sector than each country's own supervisory bodies are.

SPIEGEL: You don't believe an employee of a central bank, such as the European Central Bank (ECB), is able to look at difficulties more objectively than a regulator at the national level, who has an interest in protecting domestic businesses?

König: Possibly. But, then again, perhaps (the ECB employee) would miss many problems entirely owing to the language barrier involved in emails and documents or because of cultural differences.

SPIEGEL: Still, German Chancellor Angela Merkel would like to turn the job over to the ECB. Would that make ECB President Mario Draghi your boss?

König: That's still an open question. To me, it wouldn't make sense to have the ECB make decisions and for us to merely implement them. If BaFin has to close a bank, I'd like to at least be involved in the decision. And who foots the bill then? In the most extreme scenarios, this would mean having Mr. Draghi make decisions on how to spend German taxpayers' money.

SPIEGEL: What do you think of proposals to establish common Europe-wide funds for just such cases, for liquidating banks or securing savings?

König: That's a possibility in the long term. But we should also recognize that a common deposit-protection scheme carries with it additional risks of contagion.

SPIEGEL: Proponents call it a guarantor of more security.

König: Sure, but what happens when our regulatory systems become liable for southern Europe, as well? At the moment, German savers can remain calm when a Greek bank falters.

SPIEGEL: A Europe-wide supervisory body already exists in the form of the European Banking Authority (EBA). Won't things descend into complete chaos if the ECB, the Bundesbank (Germany's central bank) and BaFin all get involved, as well?

König: Let me put it this way: We shouldn't create too many overlaps. The ultimate result should be better oversight. We also need to consider the fact that the ECB represents only the 17 euro-zone countries. I would prefer to treat all 27 EU countries equally.

SPIEGEL: But that would only exacerbate the struggles over who holds which responsibilities.

König: Now and then, differences certainly arise between the national regulatory bodies. But, by and large, this international cooperation is very professional and built on trust. It used to be that you first had to apply to make a foreign call before ringing up our English counterparts. These days, you just reach for the phone.

SPIEGEL: Would you prefer to have the EBA be the central supervisory body?

König: At the least, you could say the ECB has conflicting objectives when it comes to monetary policy and oversight. We had this discussion in Germany, too, when we addressed the question of whether bank oversight should be handed over completely to the Bundesbank (ed's note: BaFin currently shares banking-oversight responsibilities with the Bundesbank). Besides, when it comes down to a crisis situation, these supervisory bodies intervene in banks and, thereby, ultimately in property rights. That requires democratic legitimization, which is in conflict with the autonomy of a central bank.

SPIEGEL: In the end, BaFin might find itself with less to do.

König: I'm not too worried about not having anything to do anymore. After all, we're also responsible for overseeing securities and insurances, which wouldn't be covered by a Europe-wide financial supervisory mechanism at the ECB. I'm a big supporter of having a single, comprehensive system of supervision. Otherwise, our oversight of the financial system as a whole gets short shrift.

SPIEGEL: Is it even possible to regulate banks effectively?

König: Yes, though it's not as if we can have a regulator standing behind every bank employee. But we need to finally confront the issue of regulating the shadow banking system. There are many other types of institutions that are very similar to banks, such as hedge funds and money market funds. If it looks like a duck and quacks like a duck, then it's a duck and should be treated accordingly. Another danger area is high-frequency trading …

SPIEGEL: … in which computers handle millions of transactions per second.

König: That also contributes to extremes on the market. The liquidity apparently created is an illusion because many of those deals are never actually executed. The automobile industry has built cars capable of traveling very fast, yet the industry has agreed that 250 kilometers (155 miles) an hour should be the upper limit. Along the same lines, I wonder precisely what economic good we achieve by trading at nanosecond speeds.

SPIEGEL: What can be done to prevent that?

König: We could attach fees to these transactions that would render large-scale gambling for marginal yields unattractive. It would really make a lot of sense to institute this kind of a financial transaction tax.

SPIEGEL: You took a 50 percent pay cut when you became president of BaFin. What's so exciting about being a financial regulator?

König: The work is actually exciting -- and very important, as well. I'm no Florence Nightingale, but money isn't everything, either. 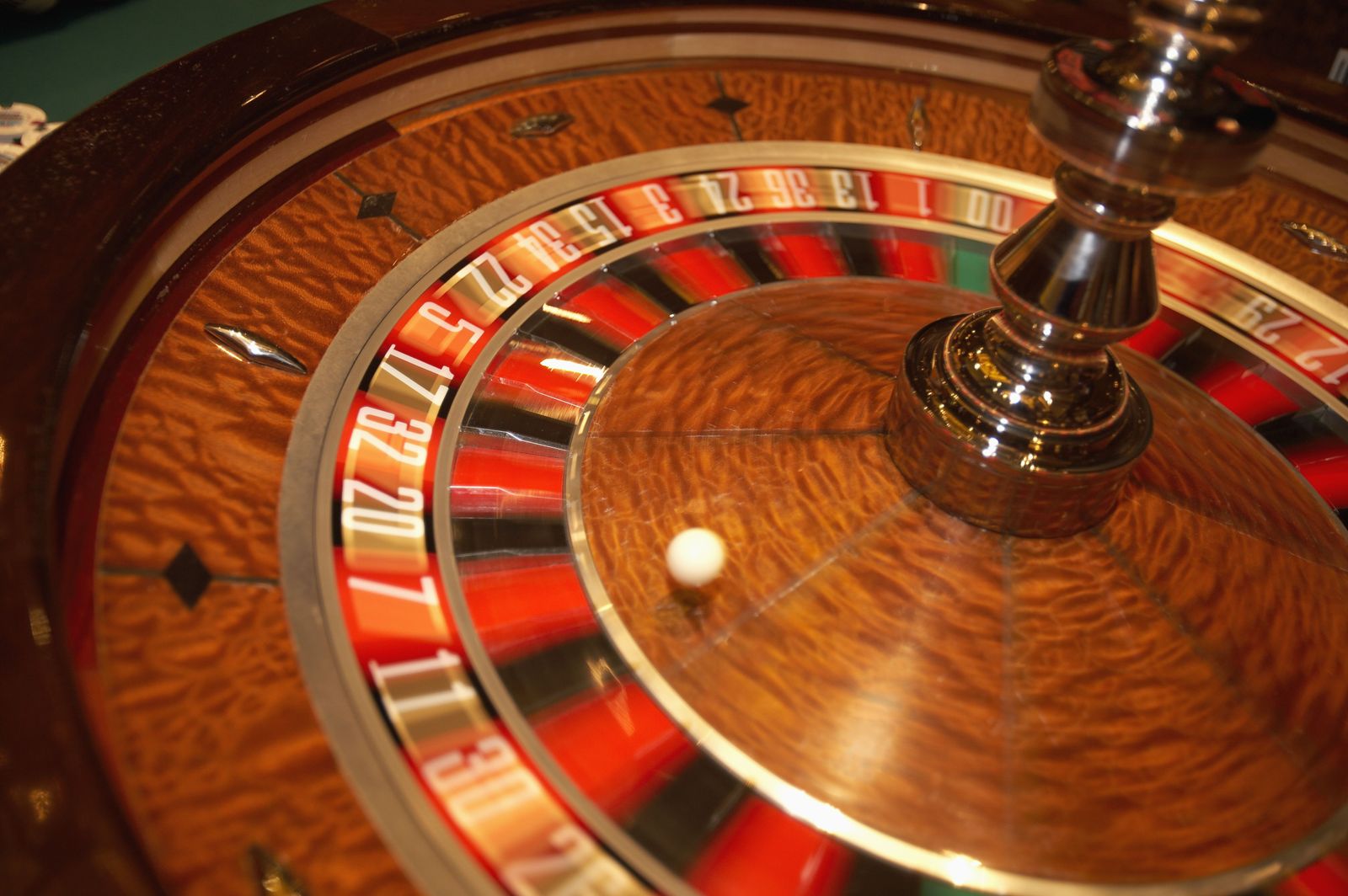