Reithofer: Joschka Fischer was a Green Party politician and Germany's foreign minister. We hired Mr. Fischer, as well as former US Secretary of State Madeleine Albright, as advisors because we, as an automaker, want to know, for example, how new emissions laws will develop in the United States, Europe and Asia. Fischer and Ms. Albright have diverse contacts worldwide. They can call our attention to trends early on, information from which we can benefit. 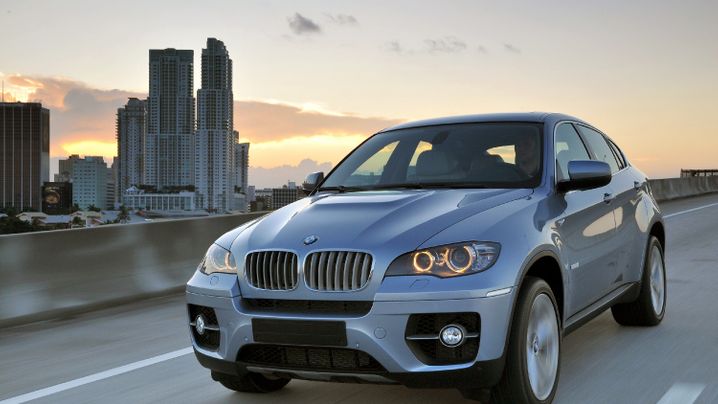 SPIEGEL: Are Fischer and Albright expected to do lobbying work so that environmental regulations for the auto industry will be less stringent?

Reithofer: Absolutely not. But they can set up contacts with non-governmental organizations, for example. If you have a one or two-hour conversion with them, you'll have a better idea afterwards about what the industry could face in the future.

SPIEGEL: For many BMW executives, Joschka Fischer is probably almost as repellent as speed limits on the Autobahn. How did you react to his hiring?

Reithofer: There were certainly those who rubbed their eyes in astonishment. But when we held a company discussion forum with Mr. Fischer, interest was high. Six hundred senior managers came to the meeting. In the end, there was tremendous applause for Fischer, because he offered a precise analysis of the challenges our industry faces worldwide.

SPIEGEL: Hiring Joschka Fischer isn't the only unorthodox move your company has made recently. BMW has also withdrawn from Formula 1 racing. And you plan to run your factories using renewable energy. Is this just green PR, or does BMW intend to become known for its environmentalism?

Reithofer: Neither the one nor the other. As far as I'm concerned, however, it is clear that the concept of premium will be increasingly defined through sustainability in the future. BMW, like no other brand, will still stand for vitality and driving pleasure in the future. But it will also represent efficiency and environmental friendliness. We have introduced our fuel-saving technology, Efficient Dynamics, as a standard feature in all series. It uses start-stop technology, brake-force energy recovery and other methods to drastically reduce fuel consumption, while at the same providing more power. We call this "Sheer Driving Pleasure 2.0."

SPIEGEL: But at the same time, you sell beefy SUVs like the X6, which weighs more than two tons and, in the version with the most powerful engine, consumes 12.8 liters of gasoline per 100 kilometers (18 miles per gallon). How is that consistent with sustainability?

Reithofer: Naturally, we will continue to offer very powerful vehicles in the future. Nevertheless, no other manufacturer has reduced the CO2 emissions of its fleet as substantially as the BMW Group. I heard the example of the X6 mentioned once before, at a panel discussion in Berlin. At the time, it was coming from Green Party politician Jürgen Trittin

SPIEGEL: which doesn't mean it has to be wrong.

Reithofer: Of course not. But the X6, which happens to be very successful, is only one model. Statistics compiled by the German Federal Motor Transport Authority highlight how successfully we have reduced fuel consumption. A few years ago, the CO2 emissions for the BMW brand were at well over 200 grams per kilometer. In 2009, that number was at 159 grams. This puts us below our direct competitors

SPIEGEL: by which you mean Mercedes-Benz and Audi

Reithofer: and even below the values for many high-volume carmakers. At the same time, BMW models are more powerful on average than competitors. This is precisely what we are aiming for: less fuel consumption and more driving pleasure.

SPIEGEL: Nevertheless, your decision to get out of Formula 1 will probably turn off some of your traditional customers, namely the pedal-to-the-medal contingent.

Reithofer: I don't think so, because we will continue to offer the most dynamic vehicles in the future. However, we have also made it our mission to be sustainable as a company. I have told our senior executives that I will slaughter holy cows if it benefits the company's long-term success. When we asked ourselves whether Formula 1 still matched the concept of a sustainable company, the clear answer was no.

SPIEGEL: So your competitor, Mercedes-Benz, is being inconsistent by developing hybrid cars on the one hand, while striving to win the Formula 1 on the other?

Reithofer: This is something each company has to decide for itself. Other carmakers simply take a different approach.

SPIEGEL: BMW managers are complaining that the company is jeopardizing the core of its brand, sportiness, by increasingly defining environmental protection as a corporate goal. What is your response?

Reithofer: There have, of course, been discussions in the past. But if you, as CEO, have recognized an approach as being the right one, you have to pursue it consistently, even if some people disagree. But it is now clear to everyone that we, as an automaker, have no alternative but to take this course.

SPIEGEL: Some auto executives say that gas-saving models are a fad. They argue that since gas prices have fallen in the United States, the SUV share of total sales is almost as high as it was before the crisis.

Reithofer: I am firmly convinced that the trend toward more fuel-efficient vehicles is not a fad. Gas prices will continue to rise in the medium to long term, because demand is growing considerably in China, India and other countries. At the same time, the political world has established certain facts. In the European Union, a fleet average of 95 grams of CO2 per kilometer will be permitted in 2020. This corresponds to fuel consumption of about four liters (per 100 kilometers; about 59 mpg). We have to continue reducing the fuel consumption of our vehicles and offer hybrid and electric vehicles, or else we will be unable to achieve these values.

SPIEGEL: You don't believe that politicians will give in and relax the limits to protect the auto industry?

Reithofer: No. This path is no longer reversible. Politicians in Europe want change. The United States and China will follow this trend. One could see this is a threat, but it's also an opportunity. We at BMW want to take advantage of this and, through innovations, place ourselves at the forefront.

SPIEGEL: The German auto industry has had the opposite reputation until now. It is seen as an impediment to environmental protection. At first it rejected the catalytic converter, and later it opposed the soot particle filter. Toyota brought the hybrid onto the market.

Reithofer: This certainly doesn't apply to BMW. European carmakers pledged to reduce CO2 emissions by 25 percent from 1995 to 2008. We kept our word and reduced the value even more. This is not the result of short-term gimmickry. We decided years ago to develop the relevant models and engines, otherwise we wouldn't be able to offer them today.

SPIEGEL: Many people are changing their attitudes about the automobile. It is no longer seen as a measure of prestige, but more as a means of transportation. Isn't this change in values particularly threatening to BMW?

Reithofer: Prestige and premium will also play an important role in the future. But some people define these values differently today. I recently had a visit from the head of a major American bank. He said he would like to buy a BMW 7 Series. I asked him whether he wanted the eight-cylinder or the new 12-cylinder model. He immediately said that he would rather have a hybrid.

SPIEGEL: Hybrid vehicles have a drawback: Companies invest billions in their development, but are currently unable to make any money with them. Will shareholders become impatient when they have to do without higher dividends for the time being?

Reithofer: Those would only be shareholders who are interested in very short-term results. But if you want a company to still be successful in 10 years, you have to be consistent in this approach. For example, we will introduce an electric car by 2015. It will be a completely new vehicle concept for mega-cities. We would also have it developed if, contrary to expectations, it did not turn a profit in its first life cycle.

SPIEGEL: A promising outlook for the future doesn't do much good when a company is losing money in the present. Your competitor Daimler lost a record €2.6 billion ($3.5 billion) in 2009.

Reithofer: We are very confident that BMW will have achieved a positive result for 2009. We also benefited from the fact that we reacted to the financial and economic crisis early on. The first warning signs appeared in September 2007. At the time, we met with a dealer association in the United States, which warned us of a looming subprime crisis.

SPIEGEL: How did you react?

Reithofer: We cut back our planned production for 2008. The Lehman bankruptcy happened in September. We imposed an efficiency program that significantly reduced costs while at the same time advancing the development of new technologies. It was a huge effort, but without it we would not have ended the year 2009 in the black.

SPIEGEL: The auto industry has to invest in new types of engines. Can a relatively small producer like BMW do this alone?

Reithofer: Size alone is not a key to success, as we have seen recently

SPIEGEL: You are alluding to the nationalization of General Motors and the quality problems at Toyota. But there are also successful giants, like the VW Group. It can spread its development costs across six million cars, as opposed to only 1.1 million at BMW. How do you intend to make up the difference?

Reithofer: One doesn't have to be a large corporation to benefit from the advantages of volume. This can also be achieved through joint ventures. We are currently expanding our cooperation with the PSA Group, that is, Peugeot and Citroën. We worked with Daimler and General Motors on hybrid engines, and we are cooperating with Bosch and Samsung in battery development. We have been asked the question of whether BMW can remain independent for more than two decades. Everyone knows the answer.

SPIEGEL: Now VW subsidiary Audi is challenging you. Audi intends to be number one in the luxury class by 2015, ahead of Mercedes-Benz and BMW, and sell 1.5 million cars. Is this realistic?

Reithofer: I take a very relaxed approach to this. We assume that we will already be selling about 1.6 million vehicles by 2012. It's a matter of how strong a company and a brand are. According to a study by Interbrand, which examines the value of brands, the world's 30 top brands in 2009 included only three German brands: SAP, Mercedes-Benz and BMW.

SPIEGEL: But the industry currently faces a technology jump that could possibly put entirely new company at the top: electronics companies that have both battery technology and engines. They would then use carmakers as suppliers of bent sheet metal.

Reithofer: That won't happen. But you do have to do your homework early on. The manufacturers of mechanical typewriters believed that they had developed sufficiently when they introduced electric typewriters. Then came the PC, and the deeply traditional makers of typewriters disappeared from the market.

SPIEGEL: In other words, the auto industry could face a similar fate?

Reithofer: It isn't a given that the companies that provide mobility today will also be the ones to do so tomorrow. Every company has to work hard to make this happen. But I'm convinced that BMW is one of those companies.

SPIEGEL: Mr. Reithofer, thank you for this interview. 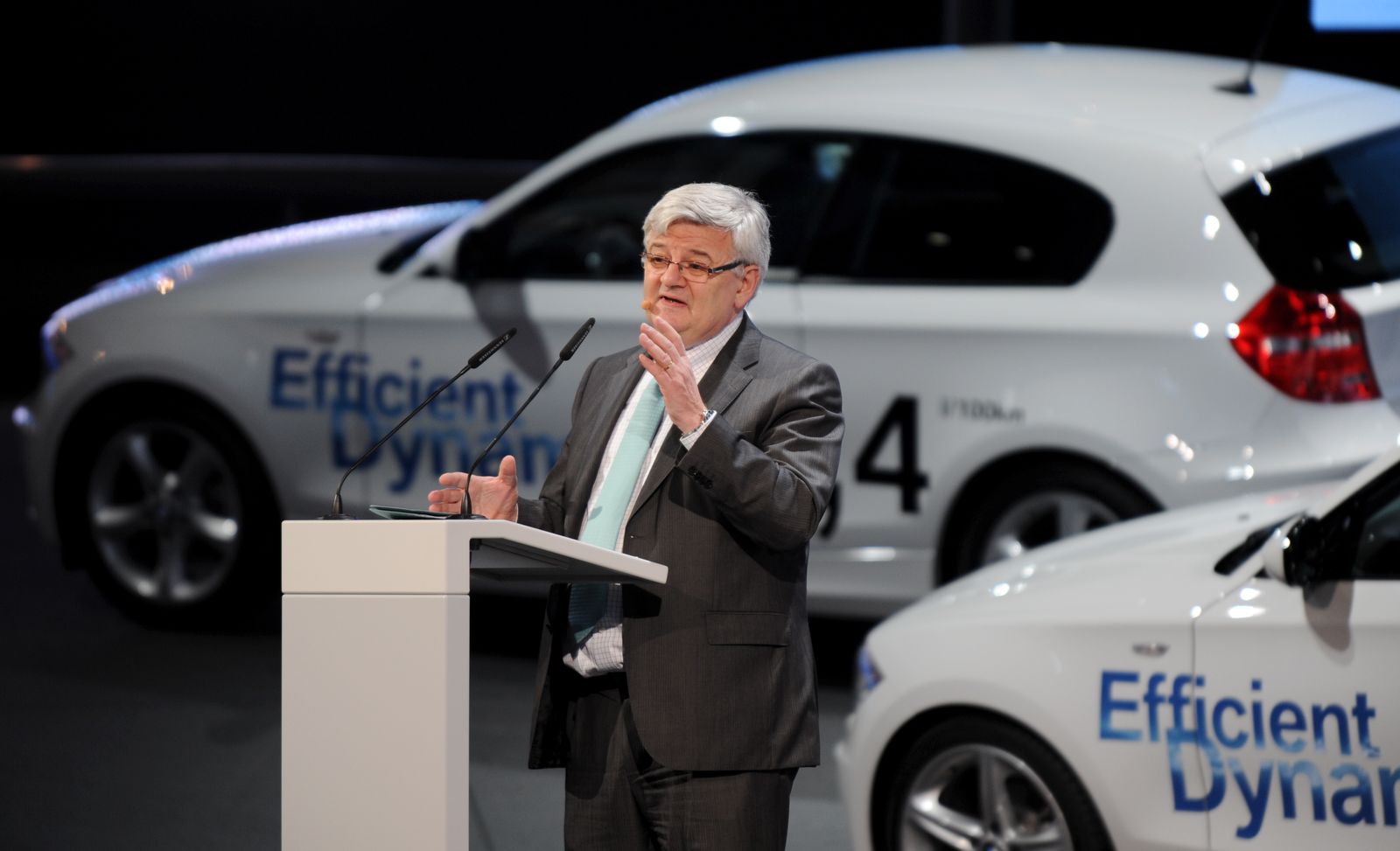 BMW recently hired former German Foreign Minister Joschka Fischer as an advisor. The decision raised eyebrows within the company, but Reithofer says the former Green Party leader can help BMW see how environmental regulations will develop in the future.