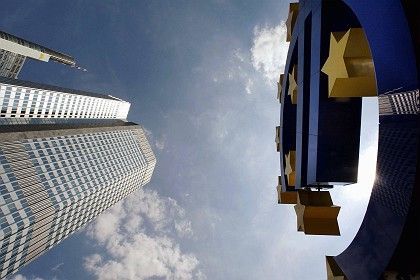 SPIEGEL: The average rate of inflation in the euro zone is 3.7 percent. This is well above the European Central Bank's (ECB) goal of keeping inflation at about 2 percent. Has the ECB failed when it comes to fighting inflation?

Jürgen Stark: Naturally, we have had intense discussions in the ECB council about this development. The rate of inflation will be higher in the next 18 months owing to steep rises in prices for oil and food worldwide. There is little we can do about this as a central bank, but we must still take steps to ensure that there are no secondary effects. This happens when companies raise prices or the parties to collective bargaining agreements negotiate significantly higher wages.

SPIEGEL: Over the course of one year, the price of heating oil has risen by 57 percent. Within one year, food prices in Germany shot up by close to 8 percent. Given this situation, you can understand why unions are demanding higher wages.

Stark: We must be careful that such secondary effects do not become more widespread. Since the end of last year, we have seen significant wage increases in several regions in the euro zone, despite the fact that economic growth weakened in those regions. At the same time, companies in the service sector -- where competition is apparently not as great -- are sharply increasing their prices. We can't let this happen.

SPIEGEL: Shouldn't you have raised interest rates a long time ago to fight inflation?

Stark: Over the last 10 years, the average inflation rate has been 2.1 percent. That's a respectable outcome. Despite sharp criticism from politicians and other central banks, we started raising interest rates in December 2005. We need a little time for this medicine to take effect.

SPIEGEL: The last interest rate increase is already a full year behind us.

Stark: We were confronted with considerable turbulence on the financial markets, so we had to take a wait-and-see approach and gather additional information. As we look forward now, we are forced to aknowledge that there are considerable risks when it comes to price stability.

SPIEGEL: ECB President Jean-Claude Trichet described the range of opinions at the last meeting of the ECB's governing council, saying: "Some of us thought that we had to raise interest rates. Others were also in favor of raising rates, but not until a later date. Yet others said that it wasn't necessary at all." That's not exactly a united approach to fighting inflation.

Stark: In the past, we were consistently criticized for saying that a decision was passed unanimously. At present, we are still in a process of reflection. It's completely natural that there are differences of opinion. No one knows exactly what other effects the financial crisis will have. But there is reason to believe that we will soon come to an outcome.

SPIEGEL: Can you understand the arguments of those who are even calling for an interest rate reduction because they're worried about the economy?

Stark: We are talking about sustainable economic growth, which you can't achieve with an inflation rate above 3 percent. Citizens can sense that their purchasing power is being eroded. We should be very careful to prevent the occurrence of an upward wage-price spiral. 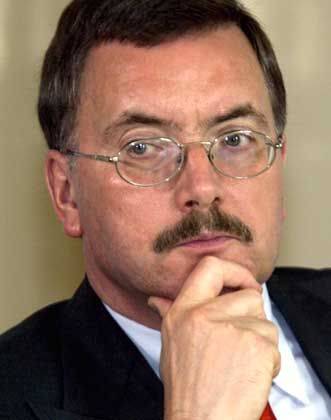 SPIEGEL: You are thought to number among the hawks who want to raise interest rates as soon as possible. Is that a correct impression?

Stark: Some even distinguish between hawks and super-hawks. I don't get involved in that sort of discussion. We're not ornithologists.

SPIEGEL: And yet, as the ECB's chief economist, are you recommending that interest rates be raised soon?

Stark: For reasons of the ECB's credibility, and in light of high inflationary expectations, I believe we must seriously review the current key interest rate level.

Stark: As recently as the beginning of this year, the augurs assumed that we would definitely lower interest rates. But, in light of uncertainties, we pursued a calm policy. The first item on the agenda is the interest-rate decision to be reached by the ECB council in early July. We will not allow ourselves to be pinned down to a longer time period. Instead, on a case-by-case basis, we will decide what is necessary to guarantee price stability in the medium term.

SPIEGEL: Prices have not risen more sharply in the United States than they have in Europe, and yet the Federal Reserve (the US central bank) has lowered interest rates. Was that a mistake?

Stark: I'd rather not comment. We are responsible for our monetary area. Price stability begins at home.

SPIEGEL: Nevertheless, you feel the consequences of US monetary policy. The policies of easy money under former Federal Reserve Chairman Alan Greenspan caused the current crisis on the financial markets. It's possible that it will happen again.

Stark: There are some lasting principles in monetary policy. As far back as 1993, (celebrated economist) Irving Fisher said that "easy money" is the root of all exaggeration. Interest rates around the world have been too low for too long.

SPIEGEL: Is cheap money in the US causing another bubble to develop, this time on the commodities markets? 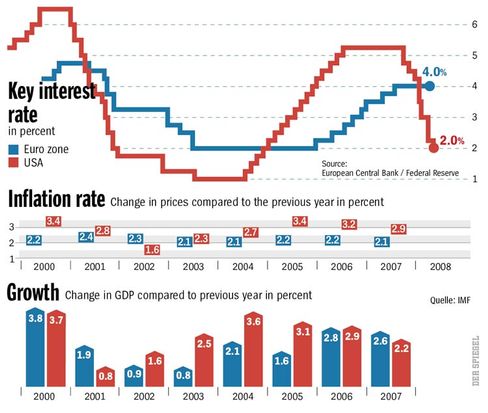 Stark: All indicators suggest that there is plenty of available liquidity worldwide. This money is washing through various asset classes. What emerges from the real estate sector is now migrating to the commodities sector. I see rolling bubbles, that is, dangerous exaggerations moving from one sector to the next.

SPIEGEL: Do you see a development similar to what happened in the 1970s?

Stark: That comparison isn't that far off base. The exploding oil prices in 1973 and 1979 were also accompanied by a sharp increase in food prices. At that time, the United States was also pursuing expansive spending, monetary and wage policies. The result was an international wave of inflation. We also see this happening again today. Globalization's effect of bringing down prices is tapering off. Instead, inflation is rising worldwide, and experts are talking about a trend toward reflation. We central bankers can't allow this to happen. We need to stay vigilant about this.

SPIEGEL: The exchange rate of the dollar against the euro has literally plunged in recent months. How do you feel about a concerted action by the central banks to bolster the dollar?

Stark: Our job is to bring about internal stability, which is why there is no target exchange rate. We shouldn't just see the negative side, that is, that our exported goods are getting more expensive abroad. We can also be pleased about the positive effects of the strong euro. Since the beginning of the year, the price of oil has risen by 40 percent on a dollar basis but by only 30 percent on a euro basis. In recent years, the euro-to-dollar exchange rate has lost much of its relevance to the export and import economy. International invoices are increasingly being issued in euros and no longer in dollars.

SPIEGEL: The US also seems to be considering raising interest rates to head off inflation. Do you feel vindicated in your analysis?

Stark: That's a decision that the Fed must make based on its own internal analyses. It is clear, however, that the inflation rate is even higher there than it is here and that consumers are feeling the painful effects.

SPIEGEL: Many now believe that the United States will be spared a deep recession. Do you agree?

Stark: The ECB's assessment of the US situation has never been as dramatic as that of some analysts. We anticipated that the funding of private consumption with more and more debt -- on which growth in US is to a large extent based -- could not continue forever. The correction is now in full swing. But we do not expect the American economy to crash and then recover just as quickly, as is usually the case there. Instead, we expect a gradual recovery to take place after the downturn. The United States probably faces a longer period of weak growth.

SPIEGEL: Do you believe that the crisis on the financial markets has already been overcome?

Stark: A crisis took place in the US, and it is still taking place. What we have in Europe can at best be described as turbulence. We are now in the 11th month of this turbulence. It's a long period of time, but it was already clear last September that the adjustment process would take time. Some market segments are normalizing once again, while others are still searching for a new equilibrium. This will take a while longer, and the market can remain volatile until then. However, I hope that the worst is behind us.