As the vice president of the European Central Bank (ECB), Vitor Constâncio always had to be cautious. Every sentence and word he uttered about the economy or interest rates had the potential to move financial markets by billions of euros. But now that Constâncio has been in retirement for close to a year, he can speak freely. At the moment, Germany's resistance to debt spending is troubling him.

The economist finds it distressing that the German government is sticking to its mantra of a balanced budget despite negative interest rates on sovereign bonds. "I don't think this attitude makes any economic sense," he told DER SPIEGEL in an interview. If the private sector wants to save more than invest, the Portuguese national argues, "the state should expand its deficit and increase its investments as well as the supply of government bonds." In concrete terms, he's saying the German government should start borrowing money again. The move, he argues, would also "lead to higher interest rates and a lower current account surplus."

In his interview with DER SPIEGEL, Constâncio explains the phenomenon of negative interest rates and why he believes outgoing ECB President Mario Draghi would have preferred to leave office under different circumstances.

DER SPIEGEL: There are fears in Germany that there could also soon be negative interest rates for normal depositors. Most people blame the European Central Bank for this. Last week, the president of the German Savings Banks Association even wrote an open letter to ECB President Mario Draghi accusing him of having abolished interest rates. Is he right?

Constâncio: I don't think so. First, I don't expect that there will be negative interest rates for retail depositors. And second, the central banks or the ECB are not alone behind the whole trend toward low interest rates. Interest rates are low everywhere. There are even countries like Switzerland and Sweden where monetary policy interest rates are lower than those of the ECB. All this is the result of a phenomenon that economists call secular stagnation: In the developed economies, there is a lack of aggregate demand -- or, in other words, a surplus of savings over planned investment.

DER SPIEGEL: So, this means that Germans are saving too much and not spending enough?

Constâncio: Yes. There are mainly demographic reasons for this: People are getting older and saving more. In addition, there has been a greater risk aversion among investors since the financial crisis. That's why they are all looking for safe investments.

Vitor Constâncio, 75, served as the vice president of the European Central Bank (ECB) from 2010 to 2018. Constâncio had previously served as governor of the Portuguese central bank and, as such, was a member of the ECB Governing Council from 2010 until his appointment as vice president. The Portuguese national holds a degree in economics and was a politician in Portugal before embarking on his career as a central banker.

DER SPIEGEL: Will savers ever see interest rates of around 3, 4 or 5 percent again, as was common 10 years ago?

Constâncio: Let us hope so. But to achieve that, companies and governments will have to invest more in order to increase overall economic demand. The central banks are trying to help with this: They want to stimulate spending so that inflation normalizes accordingly. That is their mandate.

DER SPIEGEL: The high demand for safe investments means that the yields on all German bonds have now become negative. In other words, investors are paying to be allowed to lend money to the German government.

Constâncio: Exactly. For investors, safe assets are usually government bonds with a very good rating, i.e. AAA. And in the eurozone, there are actually only the German and Dutch bonds that have such a good rating and also a significant volume. However, the supply of such bonds has not risen, but has fallen since the financial crisis. So, there is excess demand for safe assets and a lack of supply, because there has been budget consolidation and governments are incurring less debt. This excess demand increases prices of bonds, which means that market interest rates and yields go down and even become negative. But there are solutions to this problem.

DER SPIEGEL: What would they be?

Constâncio: We need more safe assets. This can be achieved, for example, by creating a safe European bond -- without the states having to be mutually liable for each other.

DER SPIEGEL: The idea of such Eurobonds is traditionally unpopular in Germany. The other way would be for Germany to borrow more money from the capital markets -- in other words, to incur new debts.

Constâncio: Let me also underline that a European safe asset is different from Eurobonds as proposed in the past, because it does not imply any mutualization. But, of course, more German government borrowing would also increase the supply of safe financial instruments.

DER SPIEGEL: However, the German government does not yet want to deviate from its principle of a "schwarze Null," meaning a balanced budget.

Constâncio: I don't think this attitude makes any economic sense. If the private sector wants to save much more than invest, three things may happen. First, there is a current account surplus. Second, interest rates get lower and lower and asset prices, including property prices, rise sharply. And third, the state can go into deficit to offset "excess" private savings.

DER SPIEGEL: All that happened in Germany.

Constâncio: In such a situation, the state should expand its deficit and increase its investments as well as the supply of government bonds. This would also lead to higher interest rates and a lower current account surplus. Germany would thus be able to solve several problems at once. The very large current account surplus also leads to hostile reactions from other countries, especially from the United States. This entails the danger of retaliation against Europe as a whole and Germany in particular. And this danger has risen recently.

Constâncio: Exactly. And all this means that it would be a good time to increase public investment in the long-term infrastructure so that higher growth is possible in the future, generating higher tax revenues and making it possible to repay the debt later.

DER SPIEGEL: As long as governments do not act, all eyes will be on the ECB: And it seems ready to react. In July, Mario Draghi indicated that further bond buying and interest rate cuts might be necessary. Do you expect such measures to be announced in September?

Constâncio: They are likely to come. The problem, however, is that monetary policy alone will not be enough if the economic downturn leads to a recession. Then fiscal policy will have to become more active throughout the eurozone. There is no alternative to that.

DER SPIEGEL: Mario Draghi will step down as president of the ECB in October. You worked with him for years. Do you think it bothers him that he never raised the key interest rates during his entire term in office?

Constâncio: Every central banker is satisfied if he successfully does what the situation requires. During Mario Draghi's term in office, our economy did not have to struggle with overly high inflation, but with inflation that was too low. So, the situation required an expansionary monetary policy, and that is the only reason that interest rates were not raised during this long period.

DER SPIEGEL: Don't you think he would have liked to show his critics -- especially those in Germany -- at the end of his term of office that he could also raise interest rates?

Constâncio: Yes, I'm sure he would have liked it -- but above all because it would have been a sign that the economic growth had improved significantly. That is the point. But I think Mario Draghi can also be very satisfied with his time in office and his place in the history books. 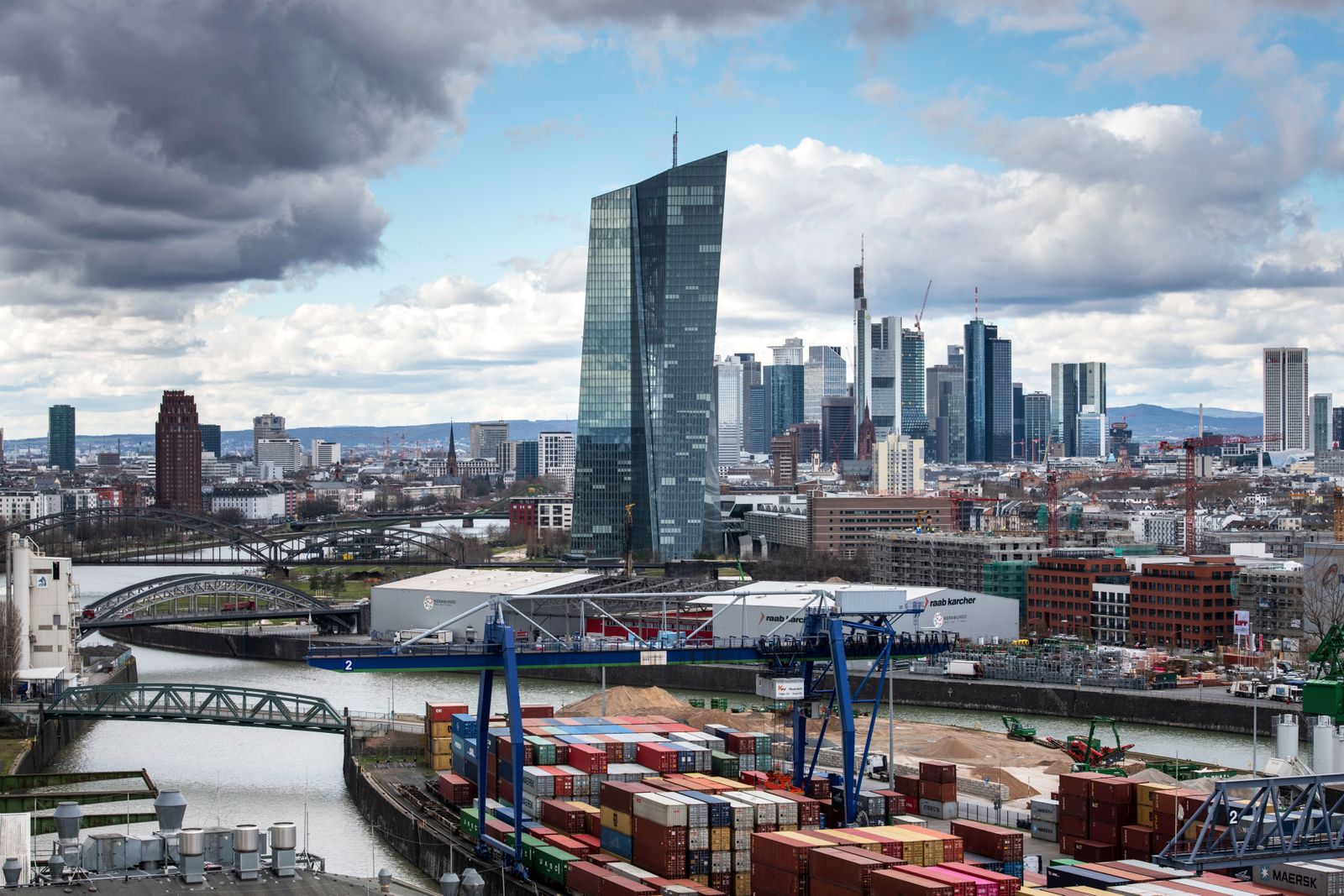